The weather has been so cold lately!   I hate getting out of bed in the mornings and the only thing that gets me going is a hot cup of coffee and a hot breakfast.   Since I don't have a lot of time in the mornings, I don't like to spend much time making breakfast.   Sometimes I just grab breakfast with the kids at school.  Other times I have something easy here.   One of my favorite easy breakfast items is baked oatmeal.    It's great because I can make a pan of it on Sunday and heat it up all week long for breakfast. 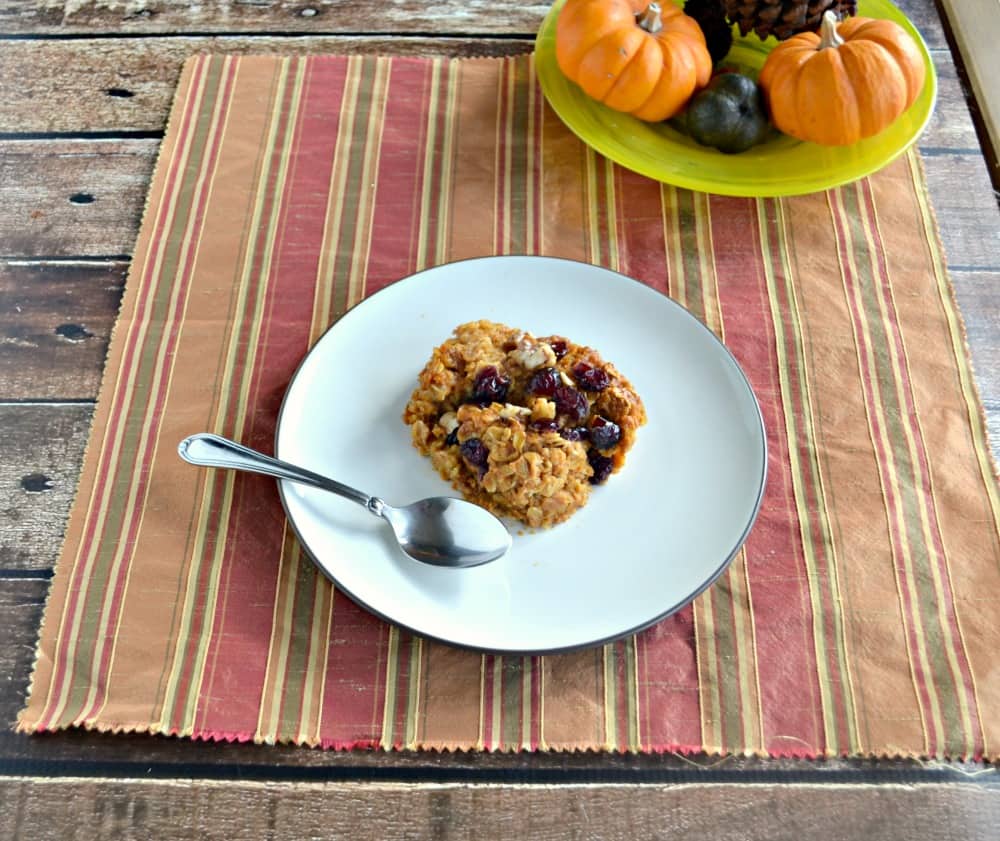 Last year I made a tasty berry baked oatmeal but this year I wanted something warm and comforting.   For me, that meant pumpkin and spices.  I wanted to try and make a pumpkin spice baked oatmeal that was the perfect hot breakfast.  I used oats, cinnamon, brown sugar, pumpkin, and eggs.   Then I added in some milk and eggs.   I needed a fat to add to the oatmeal but I didn't want to use butter.   I looked in my cupboards and found the Cocozia Coconut Oil.   I like using coconut oil in baked goods because it adds the fat I need along with hints of coconut.

Then I needed some goodies in the oatmeal.  I generally like some type of nuts in it and my mom had just bought me a big bag of walnuts so I tossed some of those in.  Then I added craisins on top to give it some added flavor and a little tartness.   After 30 minutes in the oven my house smelled amazing and the baked oatmeal looked delicious.  The first bit was pure bliss.   It was lightly sweetened and tasted of pumpkins, spices, and vaguely of coconut.    The walnuts added a nice crunch and the tartness of the craisins was perfect. 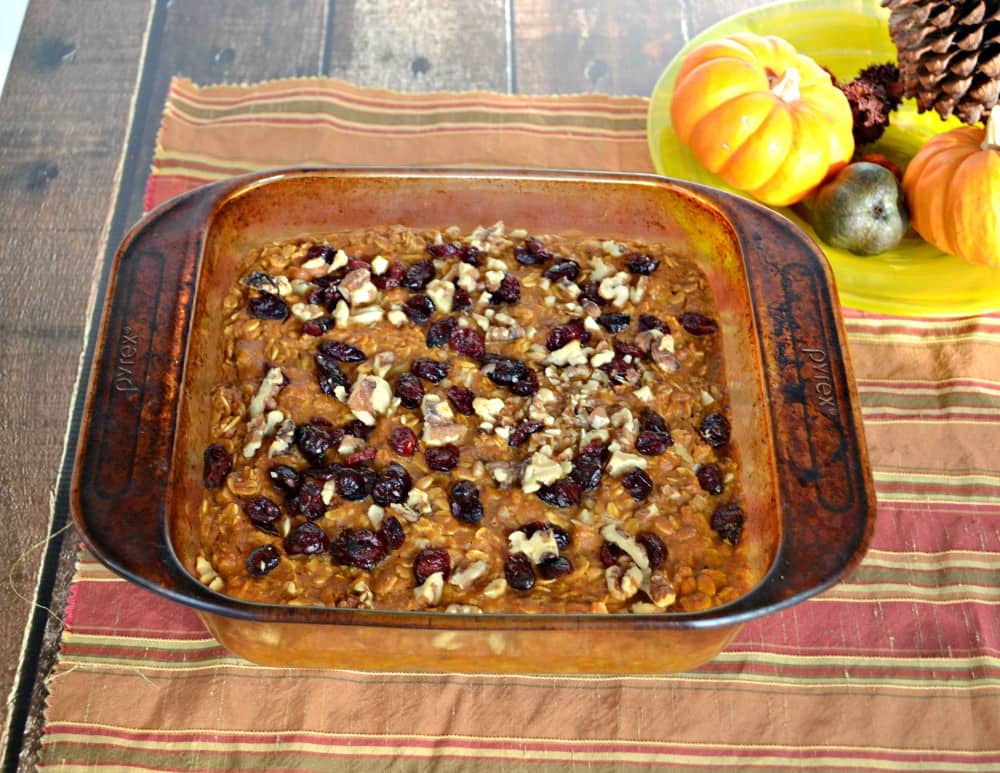 I've been making this every weekend and enjoying it all week long.  I like that it heats up in just 1 minute and is easy to eat.   It's hot which helps on cold days.  It's also very filling so I don't end up snacking in between breakfast and lunch.  It's a delicious cold weather breakfast. 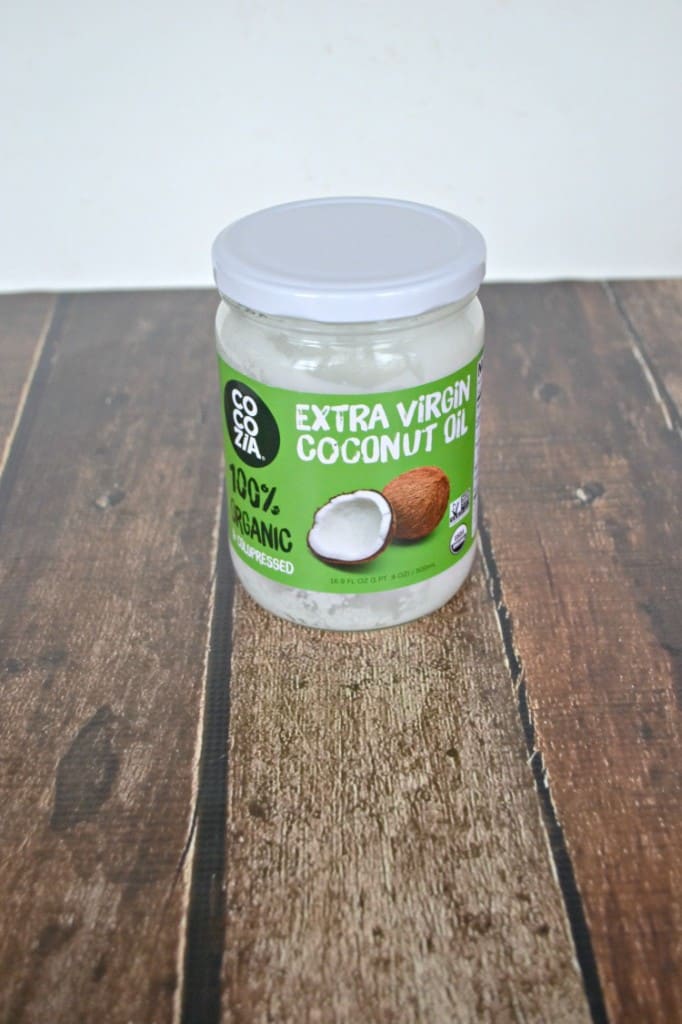 I received a jar of Cocozia Coconut Oil a few weeks back to review.   If you haven't had coconut oil before you should really try it.   Coconut oil is great for cooking, baking, as a skin car product, as a dietary supplement, and even for hair care!   It's so versatile and a jar of coconut oil lasts a long time.   Cocozia Coconut Oil is 100% organic virgin coconut oil.   It is non-GMO project verified and is free of bleach and doedorizers.

I used the coconut oil as a replacement for butter in several of my recipes because I like the flavor.   It's also a great vegan substitute for butter.  I also used the Cocozia Coconut oil on my dried and cracked heels and it makes them so soft and smooth.  It comes in a large 16.9 oz. jar so it lasts for a long time.  I will definitely be buying this coconut oil again! 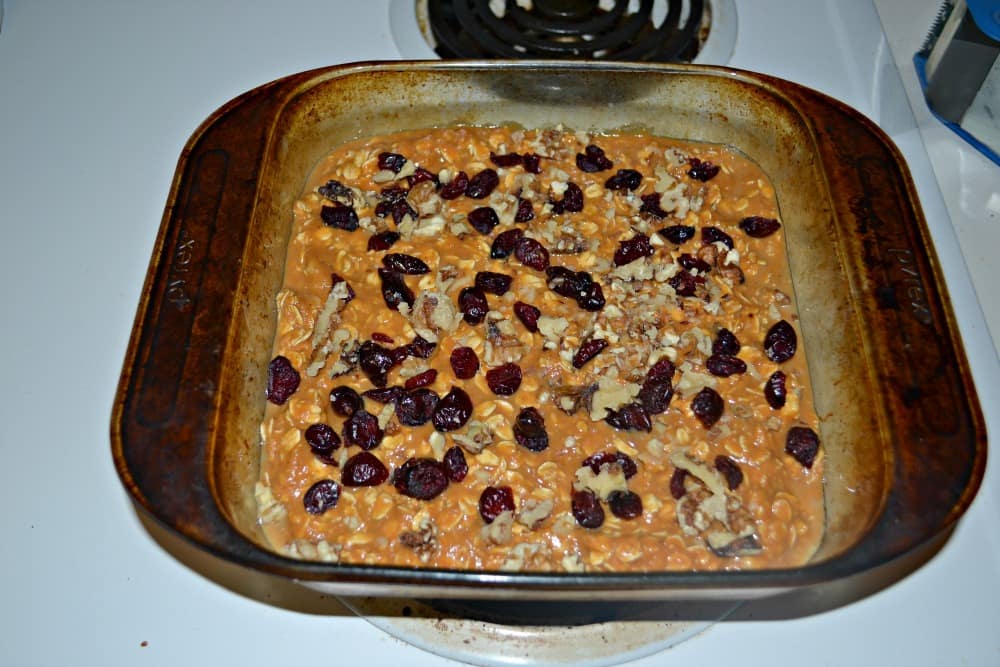 2.  In a large bowl combine the oats, 3 tablespoons of chopped walnuts, baking powder, cinnamon, salt, and brown sugar.  Mix well and set aside.

4.  Pour the pumpkin mixture into the oat mixture and mix until combine.  Pour into a 9 x 13 baking dish.

5.   Sprinkle the top of the oatmeal with craisins and walnuts.   Bake for 30 minutes.   Remove from oven and allow to cool for 10 minutes.

*Place remaining oatmeal in a container and keep in the refrigerator for up to 5 days.   To reheat, place in the microwave for 1 minute.  * 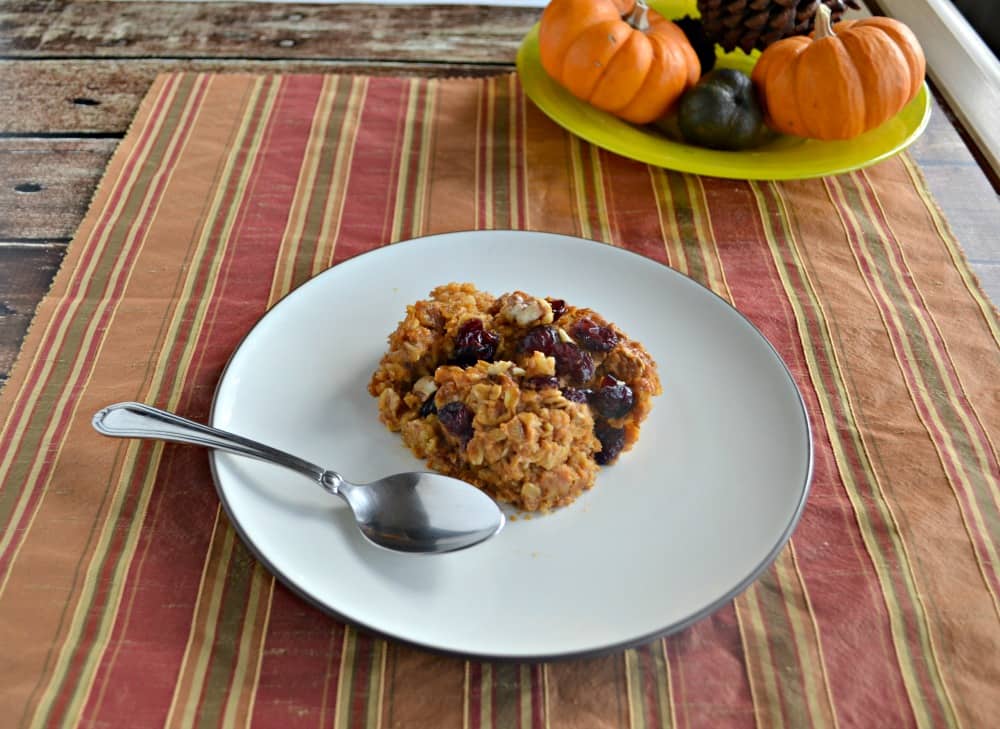