Bean and Bacon Soup is a hearty winter soup made with plenty of beans, bacon, and other vegetables. 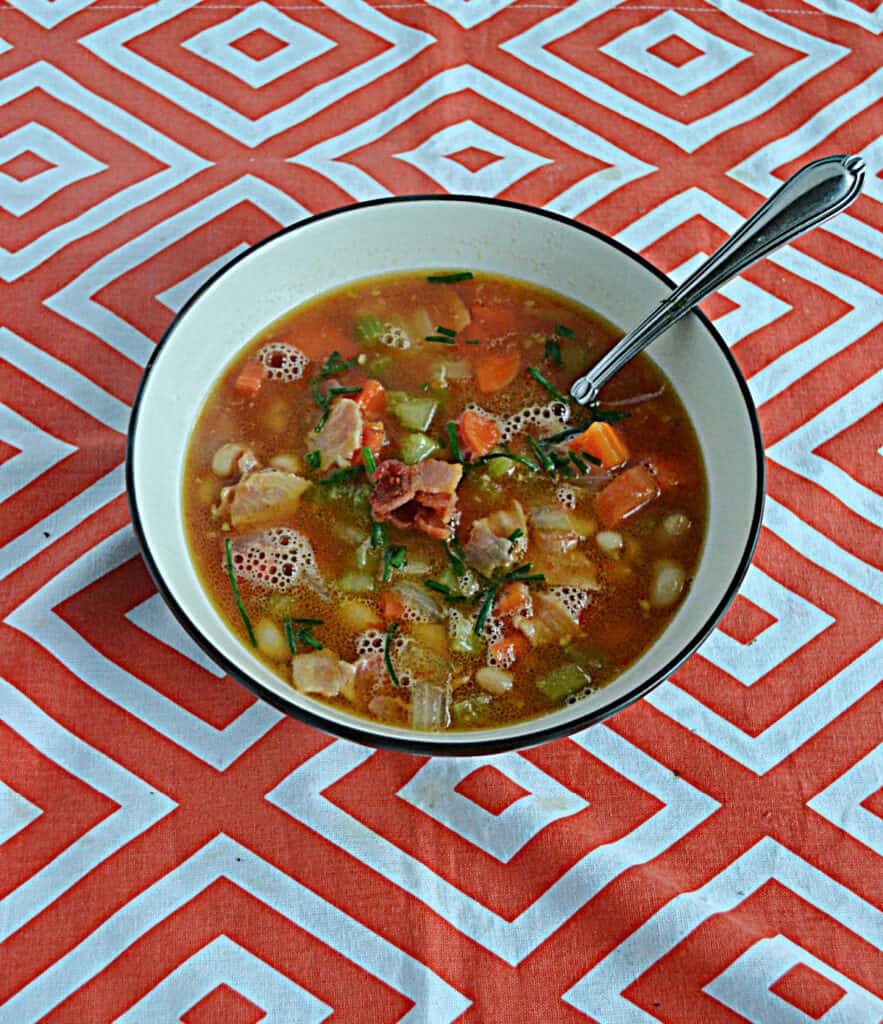 Over the last few weeks my husband has mentioned bean soup several times.  I just smile when he mentions it but secretly I've been wondering what bean soup is all about.

I admit it; I've never had bean soup before!   One of the reasons is that any time I see it there is ham in it and I'm not a big fan of ham.   However, I started looking up recipes for bean soup that don't have ham and I came across one for bean and bacon soup that sounded good. 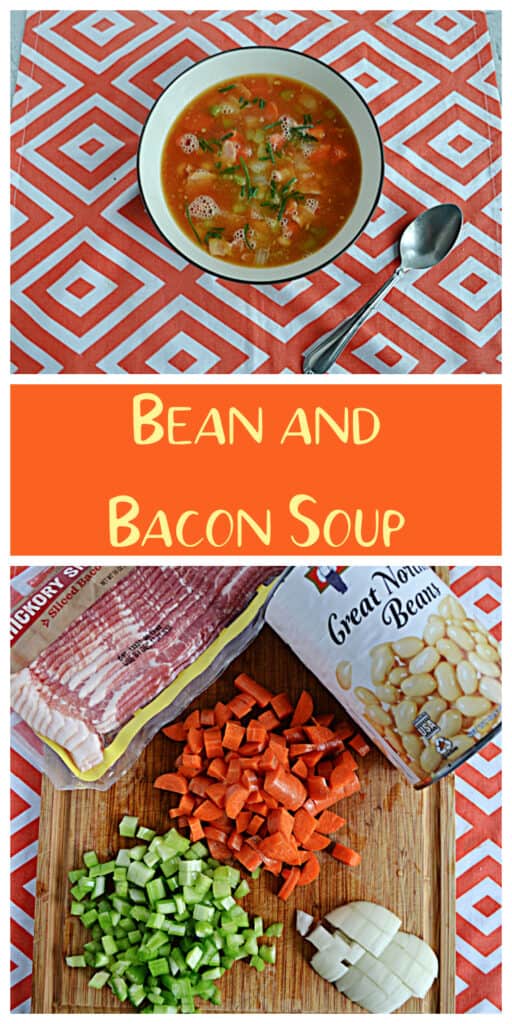 I was surprised that this bean soup had a base like many of my other soups with onions, carrots, celery, garlic, and chicken broth.  That's my soup base for chicken noodle soup, potato soup, and several other soups so I was familiar with that part.

I decided to make this soup during the week because it looked like I could make it in under an hour plus there would be plenty left to enjoy for lunch later on in the week.    A lot of soup recipes take a while to simmer so it's not practical to make them during the week so when I find one that I can make quickly it's pretty exciting.

It's been pretty chilly here lately and I figured a big bowl of soup would be appreciated for lunch or dinner.  We've also been getting a lot of rain so I haven't wanted to run out at lunch time and get anything.

I have a ton of leftover ham from the holidays.  Can I use that in the soup instead of bacon?

Absolutely!   Instead of frying up the bacon and leaving the bacon grease you can put 1 tablespoon of butter in the pan and saute the onions, celery, carrots, and garlic for a few minutes.  Then add in ¾ cup of chopped ham and cook for 2-3 minutes before continuing on with the recipe.

You can use any types of beans you'd like.  Northern Beans are traditional in this recipe but you can use black beans, cannellini beans, or even kidney beans if you'd like.   Go with your favorite.

I don't have any tomato sauce.  Is there anything I can substitute for that?

There certainly is.  If you have chopped or diced tomatoes, either fresh or canned, place 1 cup in a food processor and blend until smooth.  Use this in place of the tomato sauce.   If you happen to have crushed tomatoes in a can you can use that in place of the tomato sauce as well.  Do not use tomato paste as it is much thicker and will cause the soup to because sticky.

Can I make this soup ahead of time?   How long does it last?

You can make it several days in advance.  I often make it Sunday night and then we enjoy it during the week.  This soup will last up to 5 days so it's easy to make ahead of time and refrigerate until you are ready to eat it. 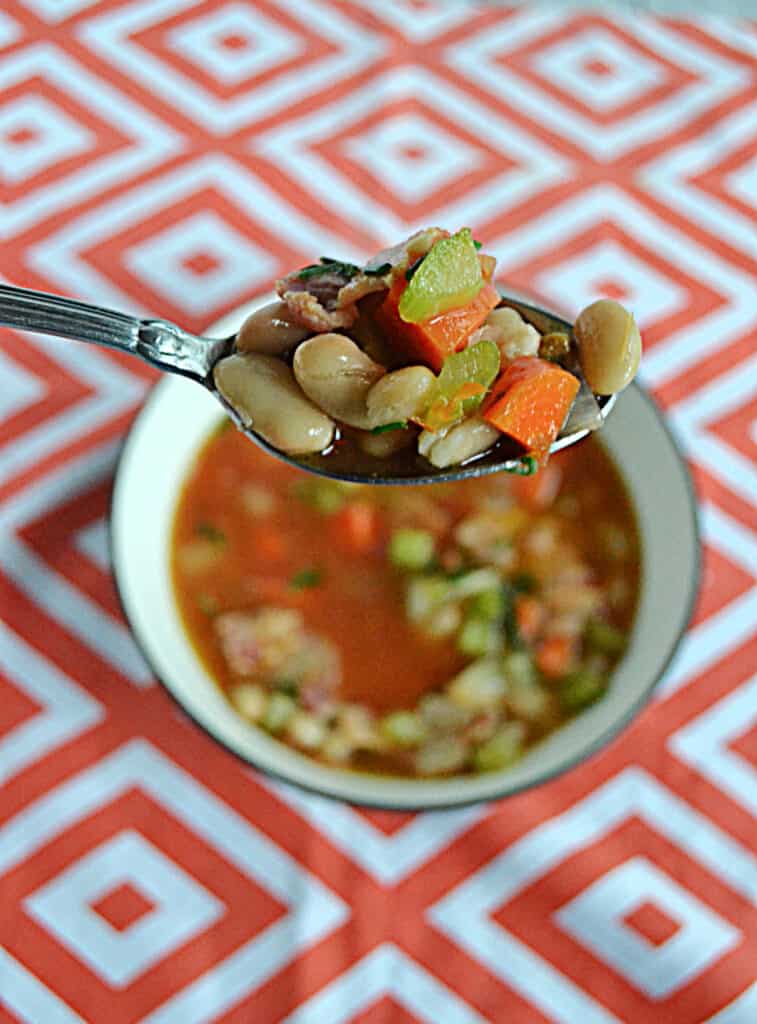 The flavor was really delicious.  I wasn't sure what to expect since I've never had bean soup before but it had flavors of bacon, beans, and vegetables.  The tomato sauce adds a bit of richness to the soup which it really needs.   We enjoyed the soup with some Challah bread we received in our CSA this week and that was the perfect compliment to the soup.

If you’ve tried my Bean and Bacon Soup or any other recipe on Hezzi-D’s Books and Cooks please take a minute to rate the recipe and leave a comment letting me know how you liked it. I love hearing from you! You can FOLLOW ME on: