Every summer I have a list of things I want to finish before I go back to work.  I usually do a really good job of crossing things off the first few weeks but then I slow down.  It either gets too hot to turn on the oven or use the stove or I just find other things I'd rather do. 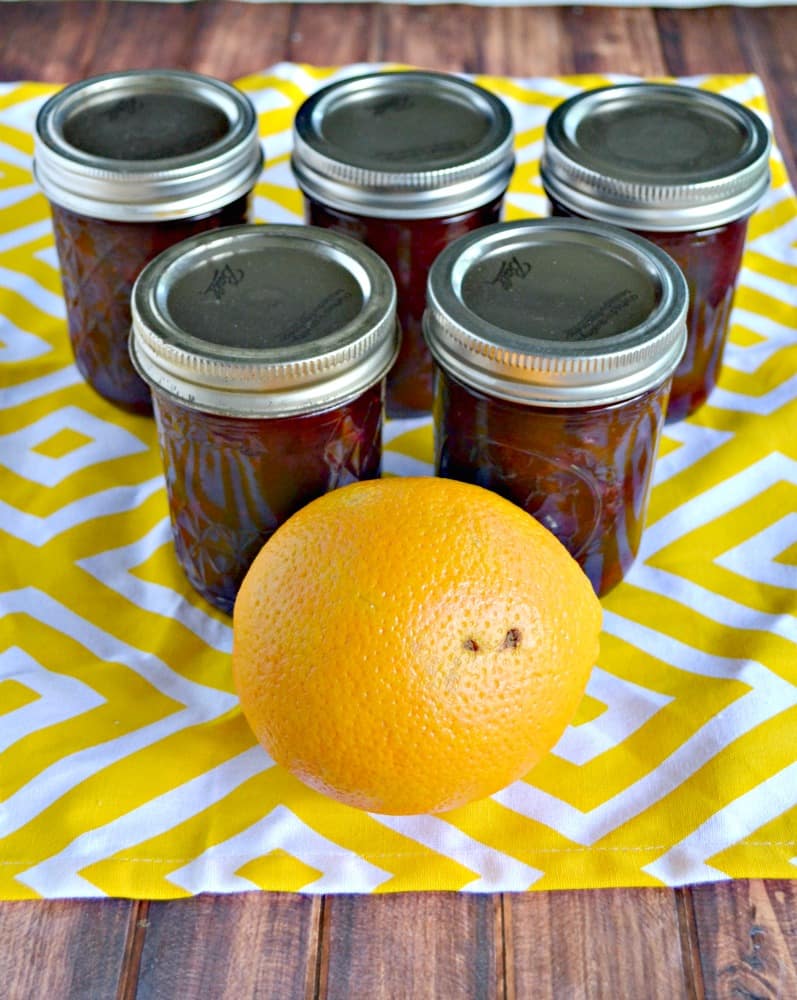 This past summer was no different.  I did awesome in June but by July I was done with it.  So the week before school started I looked at my list and started freaking out.  There were so many things left on the list!    I got it into my head one day that if I went to the farmer's market and the grocery store early that I could come home and do a bunch of canning.  I had 3 things on my list under canning and wanting to do them all in one day. 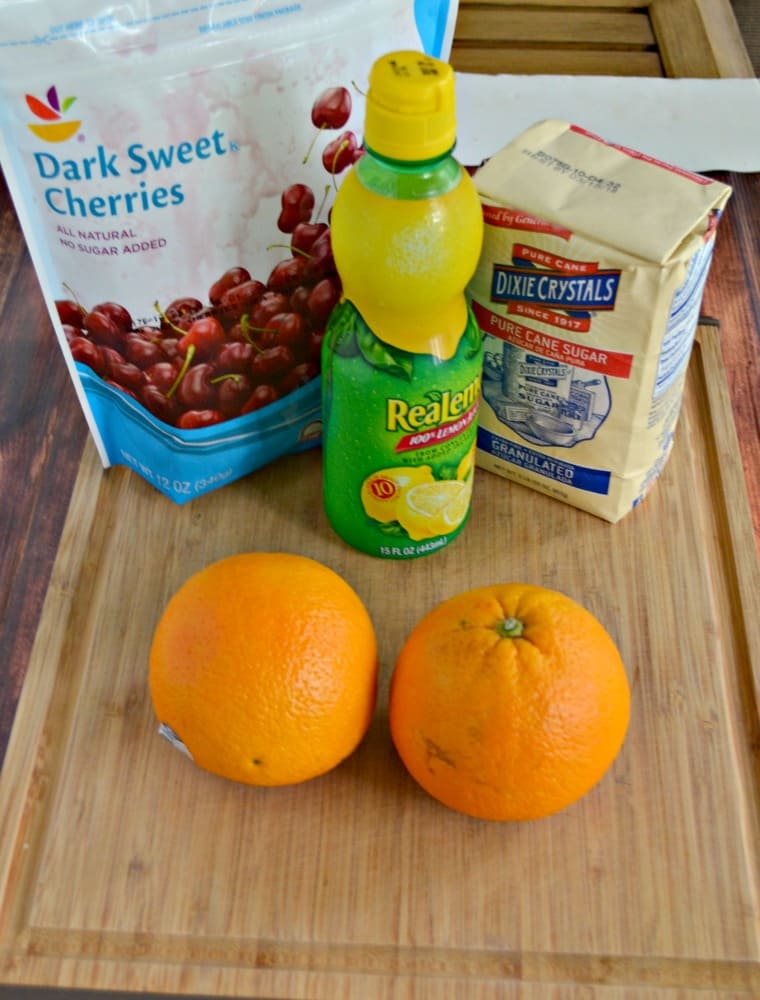 I ended up doing it.  It was super hot that day and I was sweating in the kitchen but because I did them all in a row it only took about 3 hours.   The first jam I canned was this Blood and Sand Jam.   Weird name right?   I thought so but I loved what was in it.  I also thought it would be a fabulous homemade holiday gift which is the theme for this weeks Sunday Supper.

So this jam is based on the flavors of the cocktail Blood and Sand.  It is filled with oranges, cherries, and lemon juice.  Then it's supposed to have Scotch, cherry brandy, and bitters in it.   I'll be the first to admit I didn't put any of those in my jam.  I didn't have any of these in my house and wasn't going to buy them just for this jam.  So instead I used citrus vodka and cherry vodka.   I hoped it would taste just as good. 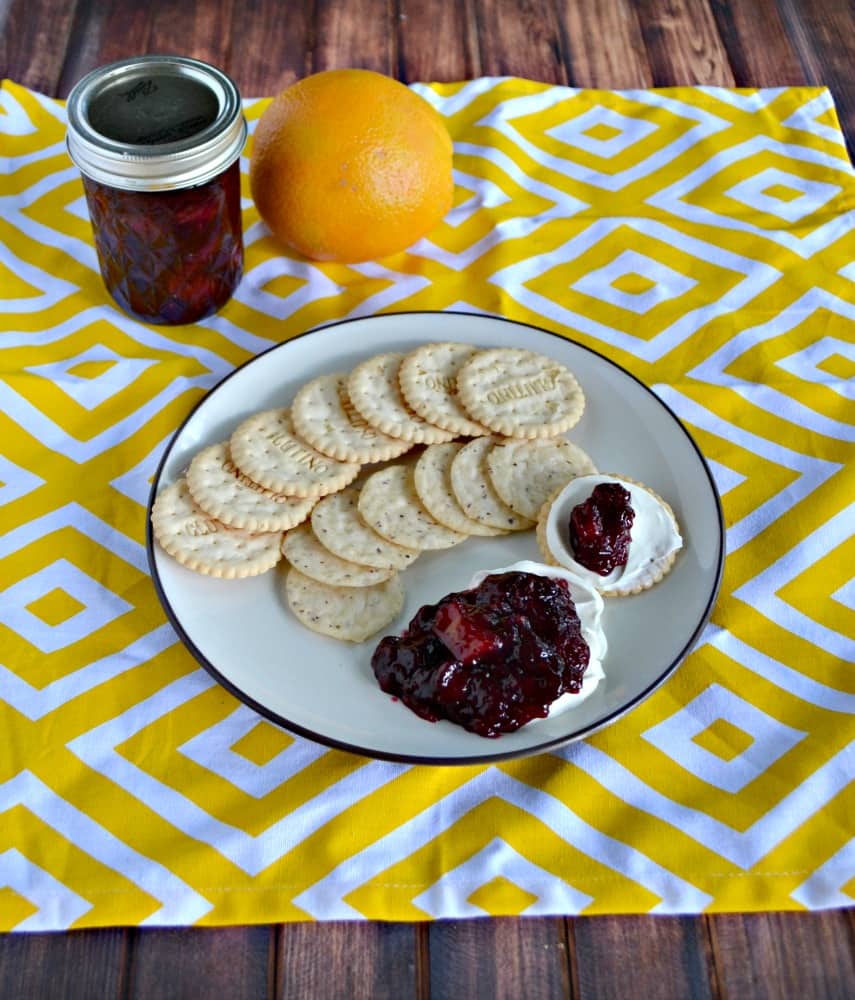 I whipped this one up and it was really easy.  You have to make sure to start a few hours before you want to make the jam because the oranges have to boil on the stove for a while.   It makes this jam easier though because there is no need to peel the oranges which makes it super easy.  I also bought frozen black cherries so they were already pitted which made this jam a snap!

I whipped up the jam, put in the liquor, and hoped it would work.  I was worried because of the lack of pectin in the recipe but oranges have a natural pectin and after boiling for 15 minutes it became thick enough for me to jar. 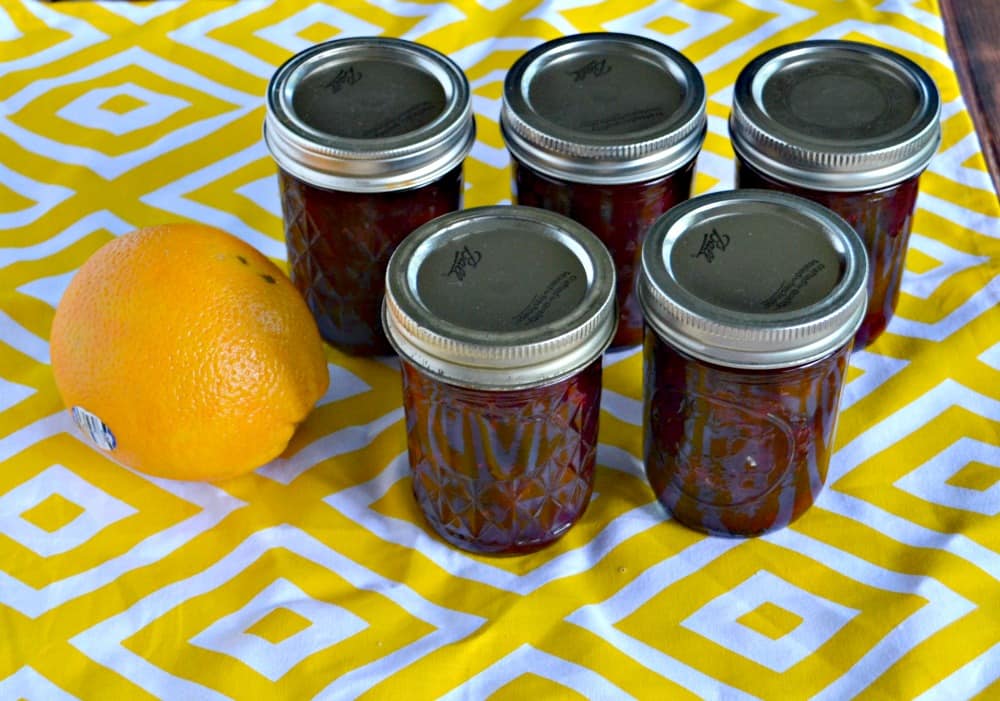 The resulting jam is one of my favorites to date!   It's sweet from the cherries and tart from the oranges plus you can taste the liquor in it.   I found it best to use it on biscuits or toast but it was also super delicious on top of an adult sundae.   Such great flavors and it's a gorgeous deep burgundy color.   I can't wait to give these as Christmas gifts! 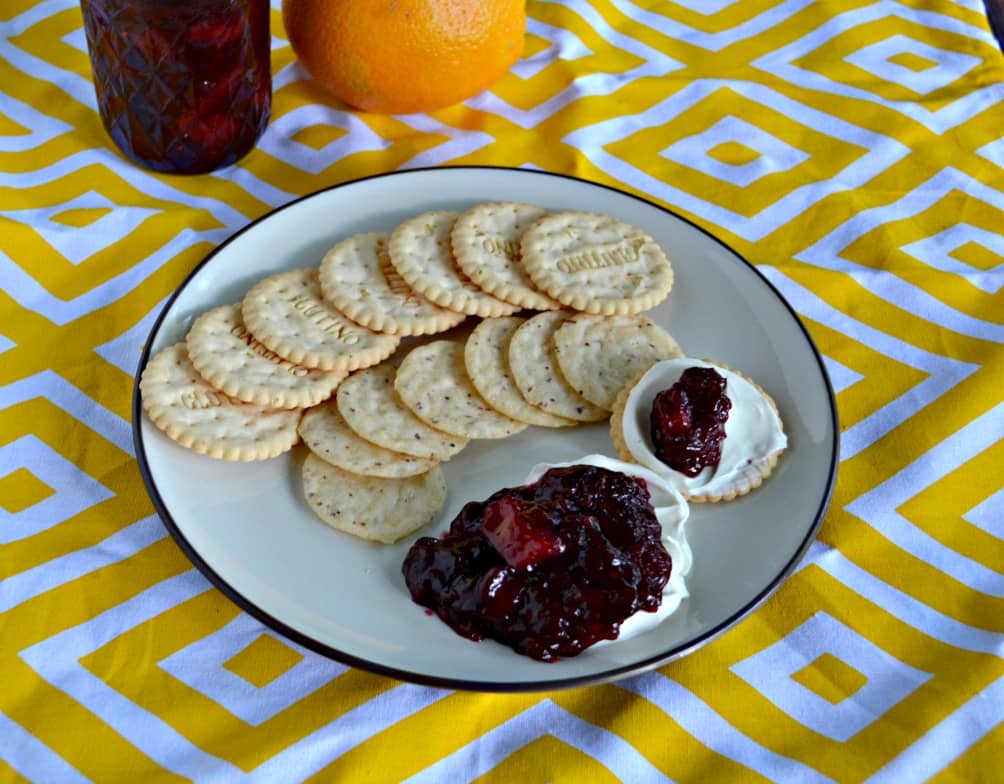