Sixteen-year-old werewolf princess Ashling Boru is different from other wolves—she was able to shift to wolf form at birth. Rather than bringing pride to her family, it brings fear, and as a result, she is forced to live in seclusion in Ireland’s countryside. Ashling’s reputation is further blackened when she refuses her betrothed and defies the ancient laws. When her pack’s oldest rivals begin hunting her, she finds herself in the small town of York Harbor, Maine—far from everything she’s ever known.

In Maine, she crosses paths with the dark and rebellious Grey Donavan, and something ignites within her soul. There’s just one problem: Grey is human. Their instant connection turns into a passionate romance, and Ashling begins to believe she can create her own life outside of wolf laws. When she begins to uncover long-buried pack secrets—secrets that threaten to destroy all she holds dear—Ashling’s courage and tenacity are tested. Will she choose her deep and enduring love for Grey, or will she follow Old Mother’s path to her destiny?  (-synopsis) 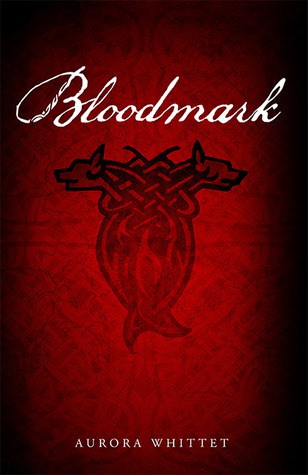 This novel begins Ashling and her Mother going to their family home.   Ashling is fourteen years old and has not yet been claimed by her family so she has spent the last 14 years living in the cliffs with her mother.  While she has 4 brothers she barely knows the oldest two or her father.  Her brother Mund makes monthly visits to see her and Quinn has visited when he can.  So when Ashling is finally invited to go to the castle she hopes her father will mark her as one of his pack.

Ashling is distraught to learn the only reason her father has called her home is to tell her she is getting married to another Werewolf...one she does not know.  In an act of defiance she refuses to marry him and Mother and Mund whisk her off.

Fast forward two years and they are living in peace until Adomnan finds them.   Needing the protection of her father she runs home to him.   While hoping to hear he will protect her she is sent away to live with Baran, an old friend of her mothers.

Ashling's world is turned upside down as she goes with Baran to America.   She has never lived among humans and now has to pass as one of them.  She is not to turn into her wolf form and has to obey many rules.   Ashling is angry until she meets Grey.

It's like a bolt of lightening when she sees him.  She knows she has to have him and he feels the same way.  The only problem is that Baran forbids her to see him.   She doesn't understand why he feels this way but only knows it stems from something he keeps hidden.

There are so many secrets Ashling doesn't know about herself.   She is the prophecy that was told hundreds of years ago.  She is the wolf who will unite all of the wolf packs on Earth.  What Ashling doesn't understand is how that will happen or why she was chosen.  All she knows is that she doesn't want to do it if Grey isn't with her.

The rest of the book is fast paces and furious.  Grey and Ashling learn that there attraction is so much more then lust.   They also learn secrets about their families and why their families want to keep them apart.  Add to that the fact that Adomnan is still stalking her and he won't quit until she is his.

There's a lot of fighting in this book between werewolves and a lot of love between couples and family.  There's also some human high school incidents thrown in the mix.  It's an interesting tale and I found I couldn't put the book down.  In fact, I read it in one day!

Ashling is a wild sixteen year old who is fiercely loyal to the ones she loves.   She cannot be tamed and she's ok with that.   She knows that she is the one who will fulfill the prophecy but she doesn't know how she's supposed to do that.

Grey is a young man being torn apart by his heritage.  His mother and father were both something not quite human but Grey doesn't yet know this.   While he knows he loves Ashling and wants to be with her he also must listen to his father who wants to keep them apart.

I thought the character development in this book was wonderful.  We get a good look at Ashling, Grey, Mund, Baran, and Tegan.   We also learn a lot about the other, minor characters.  I like that the development was both individual and as a family unit.  I felt like it gave me good insight into each of the characters.

I'm giving this book 4 starts instead of 5 but I want to explain why.  While I clearly loved this book there were a few cheesy teenage parts that I didn't like.  I realize they were trying to build up Ashling's character and her being in a high school but some parts were just over the top and too much.   Other then that I thought this was a great paranormal book and I can't wait to read the next two books in the series!