Halloween is quickly approaching and that means I'm making all the scary desserts I can! I try to start making desserts for the next holiday about a month in advance so I can try them out ahead of time as well as get them on the blog before the actual holiday.   This works out about 75% of the time. 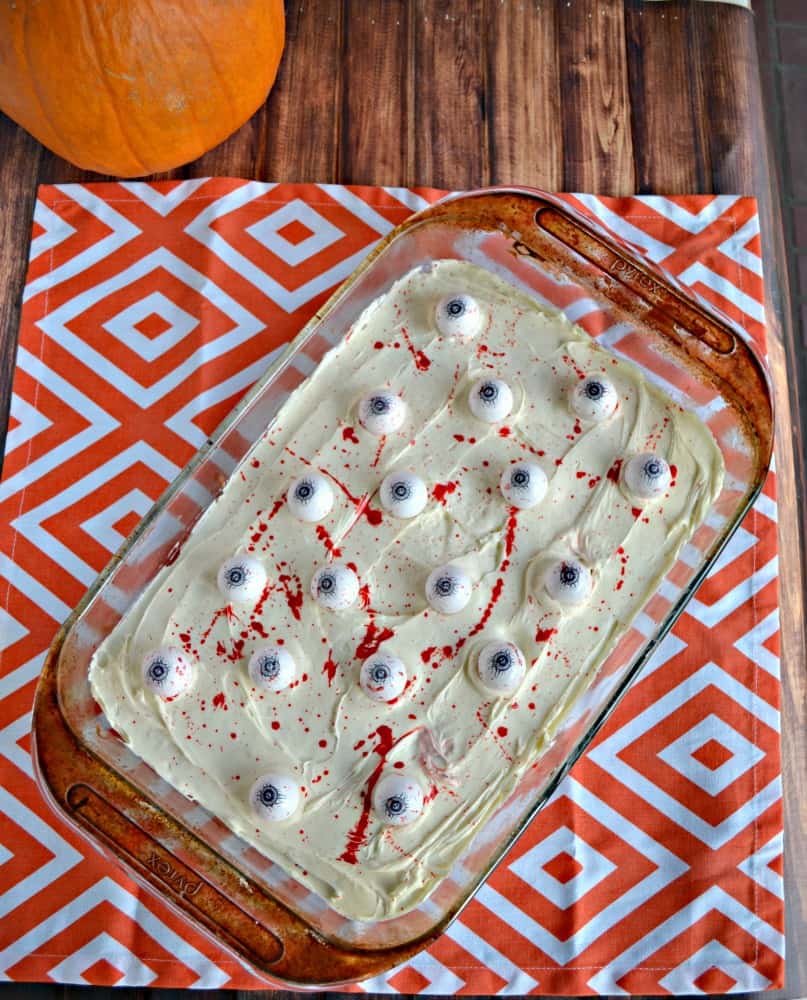 So let's talk about these brownies.  I actually made them last year for my students Halloween reward party.  The story behind these brownies is that it was the night before the party and I was looking for something to make.  I already had Rice Krispies Treats and Vanilla cupcakes so I wanted something chocolate. 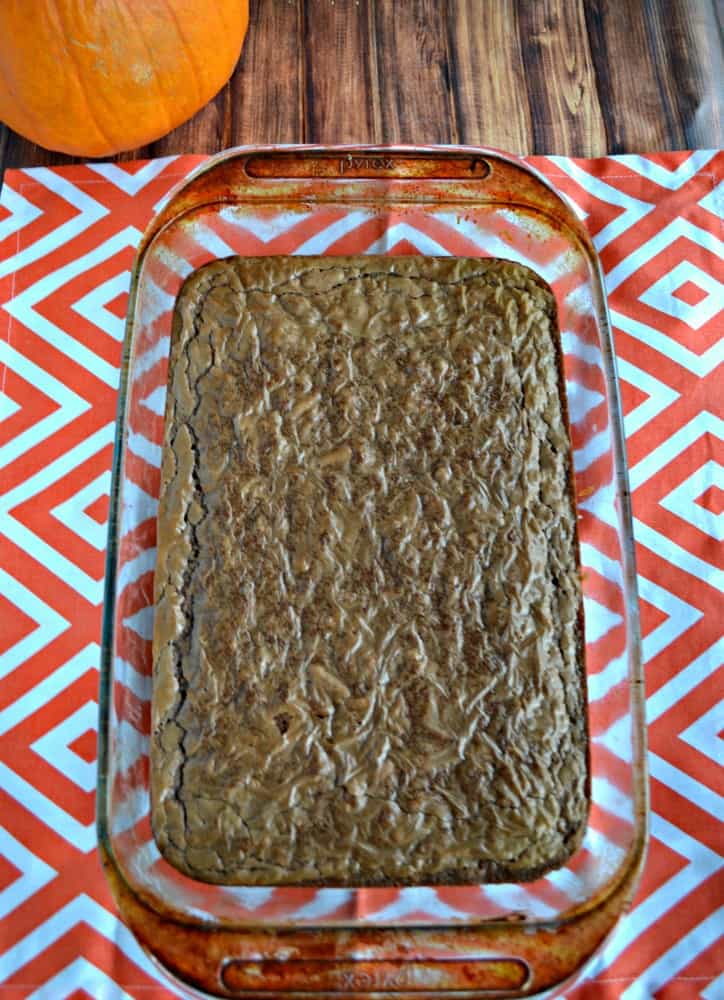 I looked in the pantry and found a box of fudge brownie mix.   That's right, these are made with boxed brownies.  I always keep a box of brownie mix, a box of white or yellow cake mix, and a container of frosting in my pantry.   While I love to make homemade baked goods sometimes I just don't have the time so I'll whip up a box mix and then put really cool decorations on it or I'll add to the mix to make it a semi-homemade treat.   It's actually fun to doctor up some box mixes.

Back to these brownies, I whipped them up according to the package directions and put them in the oven.   While they were in the oven I started searching the cupboards for something to use to decorate them.   I came up with a package of gumball eyes.   Where did I get these from?  I have absolutely no idea but inspiration struck as soon as I had them in my hand.

When the brownies were finished I pulled them out of the oven and set them to cool.  I grabbed a container of cream cheese frosting from the cupboard and frosted them as soon as they were cool enough.  Before adding on the eyeballs I wanted to add some "blood" spatters to the brownies.  I thought it would be cool to make bloody eyeball brownies for Halloween. 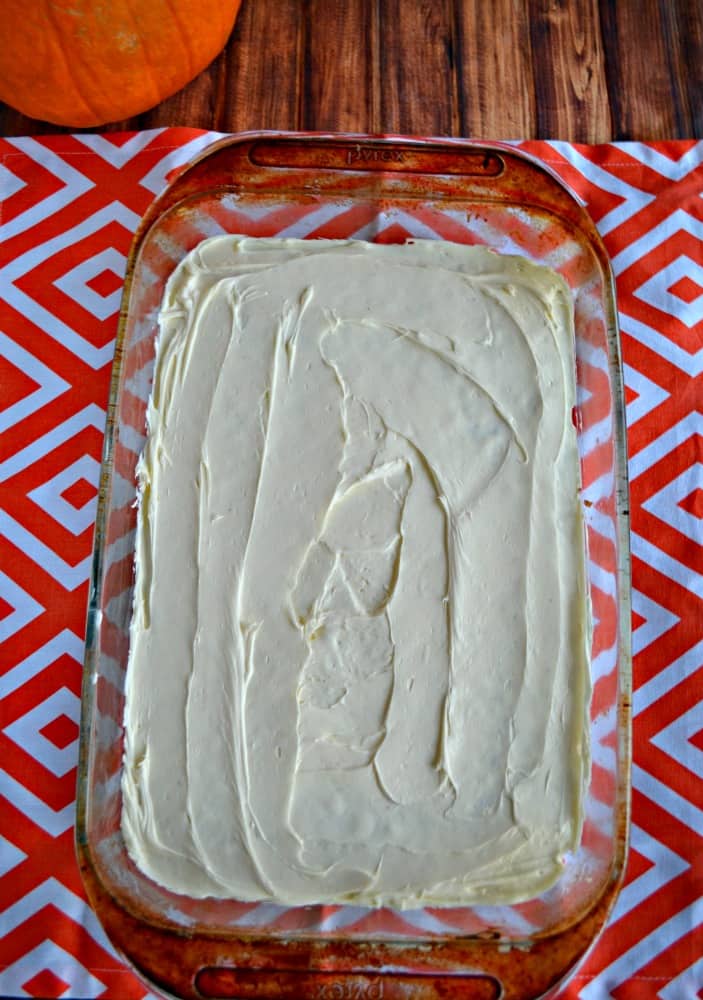 All I did to make the blood spatter was to combine a bit of red food coloring with a few drops of water.   Then I dipped a paint brush (one that I only use for food!) into the mixture and then I tapped it on the side of the brownie pan.  To my sheer delight a blood spatter ended up on top of the brownies!  It looked awesome so I continued putting more blood spatters all over my brownies.  Then I took my gumball eyes and put them on top of the frosting. 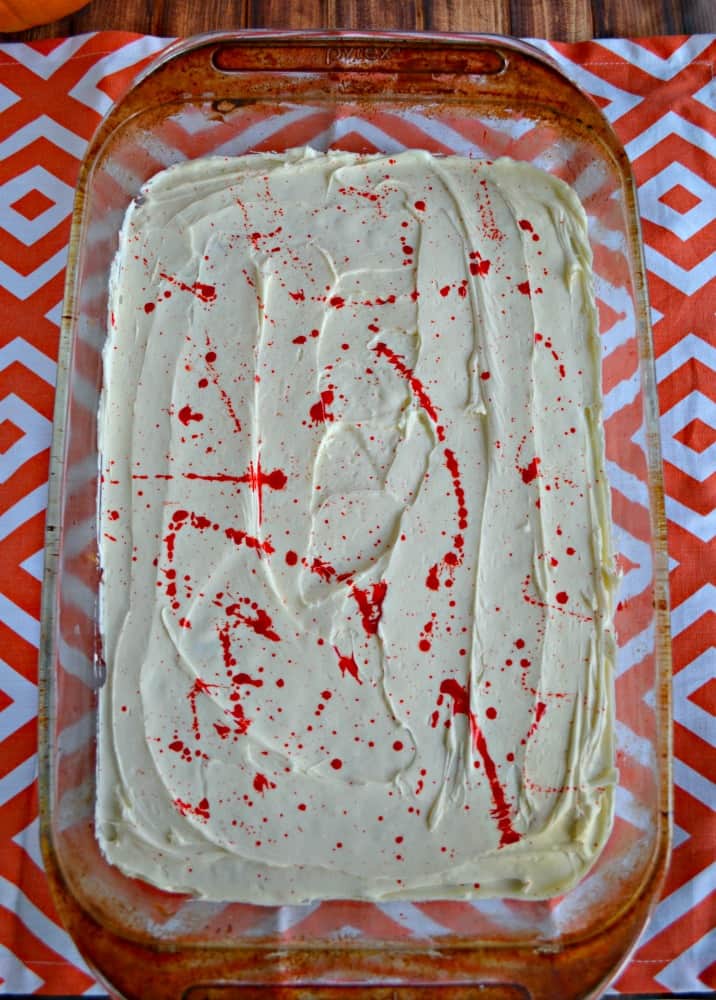 The brownies ended up looking really creepy but pretty cool.   The kids loved them!  They thought it was fun and scary to have "blood" and "eyeballs" on top of their treats.  They all wanted to know how I made the blood spatters and were telling all of their friends about the spooky treats.  The brownies were such a huge success that I'll be making them again this year! 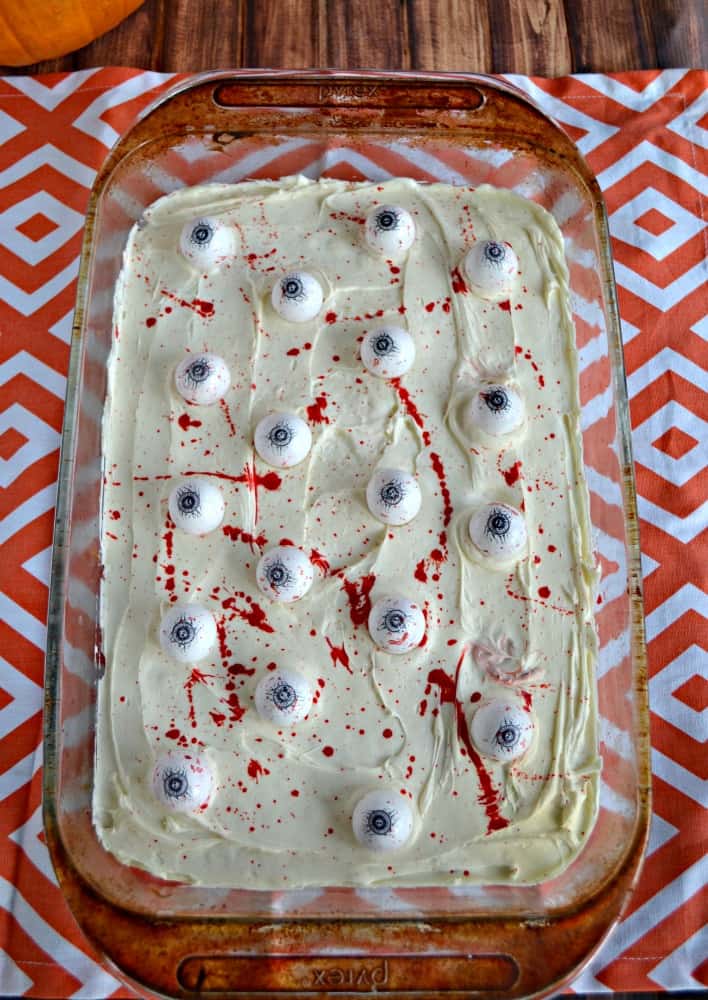