My go to desserts are usually cupcakes and cookies.   When I'm going to a party or bringing a holiday dessert I normally turn to cakes.  However, over the past few months I've found myself making more and more pies.  There's something about a piping hot pie coming out of the oven on a cold winter's day. 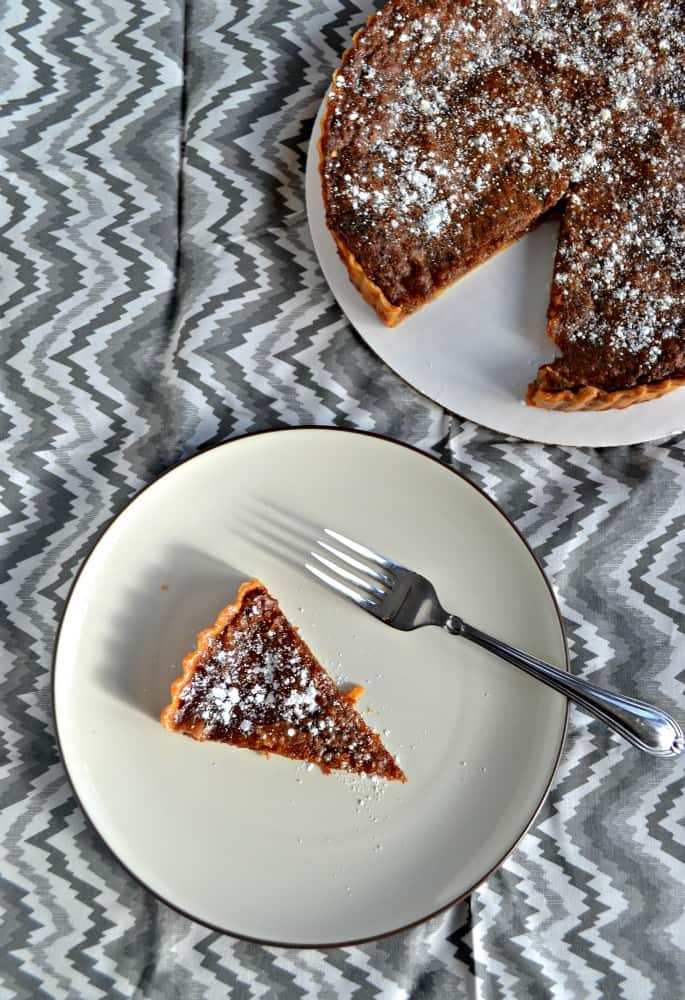 This week Sunday Supper is all about pies!  I'm talking sweet pies, savory pies, fruit pies, and chocolate pies.   My all time favorite pies are fruit pies.   I've always been an apple pie fan but I'm pretty sure this Apple Pear Pie with Crumble Topping and Caramel Drizzle is my new favorite.  I've made it three times this winter, once for a holiday dessert and twice because I just had to have it!

Now I wanted to make something a little different for this weeks pie.  I had it all set.  I was going to try an Eclair Pie.  I thought it would be fun and it looked pretty easy to make.  However, we had a huge snowstorm and I was snowed in for several days which of course meant that I was in the kitchen.   I had none of the ingredients I needed for the Eclair Pie so I started searching. 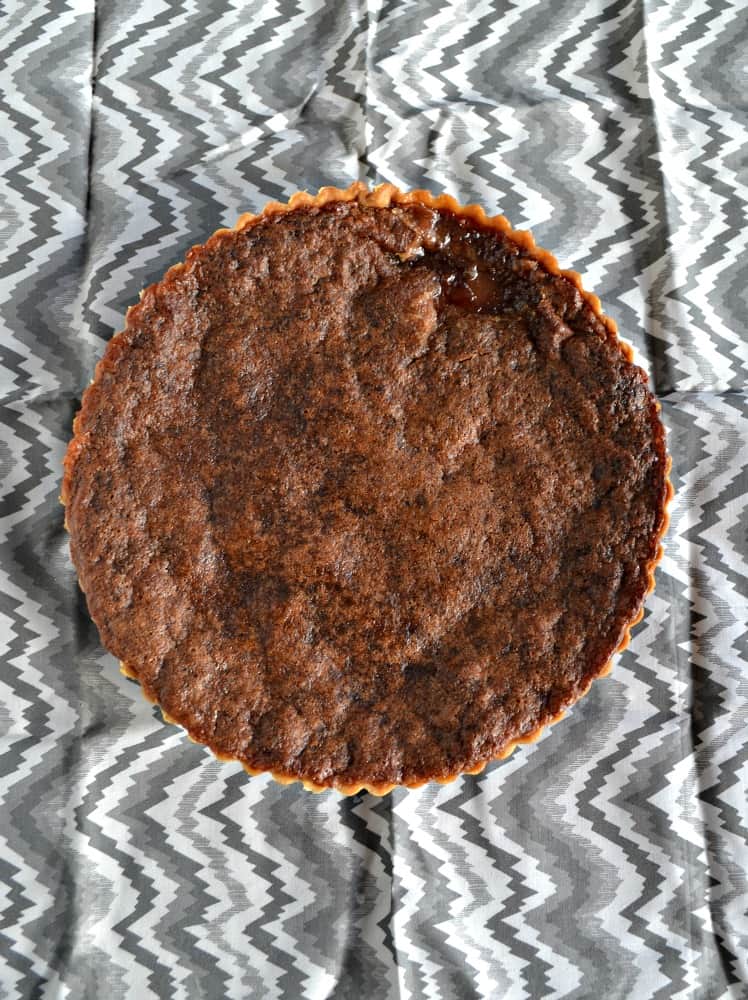 I hardly had any fruit and what I did have were blood oranges. However, I'd made a Blood Orange Chess Pie a few years ago and that was about the only recipe I could find for a blood orange pie.  I had 2 apples and that wasn't enough for a pie either.  I could have made a pudding pie of some sort but that seemed boring.

So after doing some research on my computer for pies that weren't chocolate, pudding, or filled with fruit what I was left with was Brown Sugar Pie.  I have to admit, I loved the simplicity of it.  It has 5 ingredients besides the spices.  That's it! 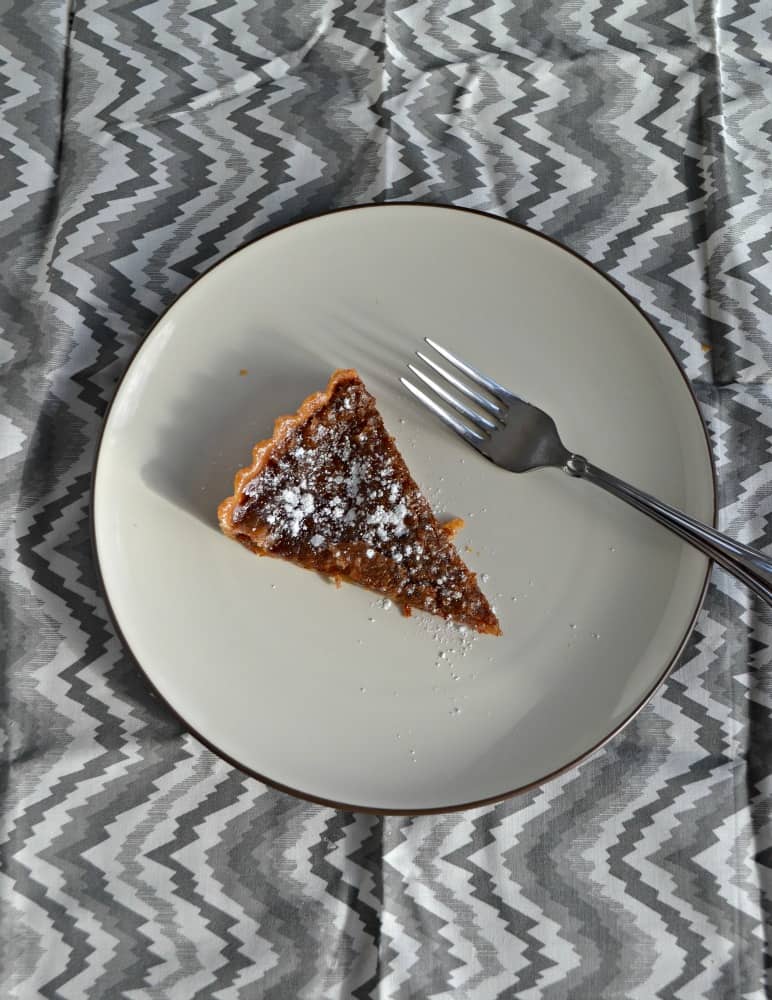 Another problem arose when I realized I only had 1 pie pan.  Apparently I left the other one at my mom's house over Christmas.   The one I had was filled with a chocolate chip pie.  So I had to make do with a tart pan.  I put the pie crust in the pan and snipped off the edges.   I whipped up the pie and filled it with just ¾ of the filling.  If I was making it in a pie pan I would have used all of it.

A word to the wise, put a baking pan underneath the pie pan or tart pan.  After about 30 minutes I started seeing smoke coming out of my oven.   The filling had poured over the side and onto the bottom of the oven.  It was like liquid caramel so I had to pull the pie out, carefully clean it up, and put the pie back in. 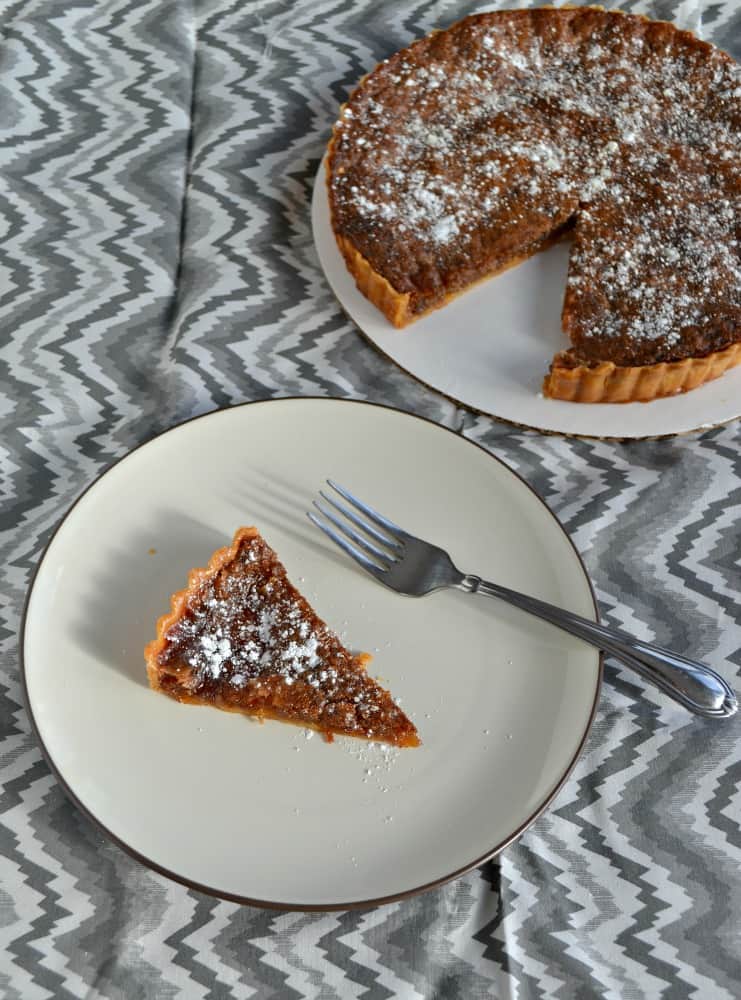 The good news is that it came out looking pretty good.  I wasn't sure how it would taste since I've never had a brown sugar pie before.   I cut a slice and it looked like thick caramel inside.   The top was brown and a little boring so I sprinkled some powdered sugar on top and it really gave it that wow factor.

The pie?  AMAZING.  It tasted like a caramel pie.  The texture was a little thicker but it was all caramel.   It was one of the best pies I've had.  When my husband got home he had a piece of it and a pie of the chocolate chip pie.   He expected to like the chocolate chip one better but after trying this one he said it was the clear winner.  I had to agree. 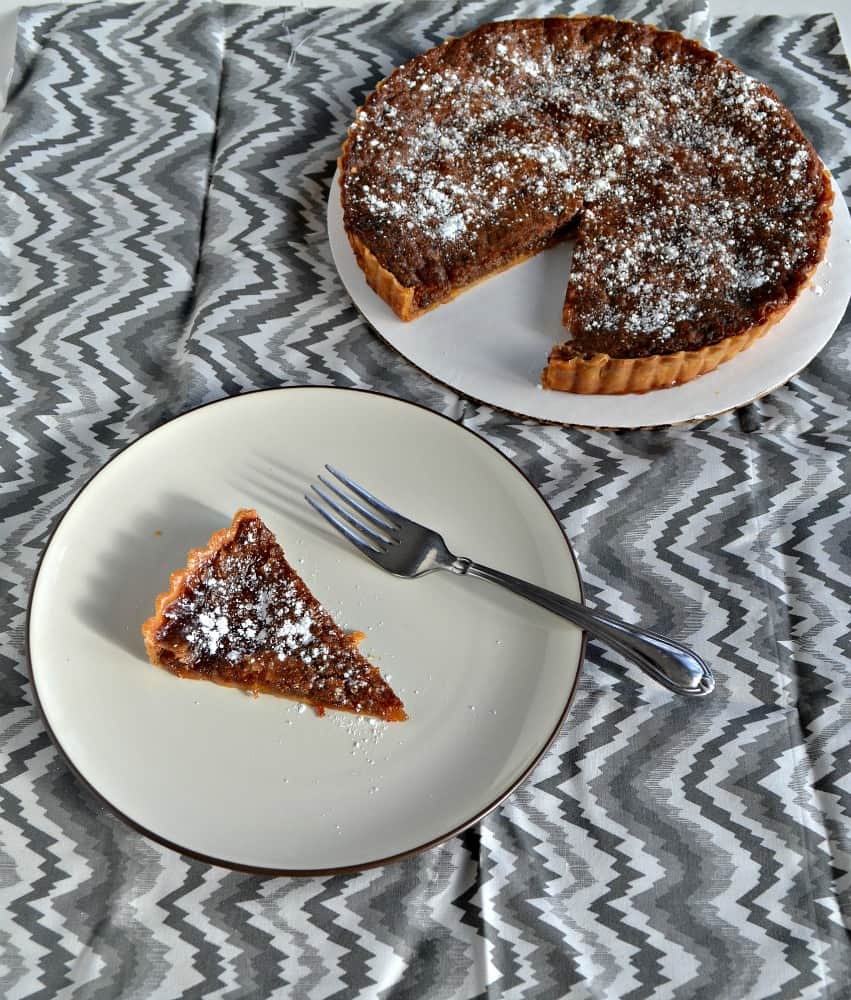