In the debate between which is better, brownies or blondies, I am strongly in the blondie camp.   Sure I like a good brownie but I'd rather have a good blondie any day. To me a good blondie it a firm exterior but a soft interior.  It's filled with delicious flavors and cooked to perfection. 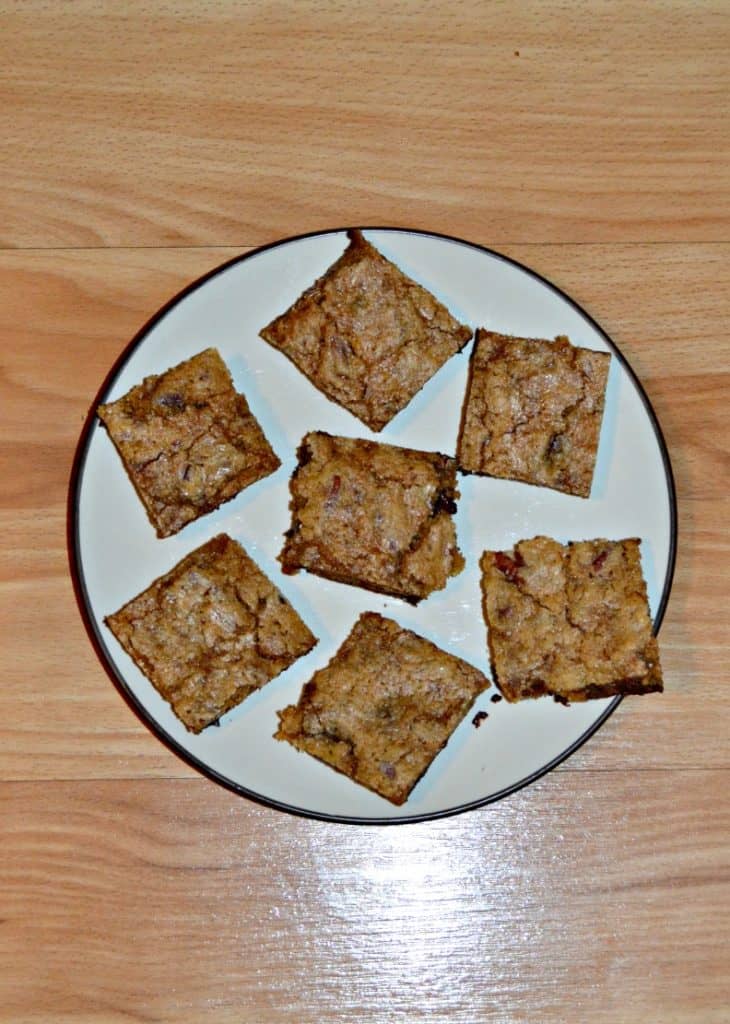 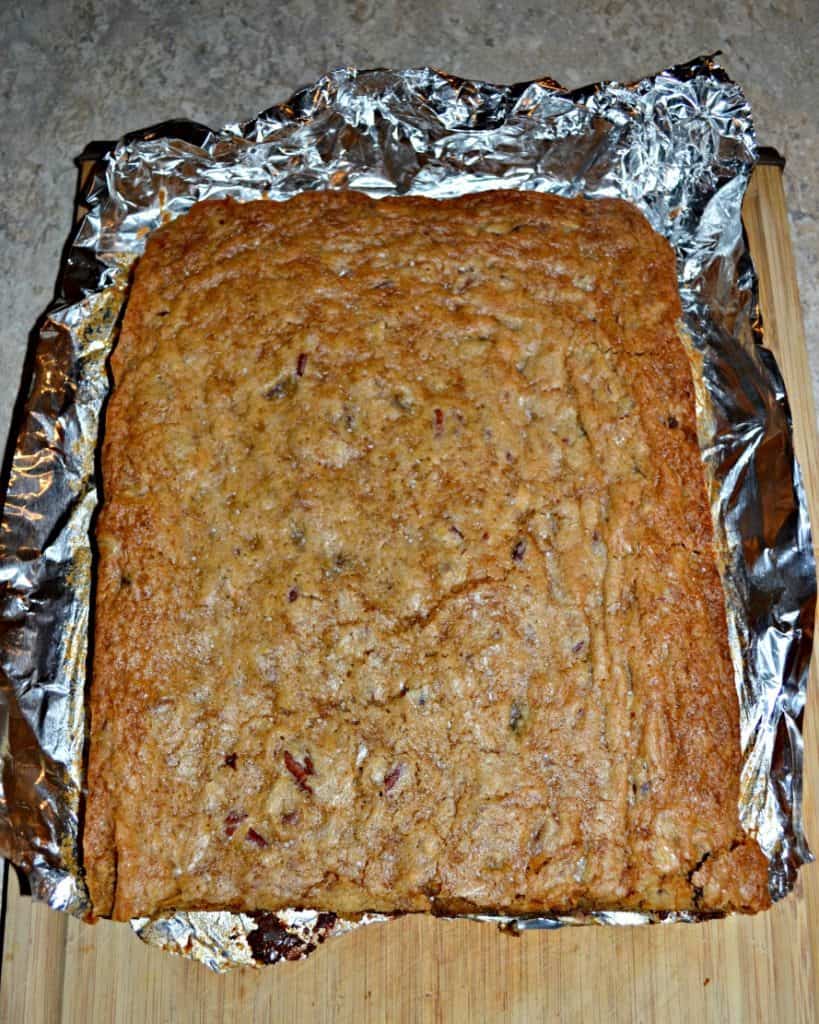 In addition to the browned butter this version of blondies has toasted pecans and chocolate chips in it.  Many of the blondies recipes I make have chocolate chips in it and some have had pecans.  I like that the pecans are toasted first in this recipe because it really brings out their flavors in the bars.

One thing that is totally different in this recipe then any other I've made is that there is corn syrup in it.  That's a new ingredient in blondies for me. I'm not sure why it is added to this recipe but the overall blondies are pretty awesome so I'm guessing it does something good to the cookies. 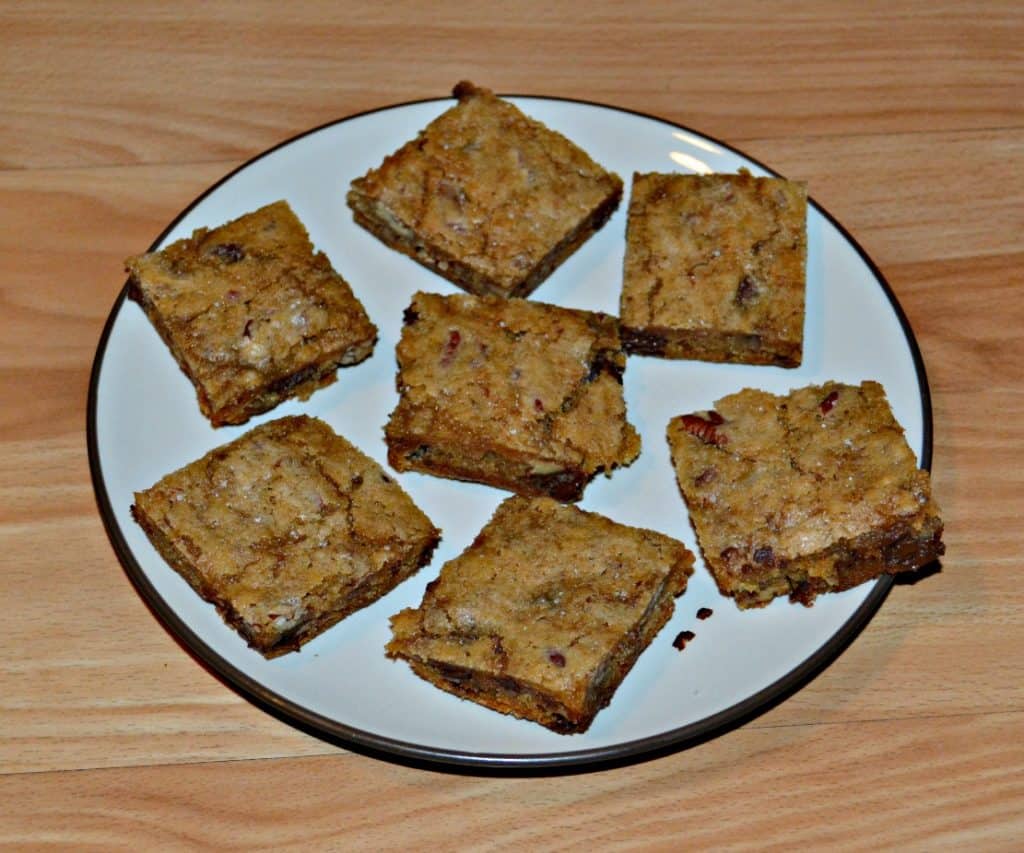 These blondies are awesome!   I made a batch for us at home and they were so good that I made another batch to take into work.  They are golden brown and slightly crisp on the edges but are soft in the center.  The chocolate chips melt in the cookie for a tasty chocolate flavor.  The pecans add flavor and crunch to the bars.  These are definitely a cookie to take to parties and events because they will be gobbled up in minutes! 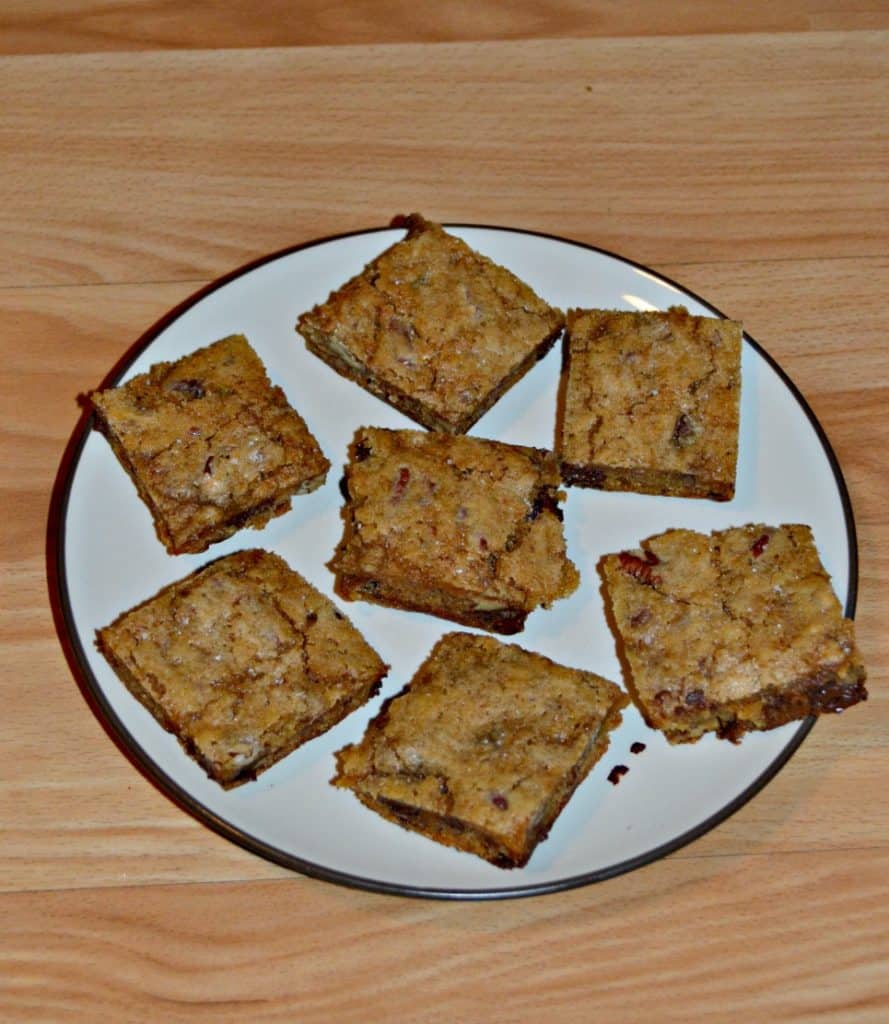