Every year I try to make a pie for Pi Day which is March 14.   March 14 is considered Pi Day because it coincides with the mathematical constant of pi which is equal to 3.14.  It's fun to join in with a group of bloggers every year and participate in an event full of pies. 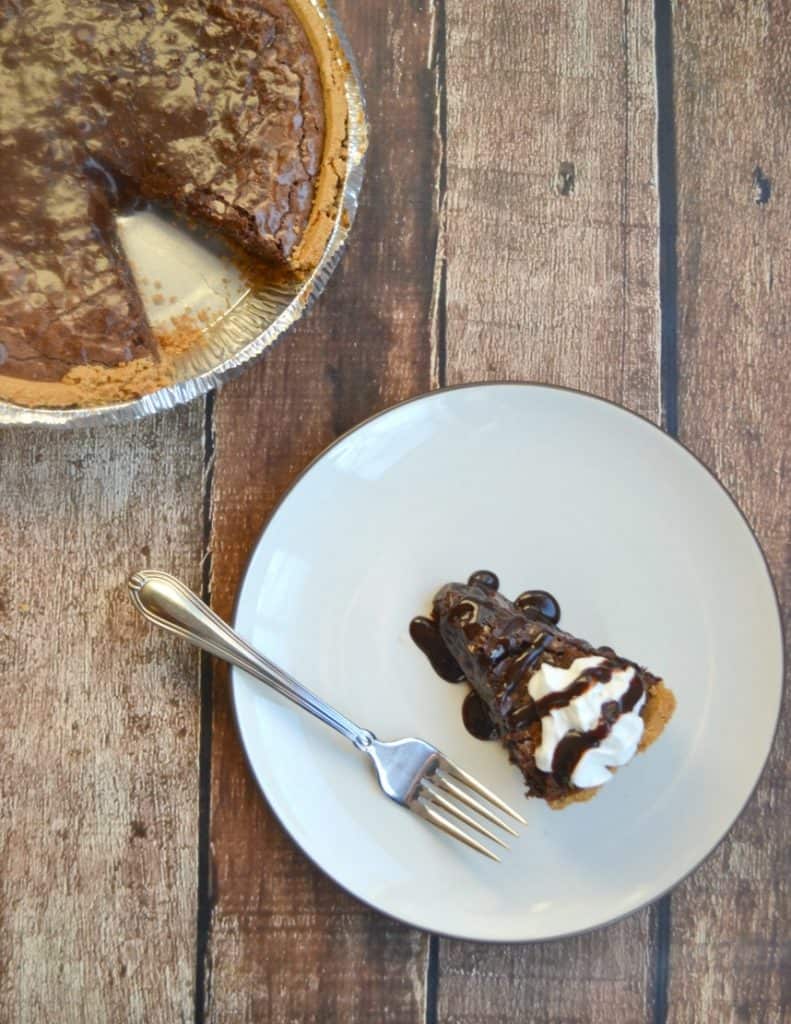 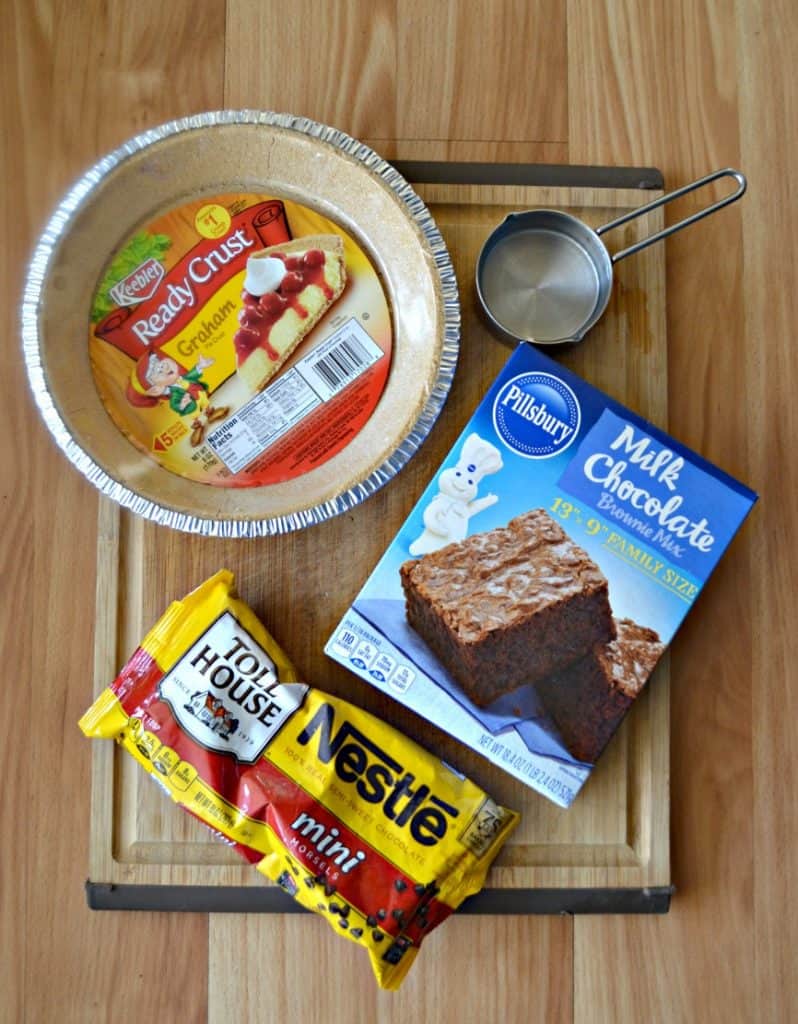 This year I did something a little different.   I made a Brownie Pie.   I thought a brownie filling inside of a graham cracker crust would make for a delicious pie and I wasn't disappointed.   Instead of making homemade brownie batter like I normally would I actually used a mix because I had a box sitting in my cupboard.

I combined the brownie mix with eggs, water, and chocolate chips then poured it into a prepared graham cracker crust.  I simply popped it into the oven and let it bake.  When it came out it didn't look quite baked through but I knew it was cooked because it was in there for long enough. 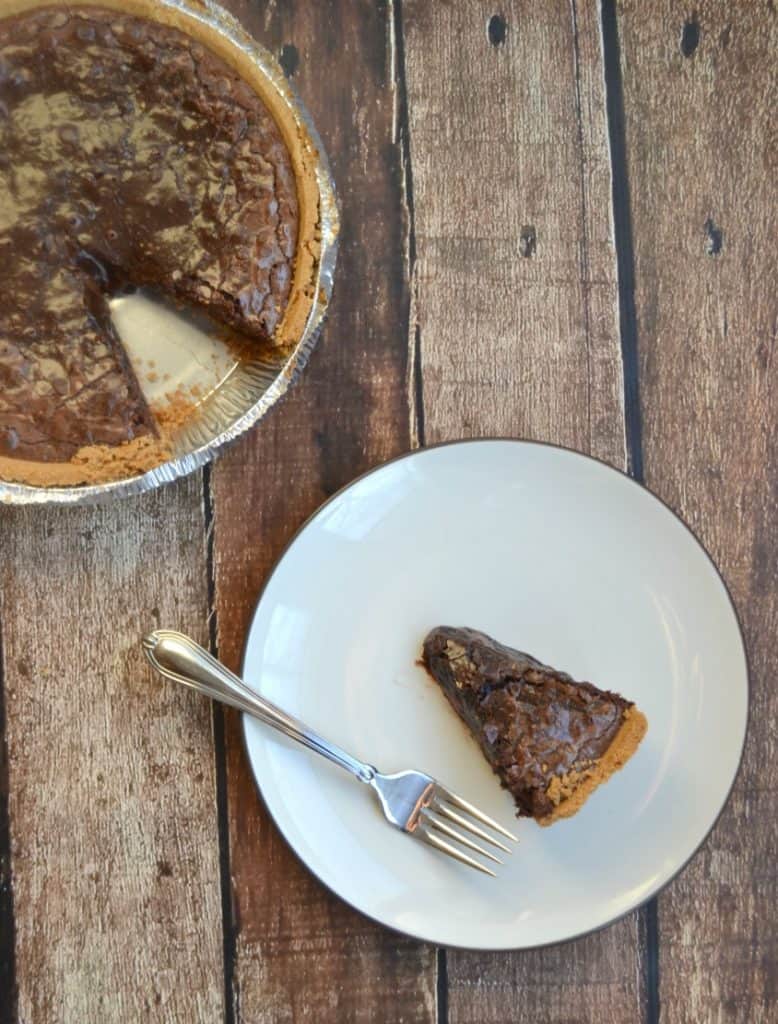 I allowed it to cool and then cut a slice.  The inside was gooey and rich and chocolatey.  I drizzled it with chocolate syrup and topped it off with whipped cream.   It would also be amazing with vanilla bean ice cream.   The pie was super rich but so good.  I'm not a huge chocolate fan but I ate an entire piece myself.   I loved how the outside was chewy and the inside so creamy.  It was the perfect mash up of a brownie and a pie. 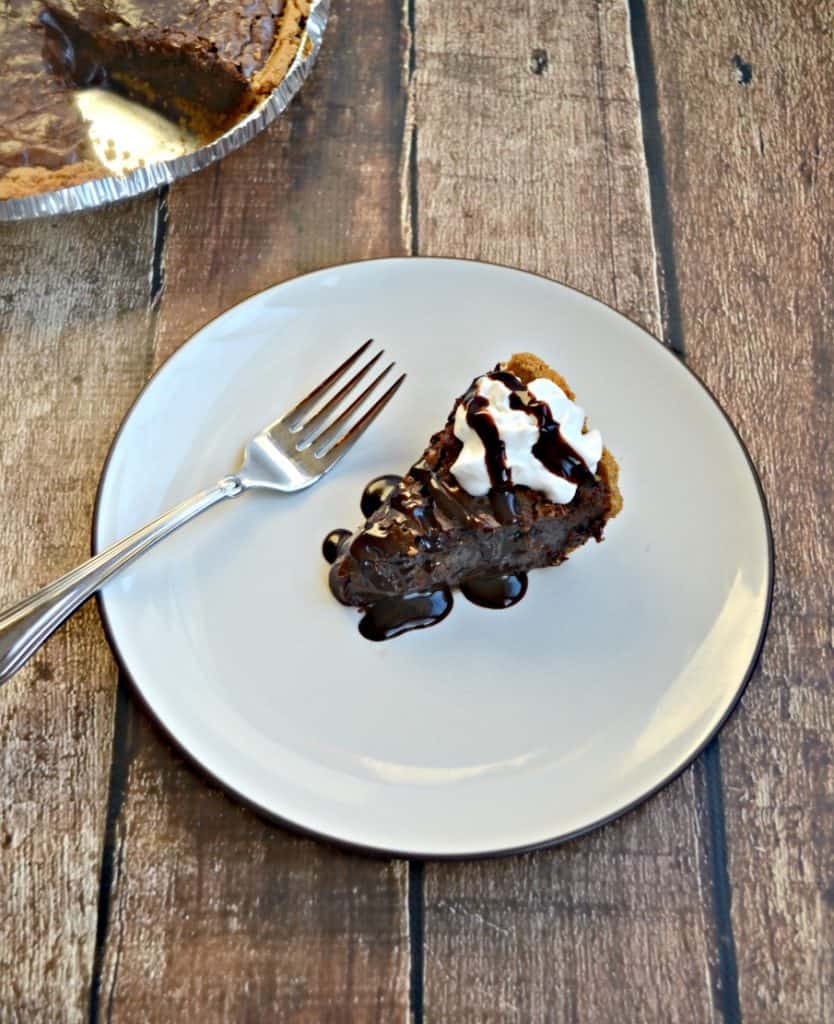