Let's talk about Brussels Sprouts.   As a kid I never ate them.  My mom never made them.  When I went out I wouldn't even try them.    A few years ago I tried them and they were soggy so I assumed I didn't like them. 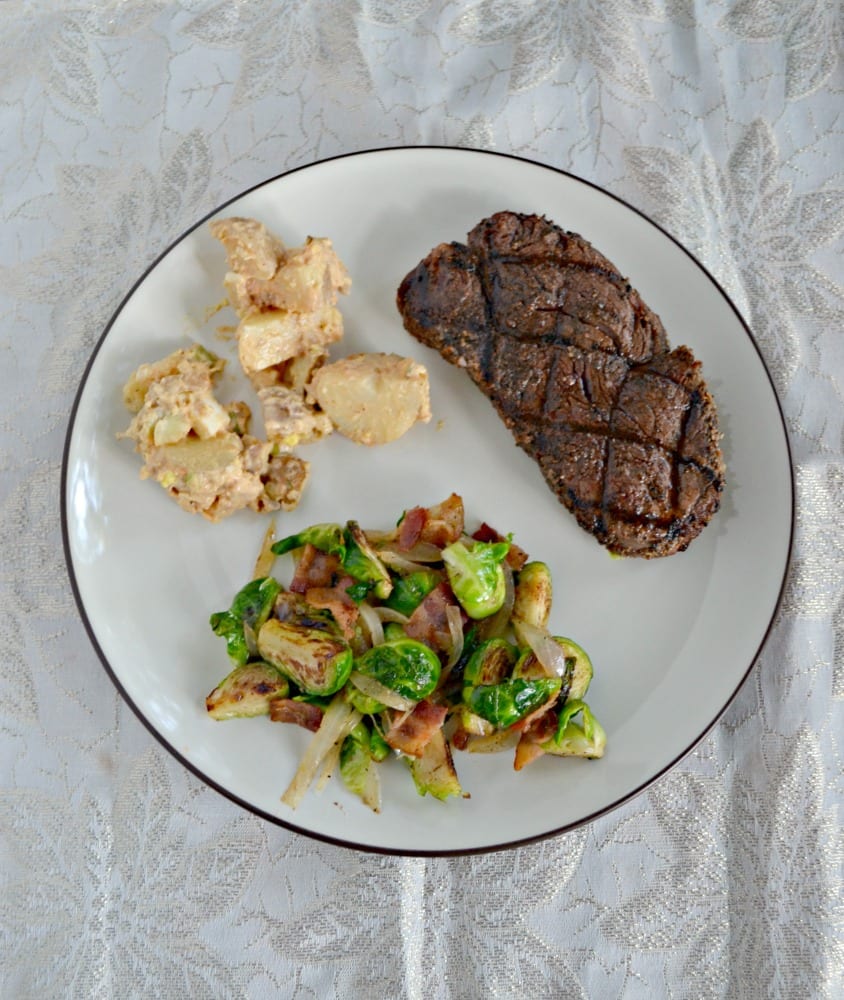 Then 2 or 3 years ago I was out to eat with my family and my brother ordered roasted Brussels Sprouts with bacon and told me to try them.  I told him I'd take a bite but I wasn't expecting much.  Much to my surprise they were firm and tasted really good!   I think that having them roasted was the way to go and adding in some bacon didn't hurt.

Since then I've had Brussels Sprouts several times when eating out.  My brother has also made them for holiday dinners and I've eaten them then as well.  I've never made them myself and I decided it was high time I change that. 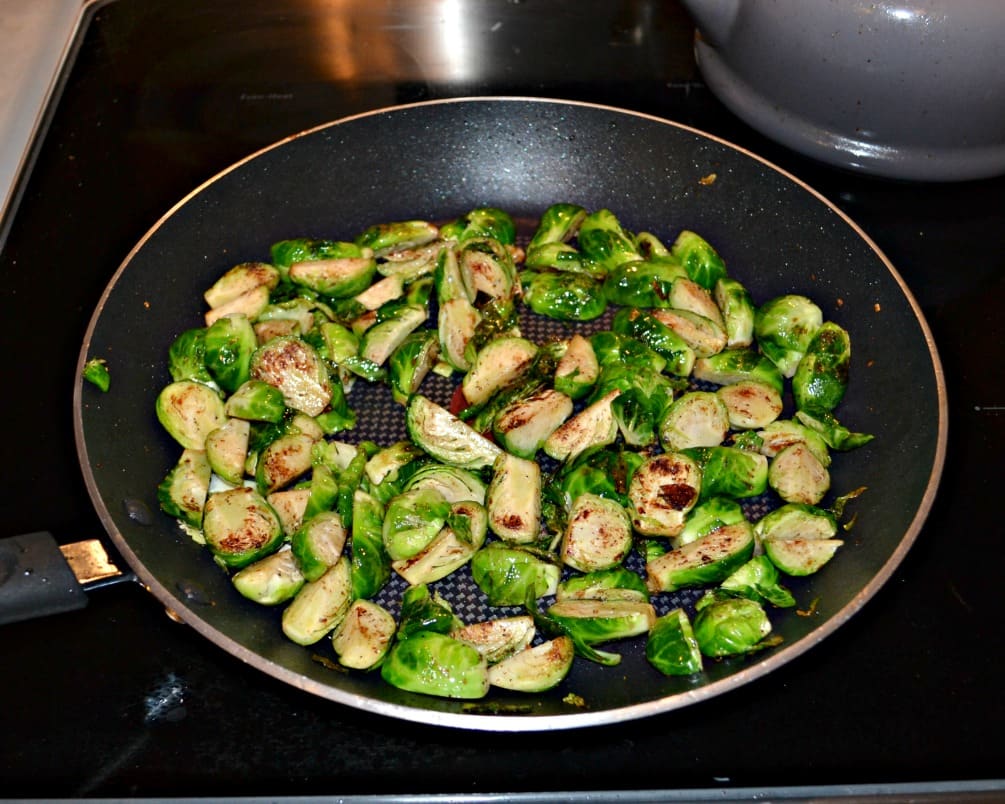 While I would have like to have roasted them the first time it was way too hot in the kitchen the day I had them on our menu.   Instead, I decided to pan fry them along with some bacon and caramelized onions.   I started with the bacon and then caramelized the onions in the bacon grease.  Then I sauteed the Brussels Sprouts in the bacon fat as well. 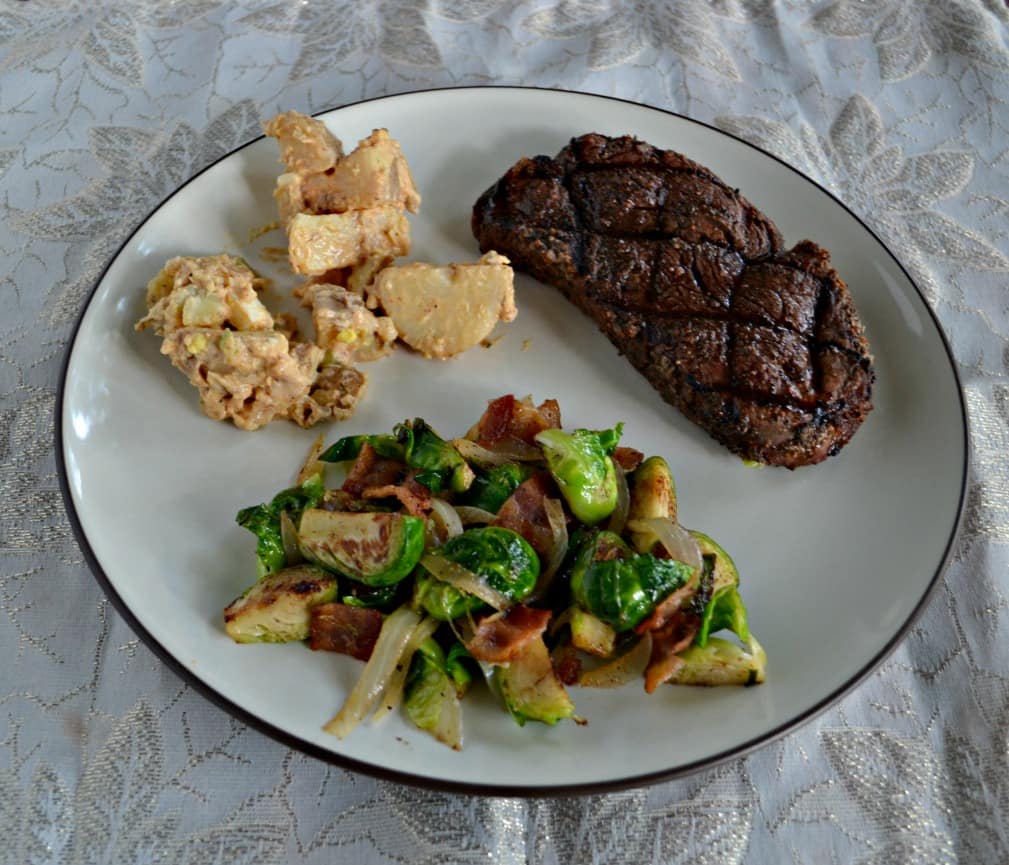 The results were pretty good.   I didn't like them as much as I enjoy roasted Brussels Sprouts but I liked them enough to enjoy a large helping.   The Brussels Sprouts soften in the pan and get a little caramelized themselves in the pan.   Adding in the salty bacon and the flavorful onions really added to the Brussels Sprouts and the end result was pretty tasty. 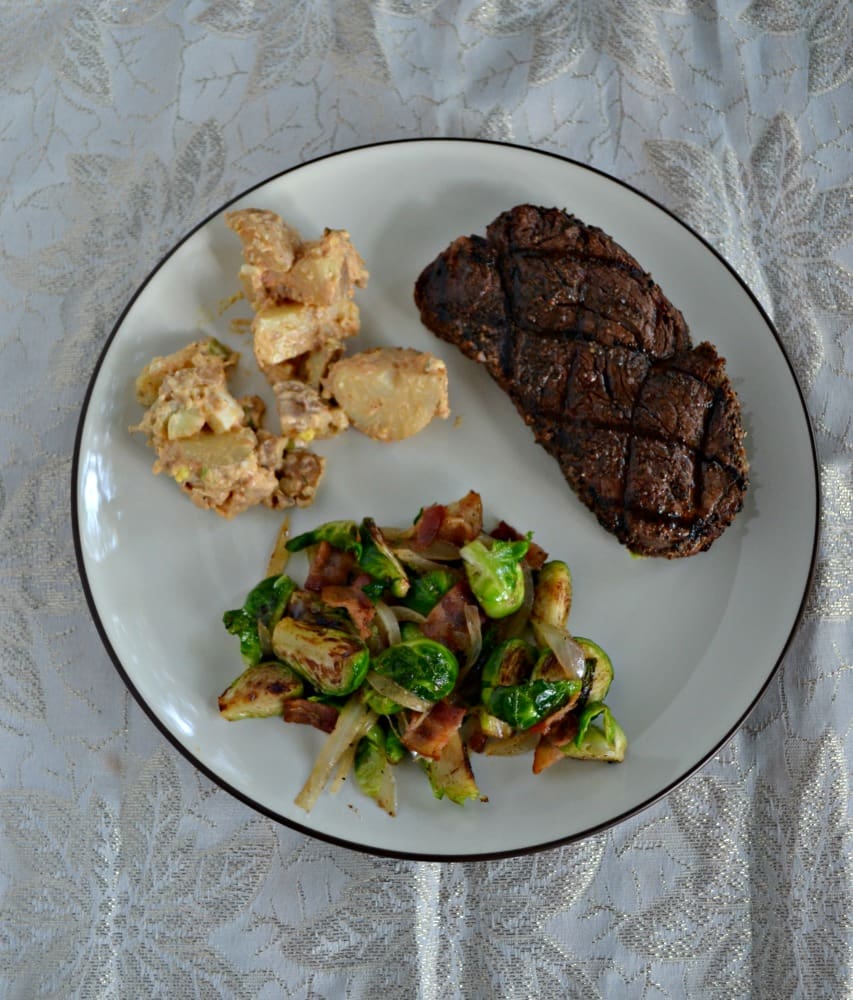