So this winter I've been working on a lot of lattes.   While they don't have espresso in them, I've been using strong coffee, milk, and flavorings in order to make them.  This is because during the school year we go to Starbucks an awful lot of the time so I have lattes several times a week. Unfortunately the only Starbucks near us is on a college campus so it's only open Monday through Friday and then they aren't open over the holidays, the summer, or any long breaks.  Right now they've been closed for almost a month so I've been making lattes at home. 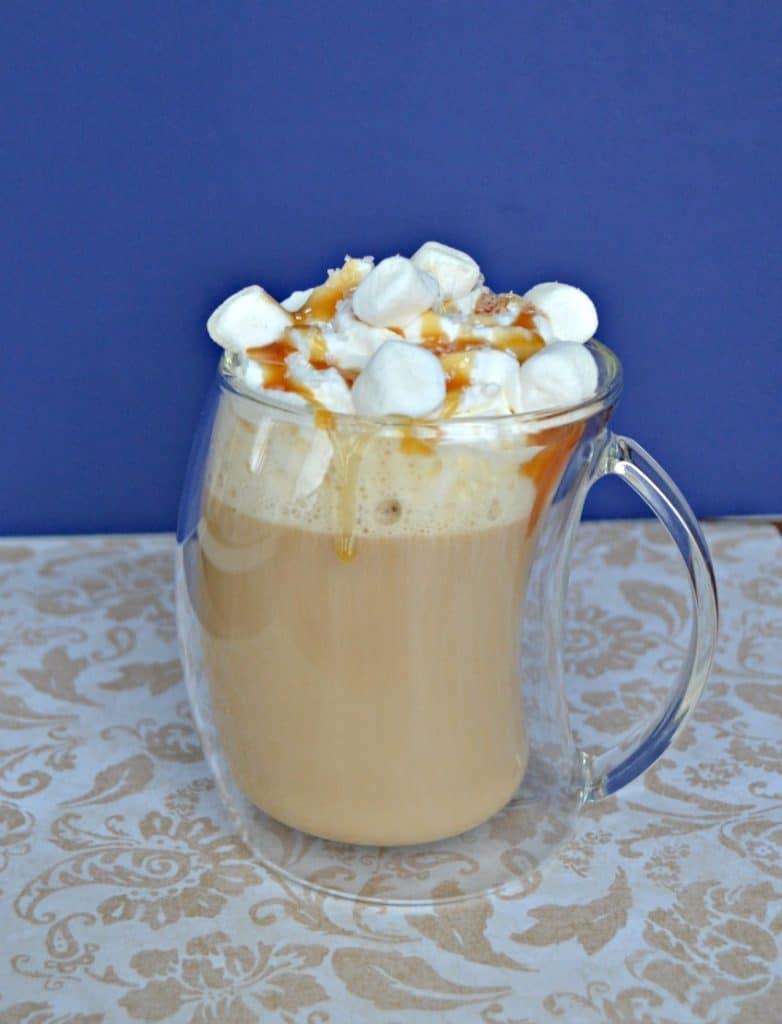 At first I just went with very basic flavors like a caramel latte or a vanilla latte.  Then I started combining two basic flavors to make a more complex flavor.   Now I'm at the point where I'm open to trying just about any flavor.   Last weekend I decided I wanted a latte in a flavor I haven't had before so I opened up my pantry and started looking for ingredients.   I came up with a Caramel Marshmallow Latte.

I thought caramel and marshmallow would go well together but I've never had marshmallow in a latte before.  I love marshmallows in my hot cocoa and I love it as an ice cream topping so I thought, why not?    Plus the creamy marshmallows would pair well with rich caramel and just a fleck of sea salt. 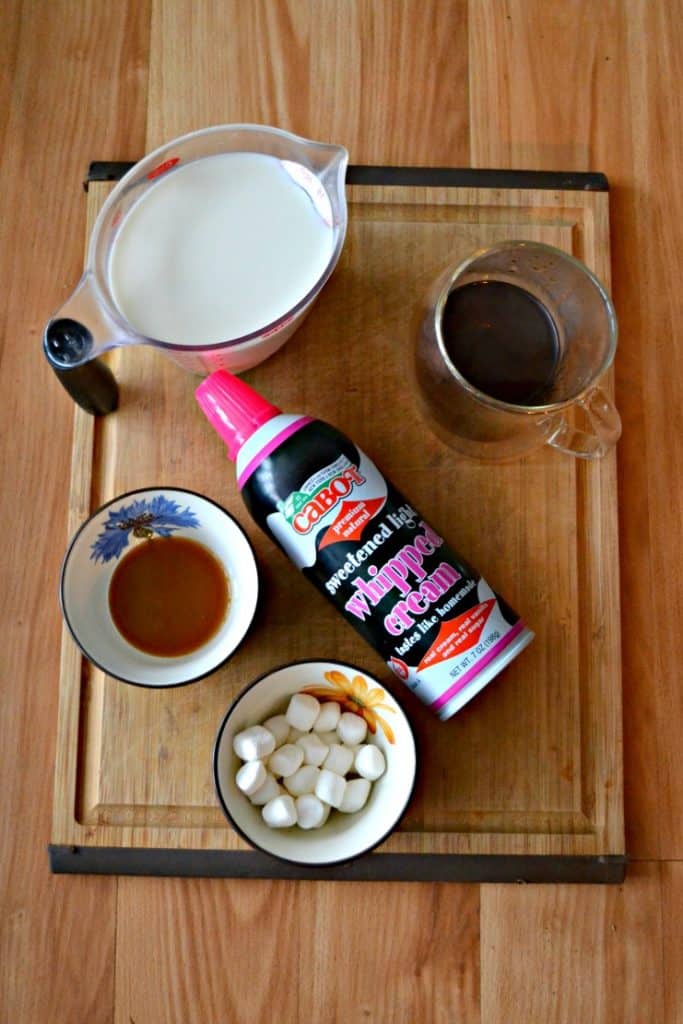 Since I haven't seen any marshmallow flavoring I actually made this drink with mini marshmallows.  I melted them in the milk along with the caramel sauce.  The resulting milk tasted delicious.  I then added it to a cup of strong coffee and topped it off with whipped cream, a caramel drizzle, and mini marshmallows. 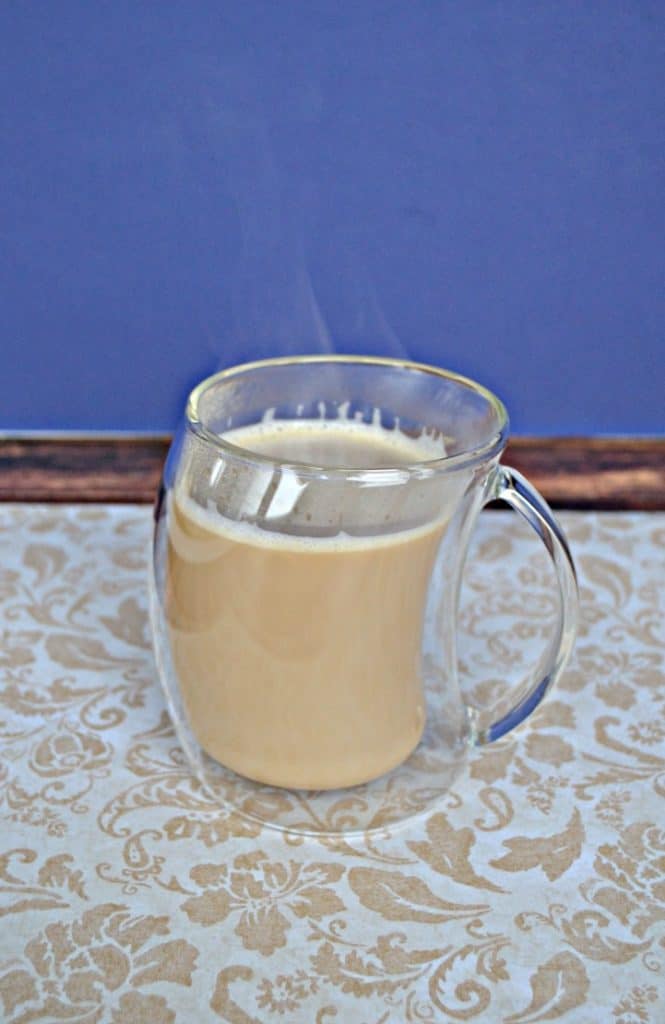 This latte was really tasty.   It was similar to a classic caramel latte but it was creamier and you could really taste the marshmallow flavor in it.  It's a bit sweeter then most of my lattes but I thought it was really delicious and perfect to sip on during a cold winters day. 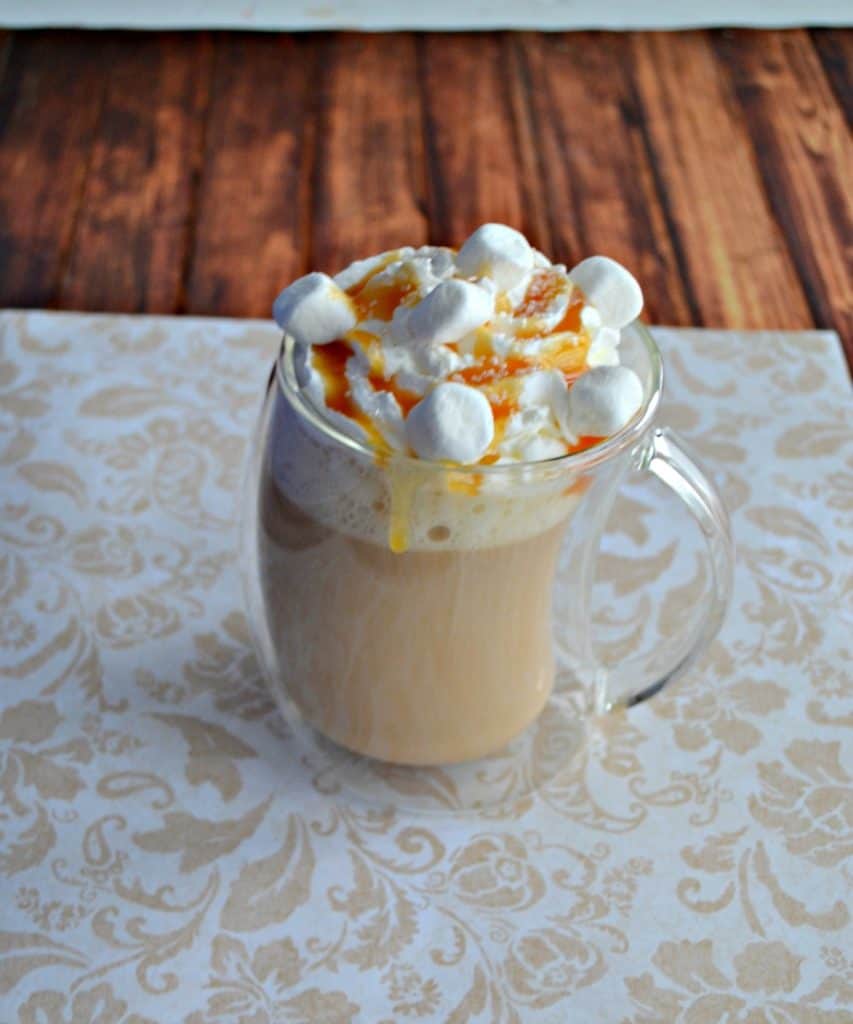 Check out all these tasty winter warm-up drinks: