I'm going to start off by saying I'm not a big fan of French Toast.   Dipping bread into a liquid mixture and then putting it in a pan for a few minutes does not cook it enough for me.  I've done a few French Toast bakes which I enjoy so much better because I like a little bit of crunch to my bread if I'm going to eat French Toast.  I also like to add some flavors to make it even better. 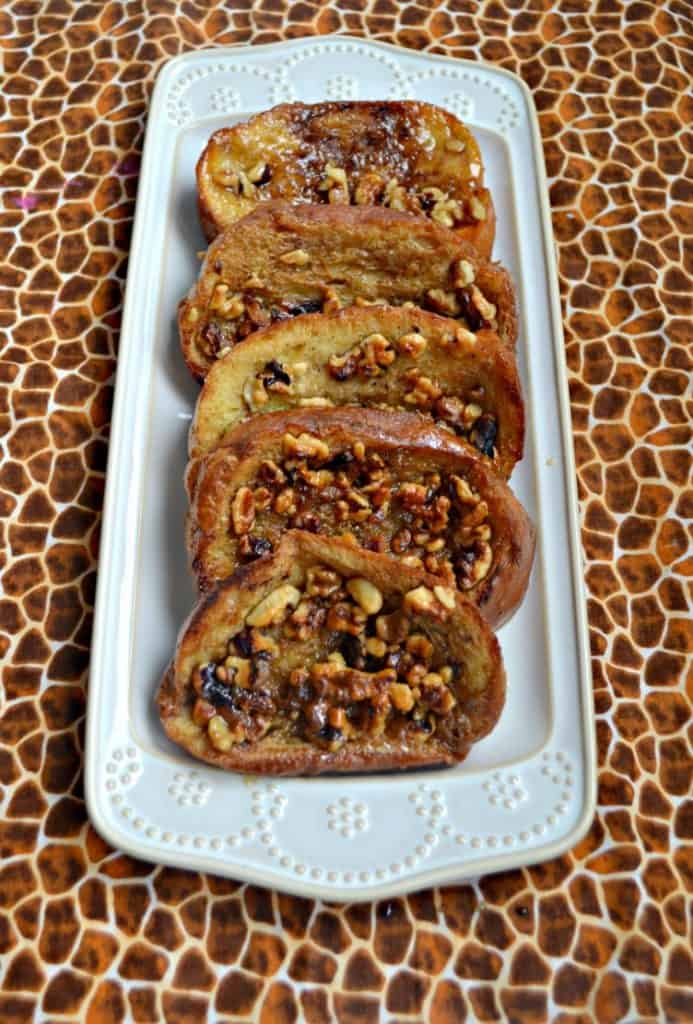 This time around I made Caramel Walnut Baked French Toast.  I was excited to try it because it bakes in the oven for 25 minutes or so and I figured that would be enough time for the edges to get crispy.  Plus, who doesn't like homemade caramel sauce?   This recipe makes a caramel sauce topped with walnuts and the French Toast is baked on top of it. 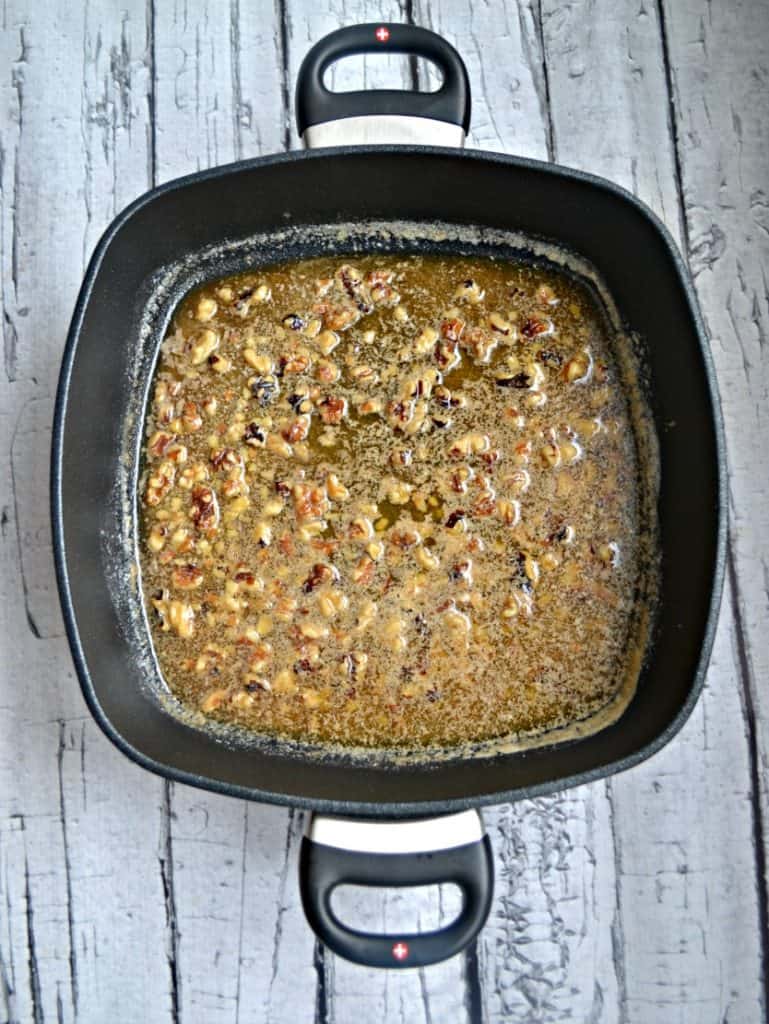 I used my Swiss Diamond XD Nonstick Square Casserole to make this dish so that it could all be made in one dish.   Normally I would have to mix up the caramel sauce in a saucepan and transfer it to my baking sheet but this casserole allowed me to do it all in one pan.  I love all the Swiss Diamond Cookware that I currently have and this pan is no exception.  The new new Swiss Diamond XD nonstick coating contains 20 percent more diamonds which improves the pans food release properties and heat conductivity and it has an extra thick, cast aluminum body.  I love that it goes from stove-top to the oven up to 500 degrees. 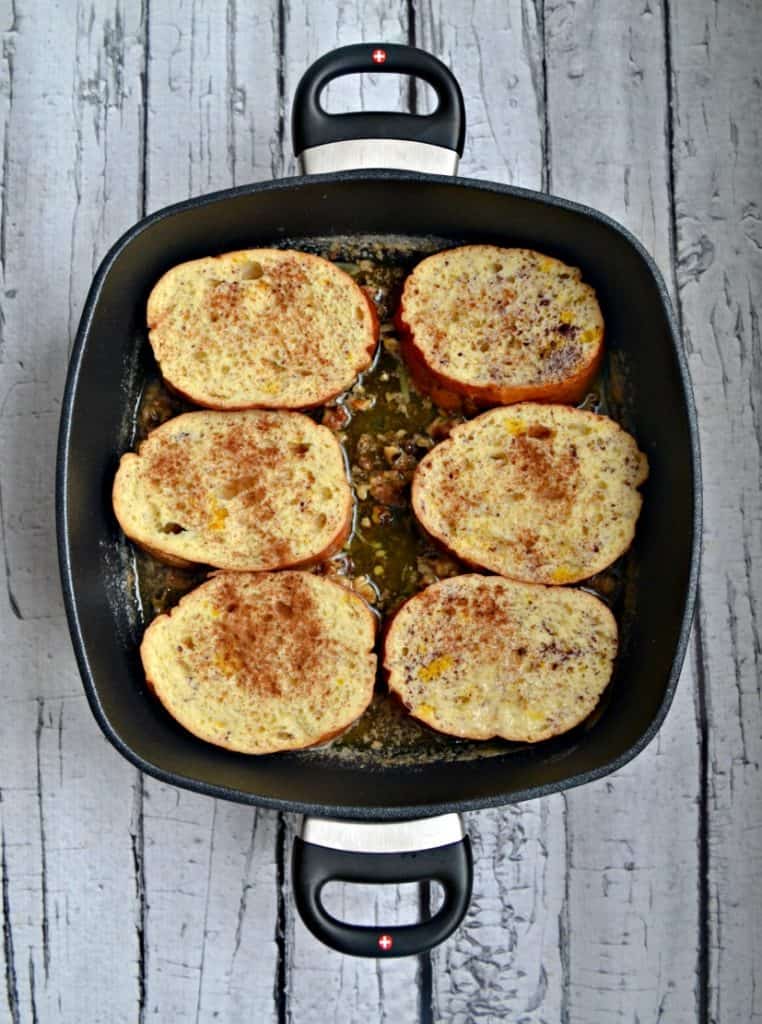 I melted the butter and made the caramel sauce in my pan on the stove top.  Then I dipped the bread into the French Toast mixture and placed it inside the pan.  I baked the toast, flipped it over, and baked it some more.  The smell of this dish made my mouth water as soon as I opened up the oven.  The French Toast was golden brown and was covered in the caramel and walnuts.

I immediately put a slice on a plate for myself and carried one out to my husband.  I didn't need to add any syrup or powdered sugar or anything to this French Toast.  It was perfect as it was.   The toast was crisp on the outside but soft on the inside.  The caramel sauce was sticky and kept the walnuts from falling off the bread.  The walnuts gave the dish an added crunch and the spices really shown through. 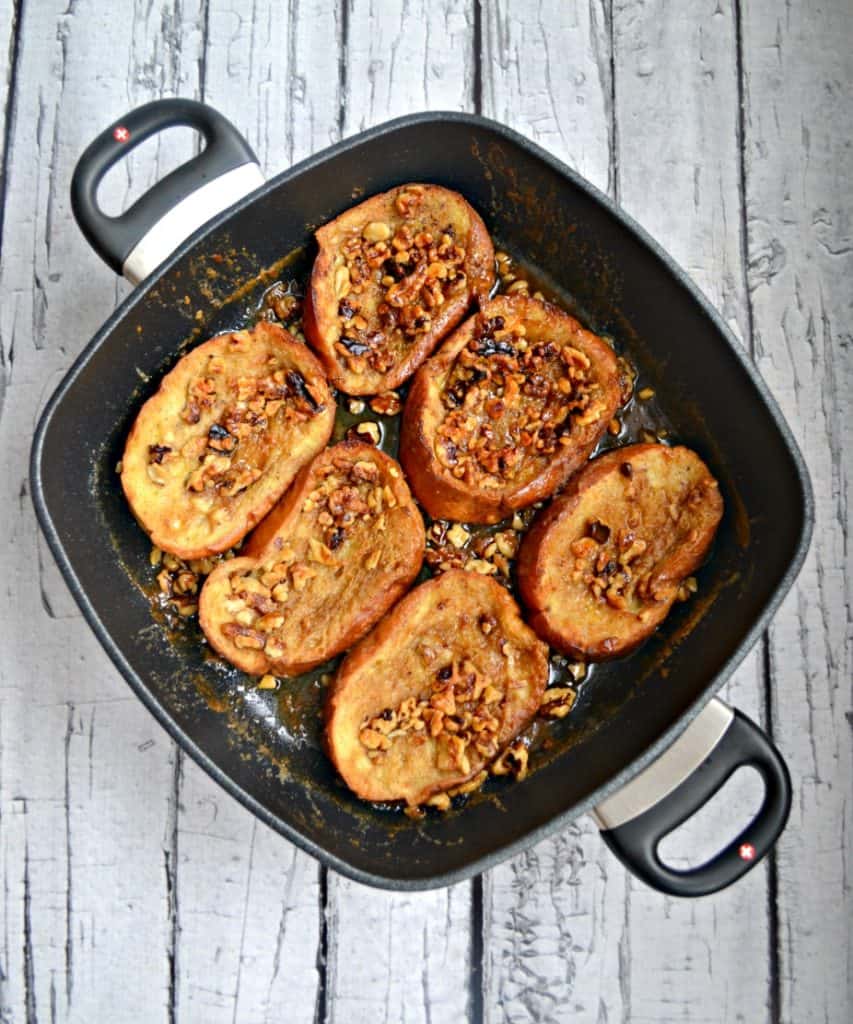 This French Toast would be awesome to serve at a breakfast or brunch because it's super easy to make and it's pretty impressive once it's finished.  I also think it would be awesome as a dessert with a scoop on vanilla ice cream and a drizzle of caramel sauce on top! 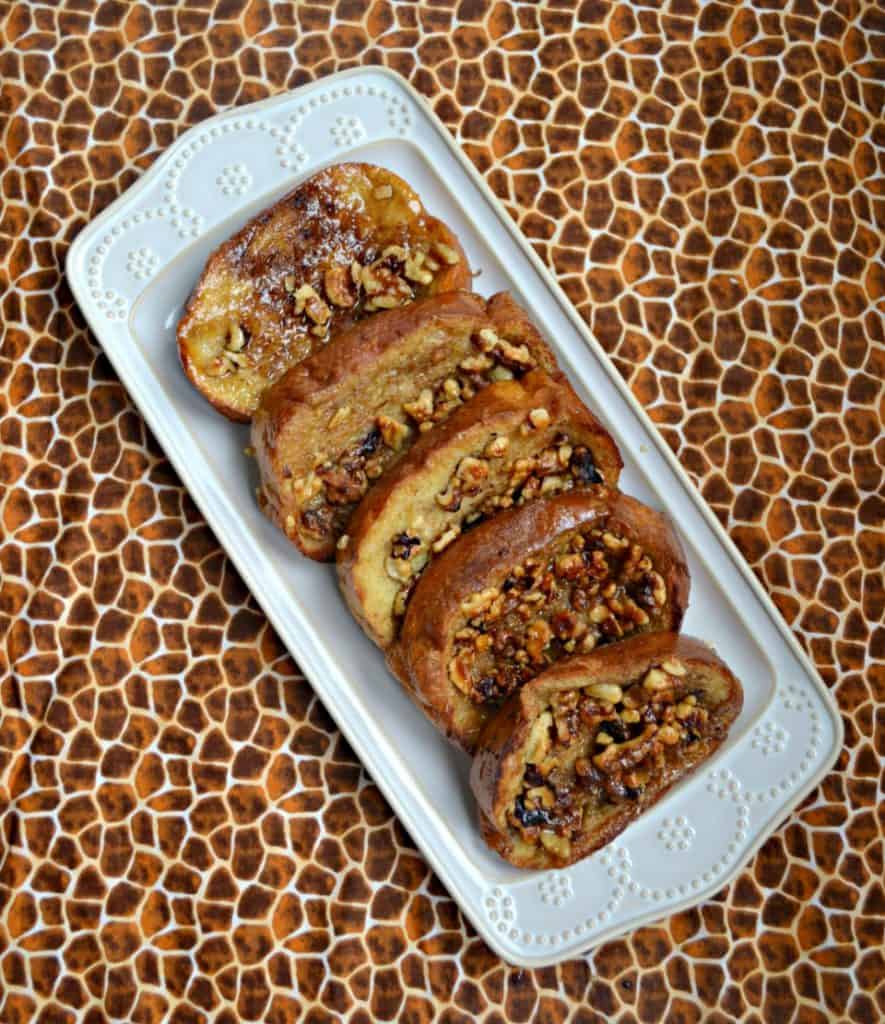