In book two of this remarkable series, the sleepy little town of Jamesford becomes a national battleground of faith and science, hatred and hope.

Eleanor—the girl whose life depends on not being noticed—is at the center of it all. Trusting David with the secret of what she is, Eleanor tries to keep the promise she made her mother to rejoin humanity, even if Eleanor might not be human. She dreams of a future beyond mere survival, beyond fear and loneliness—a future where she matters. But Jamesford is plagued with strangers, a predator is on the loose, and the rumors surrounding the girl from Cedar Street never quite disappear. (-synopsis) 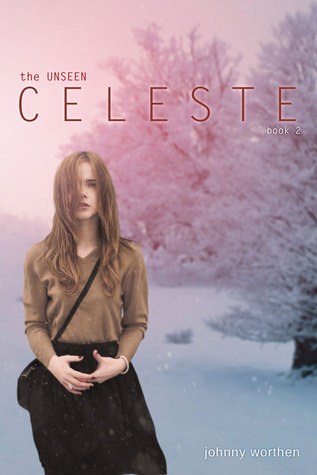 This book starts off where the first book ended with Eleanor and David driving to the farm where Celeste lives so Eleanor can do what she needs to do to keep her form.  The book starts off a little rocky as Eleanor takes a fall and comes face to face with her "double" Celeste.   The two of them talk the night away and become friends in a way but then Eleanor must leave to go back home.

Once back home Eleanor resumes her life as an outcast both at school and in her town.   She has friends at school now but there are still people that think she's a witch or less then human.   It doesn't help when she does a few things that are more then a little supernatural.

In the middle of the book David's dad comes home from the army.  He's having difficulty with being discharged but seems to like Eleanor.   He's getting along with David and his family as well.  Things are going well until Celeste's family comes to town and tries to claim that Eleanor is their daughter.  It makes sense since they look identical and since Celeste has run away.

Somehow Eleanor has to prove that she is not Celeste.  Everyone wants her to give her fingerprints or her DNA to prove it but she refuses.  Eleanor knows she's not quite human and isn't sure what will happen if someone analyzes her DNA.  Now Eleanor has to decide whether to stay in the tiny town she calls home with her adopted family and friends or whether to run and be safe.   It's not looking easy either way and for teenage Eleanor it's going to be a hard road no matter what she does.

I really like Eleanor's character.  She's a strong teenage girl who is driven to help those around her as well as being kind and caring.   She has her own problems but she is still worried about those around her and wants to help them in any way that she can.  Even though she is feeling threatened she stays for David and his family.

I wasn't as thrilled with David in this book as I was in the last book.  He was having some trouble with what Eleanor is.   While he loves her there are things about her he doesn't love and has difficulty accepting.  He runs hot and cold towards Eleanor throughout this book.   That's fine because he is a teenage boy but at points Eleanor could really use a friend and that is when he backs away the most.

The end of this book is crazy.  People find out the truth about Eleanor and while half the town is on her side the other half is against her.  Will David and his family be able to keep her safe or will the same thing happen to him and his family as happened to Eleanor's real family all those years ago?