Grab your favorite cereal and a few snacks to mix up this spiced and flavorful snack mix great for snacking on when you are on the go! 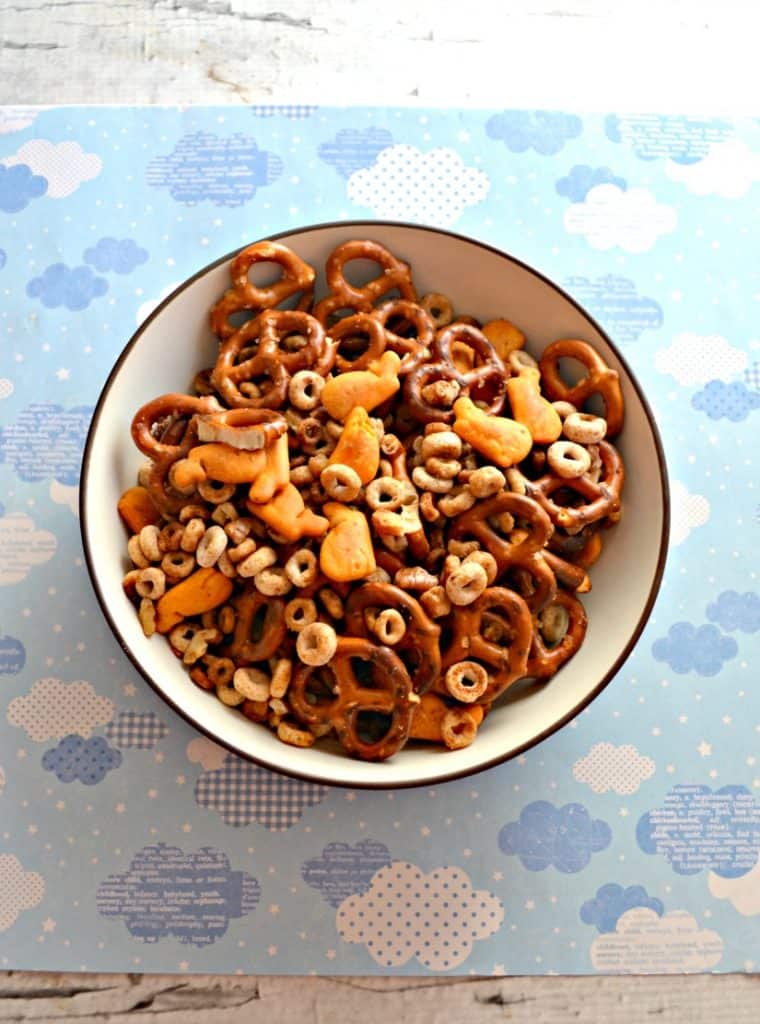 Let's talk about Cheerios and just cereal in general.  I am not a huge cereal fan.  When I was a kid I was the one who never ate the sugary cereals.  I just didn't like them.   I was the one who ate either Cheerios or Rice Krispies when I had cereal for breakfast.

Fast forward to college and I really didn't eat much for breakfast so I never had cereal.  I did find out that I like Cinnamon Toast Crunch or Honey Grahams on top of vanilla ice cream for dessert but I didn't have cereal for breakfast.

It wouldn't be until 15 years later that cereal made an appearance back in my life.   When J was a baby we would give him Cheerios because that was a snack recommended for him.  I would pack a baggie filled with Cheerios and then he and I would snack on them whenever we were out.

I suddenly remembered how much I enjoyed Cheerios.   For the last 2 years I've had a bowl of Cheerios every day for breakfast.   It's pretty funny for a girl who hasn't had cereal in 15 years.

Since I always have Cheerios on hand it was easy to make a Cheerios Snack Mix when I was craving a salty snack last week.  I simply grabbed Cheerios, pretzels, goldfish crackers, and nuts then tossed them on a baking sheet.  Then I tried to figure out what to put on them.

I ended up melting some butter then mixing in Worcestershire sauce, garlic powder, onion powder, salt, and pepper.   I then poured the mixture over top of the Cheerios and snack mix and baked it in the oven.

The snack mix ended up being pretty tasty!   The Cheerios were crunchy after cooling and had a ton of flavor to them.  That's the good thing about a plain tasting cereal, it really soaks up all the flavors put on top of it.

I put the mix in a zip top baggie and we snacked on it all week long.  I'll definitely be making this easy snack mix again! 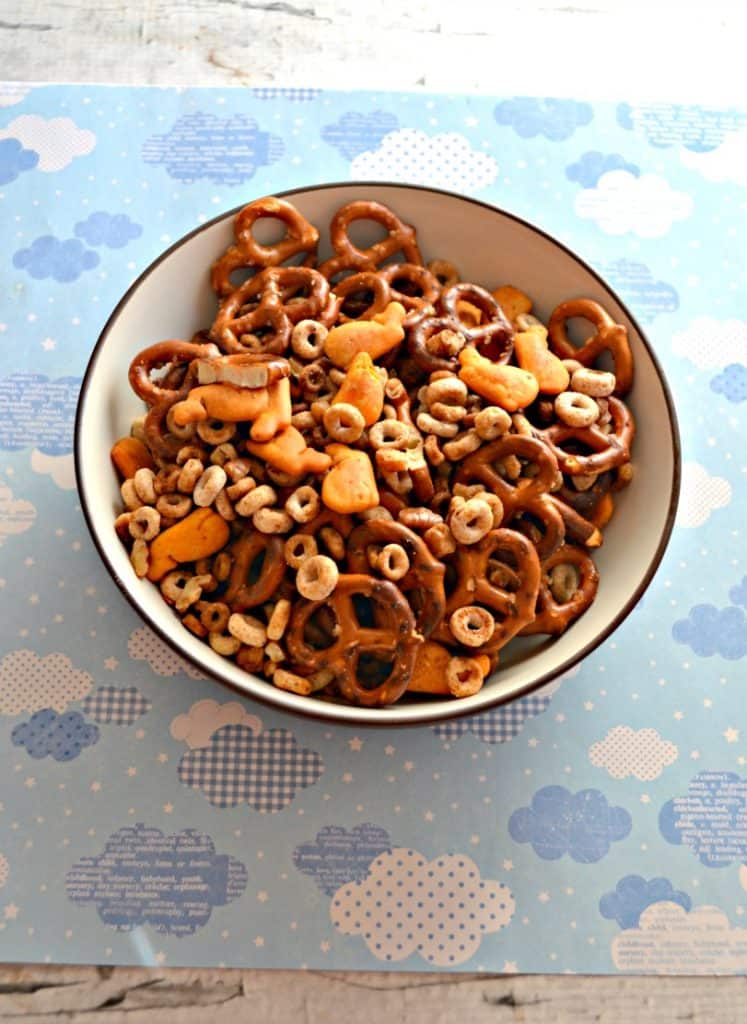