Summer is here and it is hot!  I haven't felt like cooking and all I want to eat are things that are cold.  That means sandwiches and salads for lunch and ice cream or popsicles after dinner.   I can't keep running out to the local ice cream place (it costs too much!) so I decided I needed to make a cool treat myself. 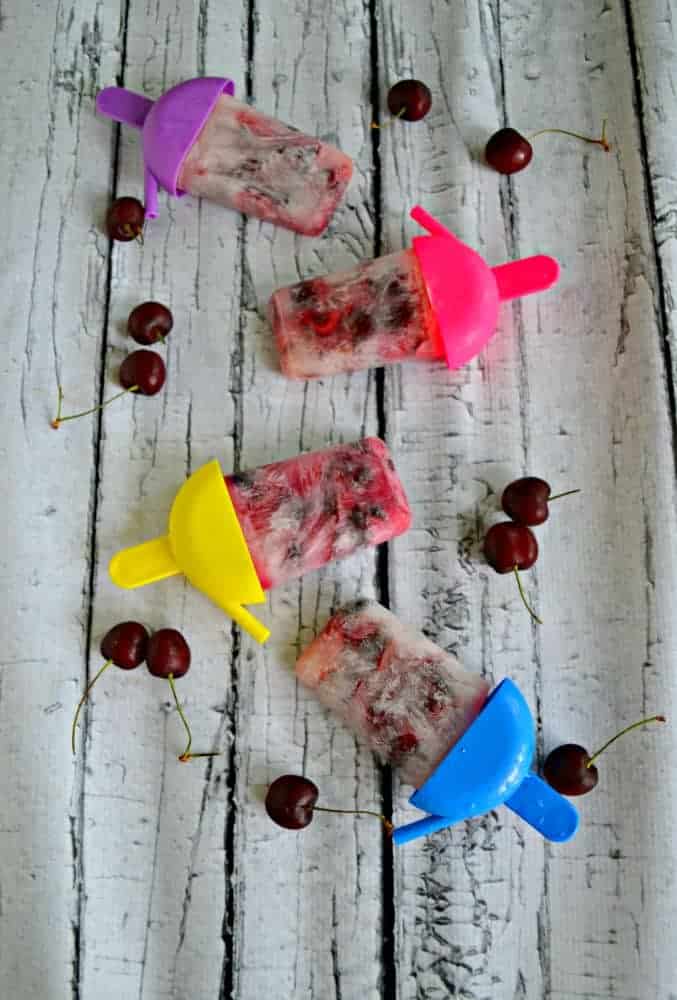 I just did a very simple popsicle, nothing fancy.  I combined fresh squeezed lime juice and simple syrup in bowl.   Then I chopped up a bunch of the frozen cherries and put them in the popsicle molds.  I poured the lime juice over top of the popsicle mold and froze them for several hours. 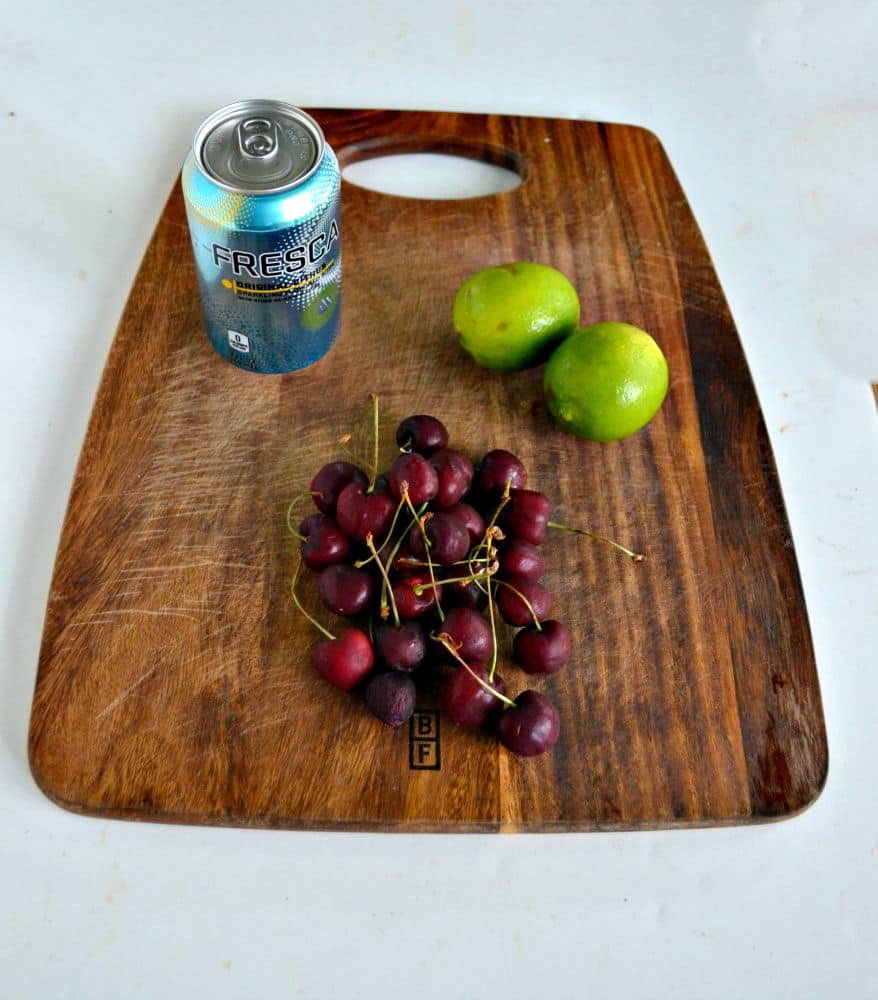 The popsicles were really tasty!  They were sweet and tart with big chunks of cherries in them.   They looked nice too with the light pink popsicle studded with big dark red cherries.  Since they were so simple to make I'll be making them again soon! 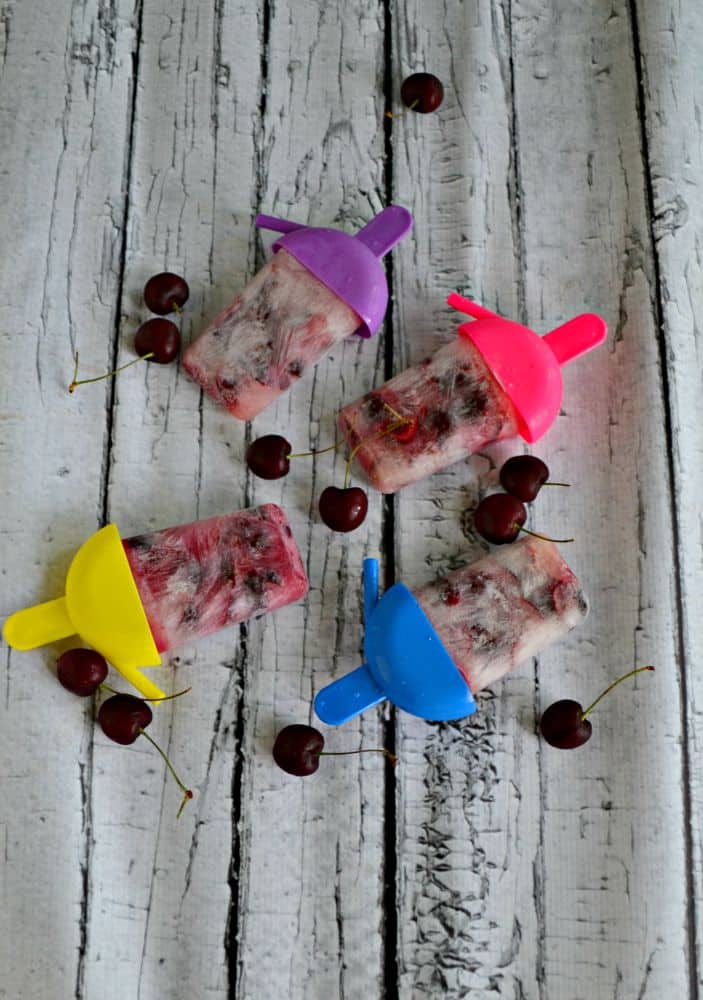 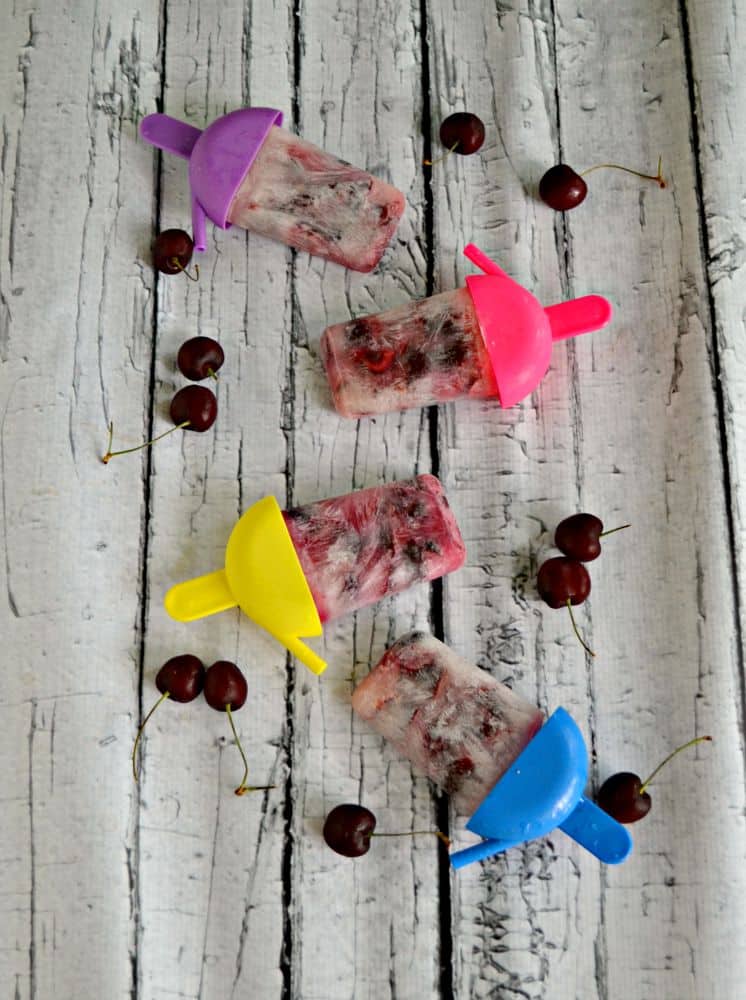