Well, we are quickly approaching the end of our CSA season.  I hate that it's almost over because I love receiving all those fresh vegetables throughout the year.   This week we received two bunches of celery, a large bag of mixed lettuce, 2 squash, 2 onions, and a lot of basil.   The lettuce we used for taco salads, the basil I used in tomato sauce, and the squash I roasted and added to pasta. 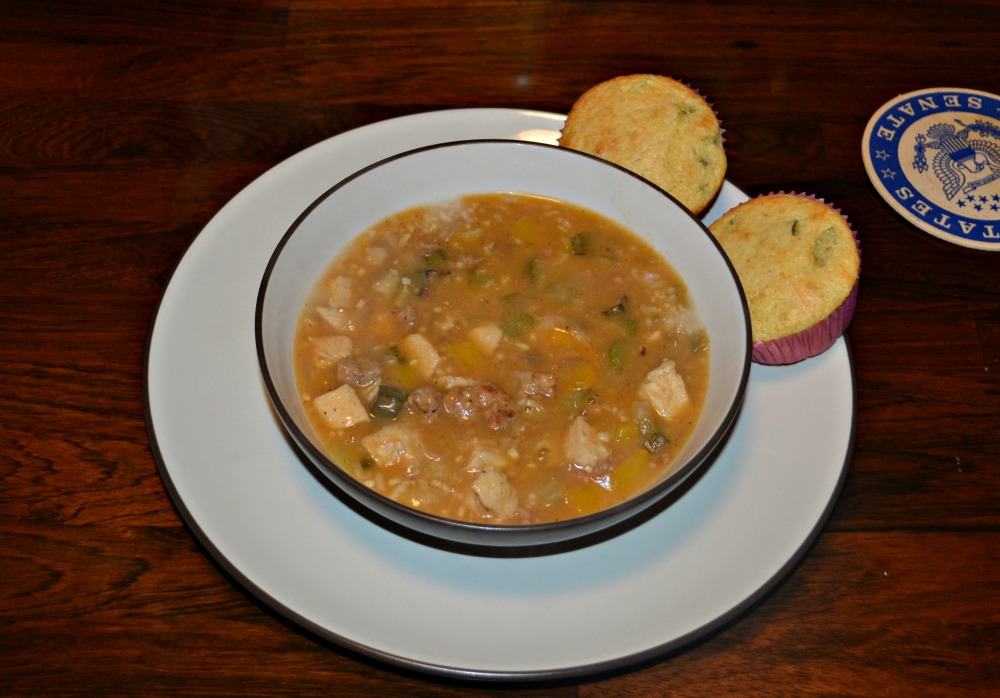 That meant I had the onions and celery left.   I recently saw a recipe for chicken and andouille gumbo that looked amazing.   It had a ton of ingredients and took around 5 hours to make but I thought that with a few small changes I could make it in under 2 hours and it would still taste great.  The recipe called for onions and celery which makes it perfect for our CSA week.  Plus I had a poblano pepper and a green pepper from my mom's CSA.

The gumbo starts by pan frying chicken breast pieces in one skillet and the andouille sausage in another.   Then you made a roux with flour and olive oil.   After making the roux, the vegetables go into the pan.  I was lucky enough to be at my parents house this past weekend so I was able to grab some okra which is a key ingredient in the gumbo.  None of the markets where I live ever carry okra.   It's hard to find any fruits and vegetables that are out of the ordinary around here. 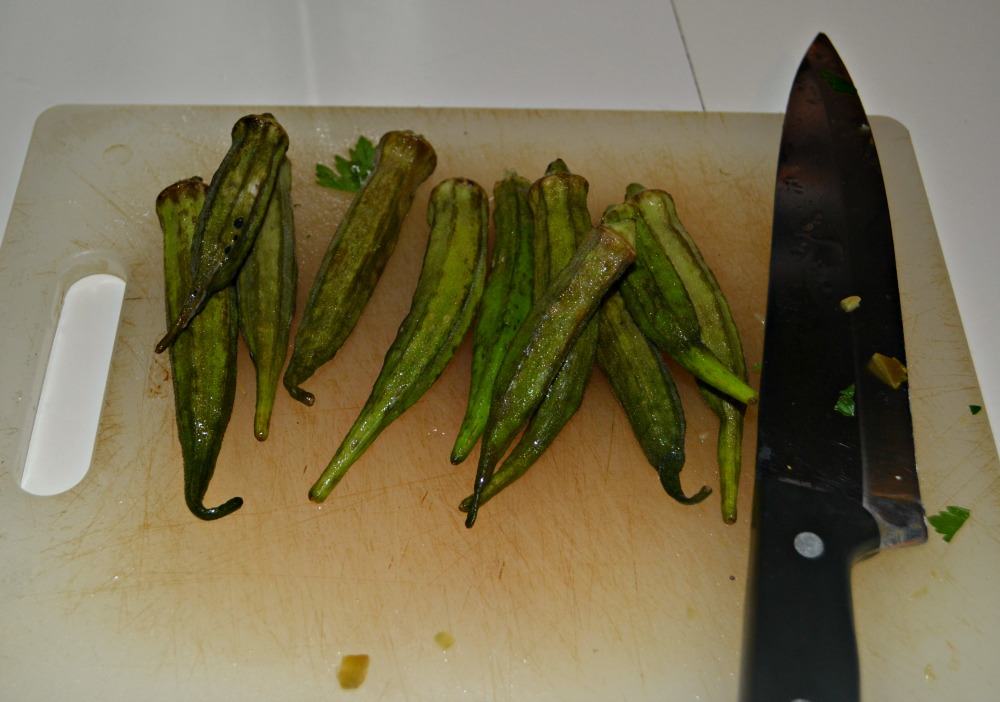 After the vegetables go in the gumbo simmers for about an hour then it's ready to eat!   It really thickened up while simmering and was the perfect consistency.  The gumbo is served over top of rice.   It's spicy and very filling.  It's a great fall or winter entree served with some bread.   I made jalapeno cheddar cornbread muffins to go along with it which paired wonderfully.  The gumbo also makes a lot so we had plenty leftover for lunch the next day. 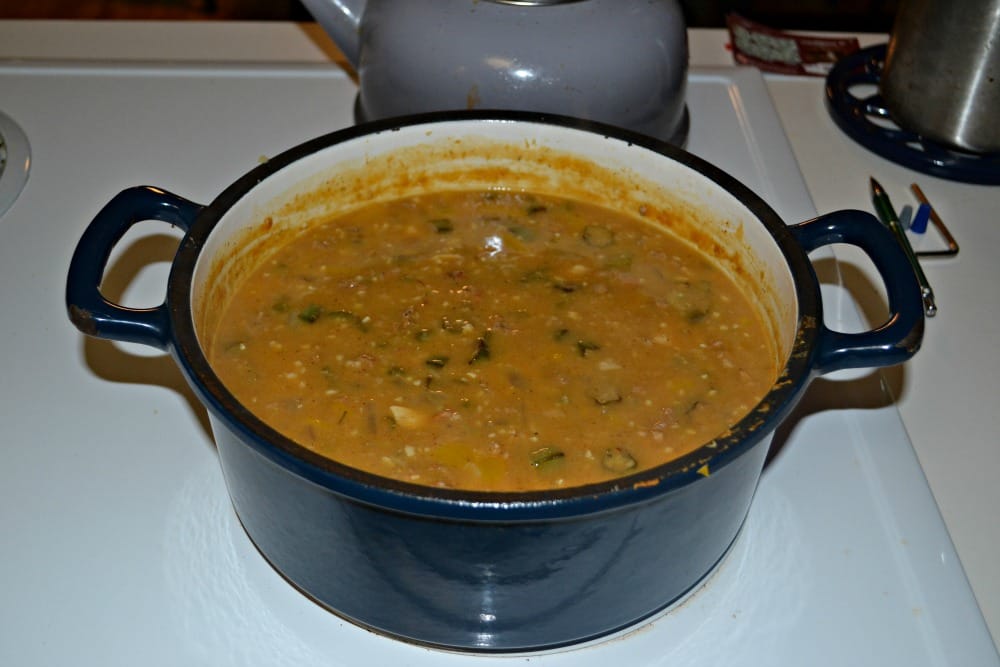 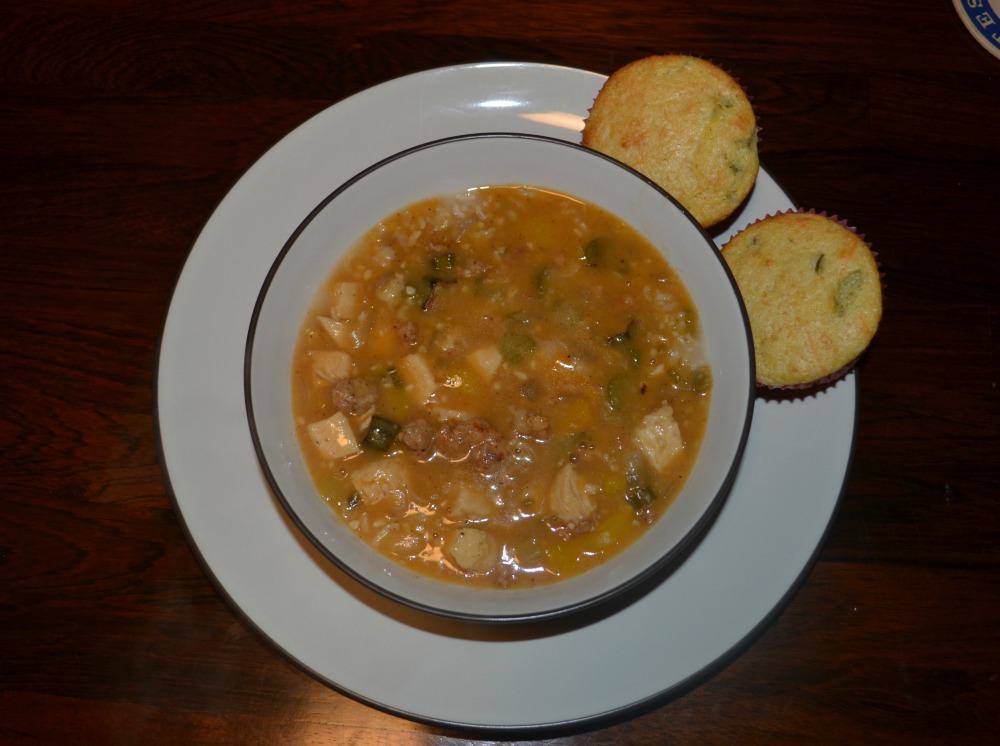