This summer I decided to stock our basement freezer with freezer meals!   I knew that baby boy would be due at the end of August and that I might not have a whole lot of time to cook once he was here.   I started in early July and began preparing freezer meals that had enough in them for at least two meals. 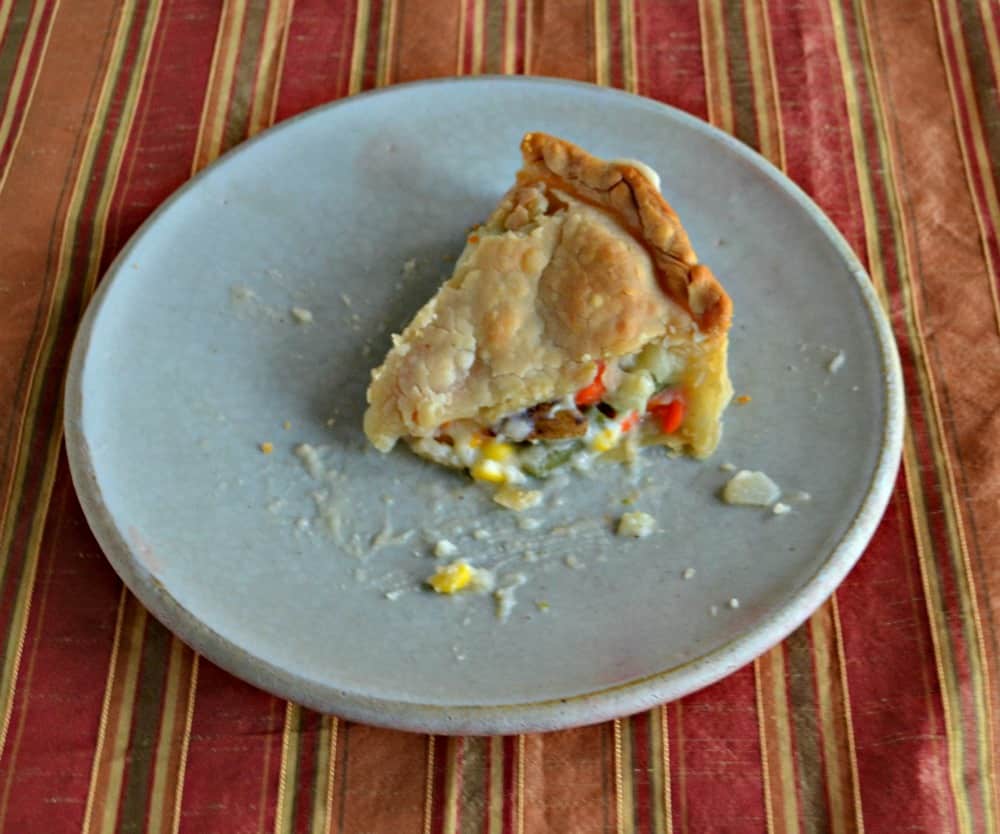 I made a lot of slow cooker freezer meals.  They are easy to make and it's simple to put them in the slow cooker in the morning then enjoy them whenever we are hungry.  However, we don't always want slow cooker meals so I was looking around for other meals as well. 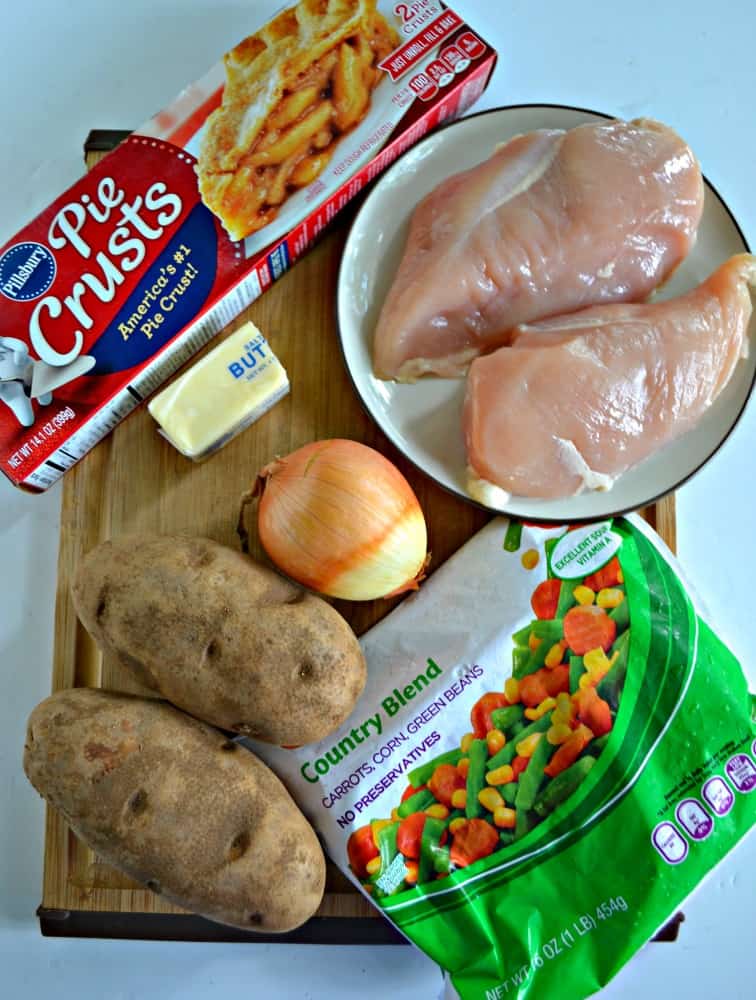 I found a recipe for Chicken Pot Pie that could be frozen.  It made 2 pot pies which was perfect.  I had already made biscuit mix which I thought would compliment the pot pie perfectly.  I went to the store and grabbed all of the ingredients.   While it did use one bag of frozen vegetables everything else was fresh. 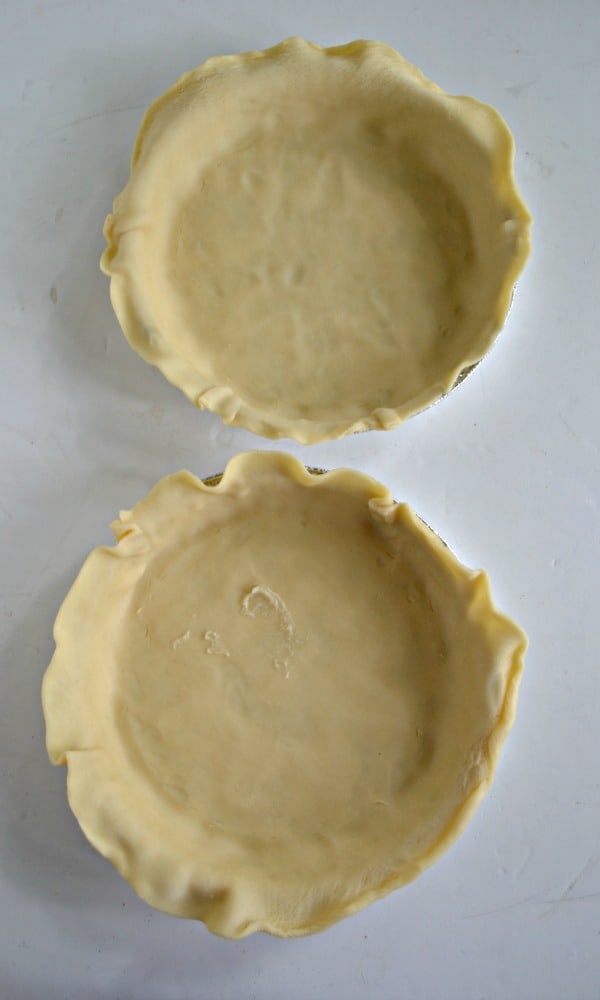 My favorite part of making homemade chicken pot pies is to make the gravy from scratch.  I do not like "gravy" that is made from creamy condensed soup.  There's way too much sodium in those and it's not hard to make a simple gravy.  So I whipped one up from scratch.

One thing that I didn't make from scratch was the crust.  While homemade crust is delicious I thought a refrigerated pie crust dough would be just fine.   I also thought it would probably hold up better being in the freezer. 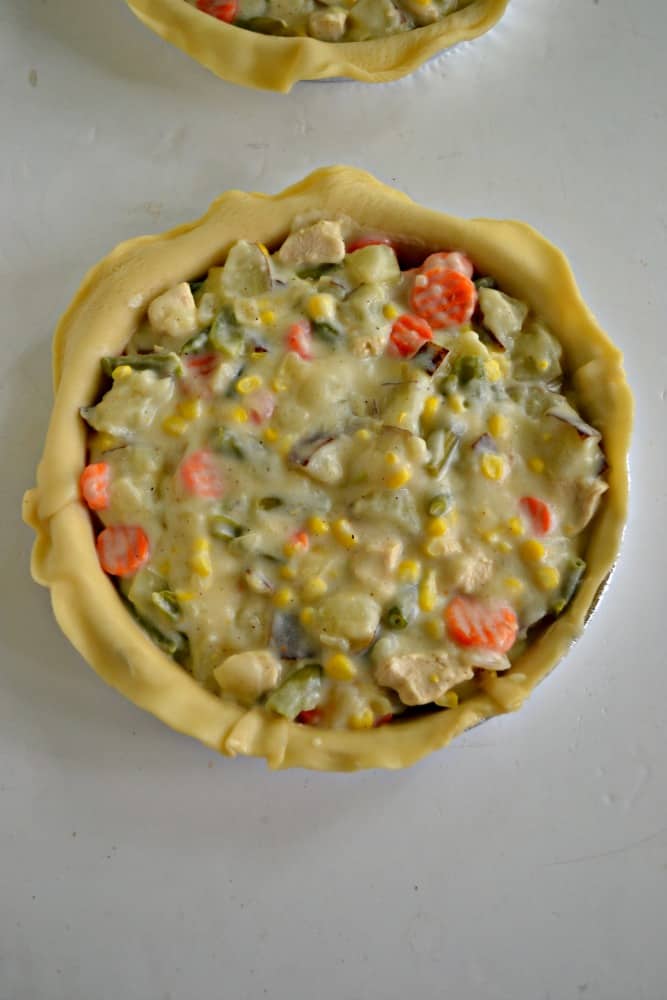 I bought 2 foil cake pans from the market to put the pot pies in.  I was going to buy pie pans but the disposable foil ones are so small and I knew they wouldn't hold too much filling so I went with the cake pans.   They ended up being the perfect fit. 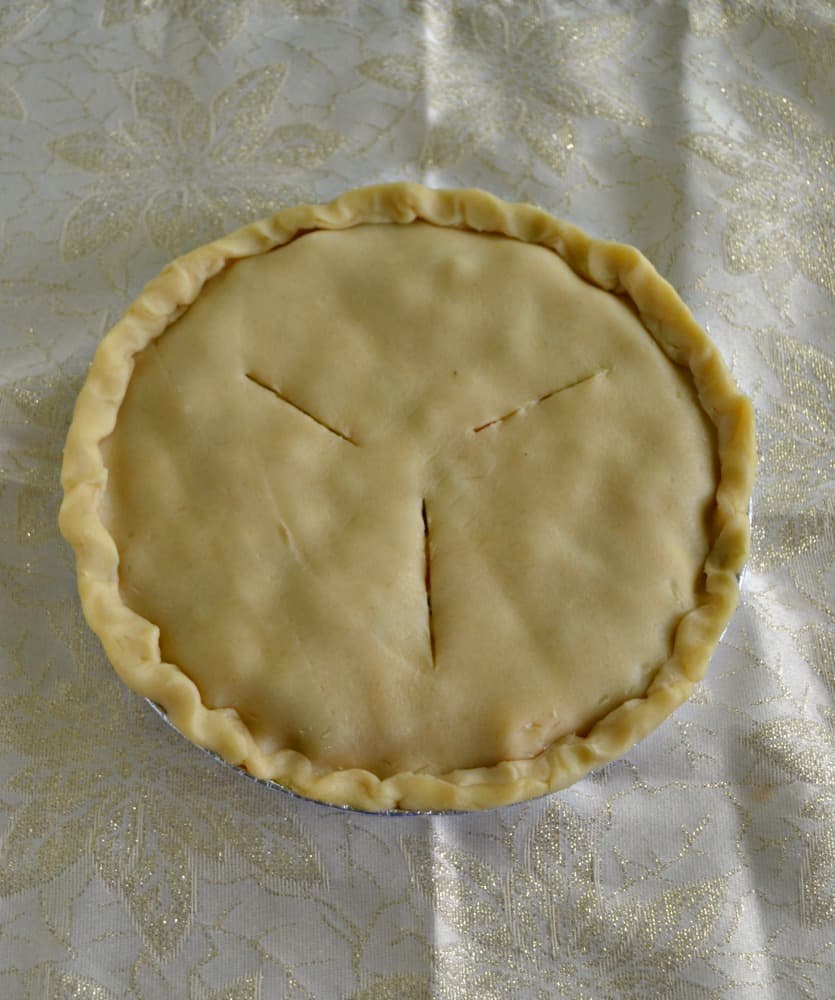 In order to make these pot pie I simply cooked the filling and the gravy and put them in the pot pie crust.  I did not cook the pot pies at all.  I wrapped them in plastic wrap and then in foil and put them in the freezer.   They freeze well this way for up to 6 months.  Then I simply put the heating instructions on a piece of masking tape and stuck it on the foil.