It's summer time and I love taking walks outside in the sunshine, working in my garden, and cooking delicious foods.   I always head home to my parents several times in the summer because of all the family birthdays and being at home makes me feel nostalgic. 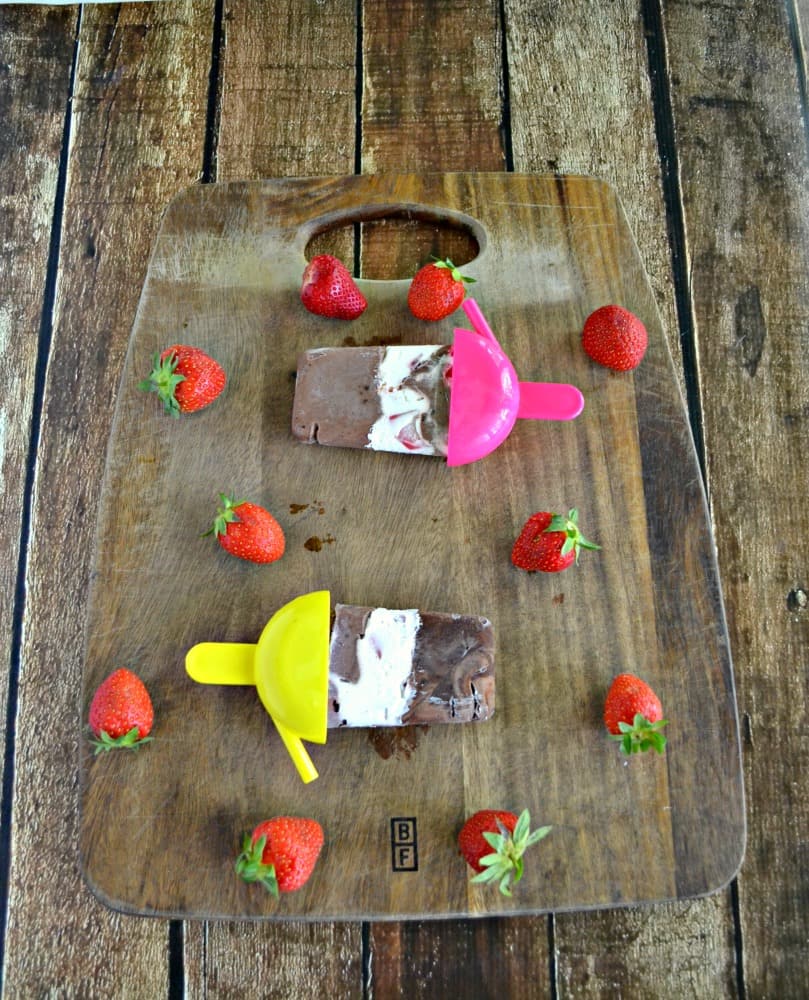 Being at my parents in the summertime makes me think of pudding pops.   Did you ever have pudding pops in the summer?   My mom used to buy them and put them in the freezer then my brother and I could grab one whenever we were hot and hungry.   We usually bought the plain vanilla, plain chocolate, and the half chocolate/half vanilla ones.  The half and half ones were always my favorite.  Whenever I see a pudding pop it takes me back to summers with my brother at my parents house. 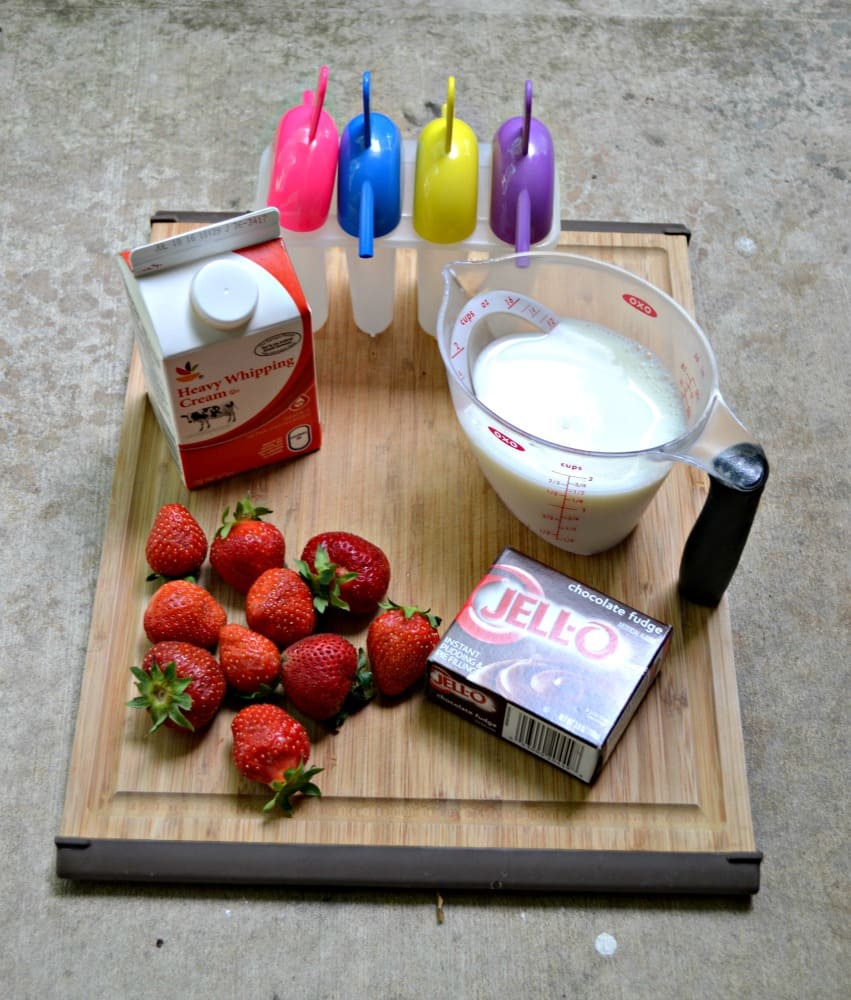 Initially I was going to make half chocolate and half vanilla pudding pops but then I went to a farm and picked 5 pounds of strawberries.  They were staring up at me from the refrigerator so I decided to make chocolate covered strawberry pudding pops.  I wanted to layer creamy chocolate pudding with fluffy vanilla cream studded with strawberries. 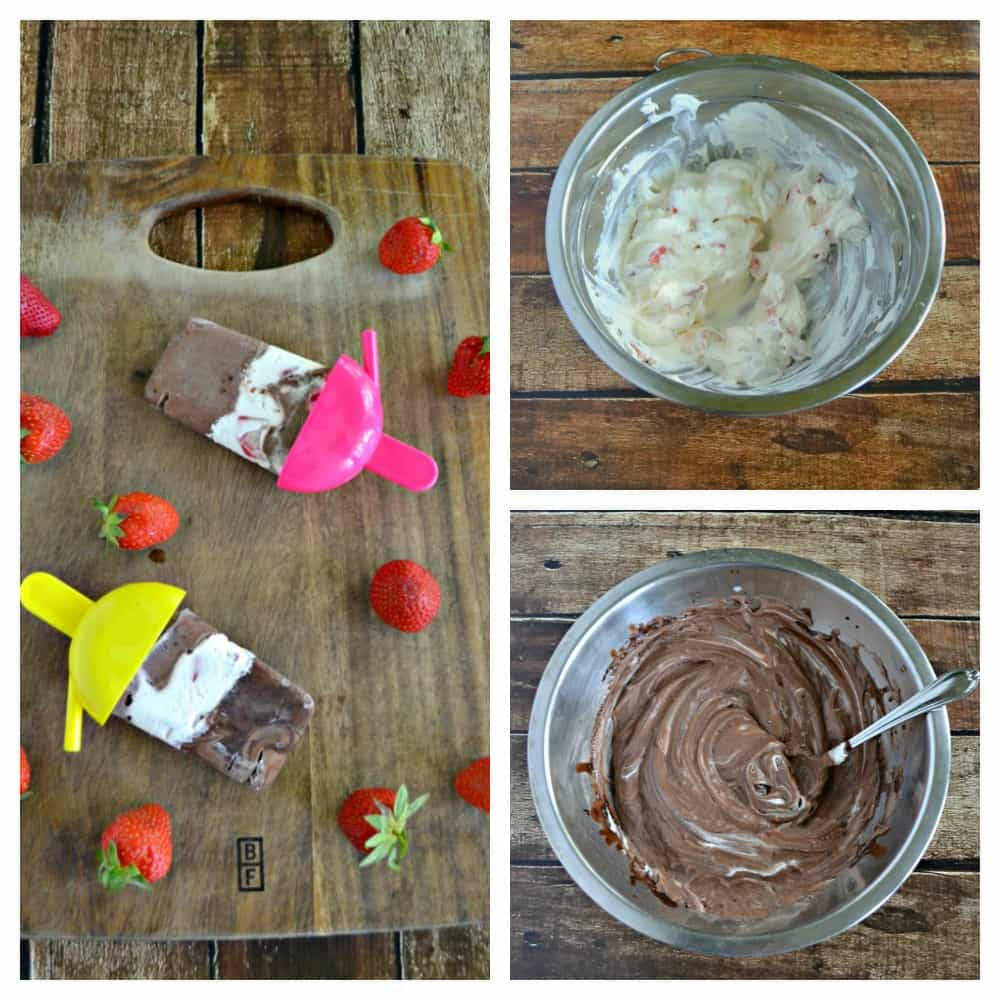 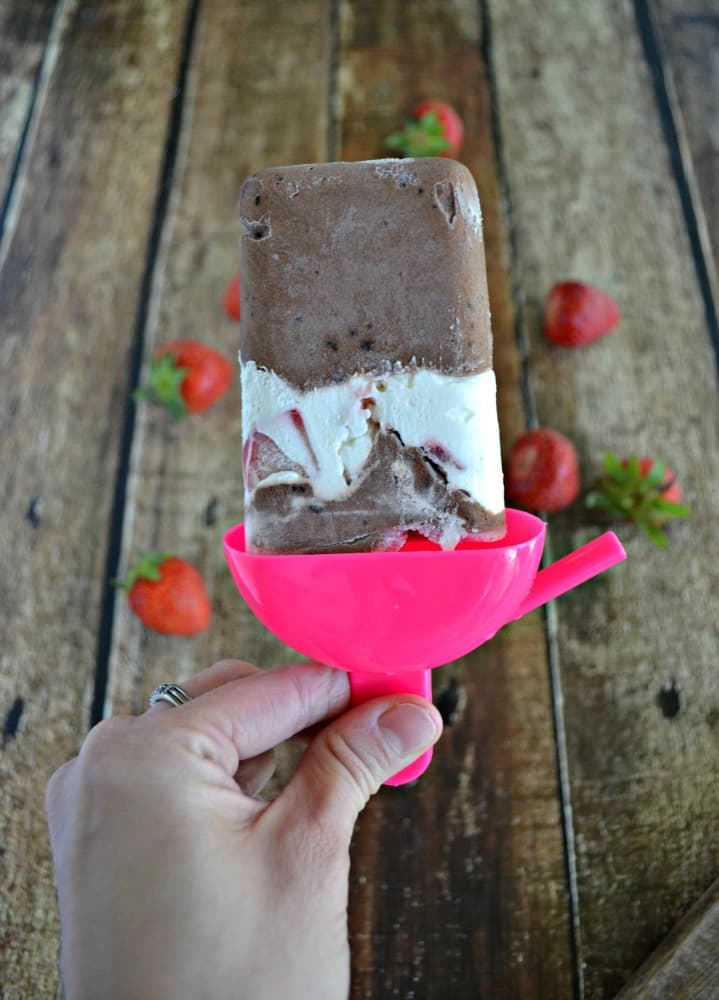 I froze the pops for 4 hours and when they came out they were perfect!    I loved seeing the distinct layers of chocolate and strawberries.  They were so creamy and delicious and took me back to summers at home with my friends.  I can't wait to make other flavored pudding pops for next time! 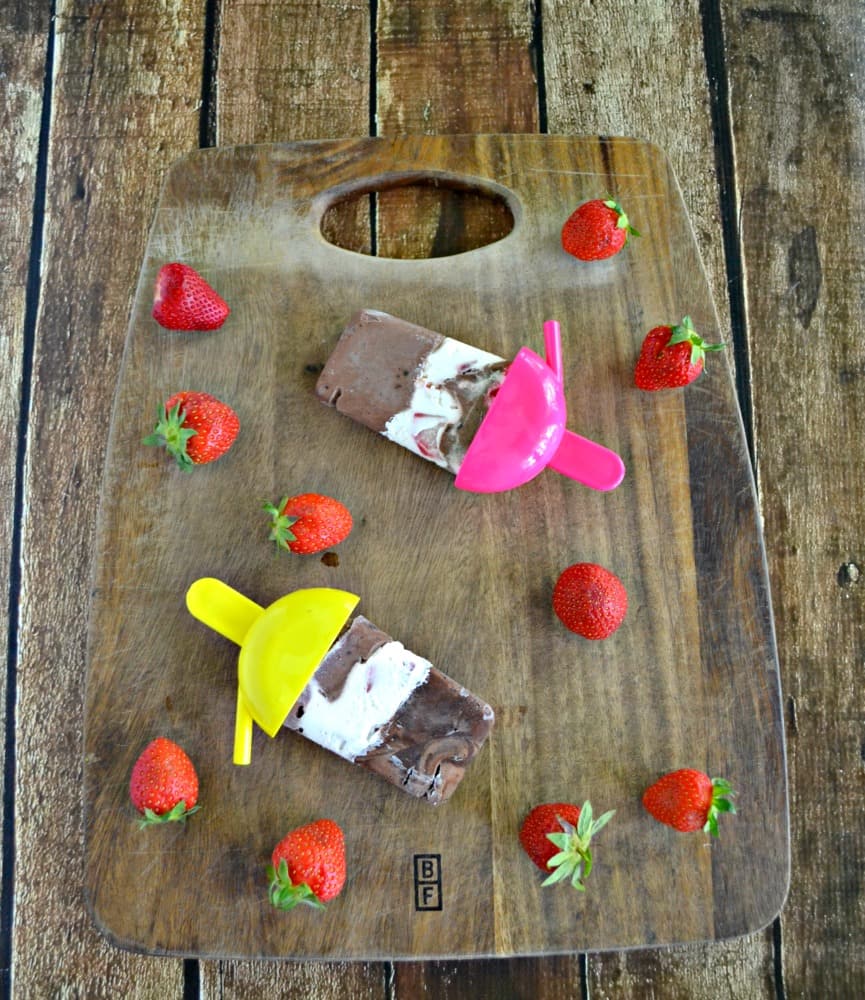