This post is sponsored in conjunction with #SpringSweetsWeek. All opinions are mine alone.

Want to try the cupcakes that made both my husband and I sneak a second one?   Chocolate Raspberry Mocha Cupcakes with fresh raspberry buttercream are quite possibly one of the best chocolate cupcakes I've ever made. 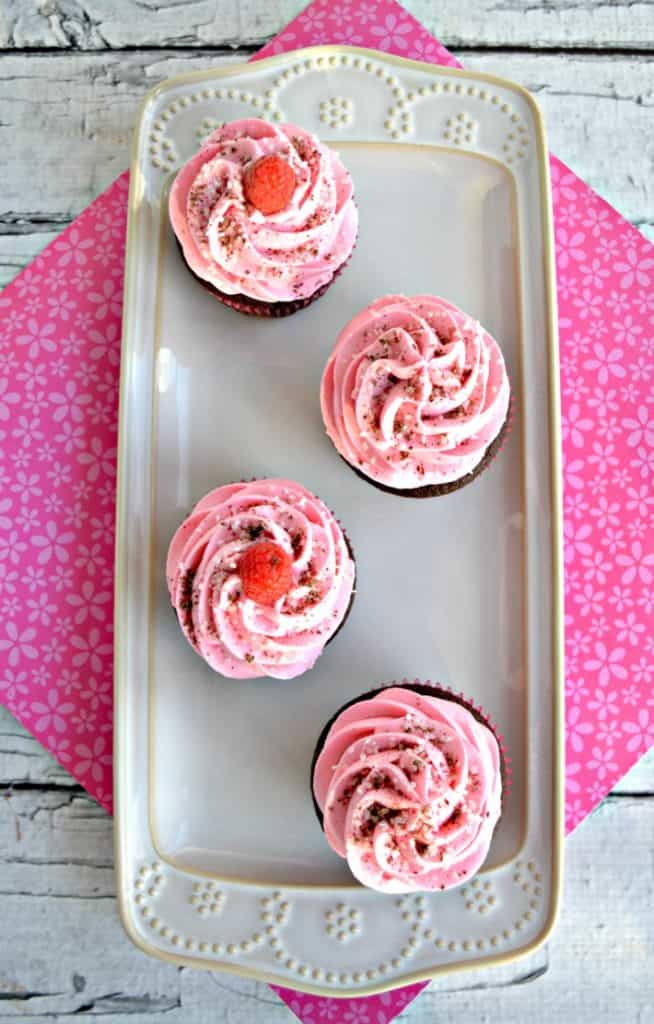 I'm not a huge fan of chocolate cupcakes so anytime I make a really good one I'm pretty shocked.  I prefer when there is another flavor in with the chocolate and these cupcakes do just that. 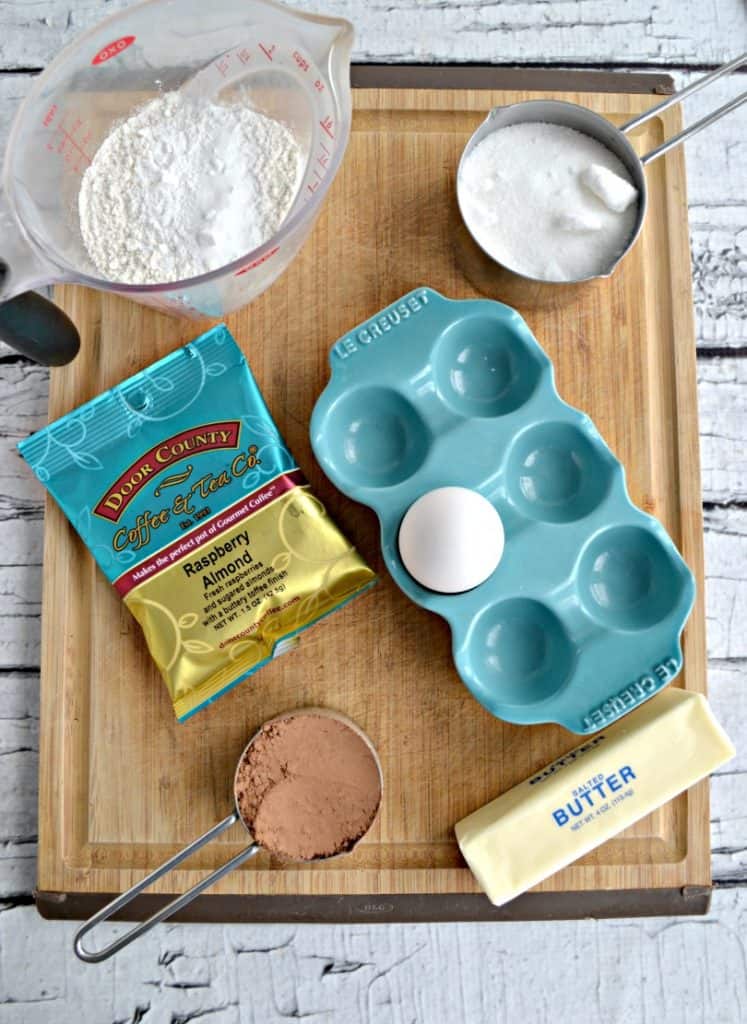 Instead of making a classic chocolate cupcake with boiling water which never seems to work for me, I substituted the boiling water for a cup of strong brewed coffee.  Since I wanted to make a fruit flavored frosting I brewed a cup of Door County Coffee Raspberry Almond flavored coffee.   I could really smell the raspberries and the almond in the coffee.

I often worry when adding flavors to chocolate cupcakes that no one will be able to taste them because chocolate is such a strong flavor. In this case the raspberry and coffee flavors really came through.   I could taste a hint of almond but not much of it which was just fine with me. 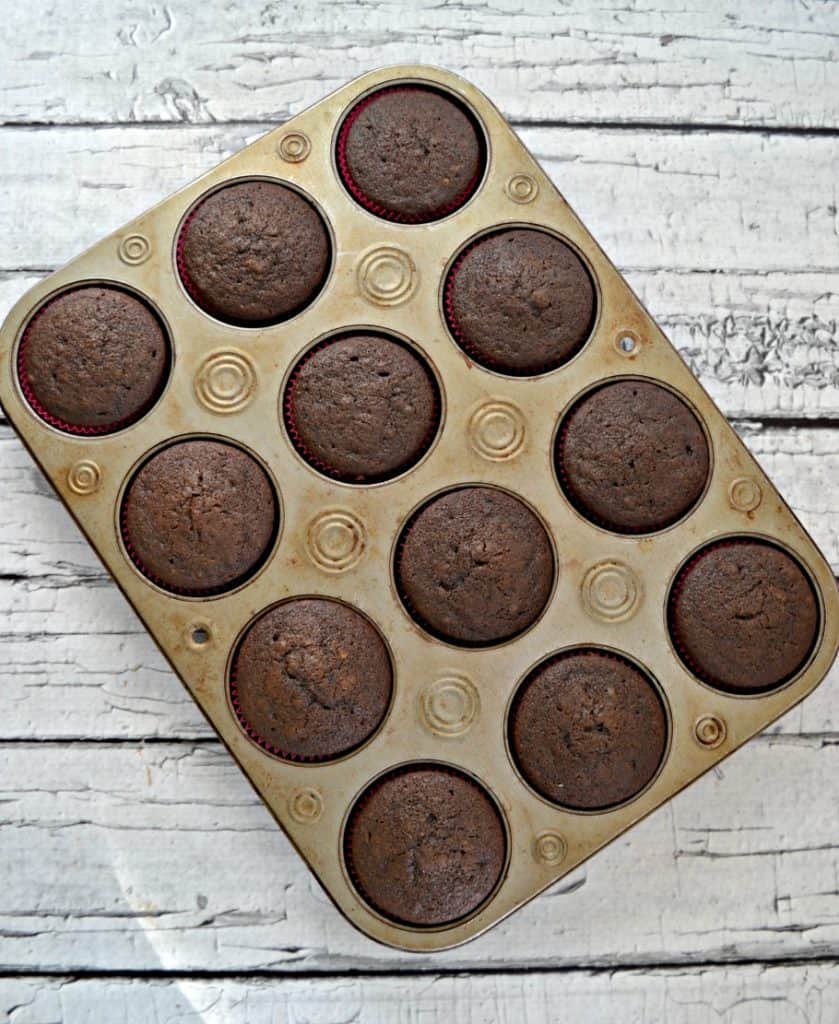 So I made the chocolate cupcakes with the raspberry almond coffee and they came out perfectly.   To make the frosting I boiled raspberries, lemon juice, and sugar together then pressed the mixture through a sieve so that I simply had a sweetened puree.

I added the puree to my butter and mixed until smooth.  Then I added in the powdered sugar until the desired consistency was reached and piped it onto the cooled cupcakes. 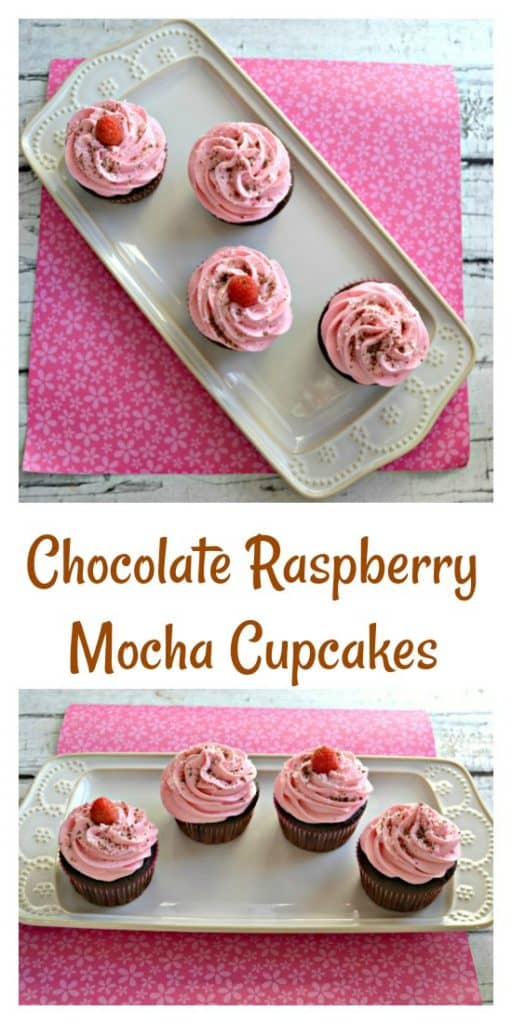 There are several ways you can decorate these cupcakes but I went with simple.   I sprinkled them with sanding sugar and placed a raspberry on top.   Then I shaved a chocolate bar over the top to give it a little pop of color. 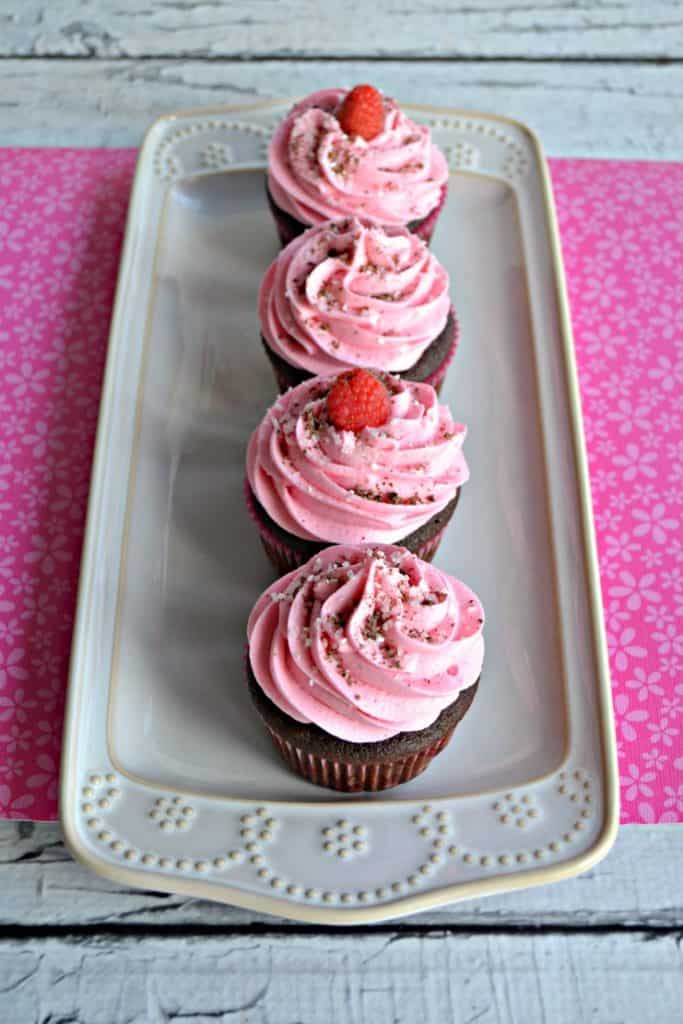 These cupcakes are out of this world!  The chocolate mixed with the raspberry and almond in the cupcake is the perfect combination.  Paired with fresh raspberry buttercream it makes for a bright yet decadent treat. 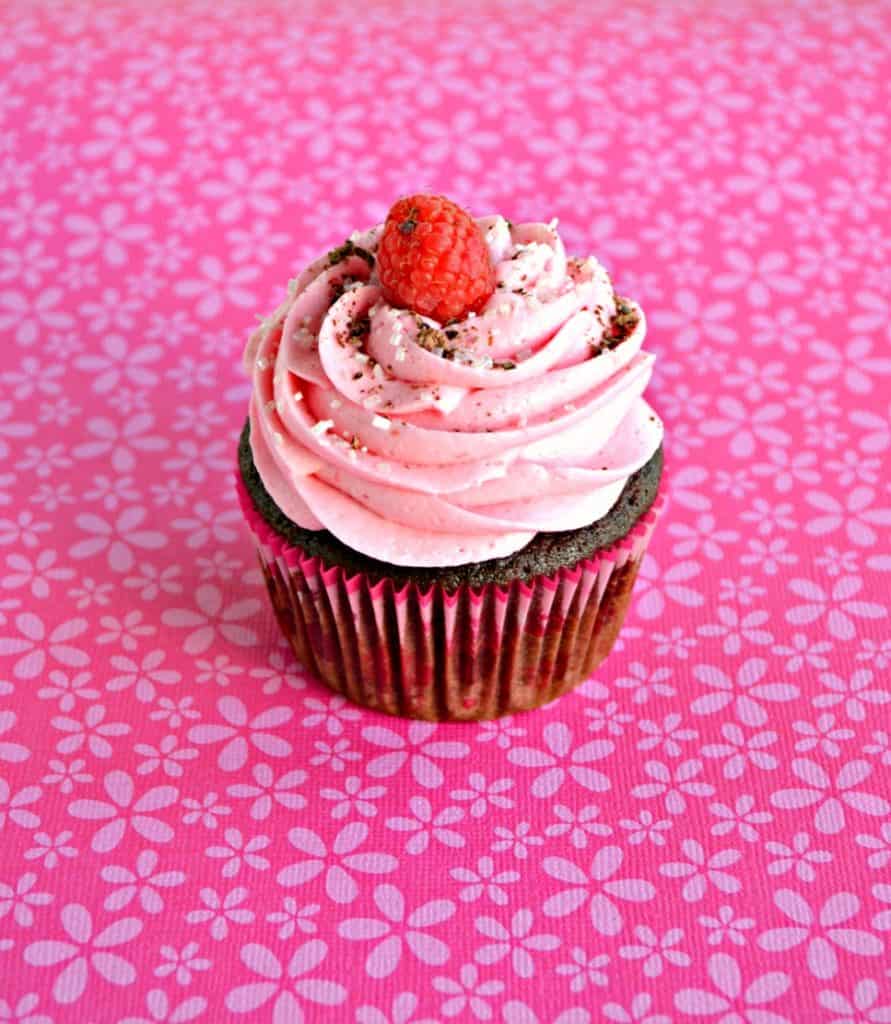 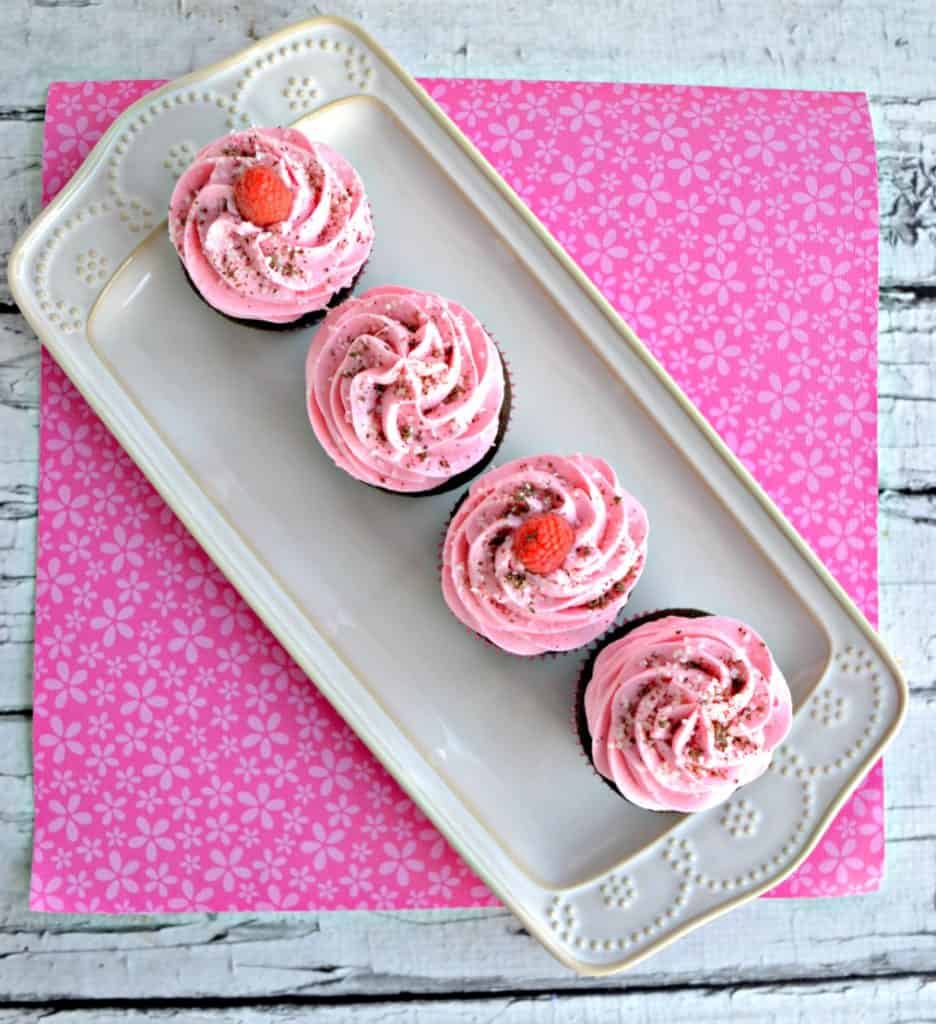