I love flavored coffee drinks and flavored creamers.   I drink a cup of coffee every morning and I like to put either vanilla, caramel, or hazelnut creamer in it.   Then I like to get an espresso drink during the day.  It varies on what type of espresso drink but it's often one with caramel or vanilla or white chocolate mocha. 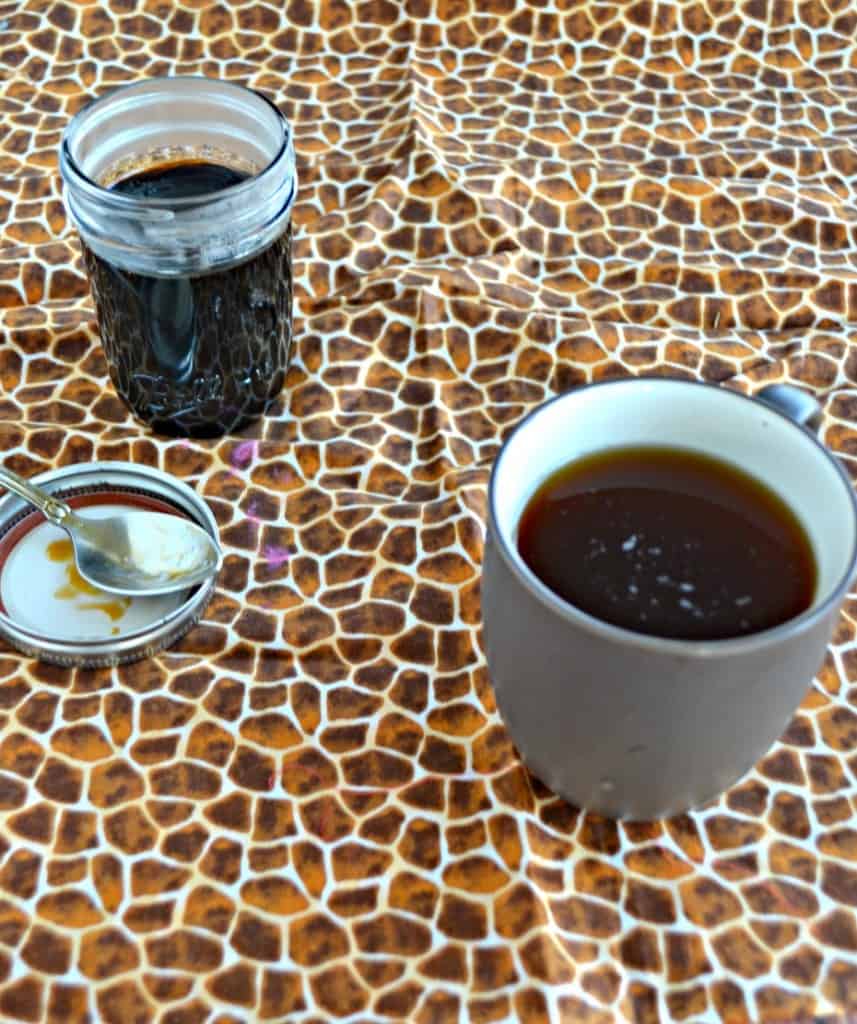 The problem with the espresso drinks is that they are expensive and they have a ton of calories in them.  They are good once or twice a week but the price and calories add up during the week.  That's why I like making my own coffee syrup at home.   I've made peppermint mocha in the past but I wanted something with a bit of spice. 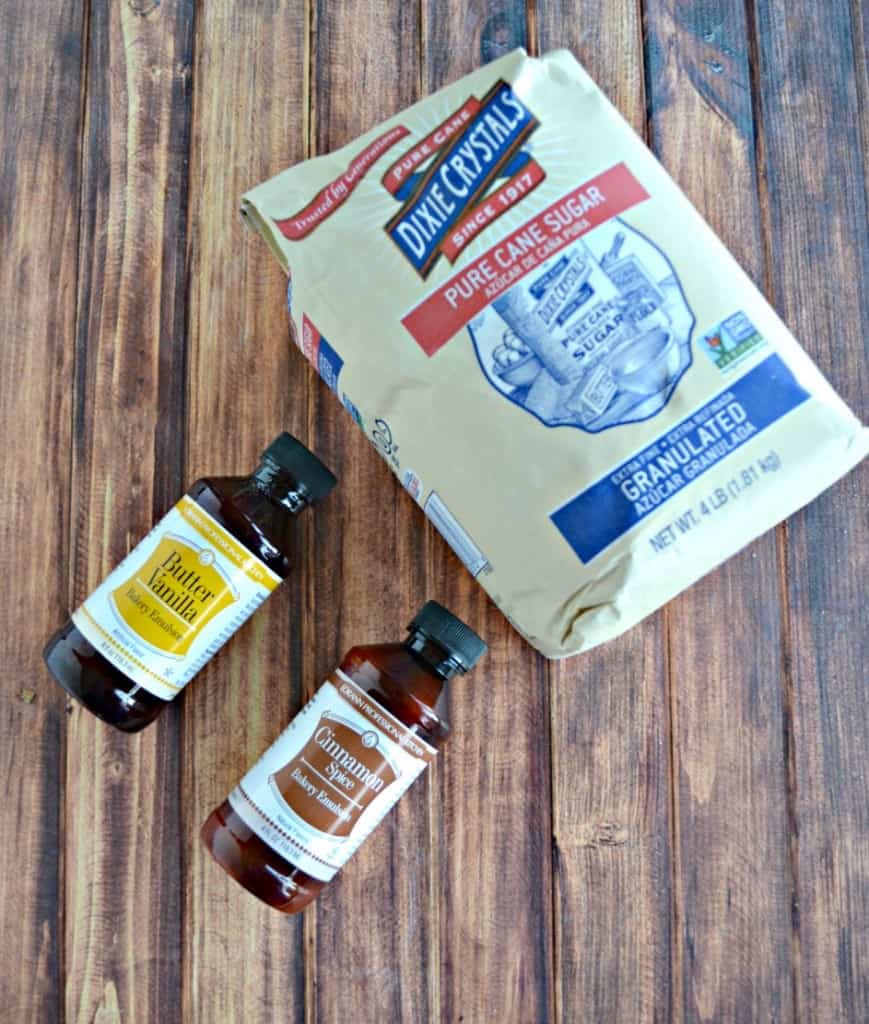 That's when I made this Cinnamon Dolce Coffee Syrup.  It's basically a thick simple syrup flavored with cinnamon spice, butter vanilla, and coffee flavoring for a sweet and spiced cup of coffee.  I love making my own syrups because I know what goes in them and then I can decide how much to put into my cup of coffee. 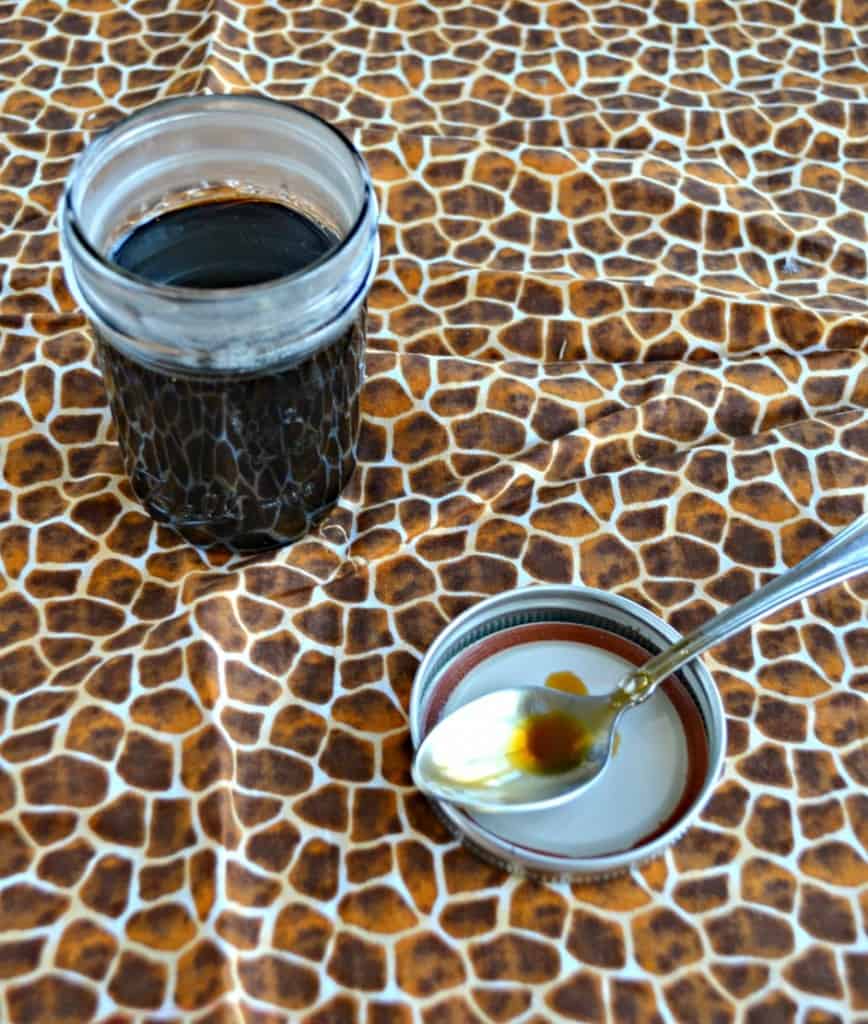 This syrup is also great to use in making a latte.   Simply steam milk, add espresso, and place the coffee syrup in a mug.  It makes a smooth, creamy Cinnamon Dolce Latte!   This is also delicious when poured over top of ice cream or used in a variety of desserts such as cakes, buttercream frosting, or pudding. 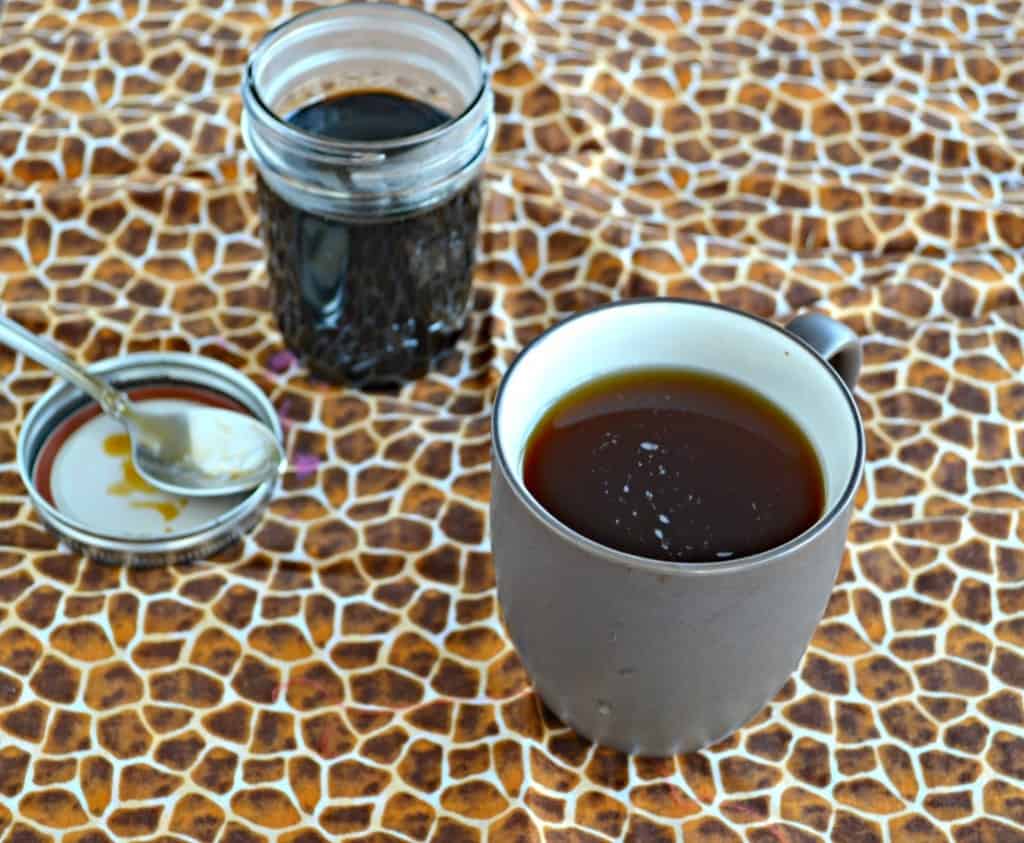