Every other Wednesday at school they make cinnamon rolls for breakfast.  It's always one of my favorite breakfast days.  I get one every time and I eat it happily but some days they are better then other.    This week they were soft, fluffy, and covered in frosting.  Some days they are small, a little dry, and don't have much icing on them. 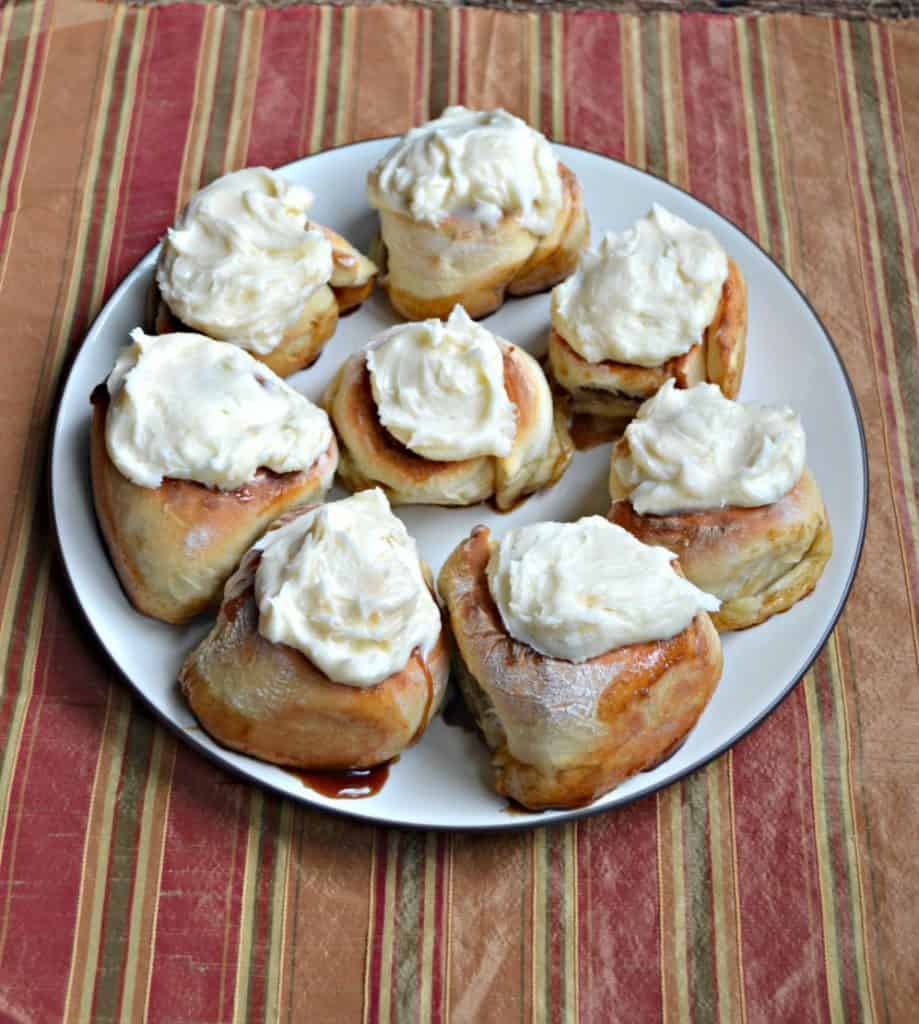 Regardless, I still love them and enjoy them.   I haven't really made many cinnamon rolls myself at home.  Sometimes I'll buy the ones that come in a can in the refrigerator and heat them up in the oven as a treat but I usually don't have the time to make them from scratch.

This recipe from cinnamon rolls is semi-homemade but they are amazing.   Whenever I bake at home I rarely eat an entire cookie, slice of cake, or anything else I make but in this case I ate the whole cinnamon roll and didn't even think twice about it.   Instead of making the dough from scratch I used frozen bread dough and went from there. 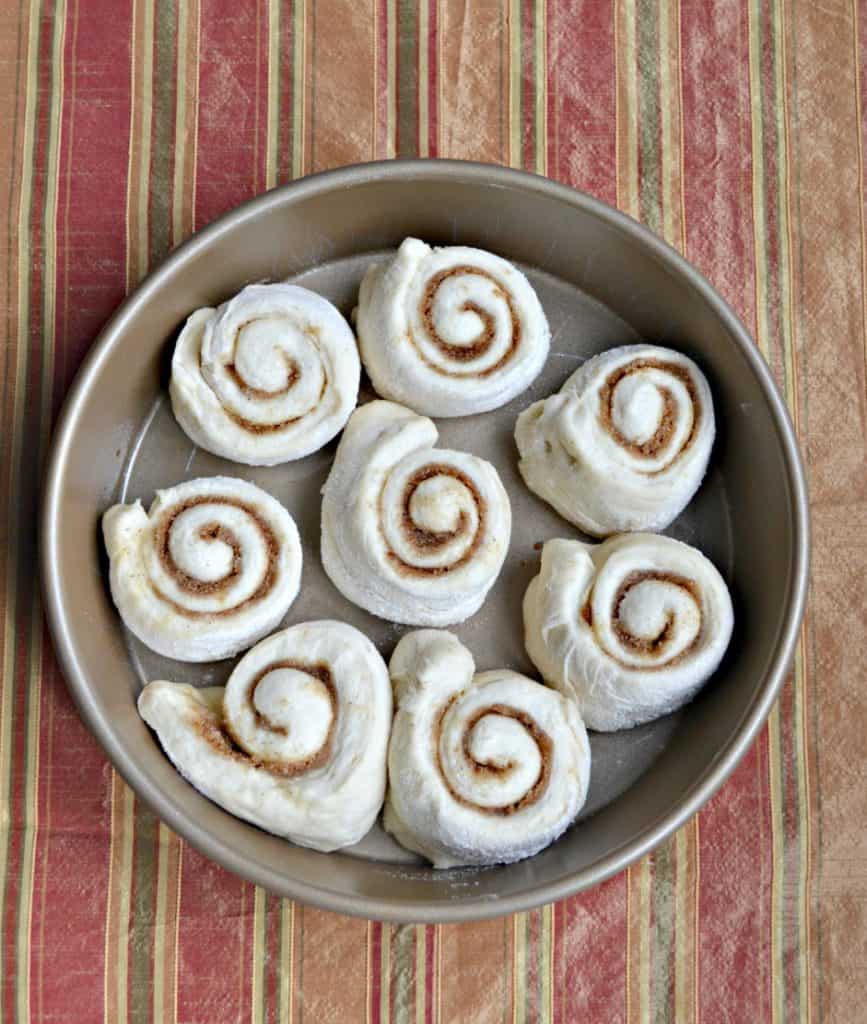 After thawing and letting it rise I filled it with a brown sugar and cinnamon filling and rolled it up.  I let the dough rise a little more then baked them in the oven.  Once they came out I frosting them with the best vanilla cream cheese frosting I've made in a long time. 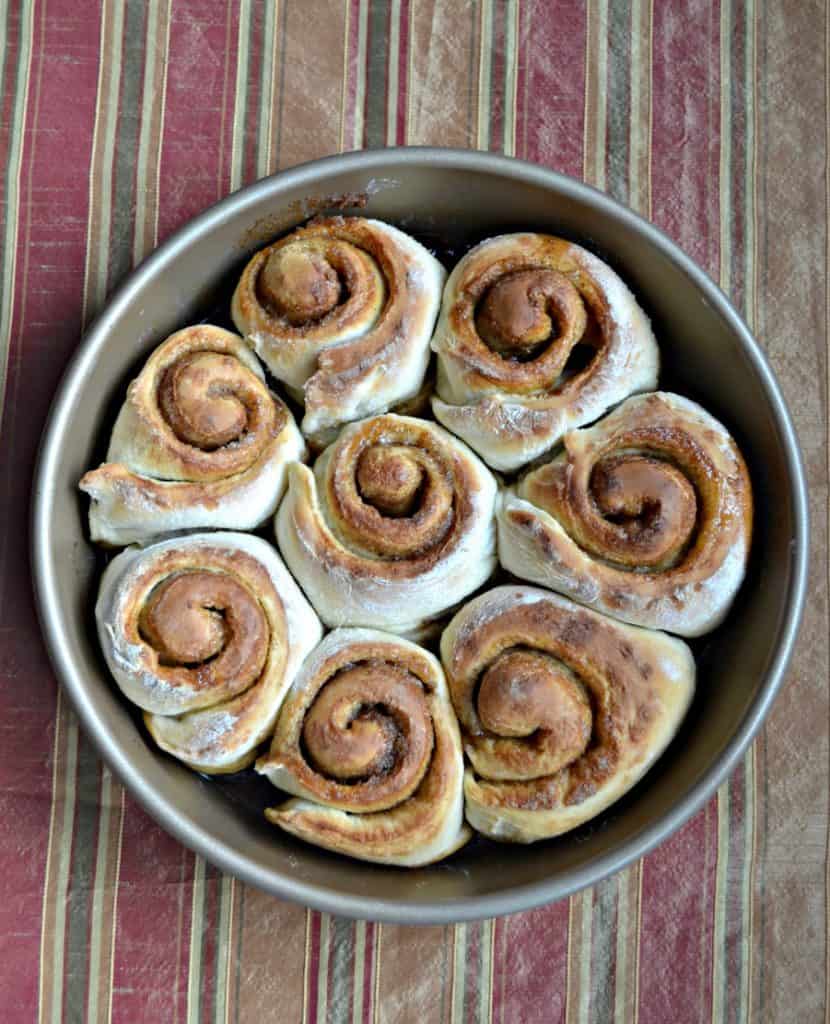 These cinnamon rolls are awesome.   The are soft, fluffy, and full of cinnamon goodness.  The frosting is sweet, creamy, and pairs so well with the rolls.  Semi-homemade Cinnamon Rolls would be a delicious baked good to make for a breakfast or brunch and they are perfect for Mother's Day. 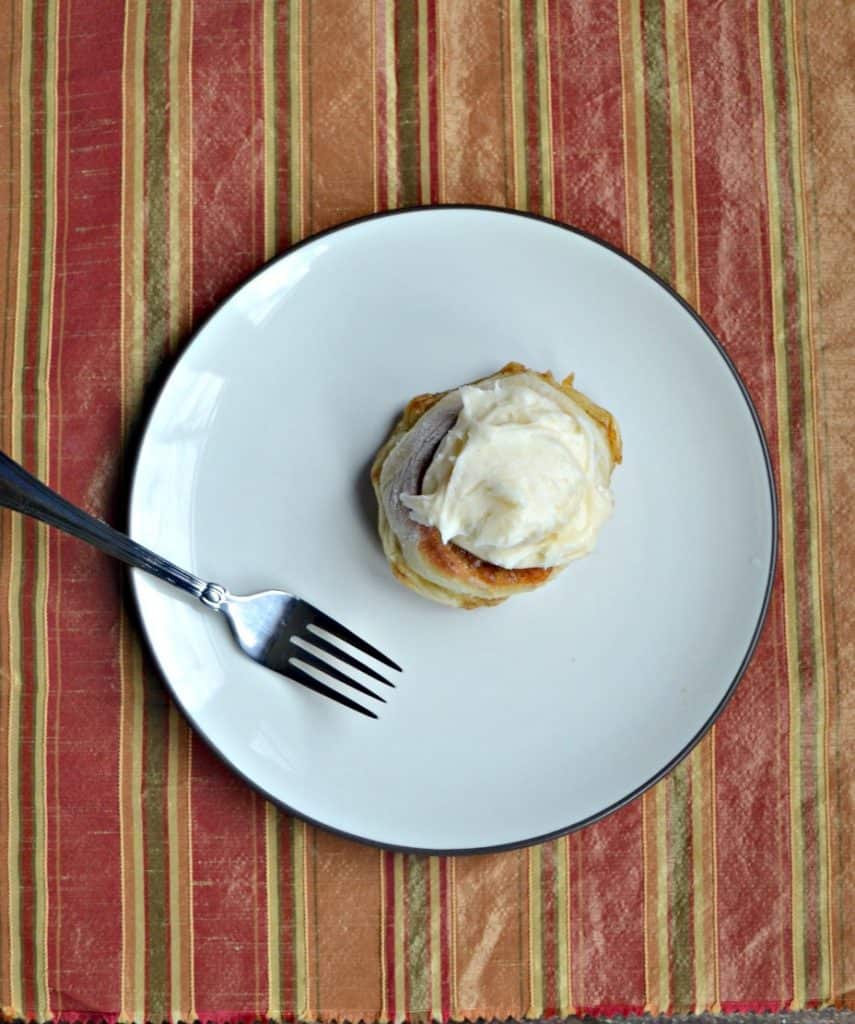