I have been waiting and waiting for fall just because it's my favorite baking season!   All of the pumpkin and apples in recipes just makes for an awesome fall time of year.  This month the Bread Bakers are sharing Pumpkin or Pumpkin Spice Breads and I couldn't wait to get started.  Our host this month is Kylee from Kylee Cooks. 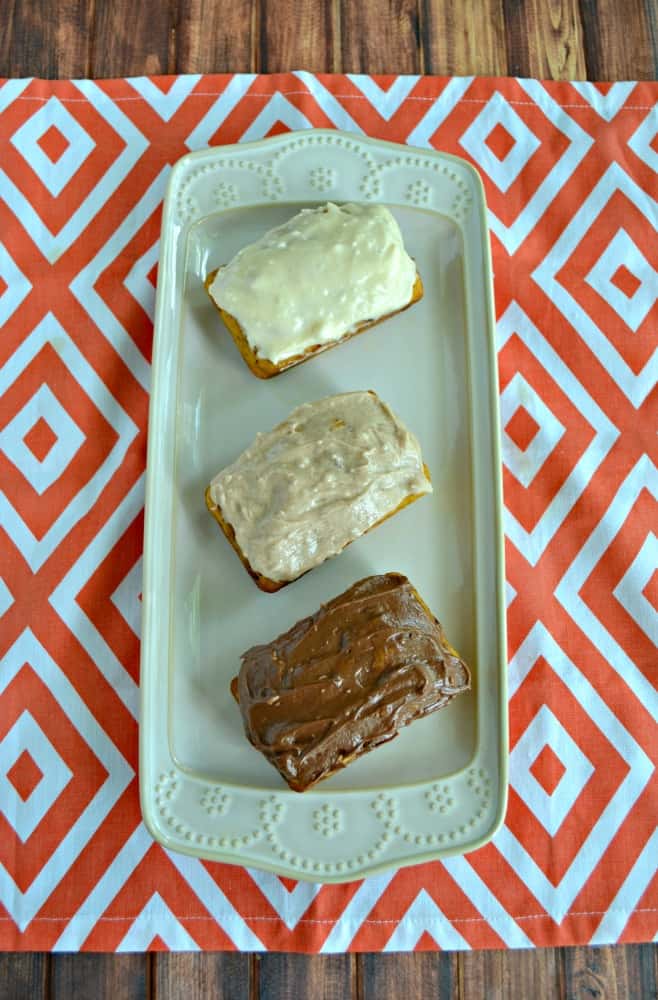 I have a pumpkin quick bread recipe that I use every year that I love but I've been wanting to fancy it up a bit.   I got my chance with this challenge.  I turned my regular old pumpkin bread into a delicious Cinnamon Spice Pumpkin Bread with Walnuts. 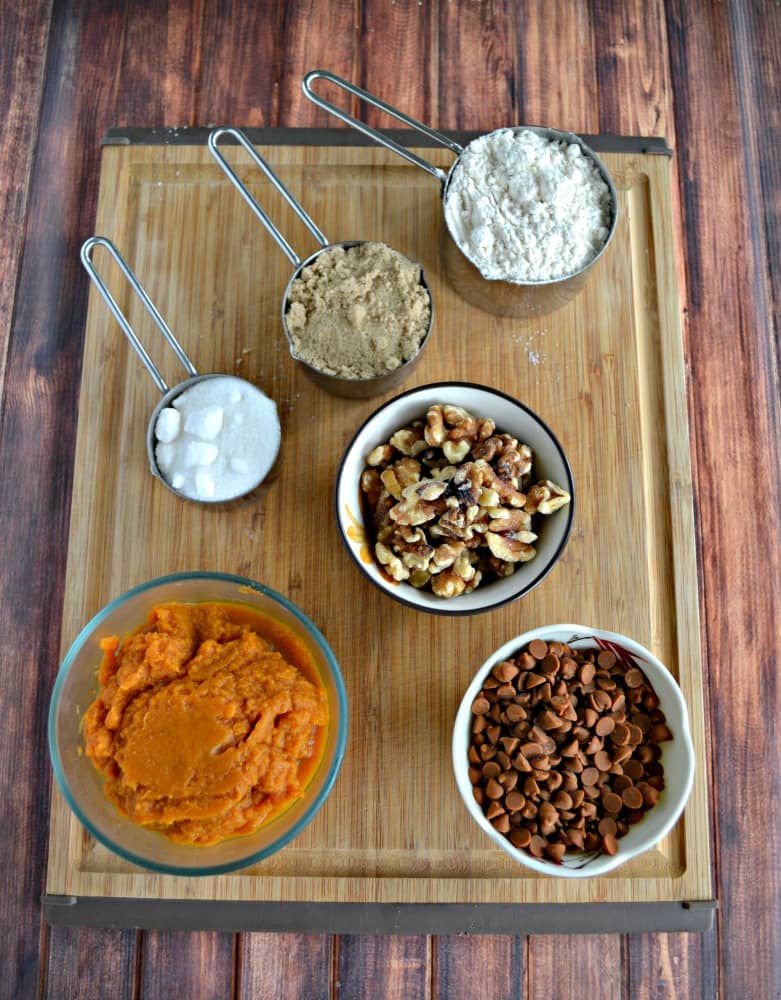 Now I started with the recipe I usually use.   It's easy and I know it works so why mess with it?  But then I added in cinnamon chips and chopped walnuts.  The cinnamon chips add a sweetness and a spiciness while the walnuts add a nice texture. 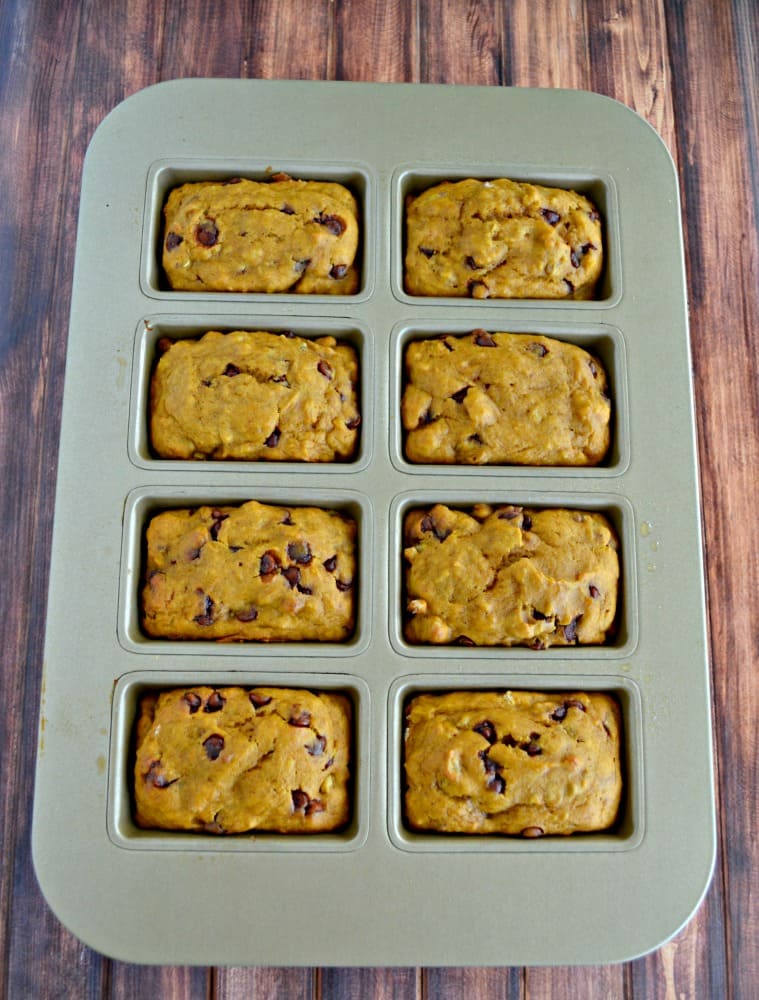 I also decided to make mini breads so that I could frost them in three different ways and share them at work.  This recipe will make 2 regular sized bread loaves or 16 mini loaves of bread.   I just happen to have an awesome pan that makes 8 mini loaves at a time. 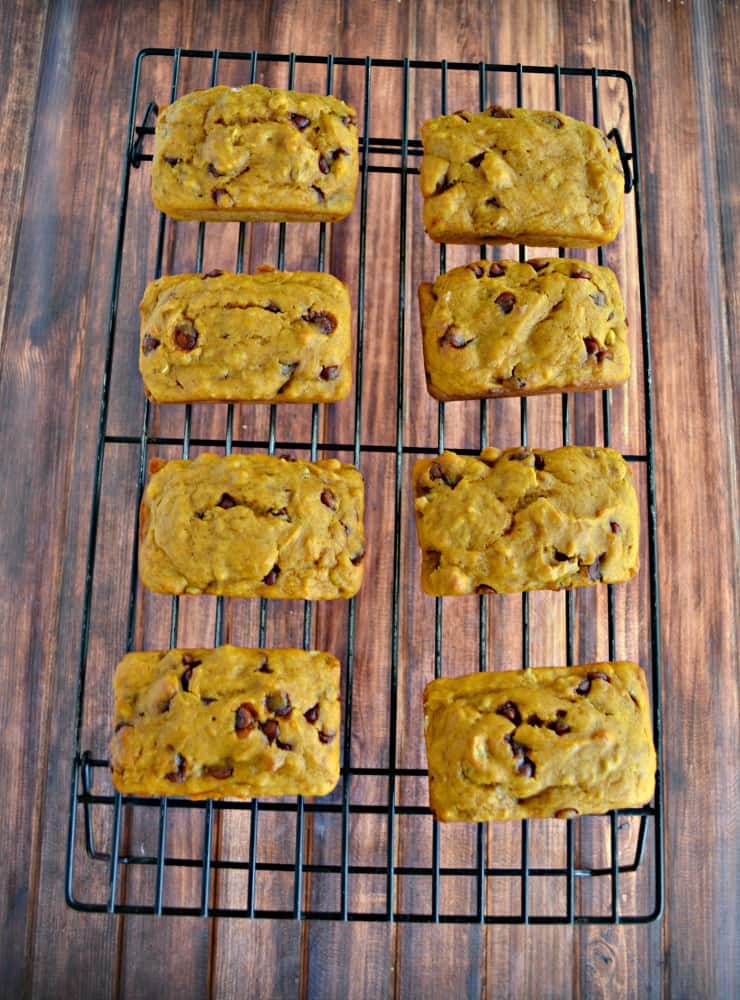 The bread smelled like fall as it baked up.  I could smell cinnamon, sugar, and pumpkin.  Nothing smells better then that!   After it baked I popped them out to cool while I mixed up the frosting.  I made a regular buttercream frosting and then divided it into three bowls. 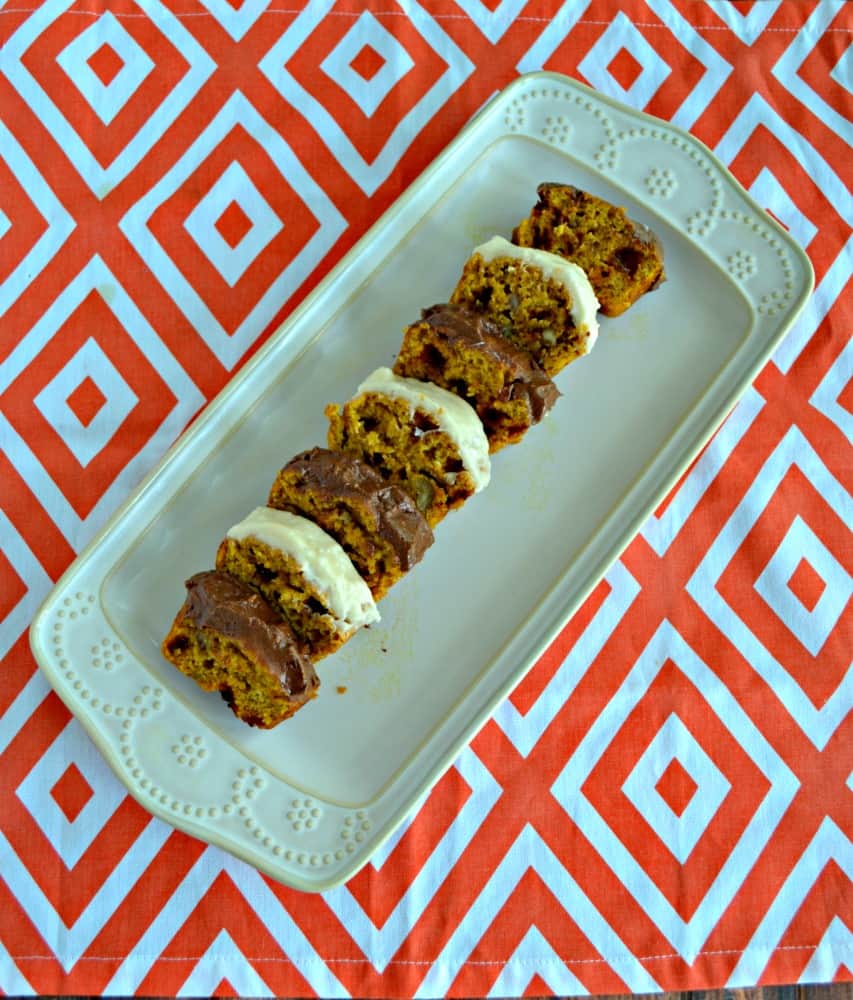 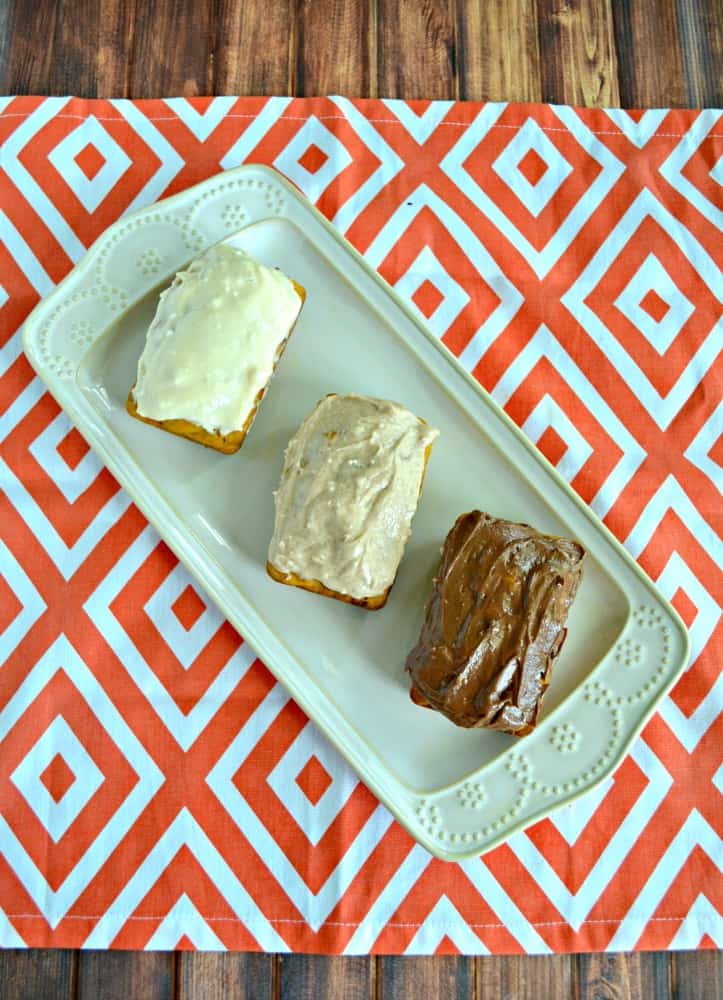 This is one of the best pumpkin bread recipes I've made and the frosting on top is just the "icing on the cake".  If you enjoy pumpkin bread give this one a try the next time you have a fall gathering.   Your guests will thank you!

5.0 from 1 reviews
Cinnamon Spice Pumpkin Bread with Walnuts and a Trio of Frosting 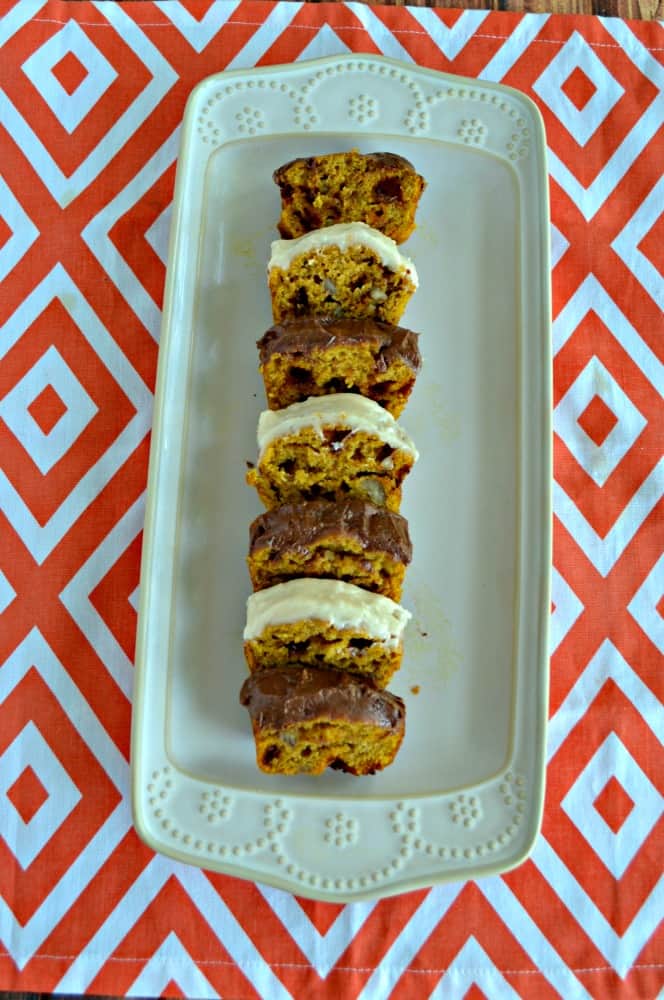