A flavorful wrap using canned tuna, Mexican spices, and then stuffing it full of veggies of cheese! 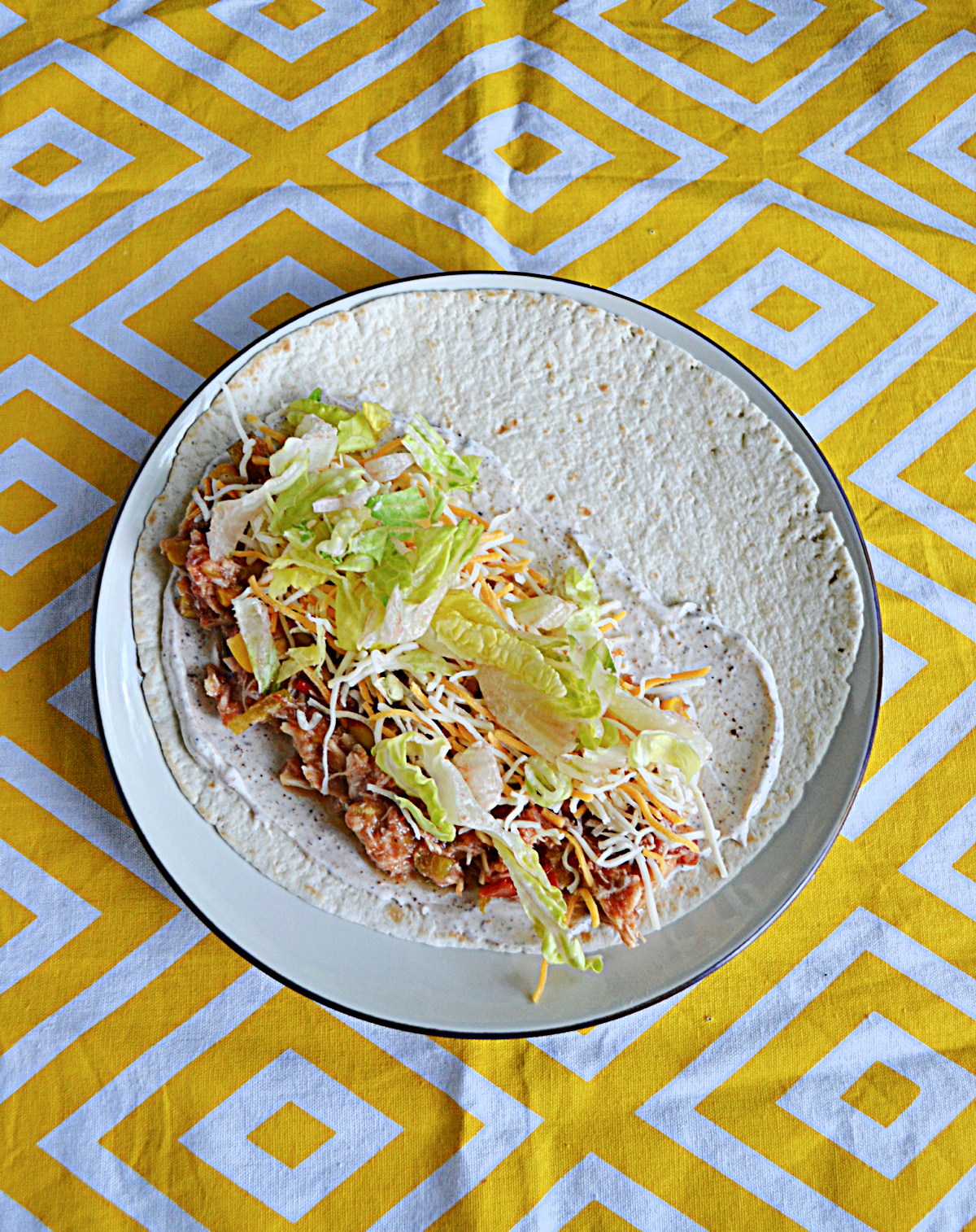 Not only has it been hot lately but I've also been back to school.  I normally bring a frozen dinner or leftovers to school for lunch because it's quick and easy but with the heat I've been wanting something cool to eat.

I've been bringing a lot of sandwiches and yogurt but one can only eat so many turkey sandwiches (and I won't eat ham, salami, bologna, etc).  On occasion I bring a salad but I have to pack the different part separately and it's a pain. 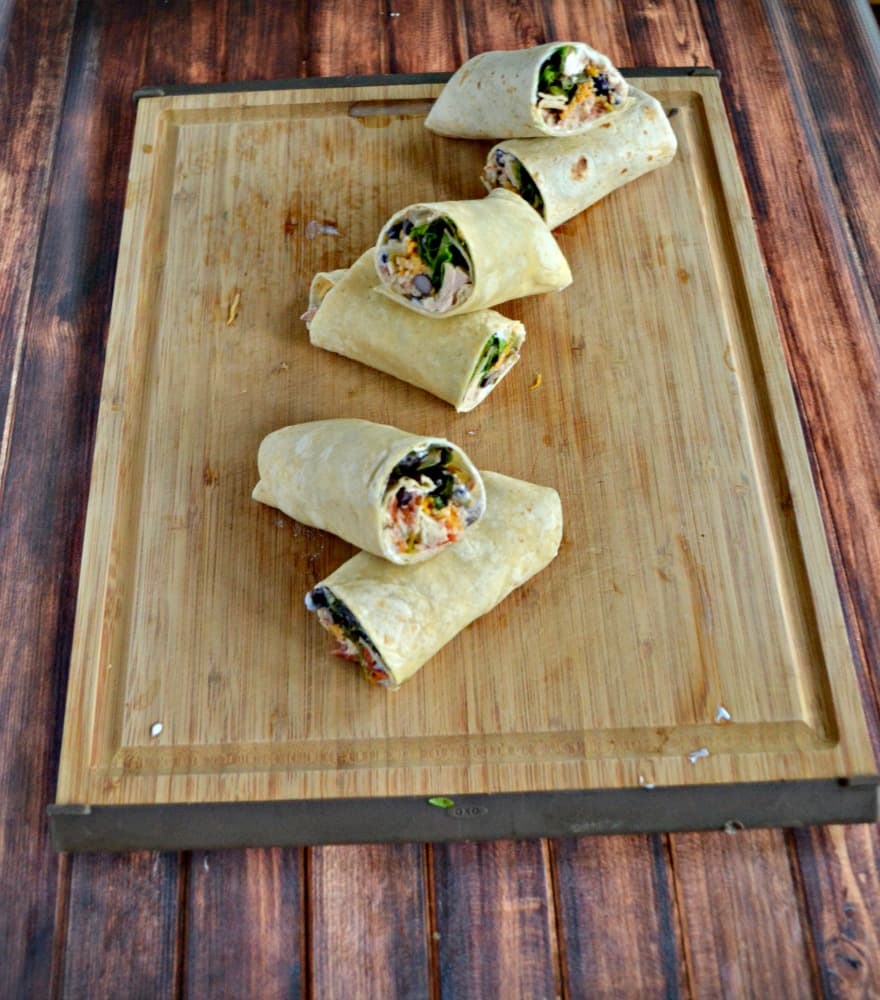 So I've been looking into wraps.  I love the Chicken Caesar Hummus Wrap from my blog.  We have that once or twice a month for dinner in the summer but I've been taking that for lunch too.

But since I can only eat so much turkey and chicken I've been looking for something different and new.   That's when I found a recipe for a tuna wrap.

To Make the Filling:   Drain the tuna well.   Add it to a medium sized bowl.  Add in the black beans, salsa, green chiles, salt, and pepper and mix well.  If the mixture is too watery drain what you can. 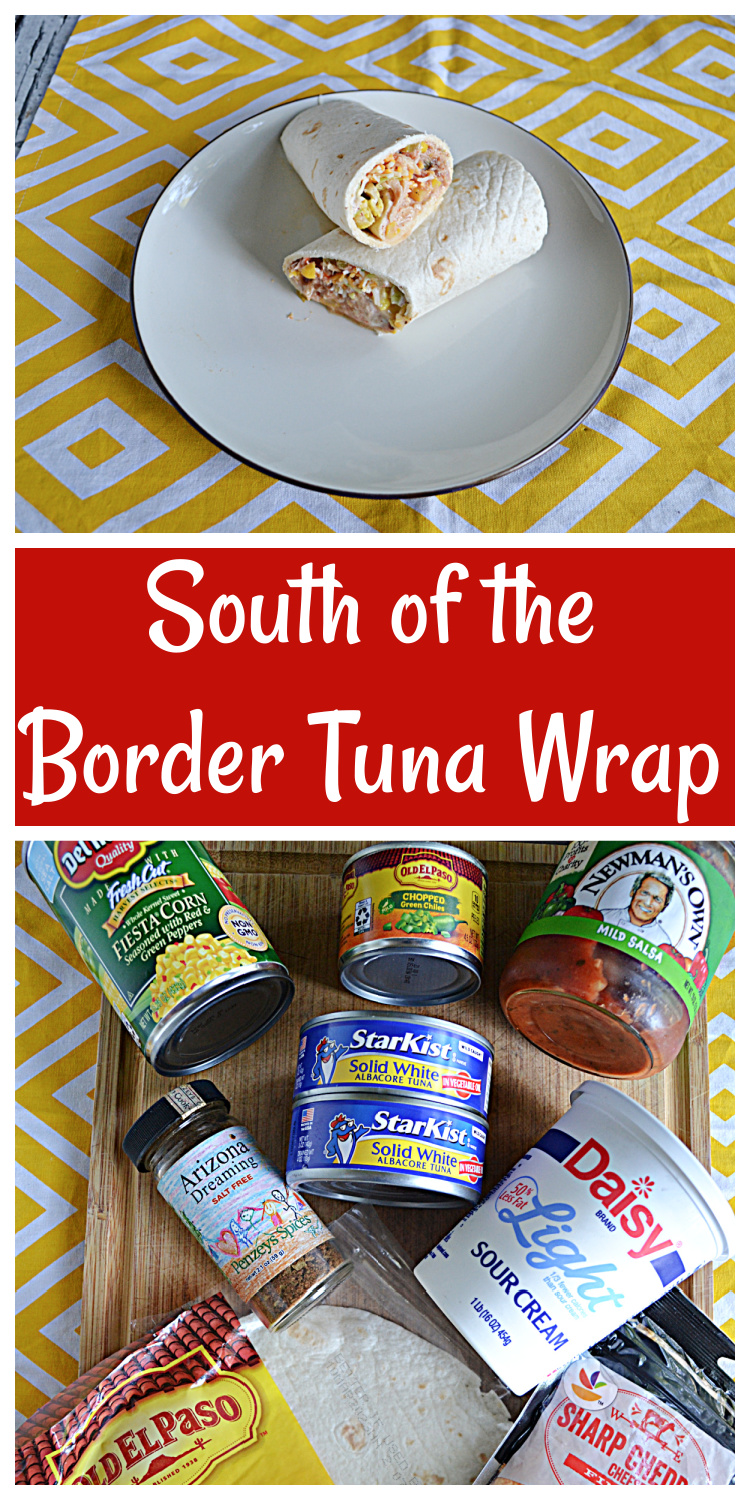 I happen to see a tiny little recipe for tuna wraps in one of my cooking magazines.   It wasn't much of a recipe having only a handful of ingredients and even fewer instructions.

It wasn't your classic tuna salad recipe with the mayonnaise so I was already sold.   It was a Mexican style wrap with tuna in it which sounded really interesting.

Making the wraps was simple.  I basically mixed everything together in a bowl, put it in some wraps, and I was finished!   I made 2 initially and had enough of the mixture leftover for two more.

I ended up refrigerating the mixture and then putting it in the wraps the next day.  That seemed to work well so the tortillas don't get soggy over night.

Do I have to use albacore tuna?

No you can use the chunk light tuna if you'd like.  I prefer the albacore tuna because it has a better flavor and I don't find random pieces of things in it.  You can also use the tuna in vegetable oil if that is what you prefer.

What else can I add to these wraps?

You can basically add any taco toppings you like.  I added canned corn the last time I made them and it was really good!   In addition to that jalapenos, diced green peppers, red onions, or diced tomatoes would be a good addition to these wraps.

I don't have taco seasoning.  What can I use? 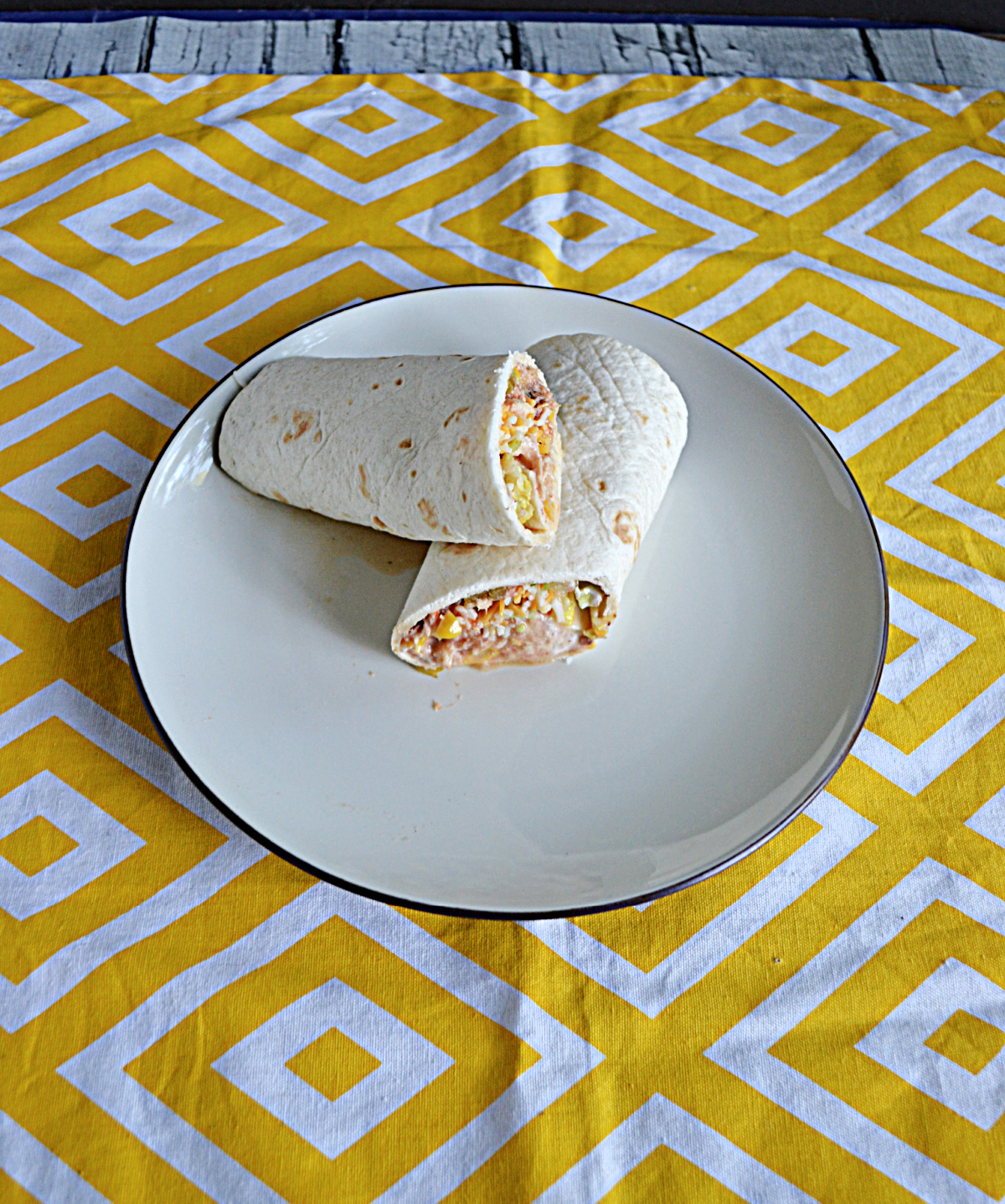 The wraps were really good.  They had vegetables, cheese, and tuna in them with a little kick from the green chilies.  Since I made a double batch I was able to have lunch for my husband and I for two days.

I liked how light these wraps were.   They filled me up but didn't weight me down.  The flavor was very Mexican and the tuna worked surprisingly well with those flavors!

This is a great wrap to send in a lunchbox for school.  It's also good to send in a dish and serve with tortilla chips for dipping if you don't want a wrap!

If you’ve tried my South of the Border Tuna Wrap or any other recipe on Hezzi-D’s Books and Cooks please take a minute to rate the recipe and leave a comment letting me know how you liked it. I love hearing from you! You can FOLLOW ME on: 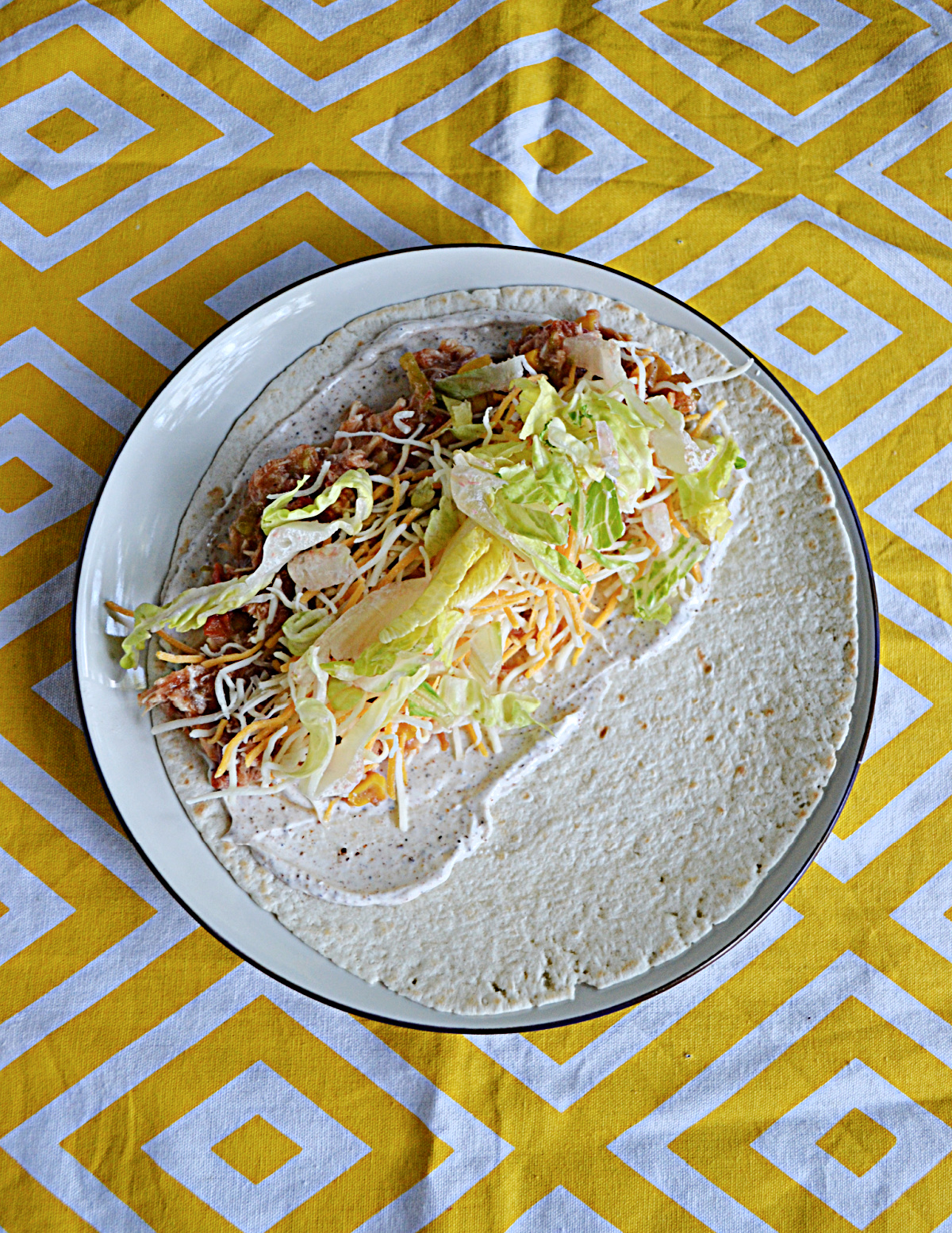