So I used to be that person that never ate breakfast.  I'd go all morning with only a cup of coffee or hot tea and be fine.  Then I started getting my students off the bus in the morning and eating with them.  I enjoy the time I get to spend with them in the morning talking about their families, their weekend, and just how they are doing. 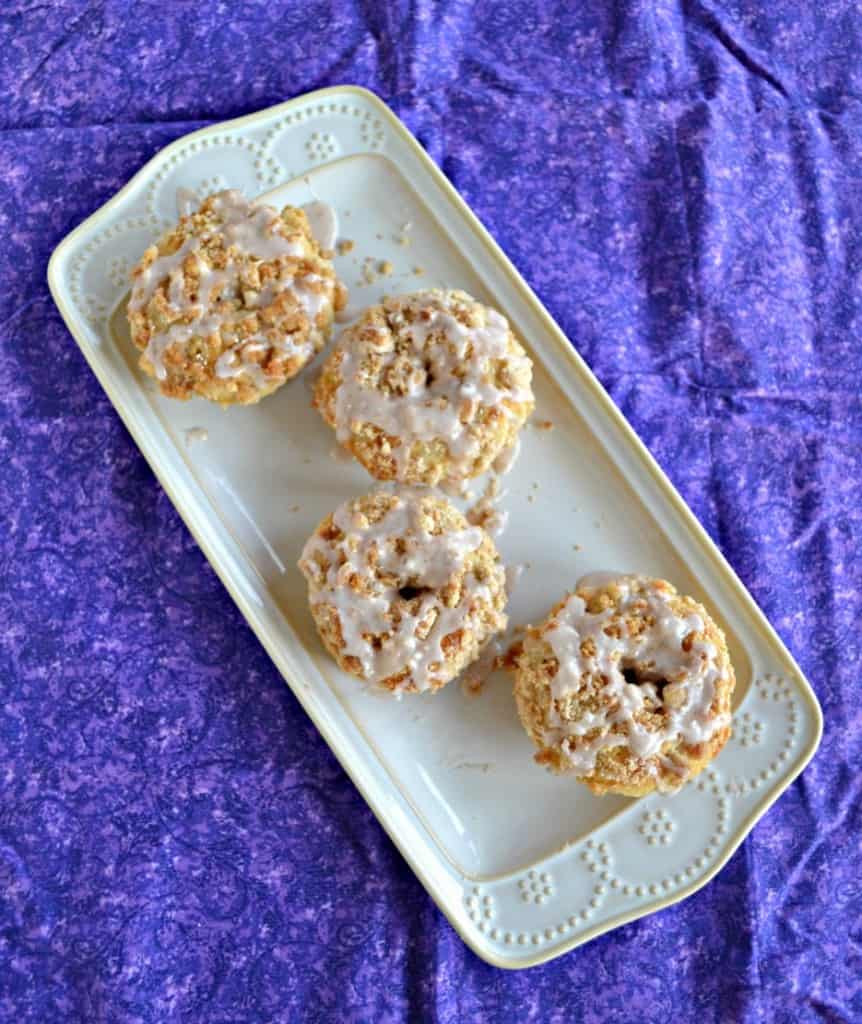 At first I would only have a piece of toast or two.  Then I started eating whatever the main breakfast choice was in the cafeteria.   While I wouldn't call myself a big breakfast eater I do usually eat something in the morning every day.  Heck, I've even been known to eat oatmeal!

I know that many people love a donut for breakfast.   My husband is one of these people.  I can take donuts or leave them.  They don't really do anything for me.  However, I do like baked donuts that I make myself in the oven.  I've found that they are much healthier, they are smaller, and I can make them in a variety of flavors. 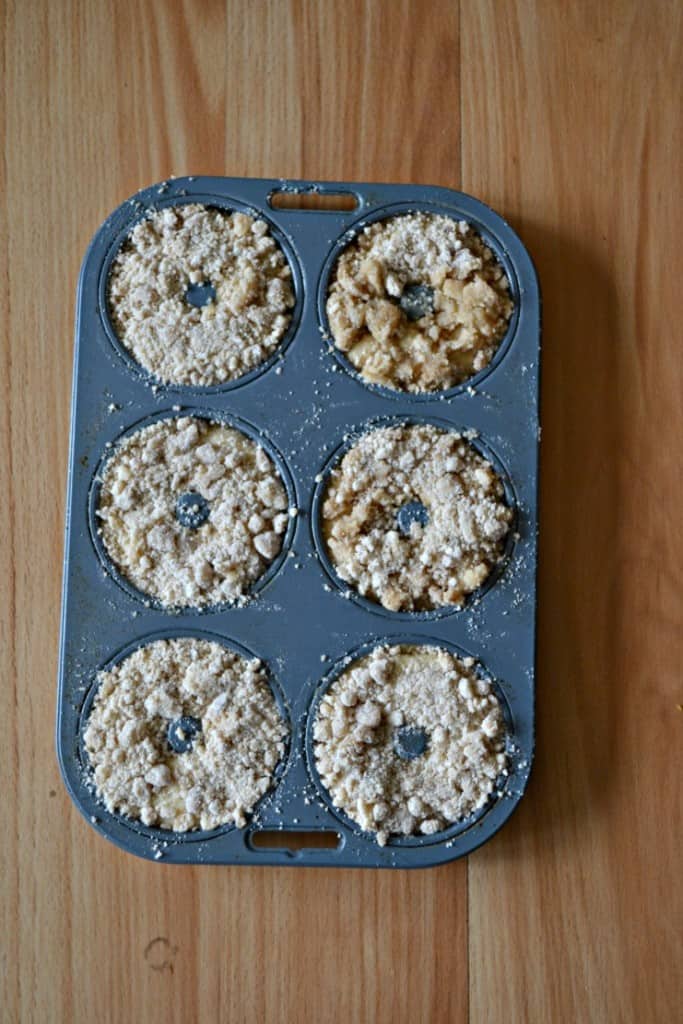 Today is National Coffee Cake Day.  Instead of baking a big coffee cake and then eating it for a week or so I decided to make Coffee Cake Donuts.  I mixed up a basic donut dough, piped it into my donut mold, then sprinkled on a crumb topping.  When they came out of the oven I drizzle icing on top. 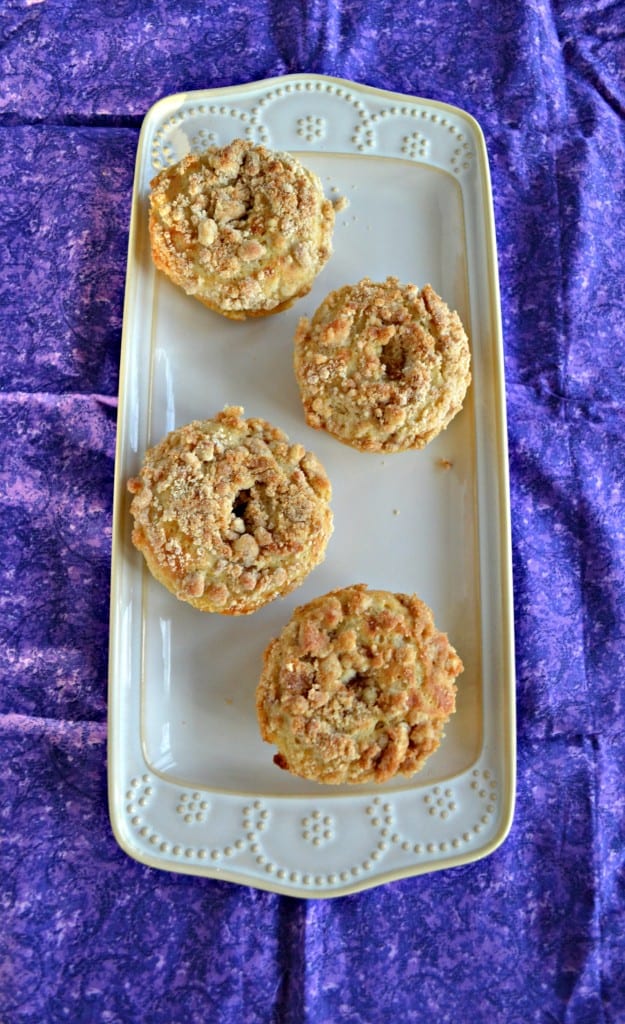 Don't skip the icing!   My husband and I split a donut before putting on the icing and while both of us thought they had a nice flavor we both thought they were too dry.  I then put the icing on and the change was huge!   The donuts tasted just like a great piece of coffee cake but were bite sized and perfect for breakfast on the go. 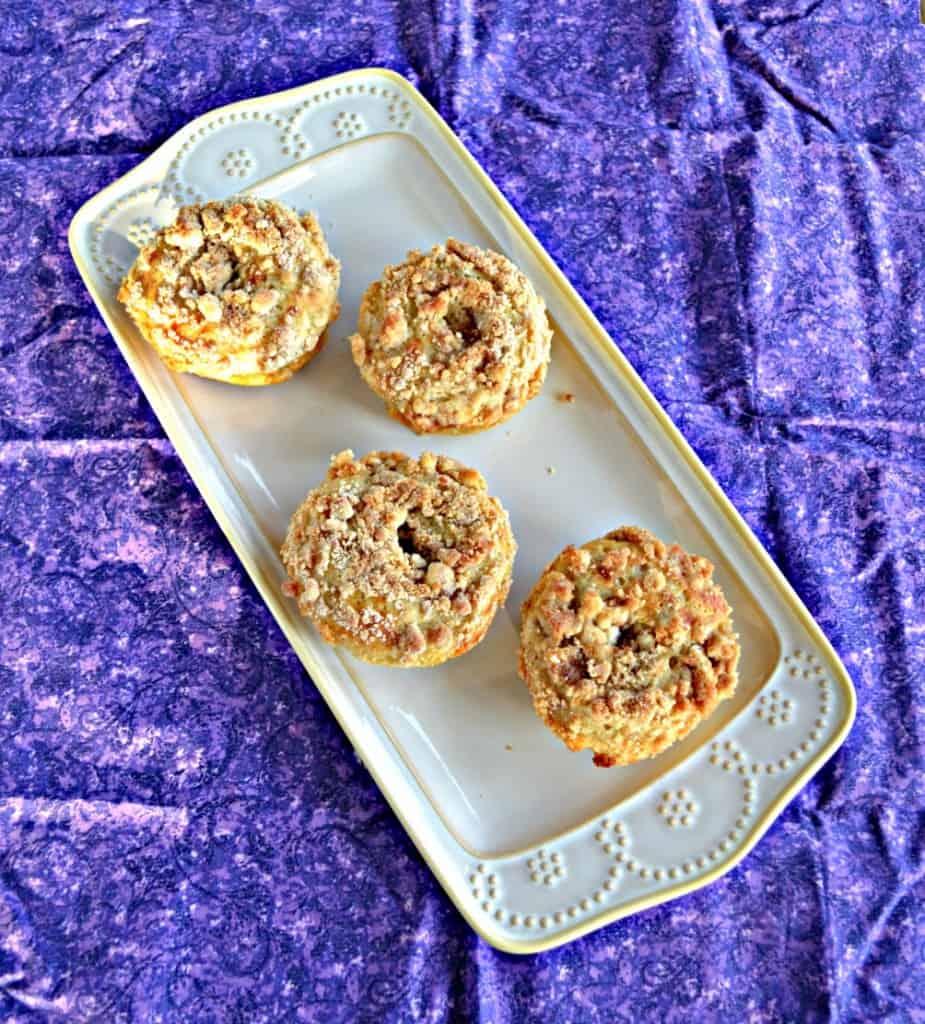 Check out these other tasty recipes for Coffee Cake Day: