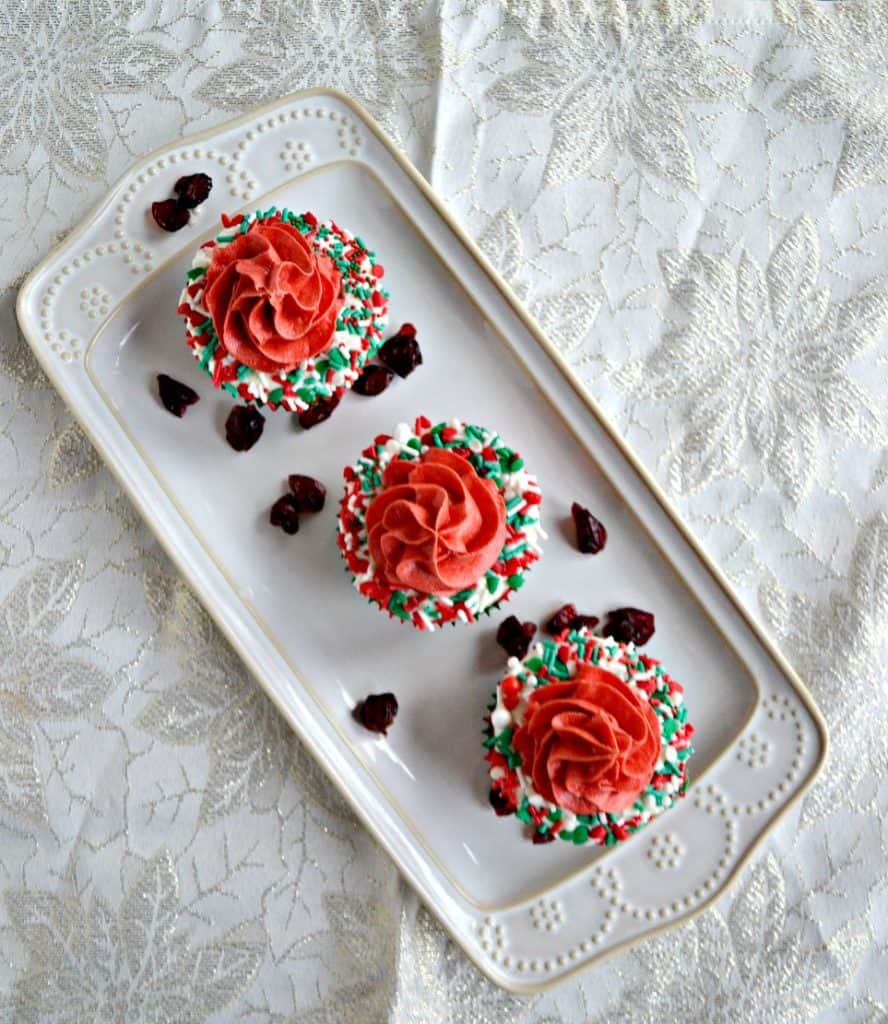 I don't know about you but this year I'm starting the holiday season early.   That means I'm doing all the baking. I've made a list of holiday cookies, cupcakes, and cakes I wanted to make and I started baking them November 1.

I've made cranberry white chocolate cookies and bars in the past but this year I decided to turn them into cupcakes. I went looking for fun holiday cupcake wrappers and happen to have a bunch of different red and green ones in the pantry so I grabbed a selection of those. 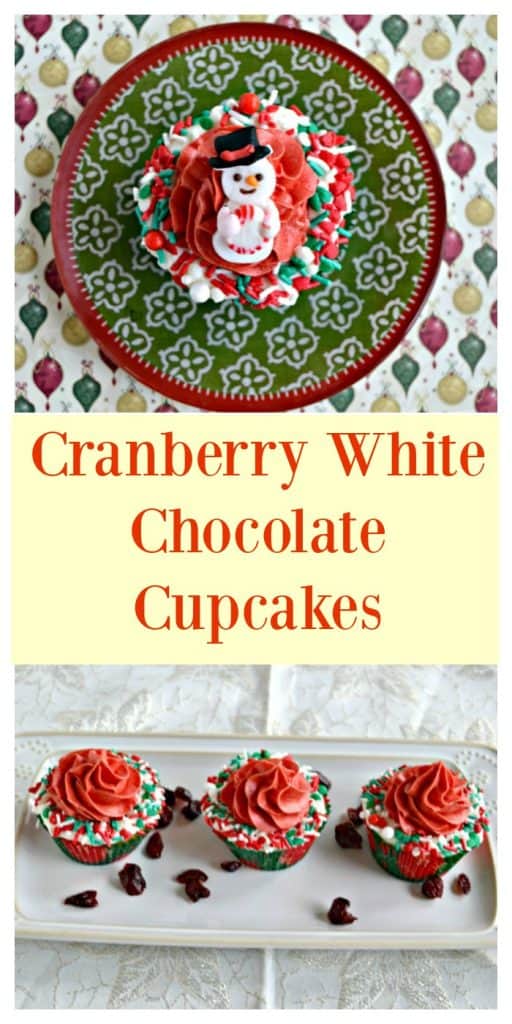 I took my favorite vanilla cupcake recipe and added in some nutmeg for spice.   Then I folded in dried cranberries and white chocolate chips.   My first attempt failed miserably.   I actually tried to melt the white chocolate and mix it into the batter that way but the cupcakes rose, spread, and then deflated into a big mess.

The second time around I used whole milk and left the white chocolate chips whole.  I was nervous to bake the cupcakes but in the end they turned out great.   They rose just to the top of the cups which is actually perfect for the decorating technique I was using. 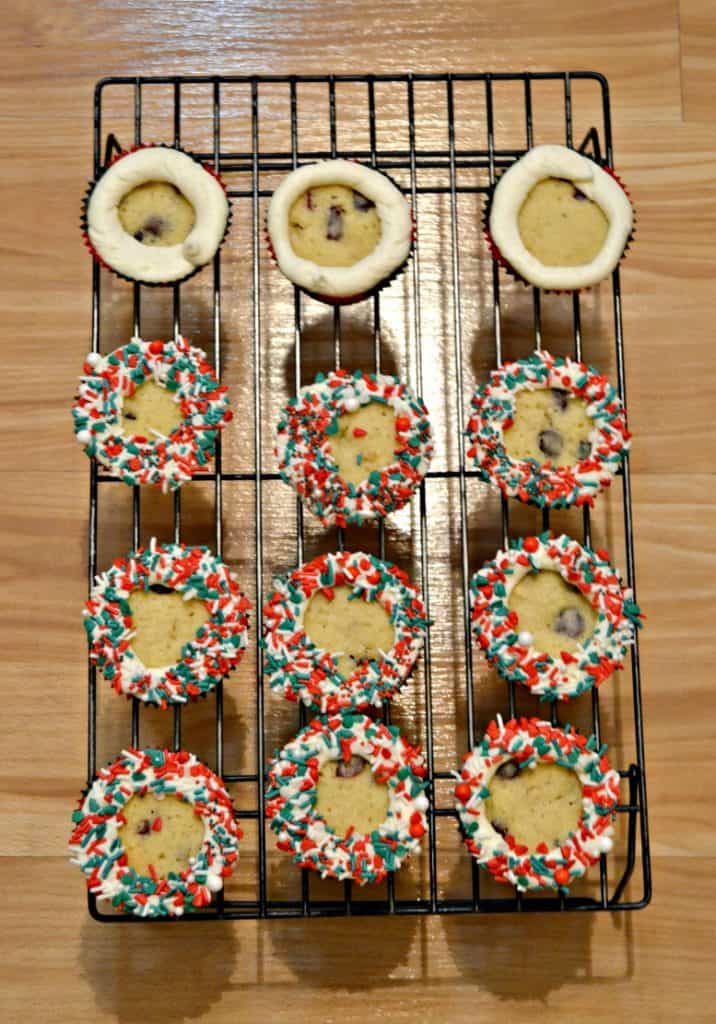 Then I filled a piping bag with the red frosting and used a star tip to make a swirl in the center of the cupcake.  I love the way they turned out!  It's such a simple decorating technique but it really is stunning.

You can simply leave the cupcakes like that or put a topper on them.  I had all different kinds of candy holiday toppers and put a different one on each cupcake.   I also just sprinkled a few dried cranberries on a few of the cupcakes as well but you can decorate them any way you'd like! 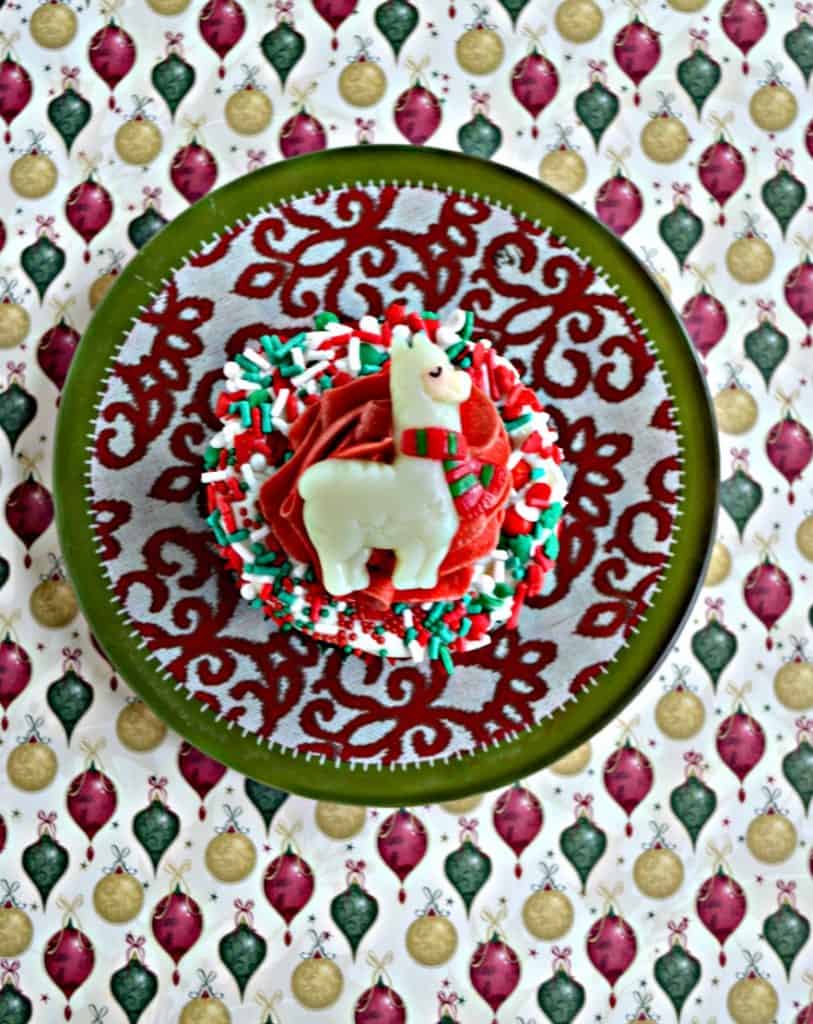 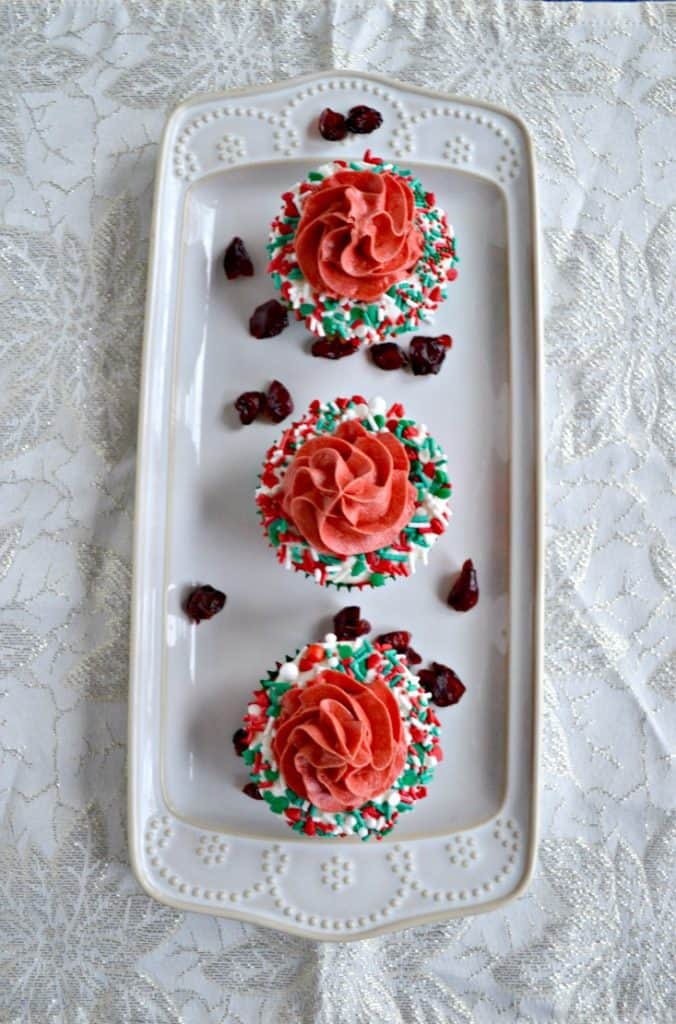