Last week I missed posting about my CSA.   It was a busy week, I was out of town for the Food and Wine Conference, and I knew I either needed to miss last week or this week.   I chose last week but I'm back this week with a wonderful potato recipe. 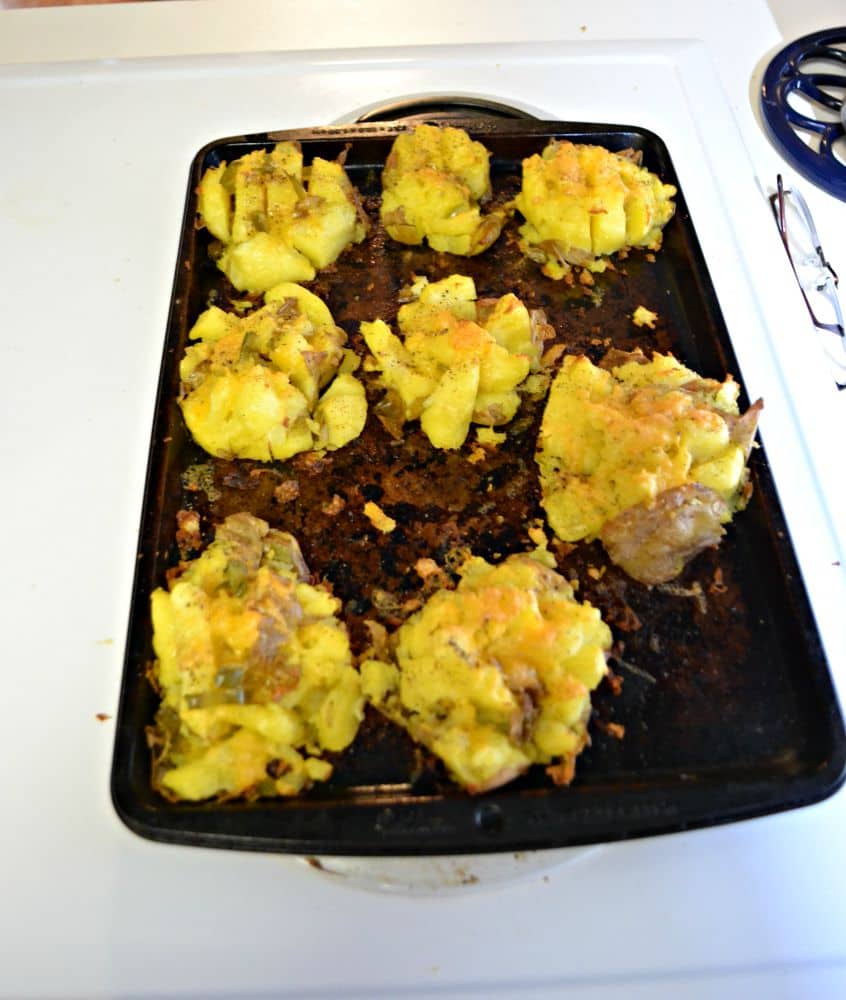 I've been on a potato high since I recently won first place in the Idaho Potato Commission recipe contest this past week!   I've got potatoes on the brain and it just so happens I had potatoes in my CSA share this week.  It was actually a really great week for the CSA.

Included in my share were a dozen small white potatoes, 1 zucchini, 1 eggplant, a few large onions, a bunch of radishes, a head of cauliflower, a head of broccoli, a head of cabbage, and a loaf of whole wheat bread.    I used the cauliflower and broccoli in a stir fry last week.   I used the onions and zucchini on kebabs as a side dish for steaks.   My husband used the cabbage to make his favorite Bobby Flay cole slaw. 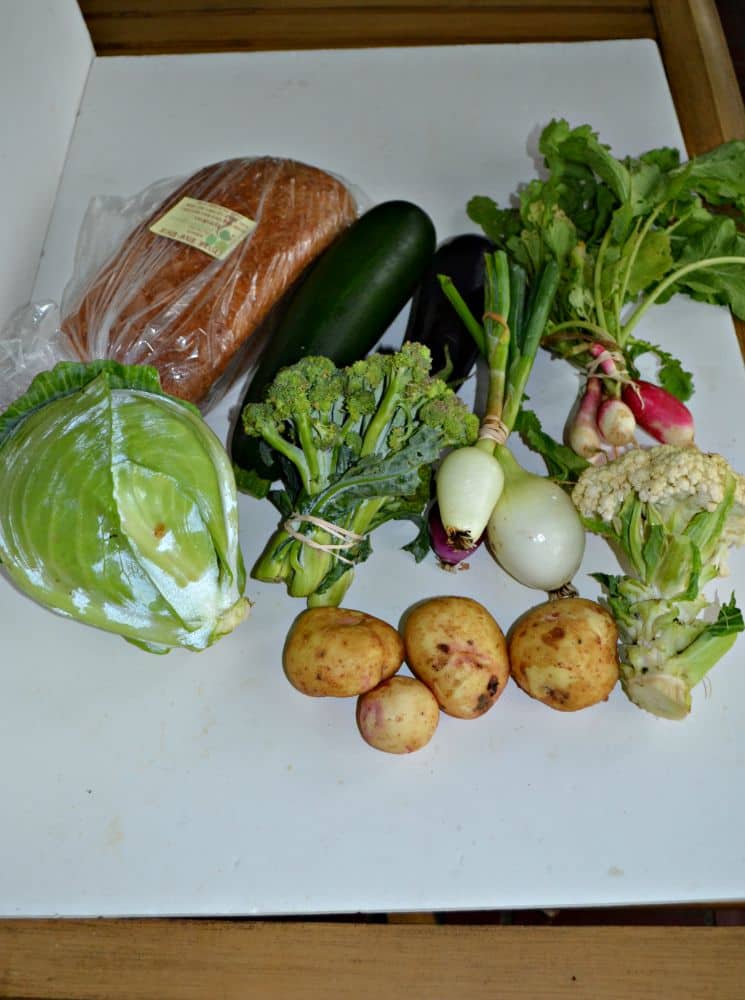 Then there are the small white potatoes.   Looking through recipes I had saved, I realized I had Crash Potatoes saved 5 different times so it looked like they were going on the menu.  They are fairly easy to make because they are boiled, smashed, toppings are put on them, then they are baked. 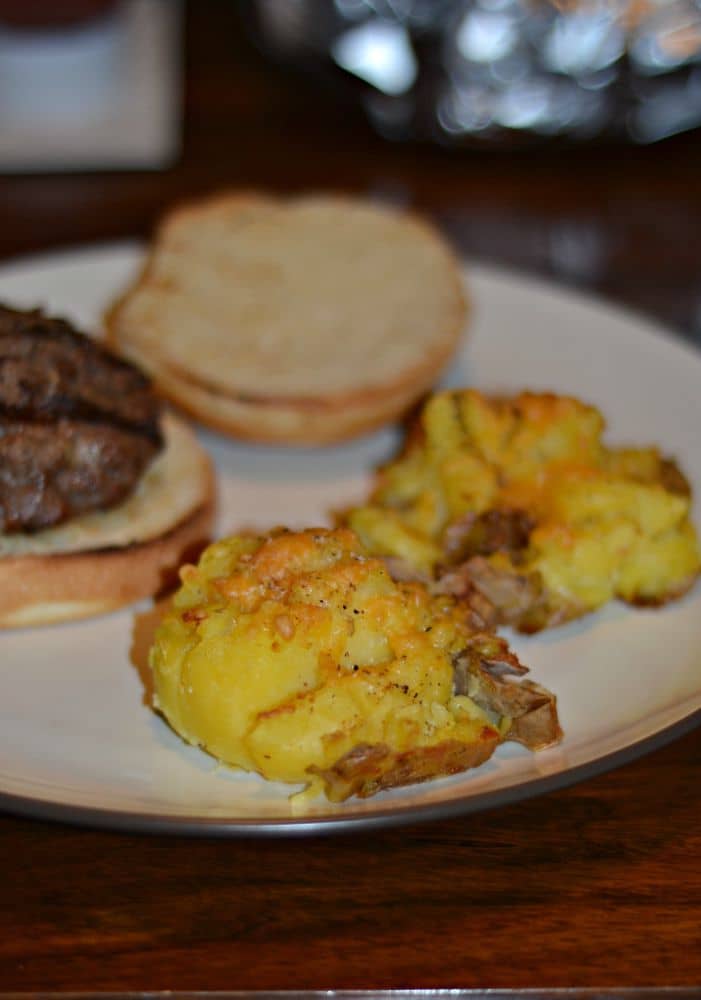 I chose to put butter, salt, pepper, garlic, and cheddar cheese on mine.  I also put chopped jalapenos on a few of them for my husband because he loves cheese and jalapenos.  I was a little worried they wouldn't cook enough since they weren't quite soft when I took them out of the pot.  However, they got soft in the middle and crispy on the bottom in the oven. 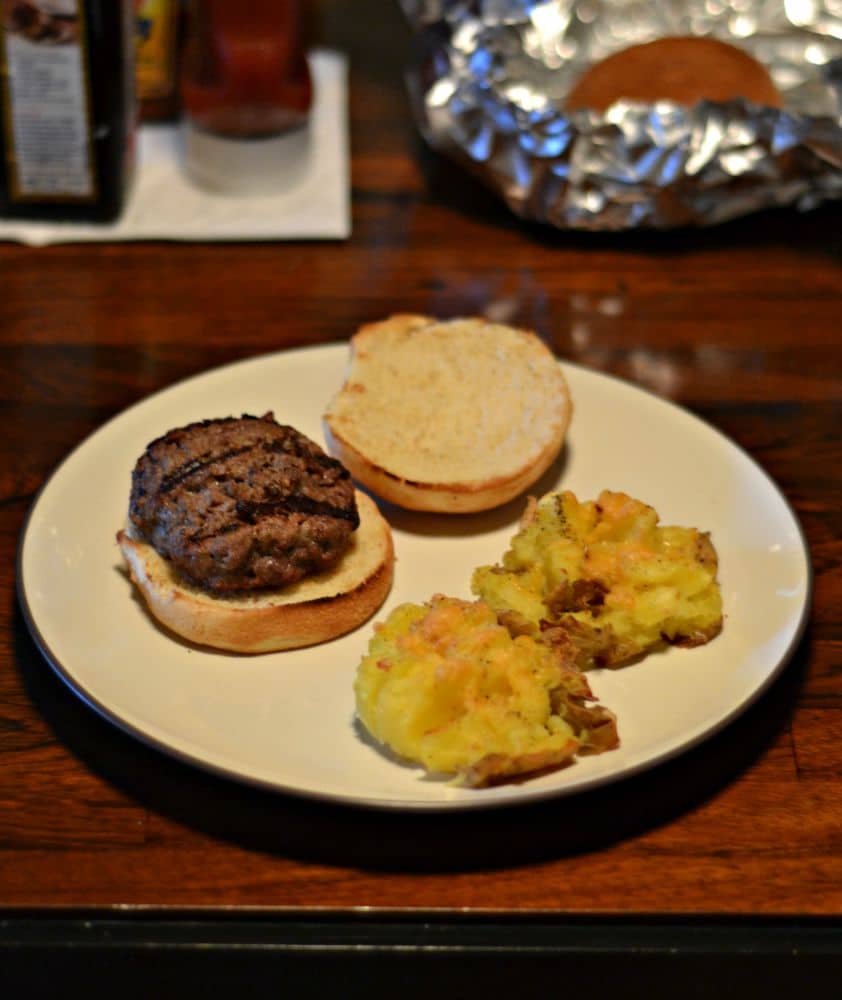 I really liked these potatoes as a side dish.  They were easy to prepare and were full of flavor.  I put salt and pepper on them before putting them in the oven and after which was a smart move.   The butter adds a little flavor and really helps the potatoes to crisp up.  The cheese is subtle but gives the potatoes a nice flavor as well.   They were perfect along side our burgers.

Adapted from The Pioneer Woman 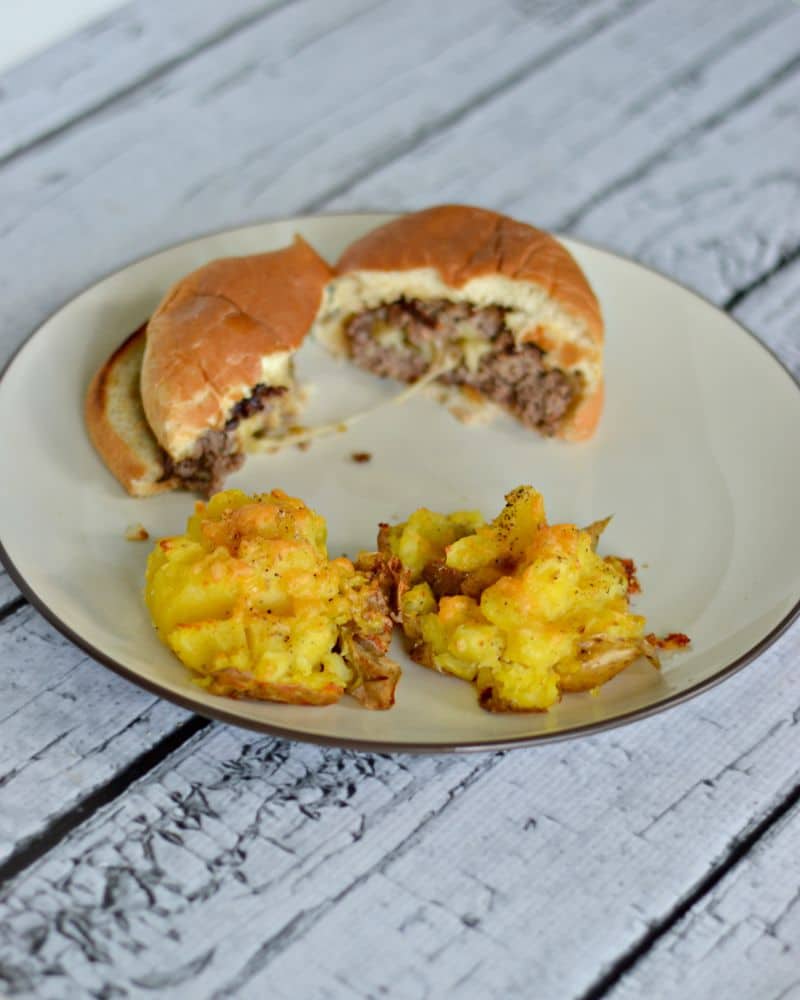