Mystery/Suspense Books » All Day and a Night by Alafair Burke

All Day and a Night: A Novel of Suspense (Ellie Hatcher)

A murder case with ties to a convicted serial killer leads a young defense lawyer and an NYPD homicide detective into parallel investigations with explosive and deadly results in this superb mystery.

The latest story dominating the tabloids - the murder of psychotherapist Helen Brunswick-couldn't be further from Carrie Blank's world handling federal appeals at an elite Manhattan law firm. But then a hard-charging celebrity trial lawyer calls Carrie with an offer she can't refuse: Anthony Amaro, the serial killer police blamed for the murder of Carrie's older sister, Donna, has new evidence related to Brunswick's murder that he believes can exonerate him. Determined to force the government to catch Donna's real killer, Carrie takes on Amaro's wrongful conviction claim.

On the other side of Amaro's case is NYPD Detective Ellie Hatcher, who, along with her partner, JJ Rogan, is tapped as the "fresh look" team to reassess the investigation that led to Amaro's conviction. The case is personal for them, too: Ellie wonders whether they got the assignment because of her relationship with the lead prosecutor, and Rogan has his own reasons to distrust Amaro's defense team.

As the NYPD and Amaro's lawyers search for certainty among years of conflicting evidence, their investigations take them back to Carrie's hometown and secrets left behind there. And when Carrie falls victim to a brutal attack, it becomes clear that the young attorney got too close to the truth.  (-synopsis) 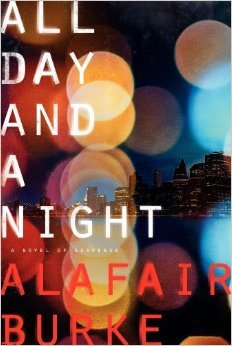 Ellie Hatcher is a brilliant cop who lets her instincts determine how to question suspects.  Her partner, JJ Rogan, usually lets her go with it.   Then Ellie's boyfriend, Max, has them assigned to a "fresh look" case at work.   A case that will examine the work of other police and determine if they did their job or were hiding the truth.  Suddenly Ellie and JJ are disagreeing about everything at work while Ellie and Max are disagreeing about everything at home.   It's a lose-lose situation and Ellie just wants to get to the bottom of it.

Carrie Blank is a successful lawyer.   As a teenager her half-sister Donna was killed by a serial killer named Anthony Amaro.   When a famous lawyer who is often on TV tells Carrie they have new evidence that Anthony did not kill Donna, Carrie believes her.   In fact, she quits her job to represent Anthony and clear his name.   The only problem is that he might not be as innocent as he claims.

This fast paced suspense novel twists the lives of the different characters together in day to day actions while each character is having their own personal struggles.   Carrie is faced with the fact that they may not have gotten her sisters killer.   While searching for the truth she has to go back to her childhood home and encounter many of her old friends.   Talking to the friends bring up different memories, memories that could tie in to the case.   Will going home lead her to an answer she doesn't want to know?  Is everyone involved in the case really who they seem to be or are certain people hiding the truth?

The book concludes in a startling scene that intwines all of the characters into one finale that will finally answer the question of who killed Donna all those years ago.