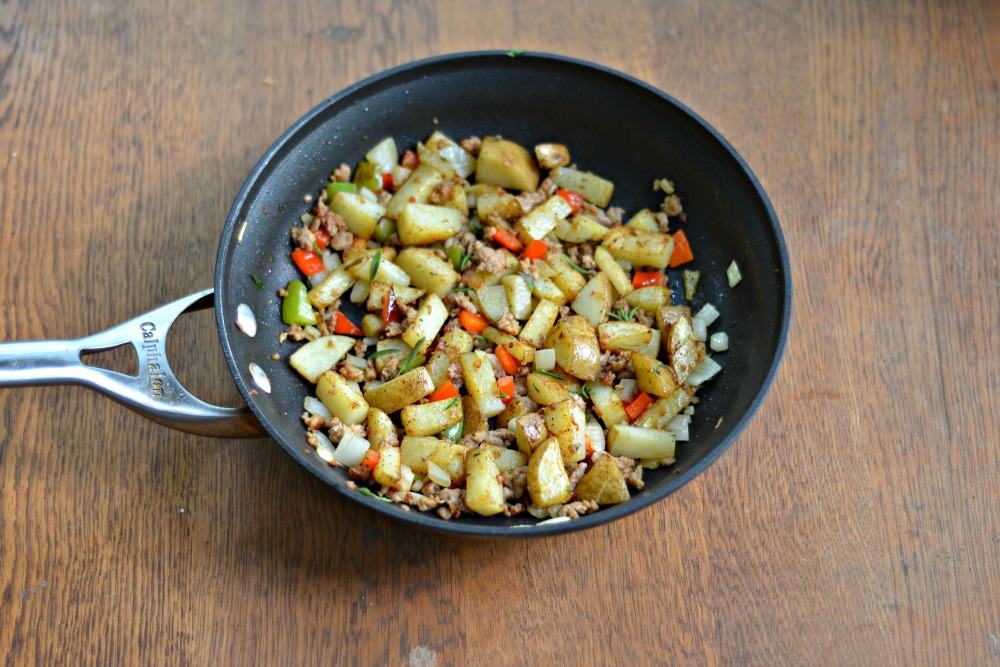 I first thought that I would add hot sauce or cayenne pepper to spice them up but as I got to thinking I thought it would just be easier to add spicy sausage to the potatoes.  I also wanted to add red and green peppers for both color and flavor.   Plus I love onions in breakfast potatoes; it adds such a wonderful flavor.   The more I thought the better these potatoes were getting.

When I finally got around to making them my mouth was watering just smelling the spicy sausage and the frying of the potatoes.  Since I just picked up my CSA and there was plenty of fresh rosemary in it, I thought that would be a great source of flavor in the potatoes.   I also seasoned them with salt and pepper. 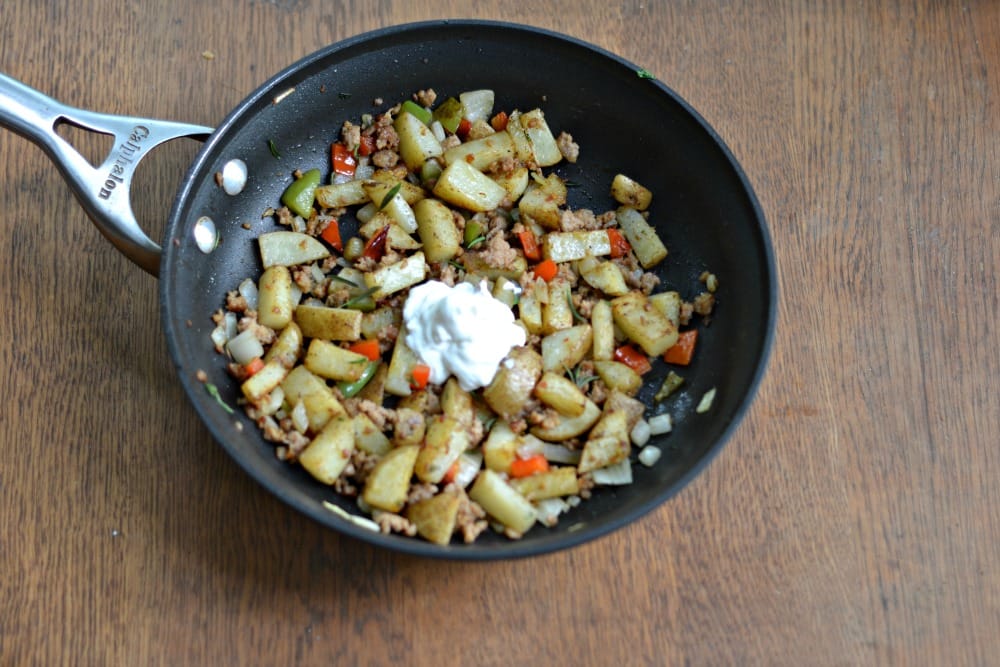 In the end the potatoes were hot and crisp on the outside but soft on the inside.  The peppers and onions added a lot of flavor and the sausage was spicy!   I decided that a dollop of sour cream would be a great way to cool off the spiciness of the potatoes and it turns out the creaminess was amazing!   This is a great dish to prepare for a quick weekend breakfast or for a big brunch. 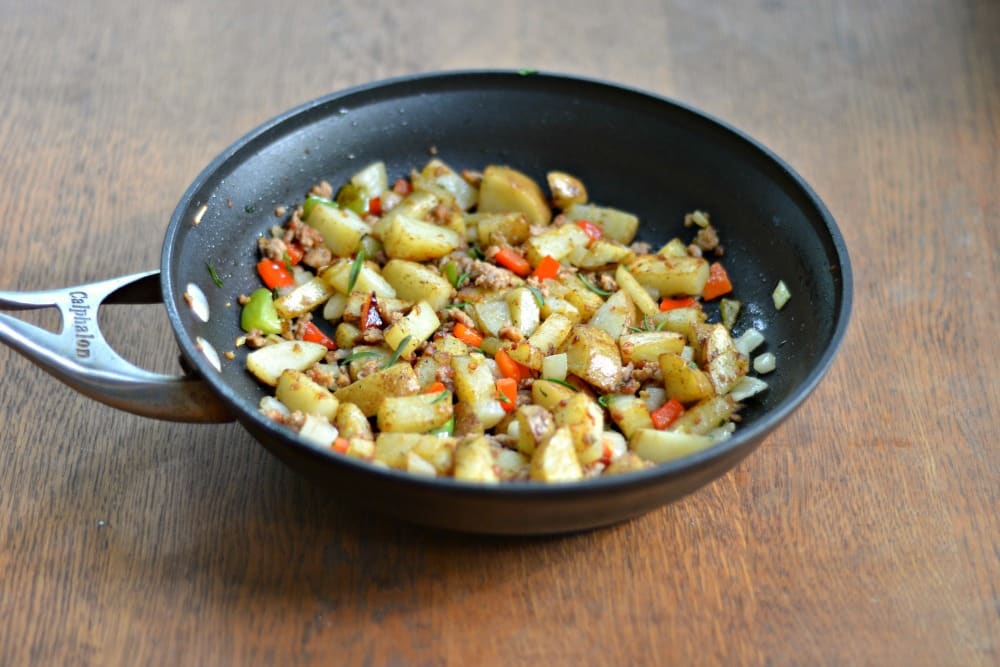