It was a gamble for Eleanor to rejoin humanity, but she was driven to it. She’d been too successful forgetting. The last vestiges of her family hung by a thread in her transformed brain and drove her to be reckless. Ten years later, Eleanor hides in plain sight. She is an average girl getting average grades in a small Wyoming town: poor but happy, lonely but loved. Her mother, Tabitha, is there for her and that’s all she’s ever needed. But now her mother is sick and David has returned. The only friend she’d ever had, the only other person who knows her secret, is back. And Eleanor again becomes reckless.

Eleanor is a modest girl, unremarkable but extraordinary, young but old, malleable but fixed. She is scared and confused. She is a liar and a thief. Eleanor is not what she appears to be.  (-synopsis) 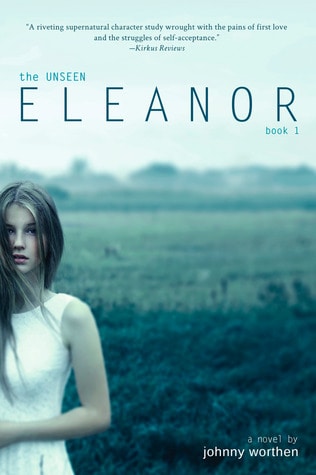 Eleanor is a typical teenage girl living with her mother.   She gets average grades in school, dresses average, and is mostly ignored by students and teachers alike.   That all changes when David comes back to town.   David, who was once Eleanor's best friend, is back and it's causing Eleanor to react in ways that gets her noticed.

First she speaks out of turn in English class.  Then she catches her English teacher with another teacher.   Soon that teacher is out to get her.   However, that's the least of her worries.   Students at school are starting to hear rumors that Eleanor has quite the reputation.   The more she tries to retreat back into her average self, the more she gets dragged into the open.

At the center of everything that is happening is David.   He wants her to be his friend...and more.  Soon they are spending a lot of time together.   Eleanor is happy but is afraid he may figure out her deep dark secret.   In addition to worrying about David, Eleanor also has to worry about her mother, Tabitha.   She has cancer and everyday she is getting worse then the day before until social services swoops in and threatens to take her away.

What can Eleanor do?  Where will she go?   If anyone learns about her secret they will surely put her in jail.  She begins a series of events to try and make things better but in the end they are what end up hurting her the most.

Eleanor is an unusual character.   She has super senses and super smart but hides it well.  She is fiercely loyal to her mother and to David.  Her secret is an interesting one that I haven't found in many books, even paranormal ones.  It takes a while to come out as to what it is, though clues are dropped throughout the book.

Some of Eleanor's decisions are not well thought out and are quite rash.  This is in direct contrast to how she normally acts.   A few parts were confusing for me, but eventually everything is explained.  The last 100 pages really gripped me and held my attention.