Sixteen-year-old Savannah Evans walks with a slight limp thanks to a gymnastics, accident that dashed her Olympic dreams, but didn't stop her from attending an adventure camp in Idaho. At Camp Arrowhead, she quickly befriends Jade Chang and Rico Cruz, but Conner Swift taunts Savi because of her injury.

When the four are teamed together for an overnight white-water river rafting adventure, Savi refuses to get in the same raft with Conner. Unfortunately, the director will not reassign her.

A fun expedition down the river turns into a nightmare when their raft slams into a huge rock and their adult guide disappears down the river. 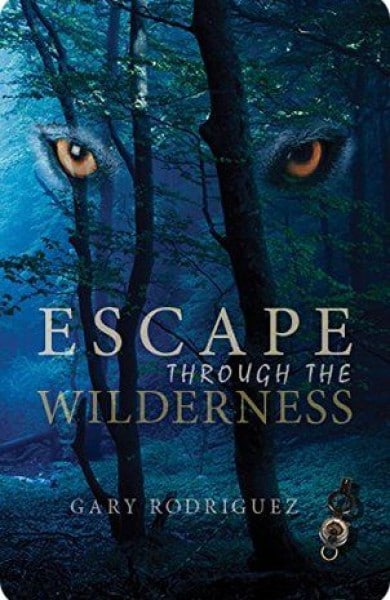 Without their guide and desperately trying to steer an out-of-control raft, they pass the "last chance" marker and enter the larger rapids. With Jade pinned between the raft and a rock, and Rico clinging to a lifeline, Savi must cut the raft free.

When the four drag themselves out of the river, they're bruised, beaten, lost, and twenty-five miles from camp. Because of late-night campfire tales of Vexel, a vicious animal that roams the nearby woods, Savi and the others are terrified.

Savi becomes the unlikely leader who tries to guide the group back to Camp Arrowhead. Limited supplies, injuries, and the constant threat of Vexel, who Savi fears is stalking them, complicate the harrowing return trip.

Readers will enjoy dramatic survival scenes and the group working together, solving problems, and learning to overcome adversity. (-synopsis)

The book begins with Savi, a teenage girl who has come to adventure camp to prove she can do it. She has a limp thanks to an accident but she wants to prove to herself that she has what it takes to make it at camp.

Soon after Savi arrives she meets Jade, a small and beautiful girl who is literally dumped off at the camp by her parents. Savi runs to help her up and the girls quickly become friends.

Connor is the boy who has everything. His parents are rich, he’s a football player, and he’s always had everything he has always wanted. He has his eye on Jade and wants to make sure she sticks close to him.

Rico is a loner. He’s at adventure camp to have fun but the second day of camp he and Connor have an argument that lands Connor on the ground without any breath.

The next day Savi, Connor, Jade, and Rico get put in a raft together with a guide named Doug. The teenagers and their guide are going on a thrilling two day white water raft adventure that they are all excited about. Connor and Rico make a truce before getting in the raft but it’s still tense between them.

Things are going well until they hit a rock and Doug falls out of the raft. Then the teenagers go down the wrong fork in the river and are being knocked around. With Rico’s quick thinking they abandon the raft and get to safety.

The only problem is they are 25 miles from camp, in the wilderness, and without many supplies. There are bears, wolves, and even a Vexel in the woods. They soon learn that they must work together in order to survive the harsh wilderness.

With bears attacking, wolves surrounding them, and even a rattlesnake bite, the teens work together to help each other travel the tough terrain. The only problem is they have just 5 days to make it back to camp before the dam is opened and they are stuck on the wrong side of it for 2 weeks. Add that to the injuries they’ve suffered and their dwindling supplies and it’s not looking so good for the teens.

I really enjoyed this story of friendship, diversity, and survival. I thought all 4 teenagers came from different backgrounds with their own hardships but they were able to overcome them together.

Savi is a strong leader who has a father who prepared her for anything. Her limp may slow her down but she’s fierce and determined.

Jade is tiny and frightened but she proves herself again and again as she makes her way through the wilderness.
Connor becomes a surprise. Though he seems like a jerk in the beginning he soon realizes the other teens are there to help him and he starts giving support to them as well.

Then there is Rico.   Rico is a smart, strong teenager.   We don't know much about his background but we do know that he is able to hold his own, has been in the wilderness, and that he's good at making split second decisions.

The group of teens work together to get back to Camp Arrowhead but will they make it after a week in the wilderness?   Or will they become the next victim of the Vexel?