This year my little cousin turned 13.  I cannot believe he is 13!   He's my godson and we are pretty close.   He lives 2 ½ hours away from me but I see him about once a month.   So seeing him turn into a teenager is beyond crazy. 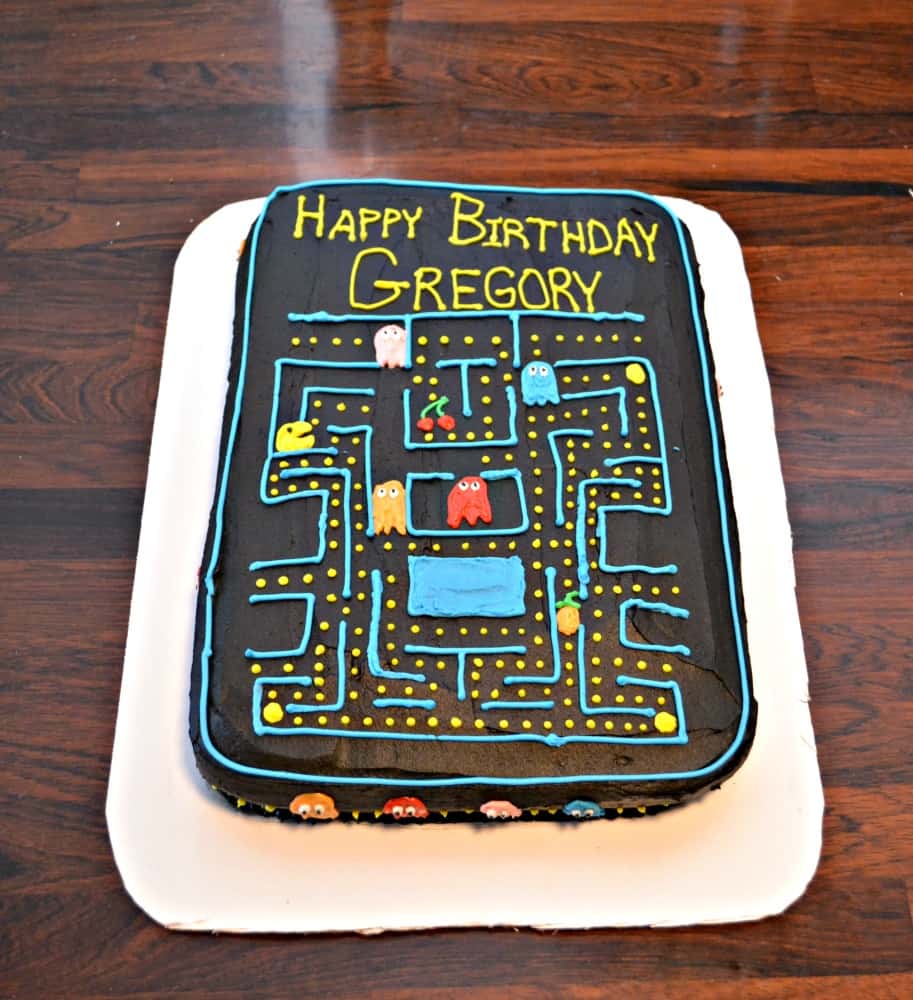 When I called him on his birthday this year the poor kid was sick as a dog.   He had the flu and it quickly turned into pneumonia.   I felt horrible for him.   Luckily his birthday party was 2 weeks after his birthday so he had time to heal. 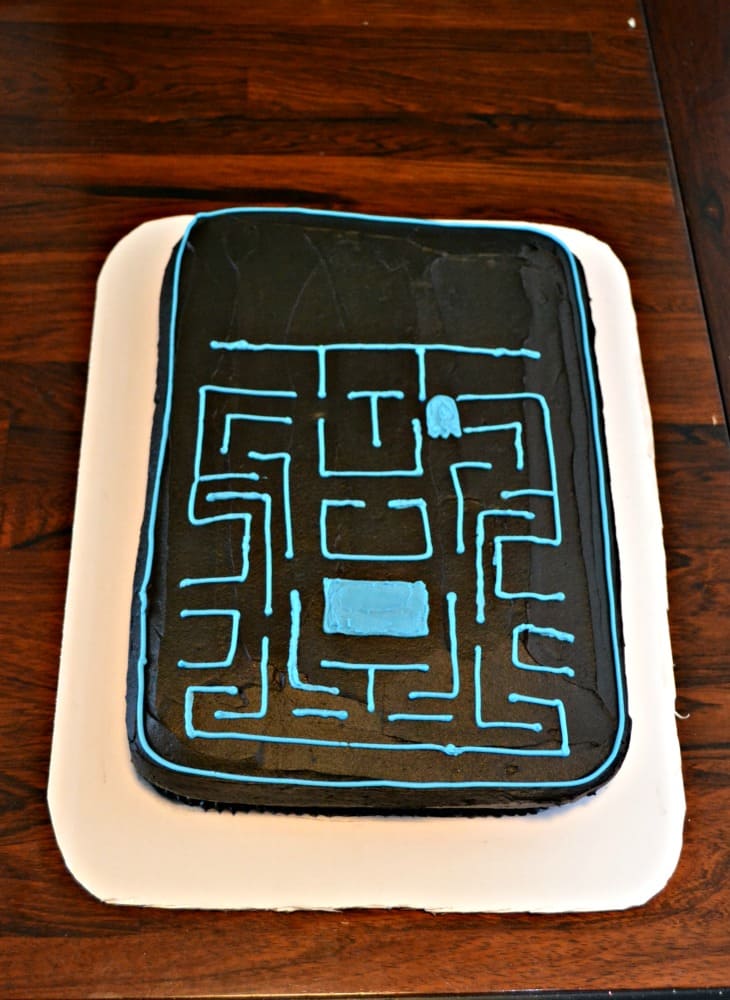 He decided this year he wanted to have a video game party.  His mom was renting a video game bus for the kids and everything at the party was going to be video game themed.   He wanted me to make cookie and a cake and had some pretty crazy ideas about what type of cake and cookies he wanted.

After looking around I sent him a list of 4 cakes and about a dozen cookies that I could make.   He picked 4 designs of cookies and 1 cake.  The cake was a Pac-Man cake and I was seriously excited to make it.   He loves chocolate so the cake was chocolate and the frosting was vanilla flavored. 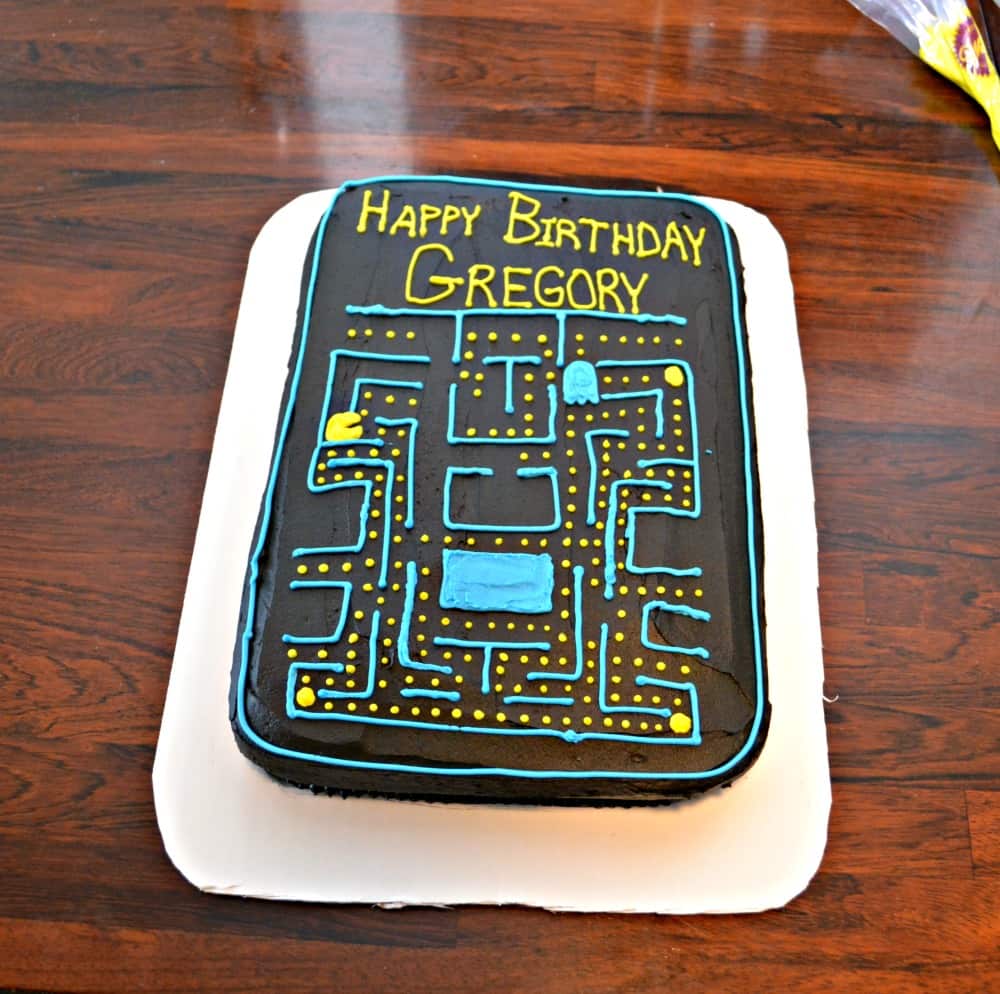 I tinted the background frosting black.   I covered the entire cake in black frosting.  Then I piped on the video game screen.   It looked so cool.   I was so excited about how it looked.  It was exactly how I imagined it.  I sent a picture to my cousin and he told me I was amazing.   It was cute.

Unfortunately, the day of his party they were calling for 5-8 inches of snow and Pittsburgh went under a winter weather warning.  My cousin had to cancel the party so this cake wasn't eaten for the party.  Everyone was pretty upset about it.

The cake is a Hezzi-D Original Recipe. The Pac-Man design is from Cake Design by April 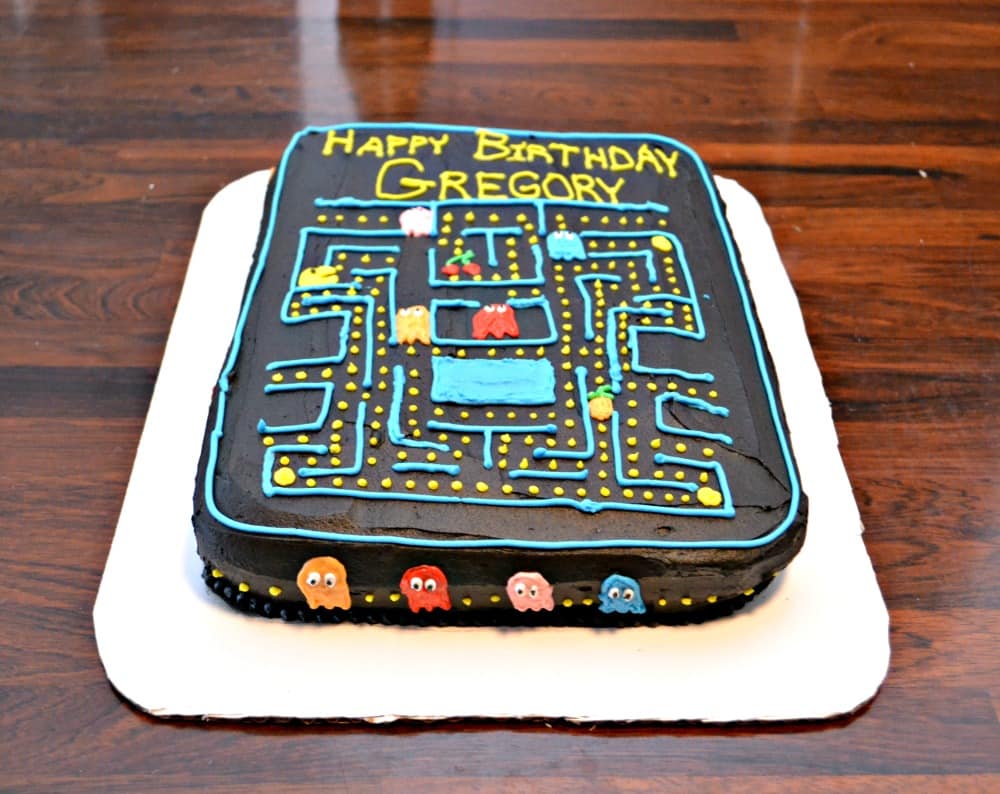