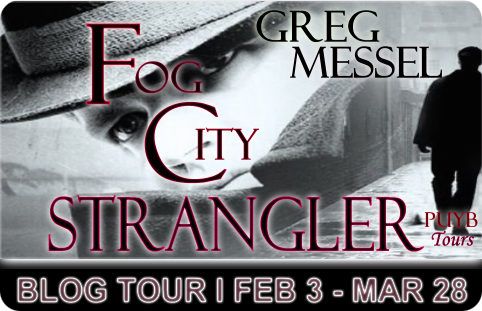 As 1958 nears an end San Francisco is being terrorized by a man who calls himself the “Fog City Strangler,” who preys on pretty young blonde women. The strangler announces each murder by sending a note and piece of the victim’s clothing to the local newspapers.

Angst mounts as the strangler continues to claim more victims. Private eye Sam Slater is worried that the Fog City Strangler may be eyeing his beautiful blonde wife, TWA stewardess Amelia Ryan. His anxiety is further fueled when TWA launches an advertising campaign with Amelia’s picture on a series of billboards plastered all over the city. Sam fears the billboards may attract too much attention--the wrong kind of attention.

Meanwhile, Sam and Amelia are hired to try to find the missing daughter of a wealthy dowager who fears she has lost her only child. The missing woman went for a walk with her dog on Stinson Beach, near San Francisco, and seemingly vanished into thin air. The woman’s husband arrived at their beach house and found the dog running loose but there was no trace of his wife. The police are stumped in their investigation.

As Sam and Amelia look into the disappearance of the woman on the beach they discover that nothing is as it seems at first glance. On a stormy night a shadowy figure sets fire to the beach house where the couple is staying--hoping to stop their
investigation. (-synopsis) 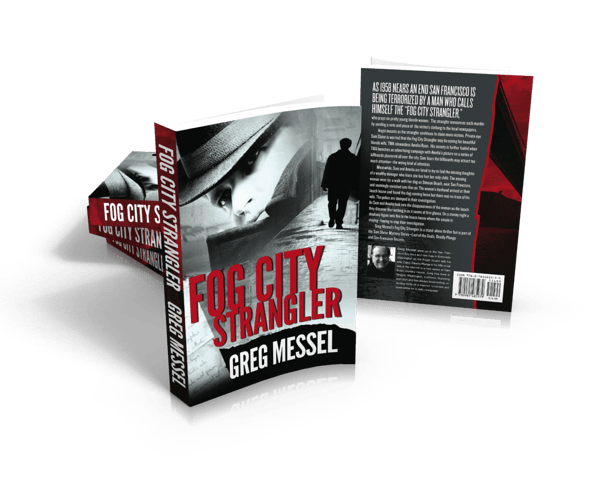 The book opens with a scene a month in advance of most of the story.  Sam and Amelia are hot on the heels of a lead when a fire breaks out at the beach house where they are staying.  The scene fades before the reader finds out what happens, and we are transported back 5 weeks before.

A murdered in on the loose in San Fransisco.  His name is the Fog City Strangler.  He prays on women that are single or home alone, blond, and beautiful.  He strangles them with their own nylons.  Each time a new victim is found the city gets thrown into panic.  Sam is worried that his wife Amelia, a gorgeous blond TWA stewardess, may be on the Strangler's radar.  Her photo is on a new billboard in town and has been creating quite a stir.

Then there is Regina.  Her adult daughter disappeared months ago and no one knows what happened to her.  Her husband speaks with Sam but doesn't have much to say.  The police have no clues and have left it as a missing persons case.  However, the more Sam looks into the disappearance the more he is convinced something is going on with the husband.

The two cases both involve Sam and Amelia and each play an important role in the book.  I like that Sam and Amelia work together as a team.  I didn't like that Amelia would go off on her own into dangerous situations without thinking twice about it.  I would have thought she was smarter then that.

I enjoyed the book and wanted to keep reading to find out what happens in the beach house.  I also wanted to learn more about the Strangler.  The book was fast paced and full of action.  The only complaint I have is that I figured out the what happened to Regina's daughter about halfway through the book which led me to read just to fill in the details.

If you enjoy murder mysteries this is a novel you'll enjoy.

Connect & Socialize with the author!