When I think of a tuna noodle casserole I think of comfort food.   As a kid tuna casserole meant a noodle dish with a heavy cream sauce, cheese, and tuna.   In fact, you could barely taste the tuna because the sauce was so heavy. 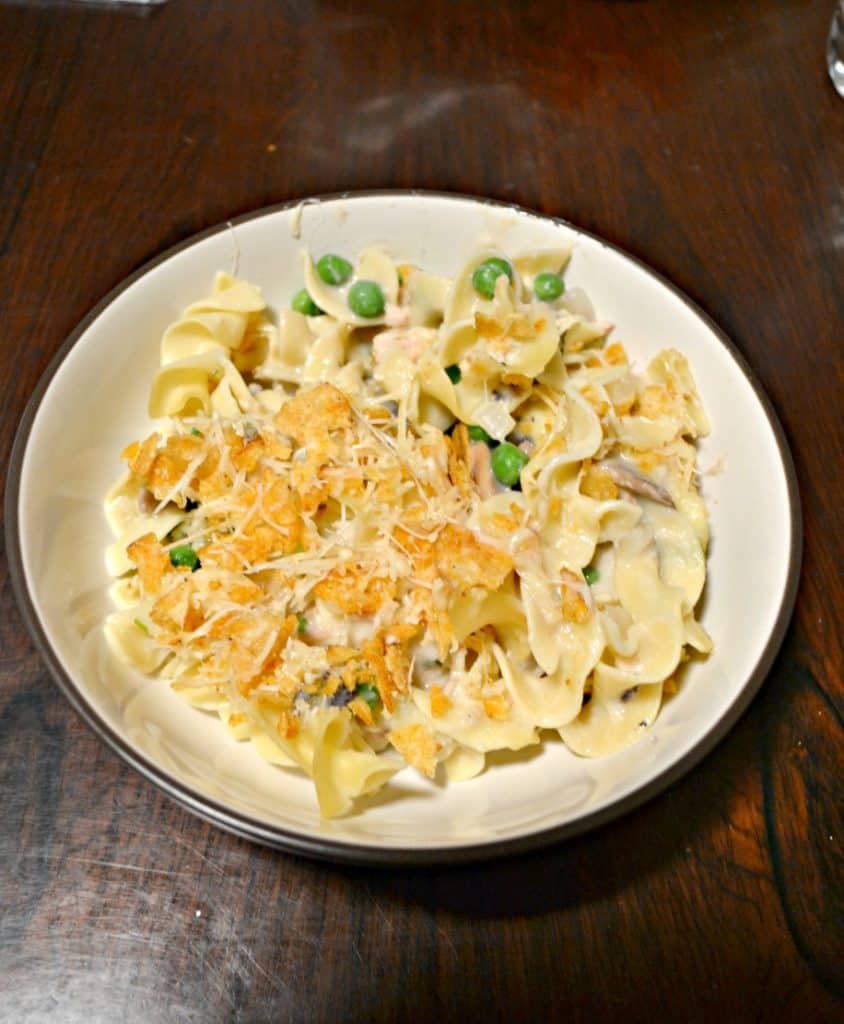 As an adult I like the idea of tuna noodle casserole but I don't like the idea of a heavy sauce that weighs down the entire dish. So I went looking for a recipe that still had the tuna, the noodles, and a creamy but I wanted the sauce to be lightened up a bit.  I also wanted a recipe that added some fresh veggies to the dish.

I found this Fresh Herb Tuna Noodle Casserole and it sounded pretty tasty.  I starts with mushrooms, onions, and celery which are several fresh vegetables that would work well in this dish. Then it starts building a sauce of chicken stock, milk, Greek yogurt, and fresh herbs.   Then the standard frozen peas and canned tuna are added. 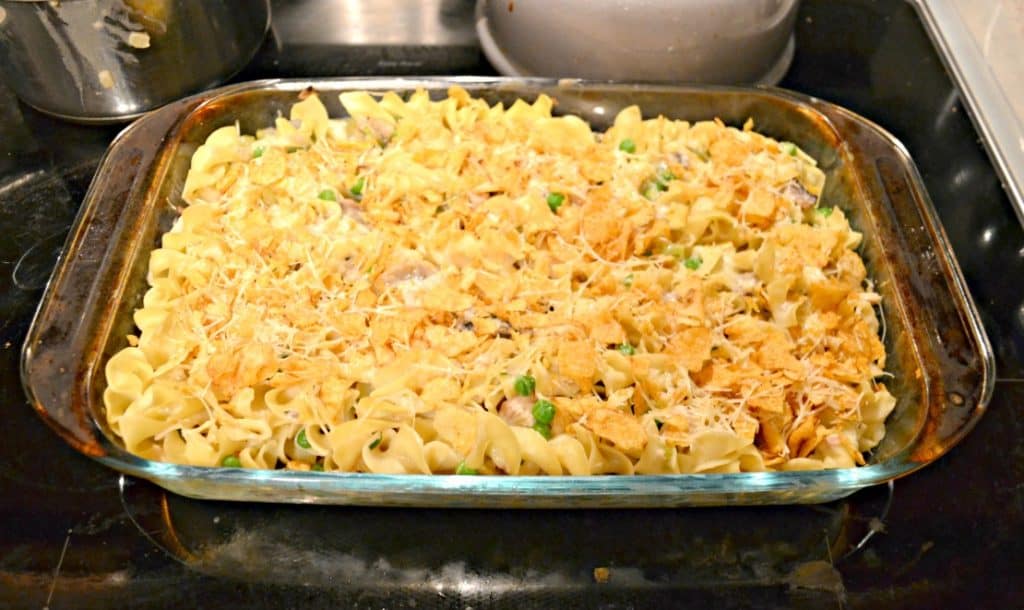 The topping on this dish was one of the reasons I was excited about it.  While the actual casserole is lightened up, the crunch on the top comes from Parmesan cheese mixed with crushed up potato chips.  It's a surprising and delicious topping that adds just the right amount of crunch to the casserole.

The end result was a tasty casserole that is much lighter than the original.  I think I might miss the heavy cream sauce except the fresh herbs add so much flavor that I really didn't miss it at all.  I used chives, parsley, and rosemary, but next time I would definitely add the fresh dill as well.  It gives the dish some color and packs a ton of flavor. 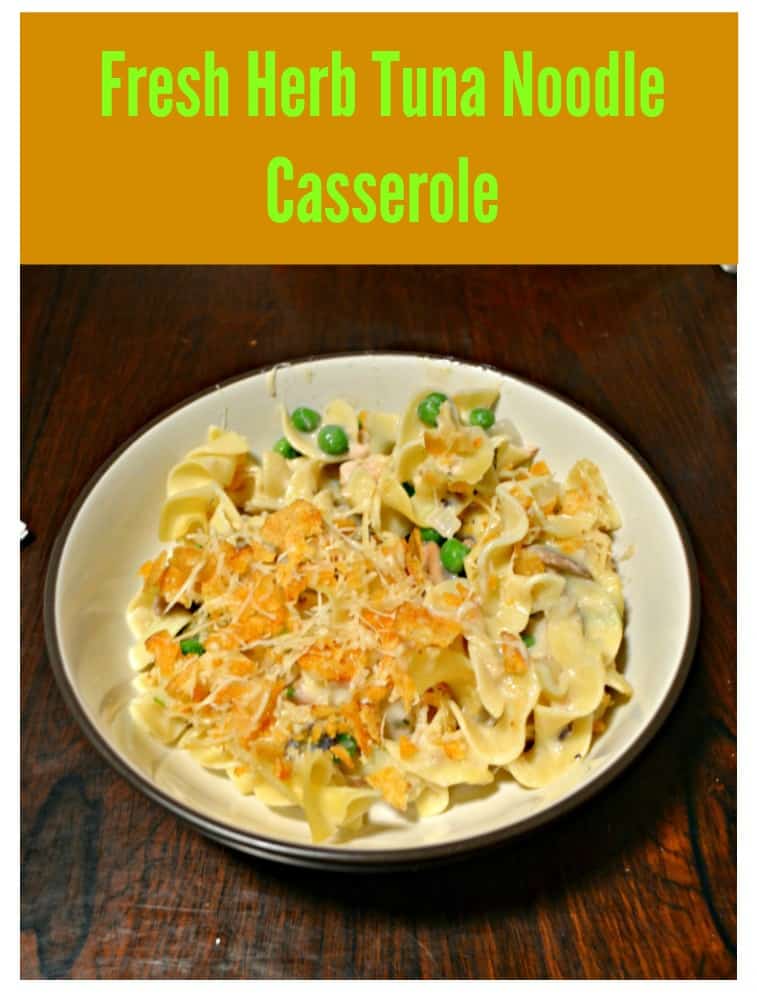 The crunchy potato cheese topping is so good and gives the casserole a much needed crunch.  All in all this is still good comfort food and I will be making it again. 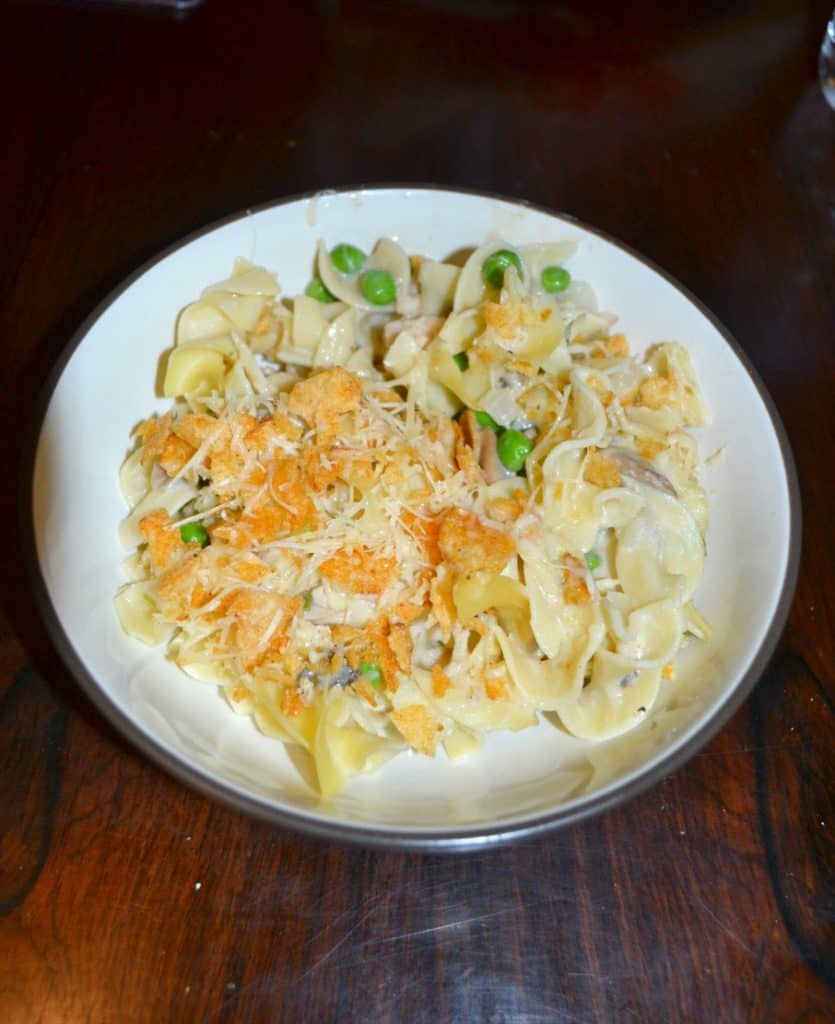