On Friday I had my reward party for my students who had good behavior in December.  The theme was Christmas and as always I made a ton of fun Christmas themed desserts for the kids.  I made some chocolate popcorn, red and green cookies, and peanut butter cookies.    However, the favorite dessert of all was the red and green layered cake decorated with the PEEPS® Holiday collection. 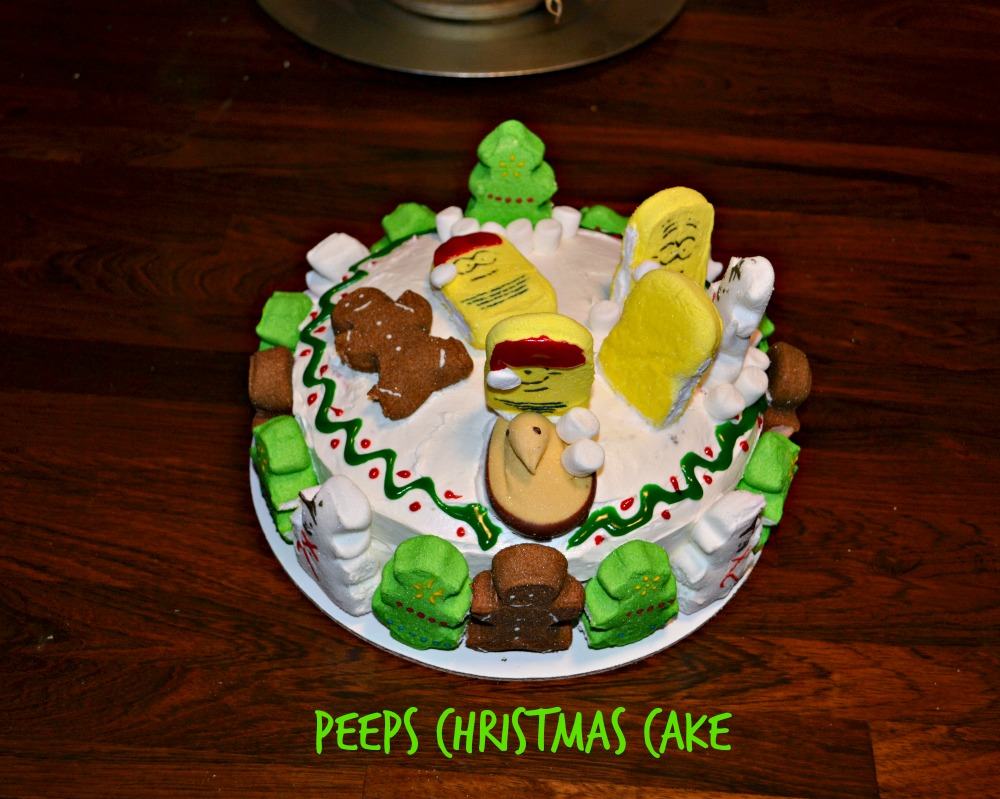 In order to make a festive cake I simply divided a white cake mix in half and dyed half red and the other half green.   I stacked them on top of each other and then frosting them with white "snow" frosting.  I put the PEEPS® Trees, Snowmen, and Gingerbread Men around the outside edge of the cake.  Then I decided to build a winter scene using the PEEPS® Minions on top. 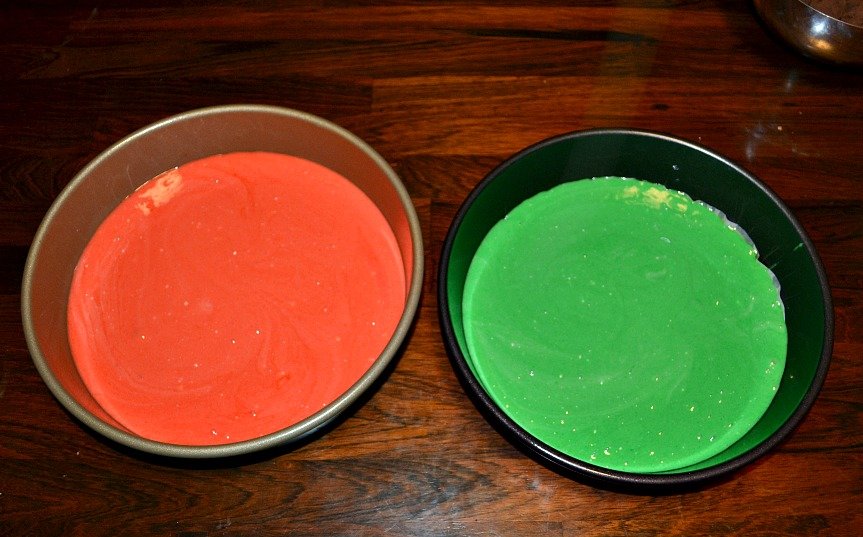 I placed on of the marshmallow snowmen on top of the cake and put two Minions in front of it so it looked like they were building the snowman.   I used frosting to glue mini marshmallows to their arms for snowballs.   On the other side of the cake I placed a Minion and a gingerbread man laying down making snow angels.    My last Minion was riding his PEEPS®Milk Chocolate Dipped Sugar Cookie Flavored Chick sled down the side of the cake 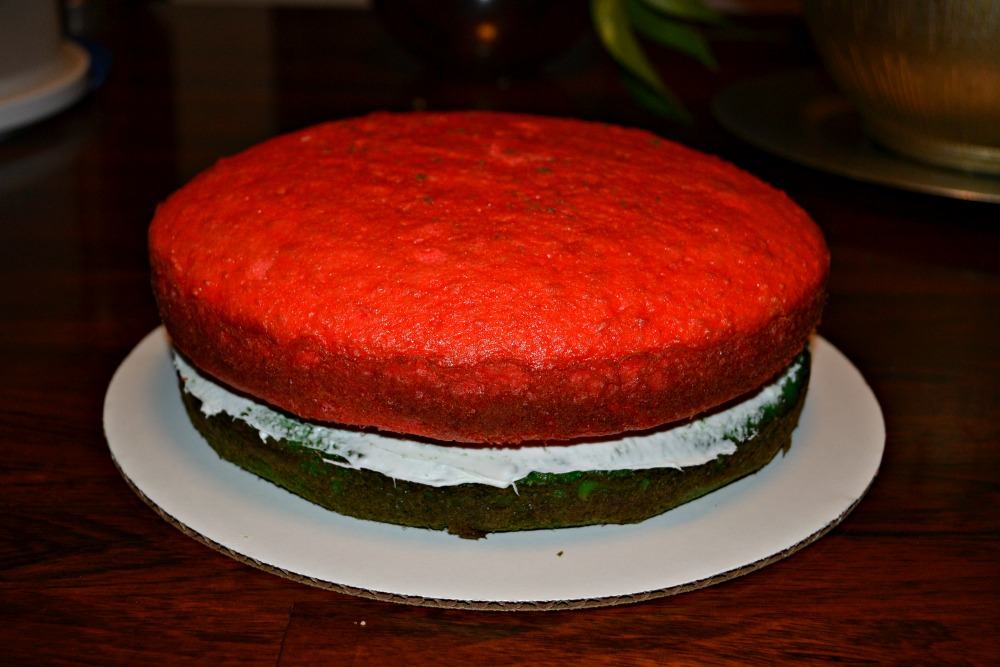 I then needed a few finishing touches.   I placed some icing on the cake with mini marshmallow snowballs all over the top.   I used some red icing to put Santa hats on a few of the Minions.   Then I used red and green icing to create a simple but festive border around the entire cake. 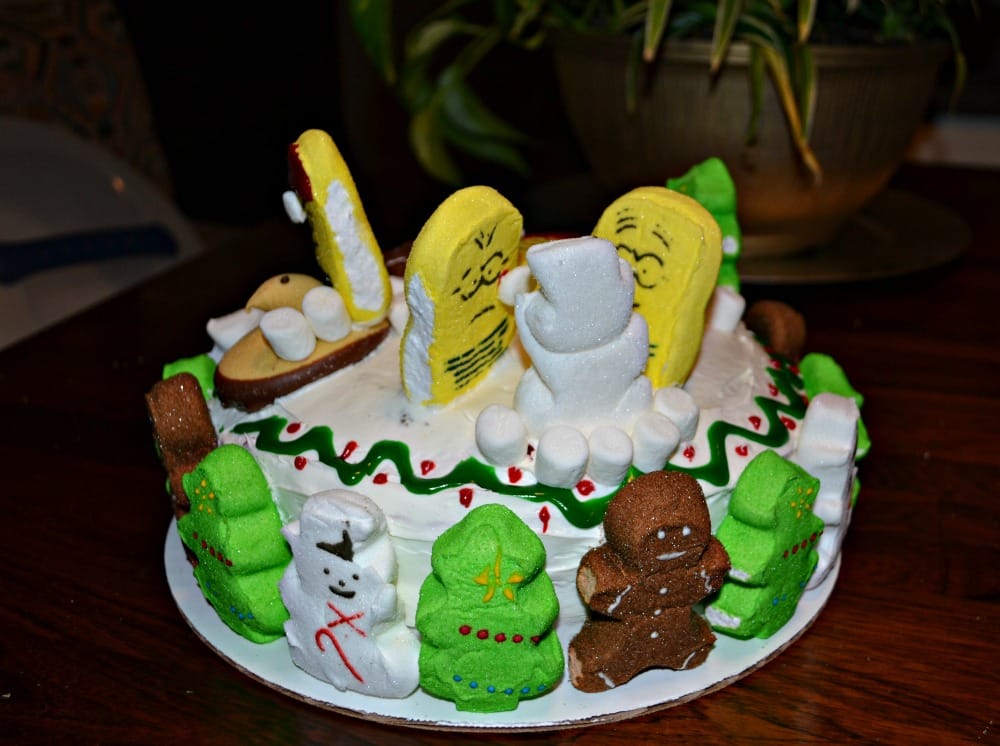 The results were so cute!   I took the cake to school and the kids loved it!   They were arguing over who would have which of the PEEPS® on their cake.  The cake was actually the only dessert that was totally eaten by the students and they even had fun doing that!   I caught several of them playing with their PEEPS® while they were eating their desserts. 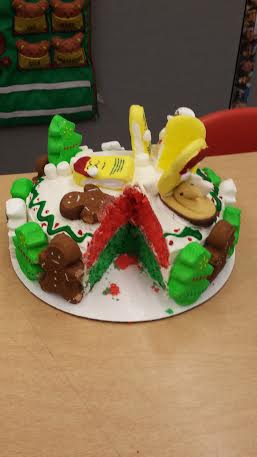 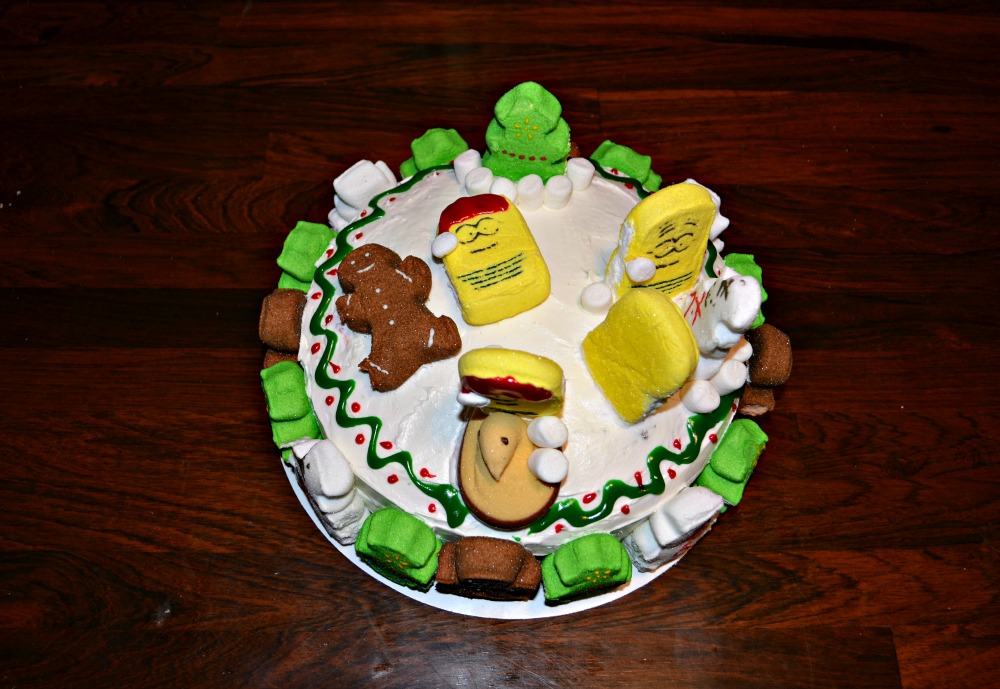