During the week I have to find recipes that are quick and easy to make because I'm tired after work and I want to spend every minute I can with J.  I make a lot of Asian meals for this reason.  It seems like many of them are sauteed in a pan and take less than 30 minutes which is what I'm looking for.  They often make enough that we have leftovers as well which is great for me to take in my lunch the next day. 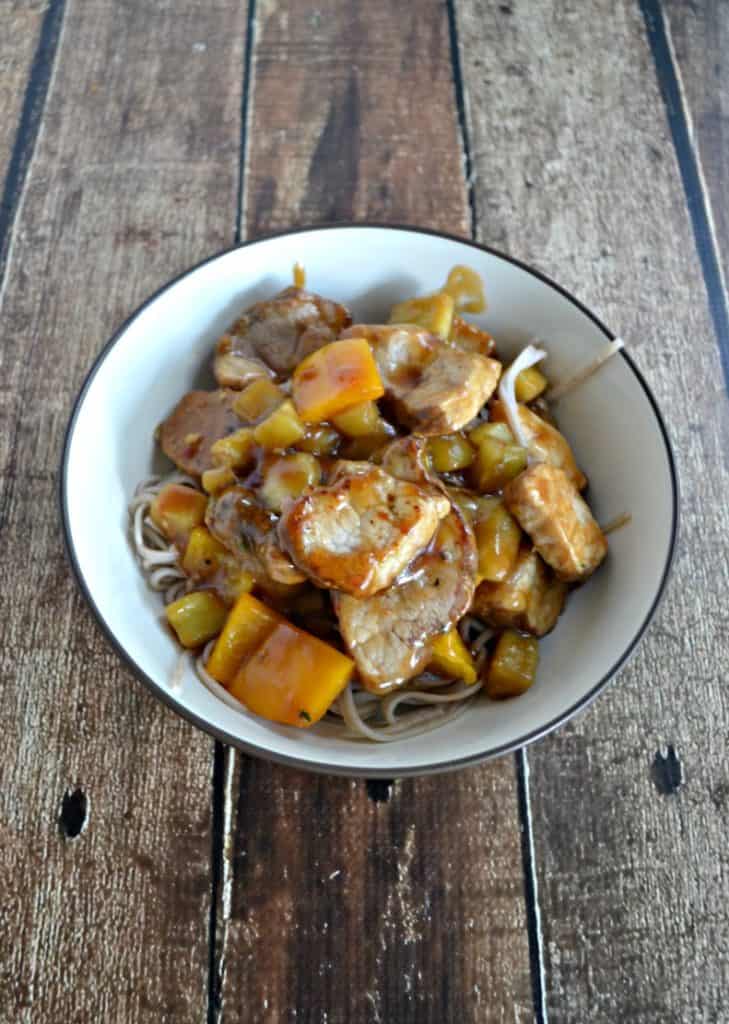 Most of the Asian meals that I make have rice with them.  Mostly I use either jasmine rice or microwaveable rice when I just don't have the time.  It's surprisingly good and J will even eat it.  However, when I want to switch things  I put my dishes over noodles.  I like to use either lo mein noodles or soba noodles depending on what kind of vibe I'm going for. 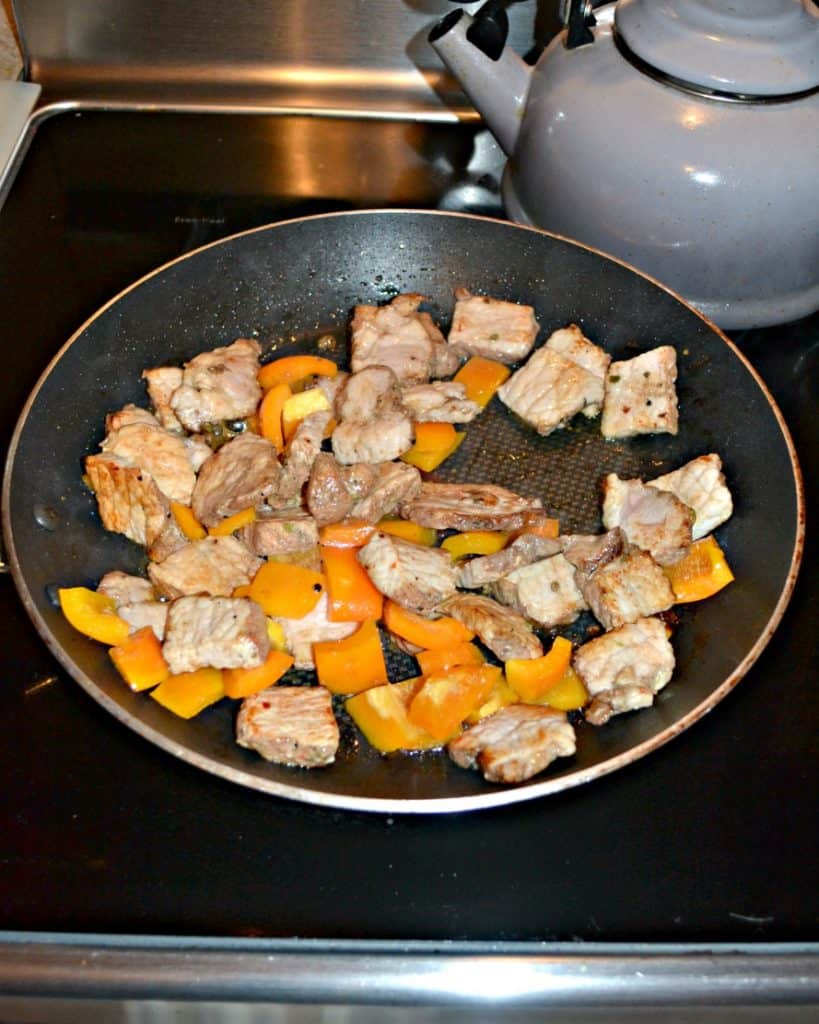 This Ginger Pork and Eggplant Stir Fry is an easy recipes because it doesn't have a ton of ingredients.  It uses a pork loin sliced into thin pieces, Chinese eggplants (which are small and thin), a bell pepper, and a few ingredients to make a sweet and slightly spicy sauce.  If you don't like spice simply leave out the chili paste and it will be sweet and tangy which is great too.

Unfortunately I used grocery pick up this week and they gave me two jumbo eggplants instead of the Chinese eggplants.  That's fine but in this case I peeled the eggplant and chopped it instead of simply leaving the skin on and cutting them in half lengthwise then slicing into half moon shapes.  If you can't find Chinese eggplant just use regular chopped into ½ inch pieces without the skin. 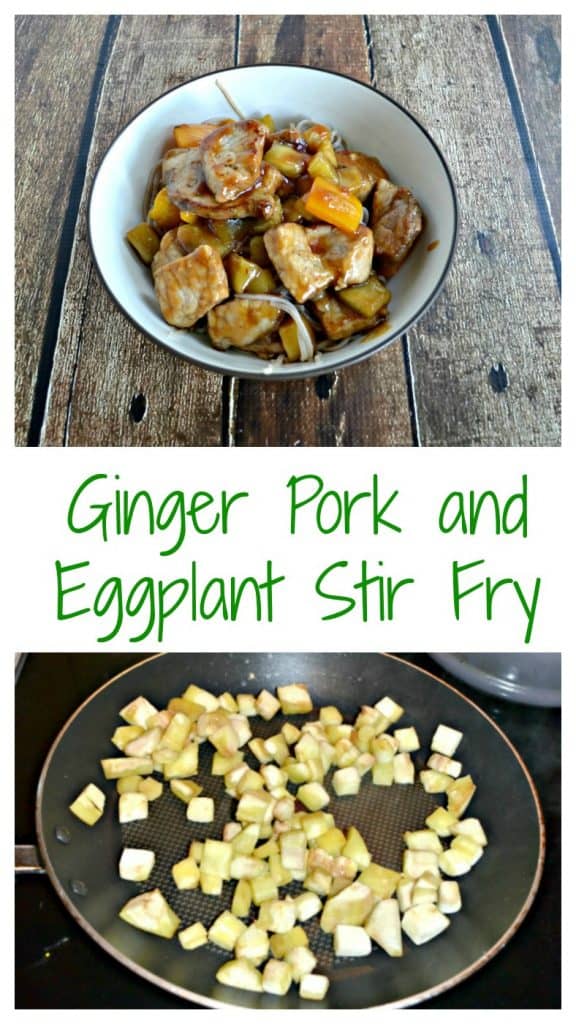 This stir fry is really flavorful and I like that it uses several different vegetables in it as well.  Because I served it with noodles it was pretty filling and we didn't need anything else to go with it to make it a complete meal.  The sauce on the pork and veggies is slightly sweet, a little bit tangy, and a touch spicy.  It's pretty awesome and there's enough of it that it covers the noodles as well.  This is definitely a great weeknight meal. 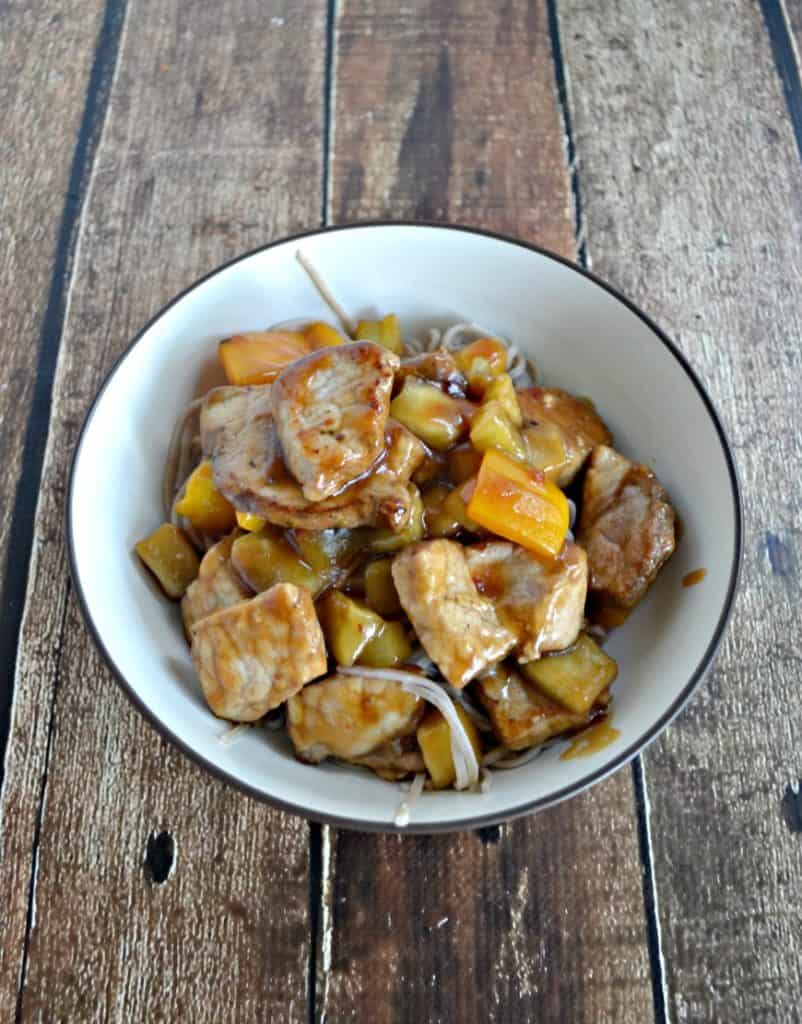 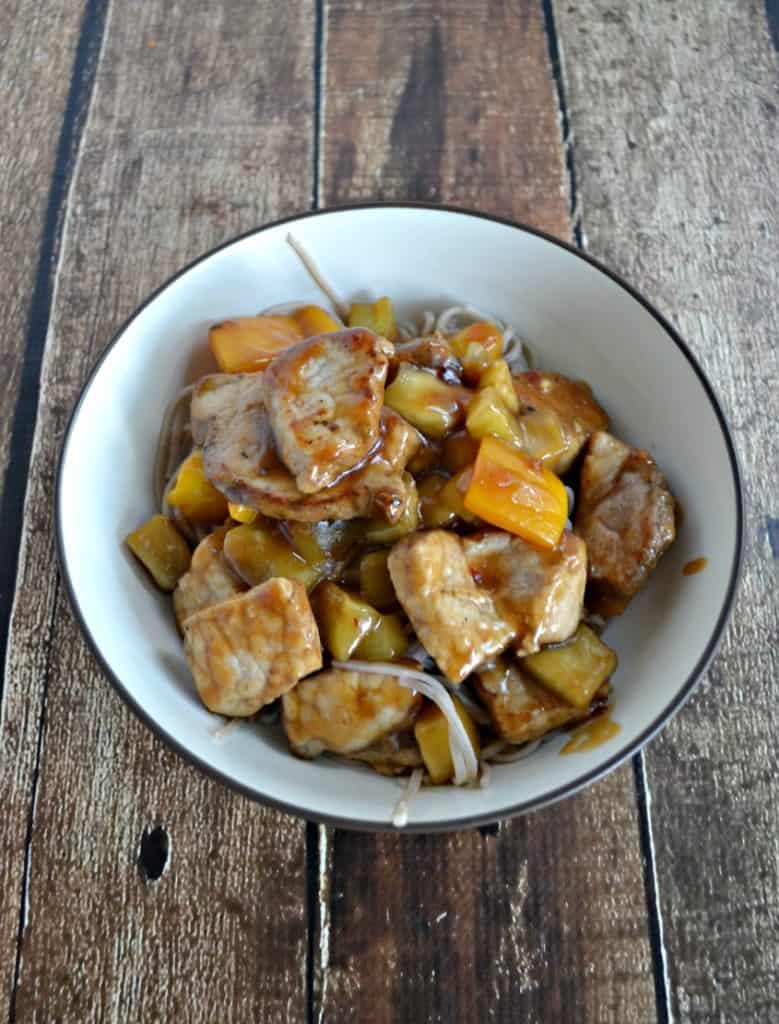