When winter comes around I start missing fresh produce.   While the markets have some produce I live in an area where the farmer's market is closed because nothing grows in the snow.   However, when I think of winter fruit I often think of citrus. 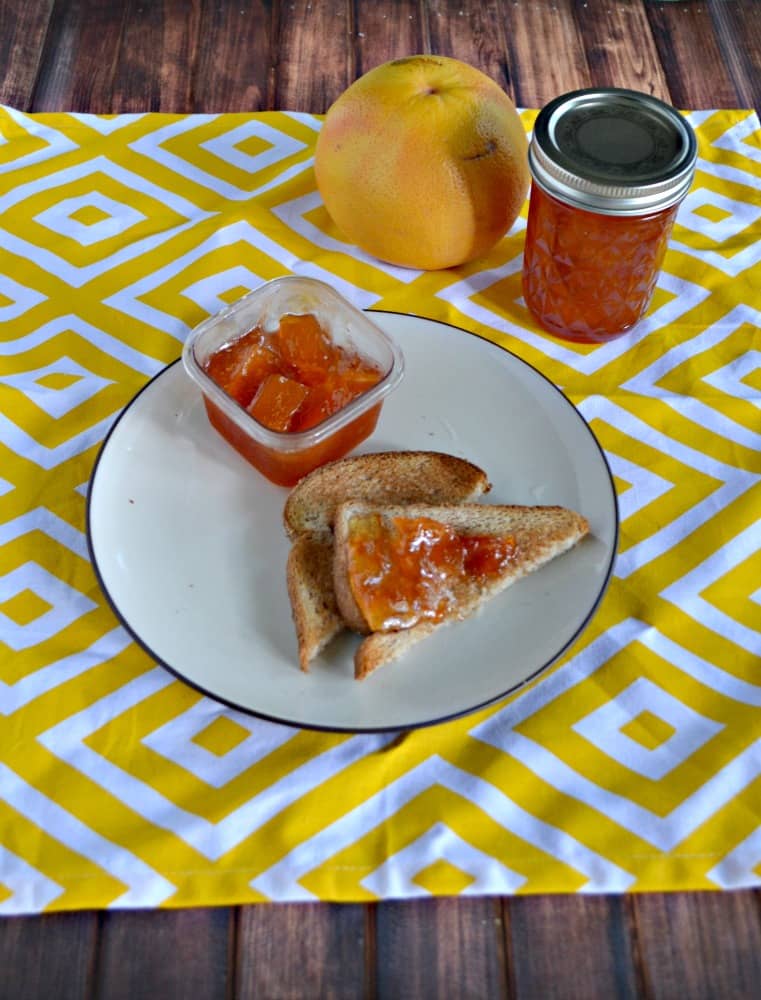 Oranges, lemons, and grapefruits fill the stores in the winter months and have a cheaper price tag because they are so plentiful.   I often buy oranges to take with me to work for a snack or as part of my lunch.  They are a healthy and easy snack to eat during the day.

Last week grapefruits were on sale at the local market.  I'm not a huge grapefruit fan but my husband enjoys them for breakfast so I bought a few.   Once I got home I couldn't help looking for grapefruit recipes.  I found one for Grapefruit Marmalade that sounded really good. 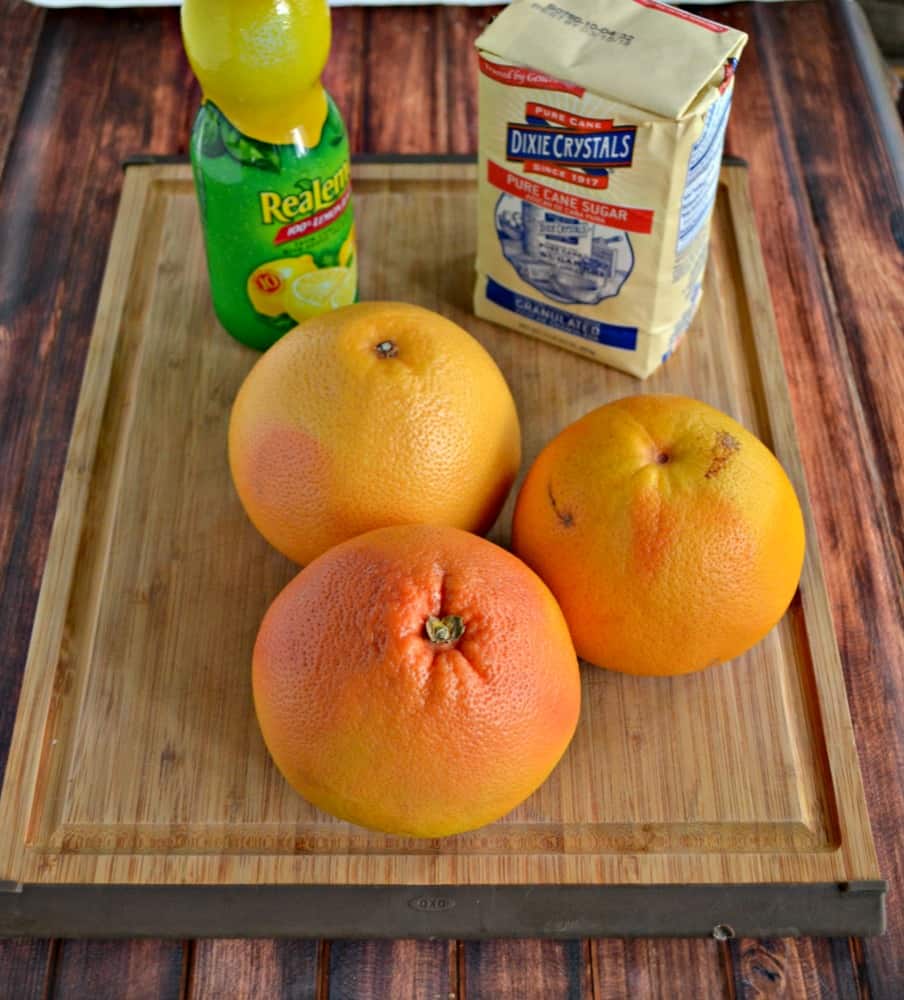 While I don't like grapefruit on its own I do like it when it's in food.  I feel like it really gives desserts, jellies, and jam and sweet and tart flavor that is delicious.  So I left one grapefruit for my husband and used the rest to make marmalade.

It turned out really pretty.   It had an orange and pink color to it with pieces of the grapefruit right in the marmalade.  Make sure to boil the grapefruit for long enough that the bitterness comes out of it.  I suggest 90 minutes but you can go longer then that. 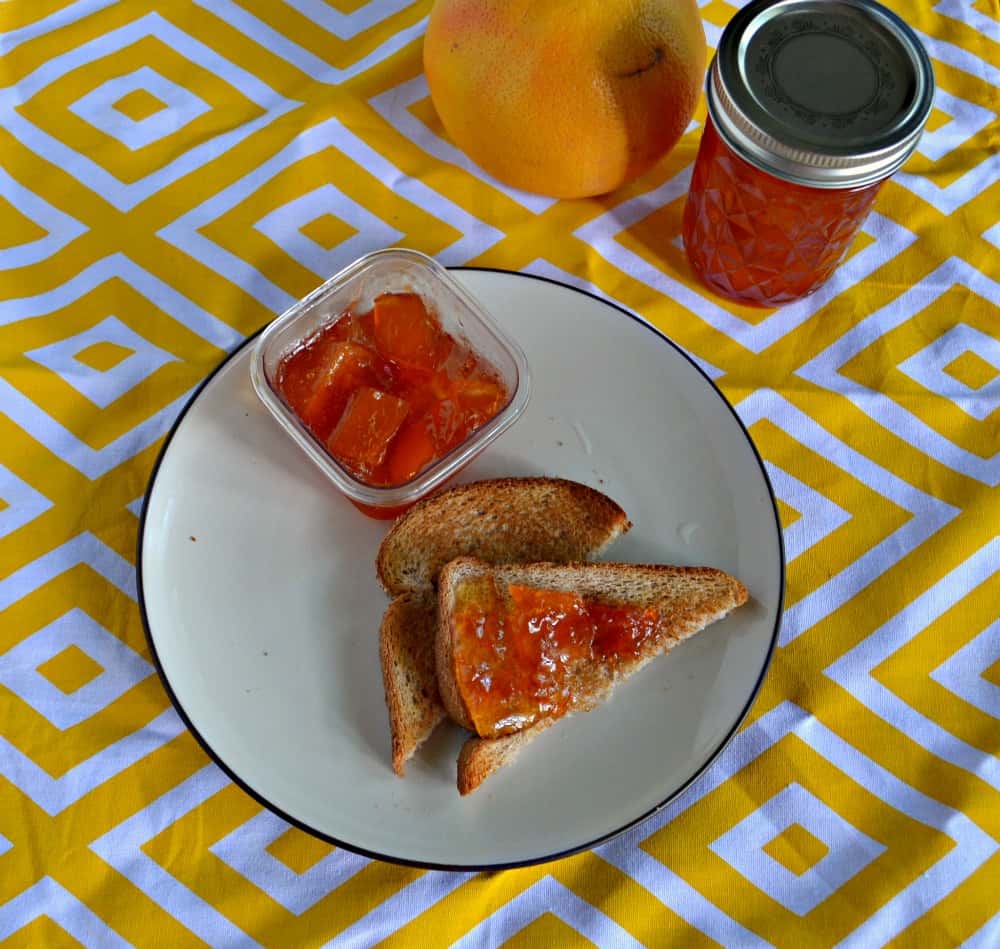 The resulting marmalade is delicious!  It's sweet but tart and has subtle flavors of vanilla and cinnamon.  It's really good on toast and I think it would be great on top of pancakes too! 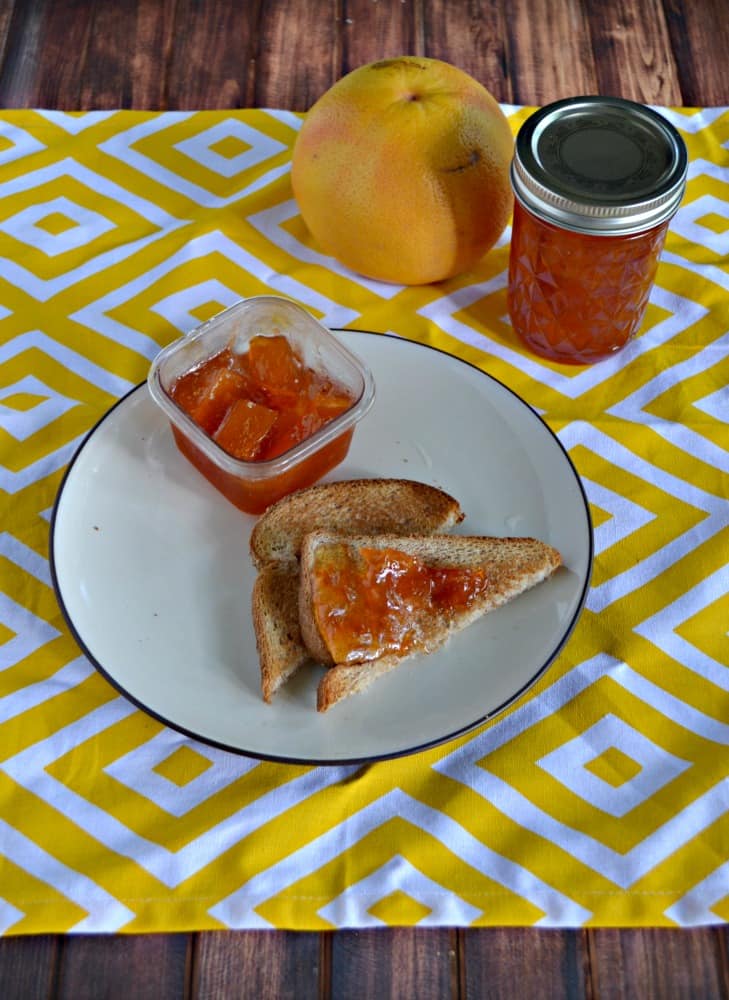