Not for the faint of heart, the third in the Lance Underphal Mystery series, is an interplay of corrupt characters immersed in today’s world.

Guided by his dead wife, a reluctant psychic finds himself on a wild ride through a criminal underworld, slamming face first into corrupt police, gunrunning bikers, and a drug addicted killer–not to mention confrontations with the dead.

Layers of plots within plots twist this new thriller into a startling climax. (-synopsis) 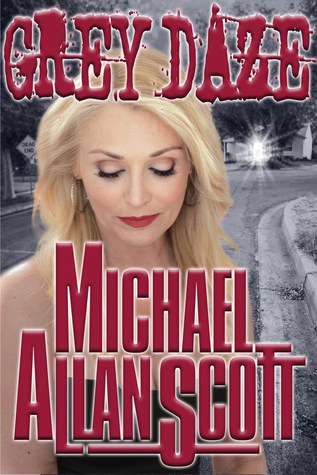 The book opens with the murder of an old man.   Lance sees it as a vision and he isn't sure what he is seeing until Callie calls him.  Callie is worried about her older uncle.  He hasn't been answering the phone and she's afraid something has happened to him.  Lance suspects his vision is of her uncle.

Jake in on security detail when he gets the call from Callie.   She tells him she's worried about her uncle and Lance.   She talked to Lance earlier in the day but now he's missing.  His car is at his place but he is gone.  While Jake is tired he comes to Lance's house, can't find him, but agrees to go find Callie's uncle.

Lance isn't home because he's been arrested for manslaughter.   His wife was killed in a car accident a while back but her sister is now accusing him of manslaughter even though he wasn't in the car.   Lance thinks it's a cruel joke and is looking at how he can get out of this jam.

Meanwhile, Jake finds Callie's uncle but he's dead.   It looks like it could be of natural causes but Jake finds a few items that lead him to believe that it might have been murder.

With all the different aspects of this story it was hard to put down.  I wanted to find out what happened to Callie's uncle and what was going to happen to Lance.   All of the characters are woven together in different ways so that their stories are tangled together while staying individual.  The hints of paranormal from Lance's visions and Callie's knowing what is going on leads to another layer of the puzzle.

If you like fast paced mysteries with a few paranormal twists, this is a good book for you!