First let me say that my husband does 95% of the grilling in our house.  While I always prepare the food for grilling, he is the one that does the actual grilling outside.  So when my cooking board decided to do a grilling swap, hosted by A Taste of Home Cooking,  I participated even though I knew Frank would be the one grilling. 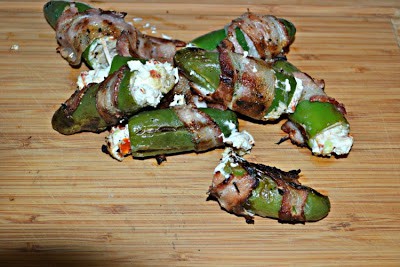 I received a recipe for bacon wrapped jalapeno poppers.  I was both excited and nervous about this recipe.  Excited because both Frank and I love jalapeno poppers, add the bacon in and this is pretty much his perfect appetizer.  I was nervous because I hate working with fresh jalapenos.  Several years ago, when I didn't know any better, I cut up some jalapenos bare handed.  My hands burned for several days and I ended up getting the jalapeno juice in my eyes, in my nose, and on some other sensitive parts of my body.

So when I went to make the poppers I went for the gloves and found.....we only had 1 plastic glove left.  Knowing I couldn't cut the jalapenos without them, I improvised by putting a baggie over my other hand and securing it with a hair tie.  Worked perfectly! 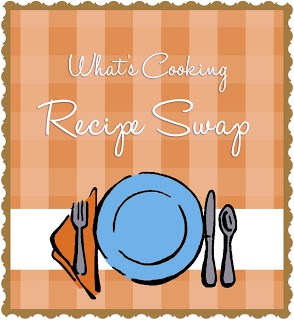 These were tough to cook because the bacon kept flaring up on our gas grill.  I think it would be easier to cook these on a charcoal grill but we made them with what we had.  The jalapenos were so spicy that I began choking on just the air around the cut jalapenos.  I was hoping the cream cheese filling would balance the spiciness out and it did to a degree.

I liked how the bacon crisped up and wrapped around the tender jalapenos.  The cream cheese mixture was hot and creamy.  The jalapenos were super spicy.  I had two but by that point my mouth was burning.  They were really good though.  My husband ate several of them, really liked them, but also thought they were overly spicy.  I'd like to try these again using some techniques to cut down on the spiciness though we did enjoy them! 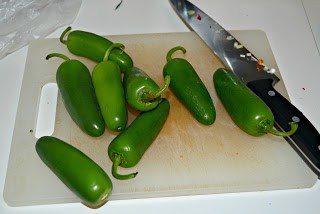 1.  Wearing gloves, cut the tops off of the jalapenos and then slice them carefully down one side.  Scrape out the seeds and the membrane.

3.  Cut the bacon strips in half.  Wrap a half around each jalapeno and secure with a toothpick.

4.  Cook over medium heat on a grill, watching carefully for bacon grease flare ups.  Cook for 10-15 minutes, turning occasionally, until the bacon is hot and crispy. 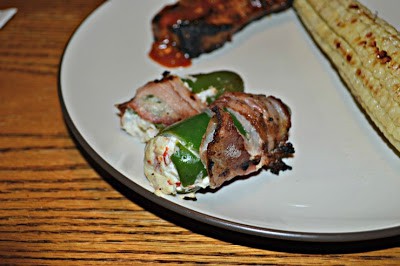