My brother got married last September and today is his one year anniversary.   A few months before he asked if I would make a groom's cake for him.  Since I'm always making and decorating cakes I said that I would.   He told me what he wanted and I thought it was easy enough.  My brother ended up buying me a cake air brush set for my birthday so that I could air brush his cake. 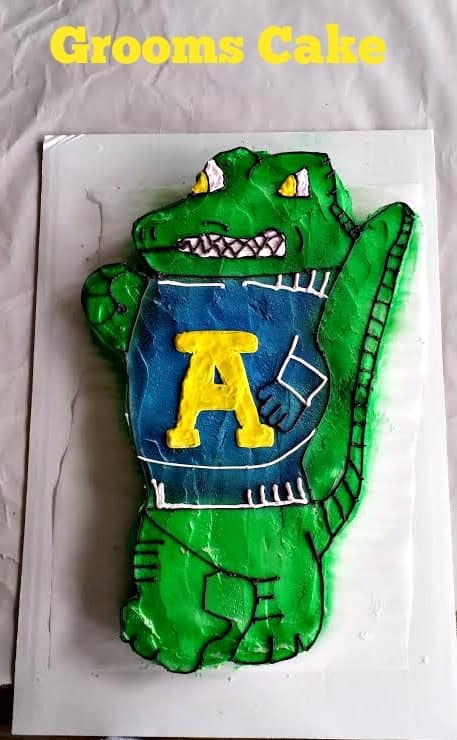 After waiting for several months, September came and I realized that I needed to try out the airbrush kit and work on the cake.  I tried out the airbrush and it worked well.  It was pretty easy to control and I did well with it.   Two weeks before the wedding I started panicking and decided I needed to make a practice cake.  So I baked up a cake half the size of the real one, cut out the alligator, and decorated it.

I liked how it looked but there were a few things that weren't right.  The shirt on the alligator was way too light.  It was supposed to look navy blue but wasn't even close.   I also messed up on the shirt so I had two things I needed to work on.  It took me more then a week to find blue food coloring that would work for the shirt.   Then I made a few adjustments to my drawing and got started. 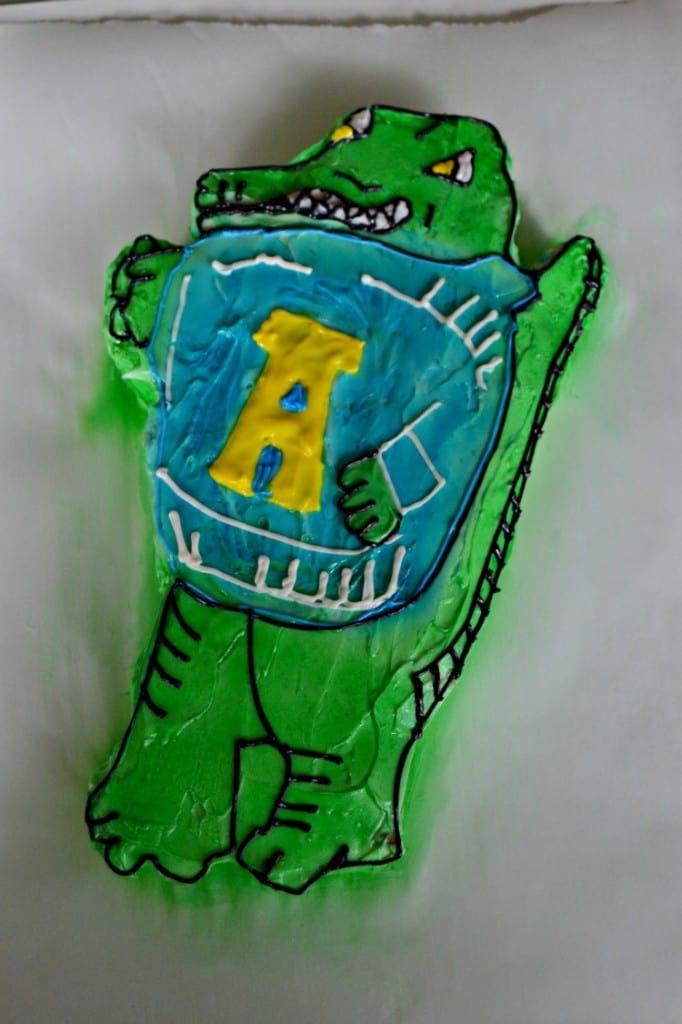 I had a few crazy days before the wedding and really didn't feel up to making the cake but I baked it on Wednesday, put the homemade lemon curd in the middle on Thursday, and frosted it on Thursday as well.   Friday morning I was decorating the cake at 10 am, 3 hours before I had to leave for the rehearsal.  I managed to get it finished and it looked so much better then the practice.  I was really pleased with it. 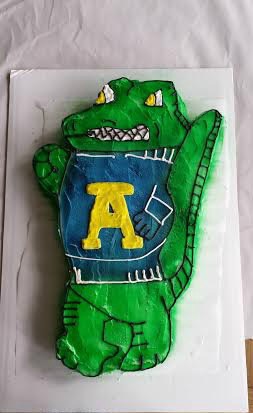