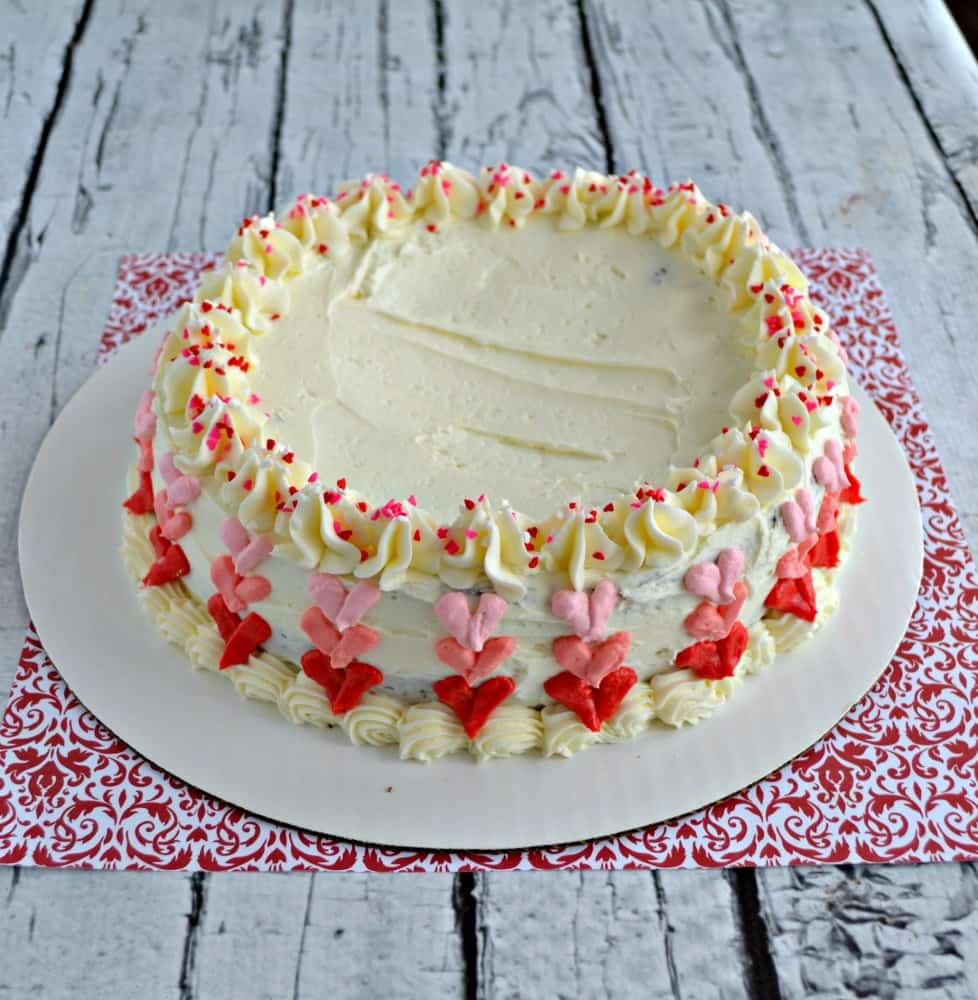 That doesn't mean that I won't make chocolate baked goods.   I often make chocolate cakes and cupcakes for family and friends.   I just usually won't eat them.  I'm much more of a vanilla cake person. 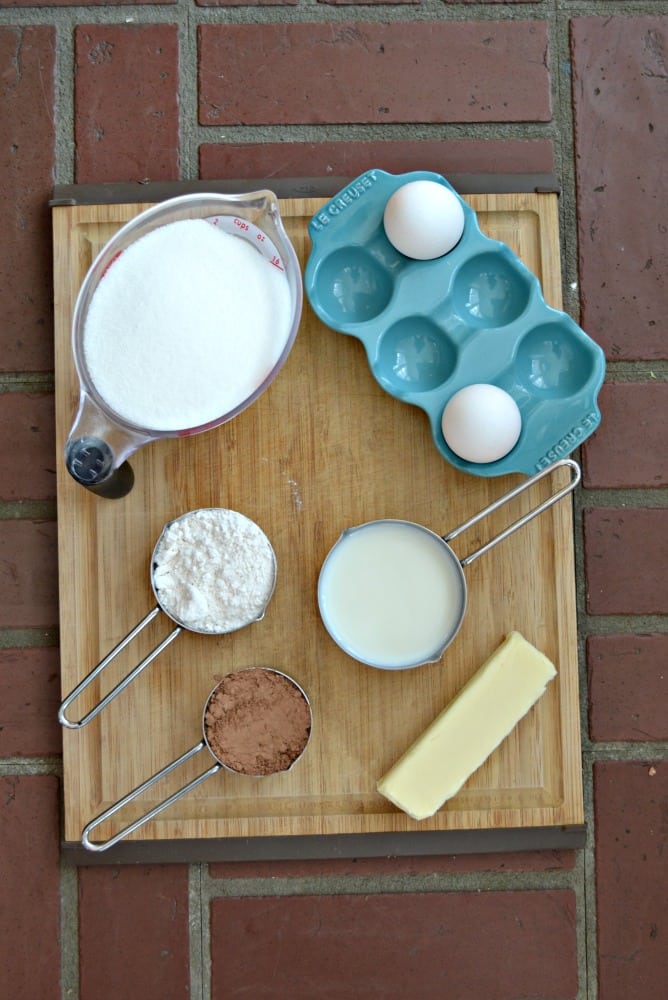 The exception is this Heart Ombre Chocolate Cake.   I'm not sure why but it's so much better then any other chocolate cake I've tasted.  My husband agreed and said it's the best chocolate cake he's had.  The funny thing is that I just threw together a bunch of ingredients and hoped for the best.  It turned out to be a chocolate cake that I actually like!

To make this cake I baked two layers of the chocolate cake.   While it was cooling I mixed up a batch of buttercream frosting.  I put aside ¾ of the frosting to leave white and then divided then last quarter of it into three bowls.   I colored one red, one pink, and one mauve.   This will be the frosting for the ombre hearts. 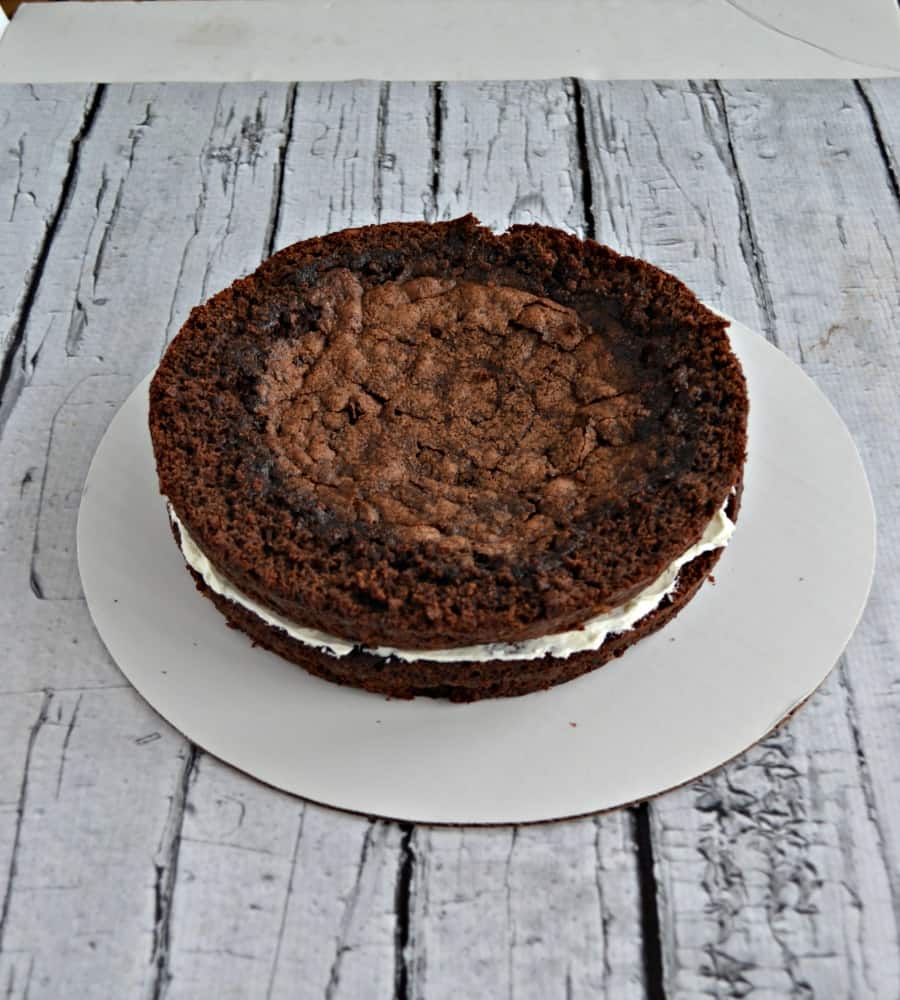 I layered the cakes with frosting in between the layers and then frosted the cake with the buttercream.   After frosting I piped hearts around the sides from red to mauve to pink so it had an ombre effect.  Then I put fun heart sprinkles on top to finish it off. 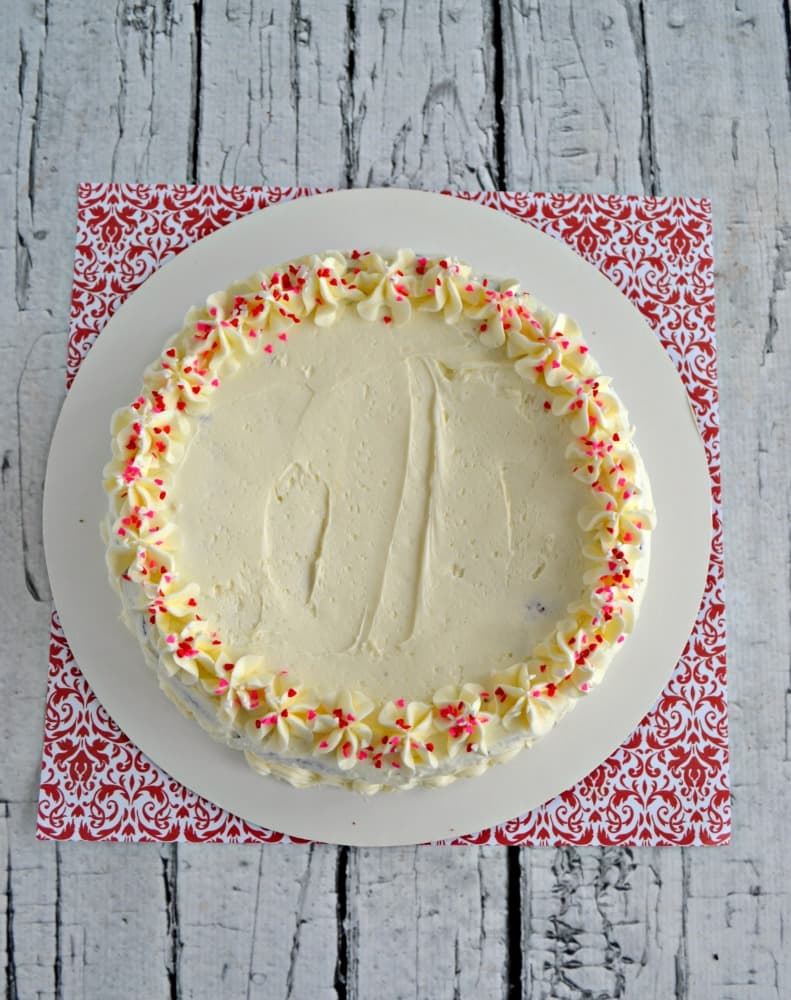 The cake tasted great.  It was super moist and the frosting really added a nice sweetness to the cake.   There was a lot of chocolate flavor but it wasn't overpowering.    It's a really easy cake to make but it looks super pretty!  Give a try for your next Valentine's Day party or bake it for your family. 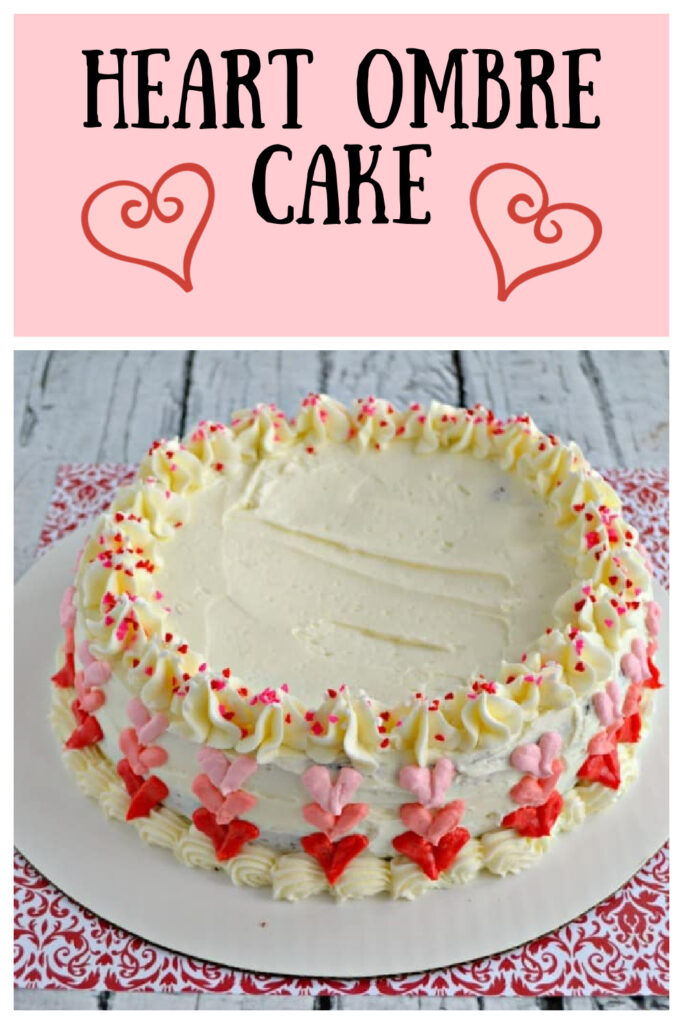 Cake and frosting recipes are Hezzi-D original recipes. Idea for the Ombre Cake from Beyond Frosting 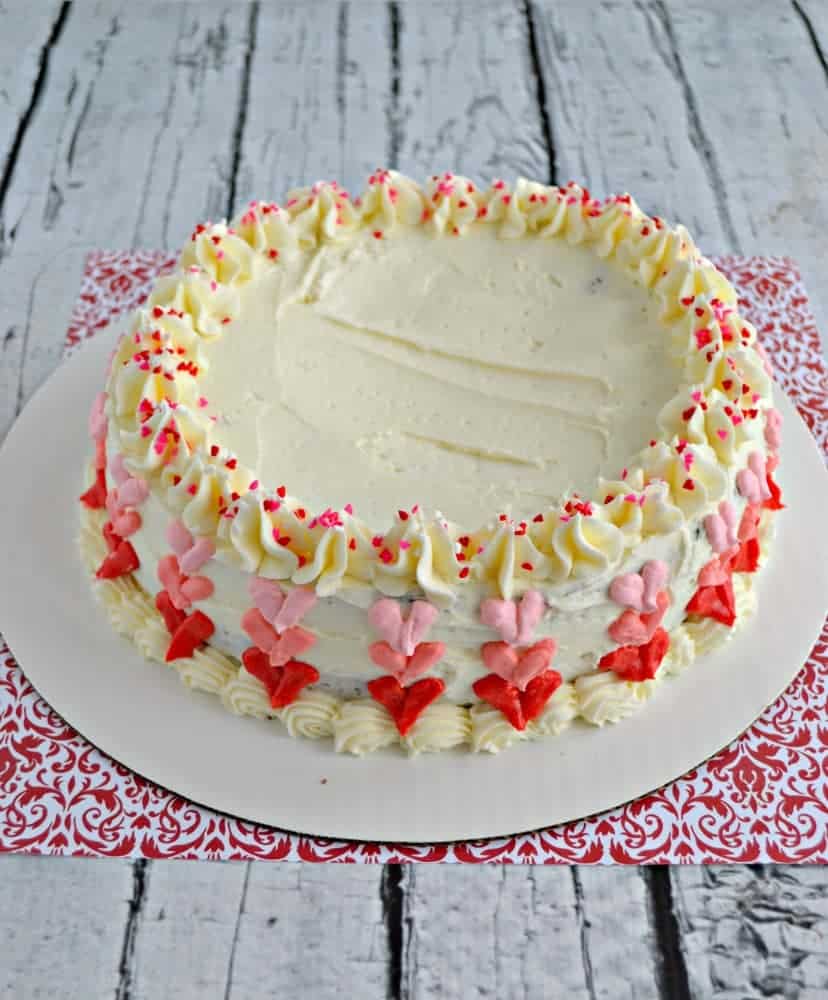