After making a ton of homemade hot cocoa mix, I was anxious to get started on homemade marshmallows. I am totally in love with marshmallows but have never made them myself. The actual making of the marshmallows wasn’t too bad. I was very excited when during my mixing the clear liquid began to transform into fluffy white clouds. 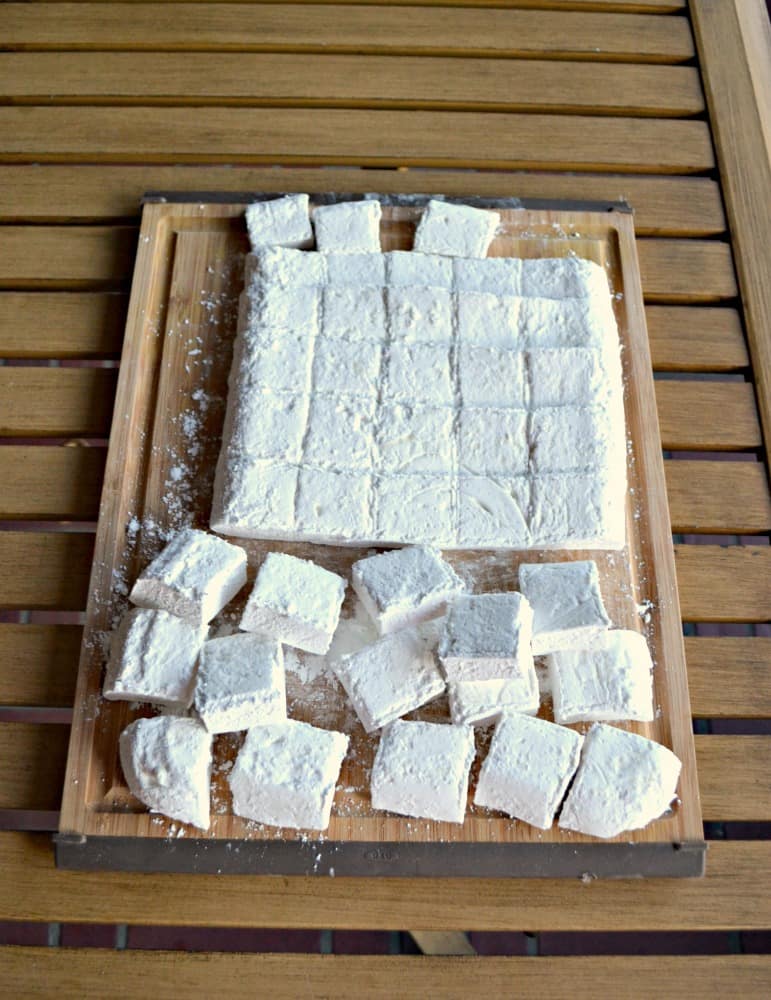 My first complication came when I tried transferring the mixture from the mixing bowl to the cookie sheet. It was sticky and didn’t want to go anywhere. After several attempts I covered my hands with oil, grabbed the mixture, and spread it out. It took about 3 coatings of oil on my hands but I got it in the pan. The mixture looked wonderful.

The second complication came after I began to cut the marshmallows. Cutting them proved to be easy; dipping each individual marshmallow was the hard part. I was so happy my husband was busy with other things because our entire kitchen was covered in powdered sugar. The sink, the counter, the kitchen table, the floor, and me…EVERYTHING was covered. 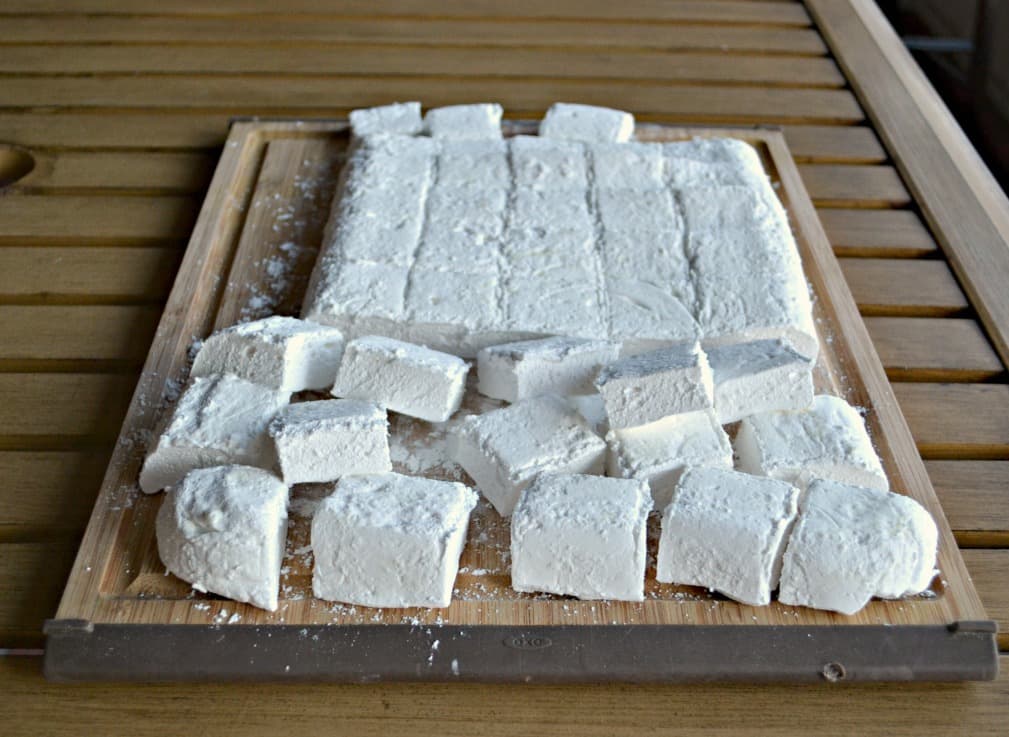 In the end, it was a long process but one that was more then worth it. I packaged the marshmallows with cute tags and wrapped them along with the homemade hot cocoa mix. My husband and I tried some of each and it’s true what people say-once you eat a homemade marshmallow you’ll never eat store bought again. The homemade ones melt very slowly in hot cocoa so they are there almost to the end. They also have a better taste-not chalky or syrupy sweet like the store bought ones. I will definitely be making these again, even after the powdered sugar fiasco!

3. In a small saucepan combine the remaining ½ cup water, sugar, corn syrup, and salt. Cook over medium heat. Clip a candy thermometer on the side of the saucepan and boil until the temperature reaches 240 degrees, about 10 minutes. Immediately remove from heat. 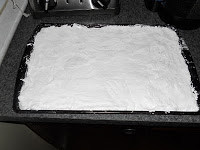 5. Pour the mixture into the prepared pans, using an oiled spatula to spread evenly into the pan. At this point I needed to oil my hands in order to transfer all the mixture to the pans. Dust the top of the marshmallow mixture with the sugar and cornstarch mixture. Let the marshmallows rest uncovered for 4 hours and up to overnight.

6. Turn the marshmallows out onto a cutting board and cut into 1 inch squares using a pizza cutter. Once cut, dip each marshmallow in the remaining sugar and cornstarch mix, covering each cut side. Store in an air tight container for 3 weeks. 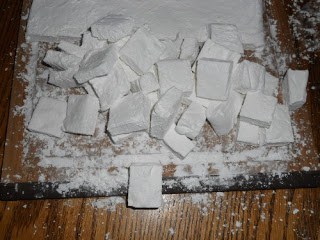