Whenever we have people over for dinner or games I like to have some snacks sitting around.  My usual snack is a cheese plate which everyone loves but sometimes you just need something a little sweet.  This Hot Toddy Caramel Corn is perfect for a winter snack. 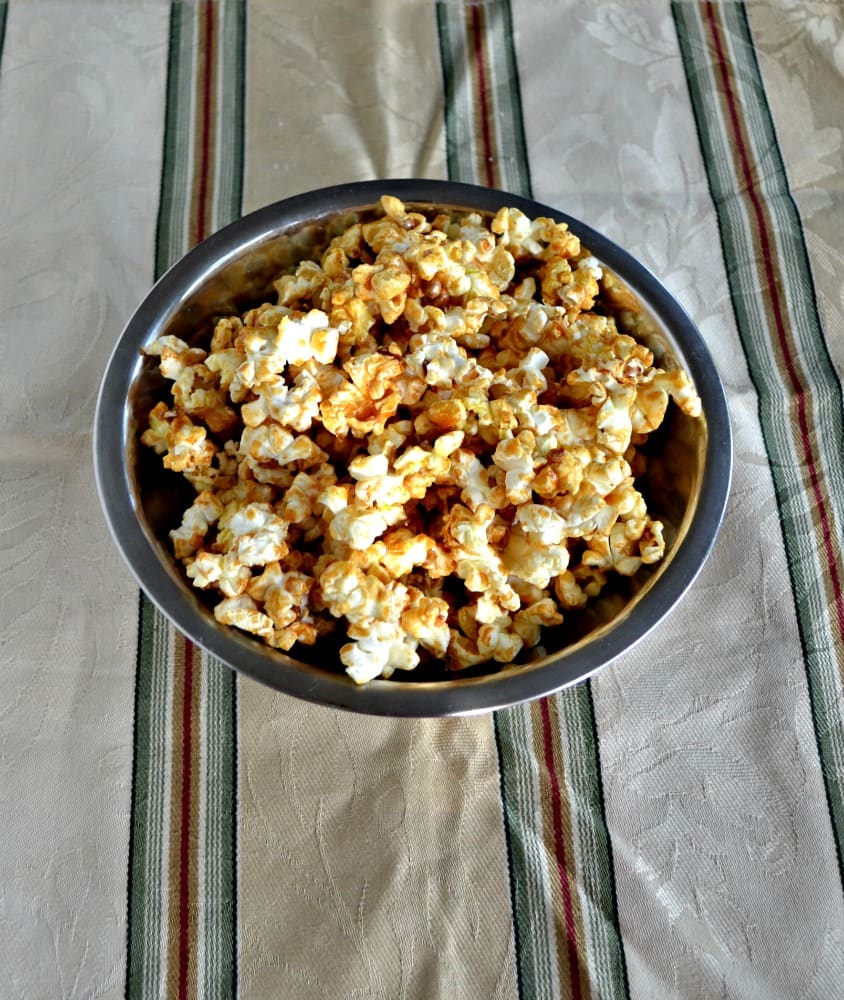 A hot toddy is a drink that is make of bourbon, honey, cinnamon, and lemon.   It's served hot and it's said that it will help you feel better when you are sick.   I've actually never had a hot toddy but it sounds like my favorite cup of tea only substituting in bourbon for the water. 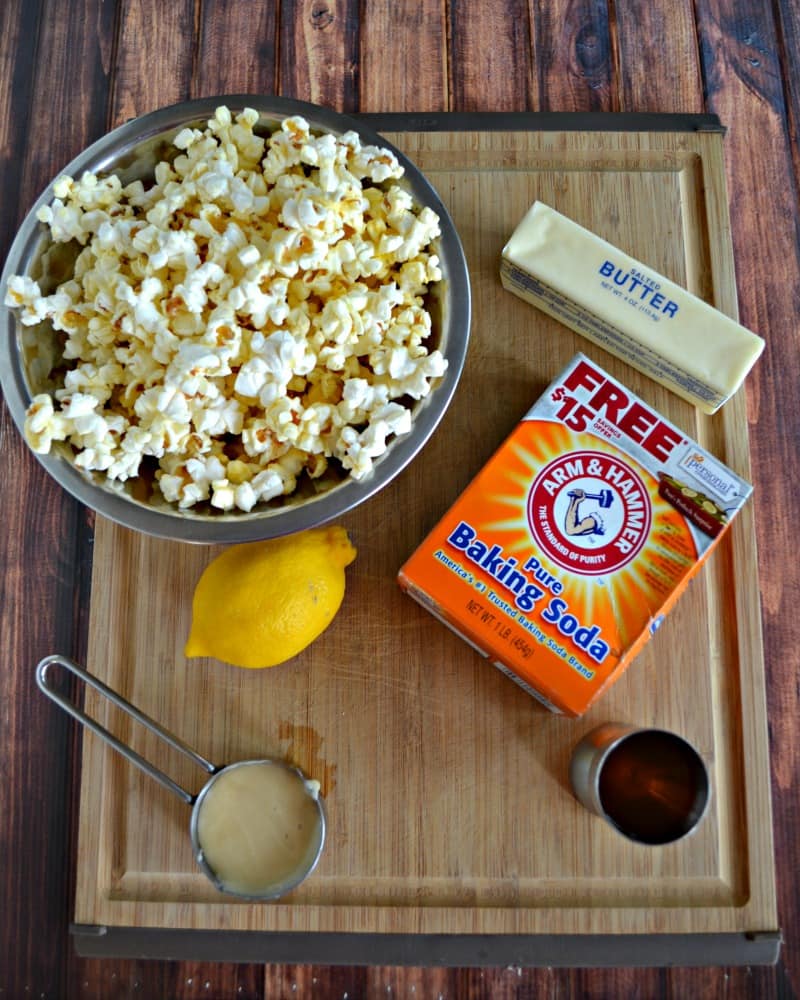 This popcorn is filled with those same delicious flavors.  The first thing you do is make homemade caramel for the popcorn.  Once the caramel is made you add in lemon zest, bourbon, cinnamon, and salt.  It smells awesome as you mix it all together.

Once the caramel mixture is tossed with the popcorn it's baked in the oven.  I never bake my caramel corn but I love how this recipe turned out!  I'll definitely be baking my caramel corn in the future.  As the popcorn bakes in the oven the flavors get infused into the popcorn and the mixture begins to dry out so it isn't super sticky when you are eating it. 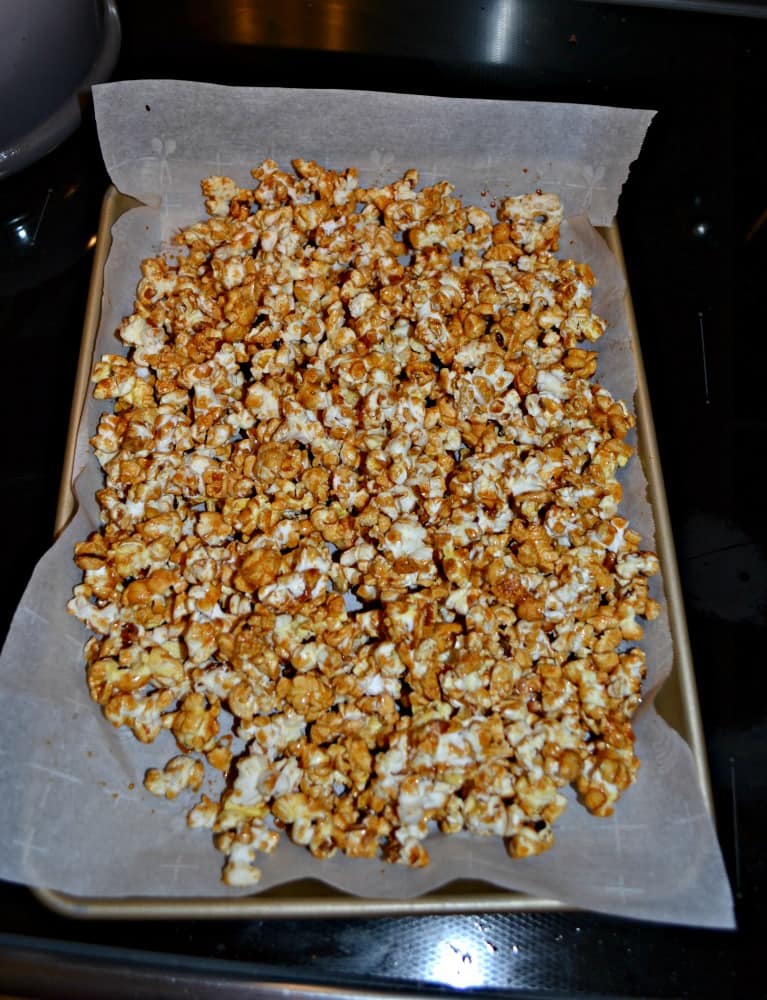 The baking also helps to remove moisture so this popcorn keeps fresh for up to a month in an air tight container!  My plan is to make a big batch whenever I know people will be coming over so that I can pull it out anytime we have people visiting.   The popcorn tastes like caramel corn but it has all of those extra flavors in it.  The cinnamon and lemon are subtle but there.   I could really taste the bourbon at the end of my bite of popcorn. 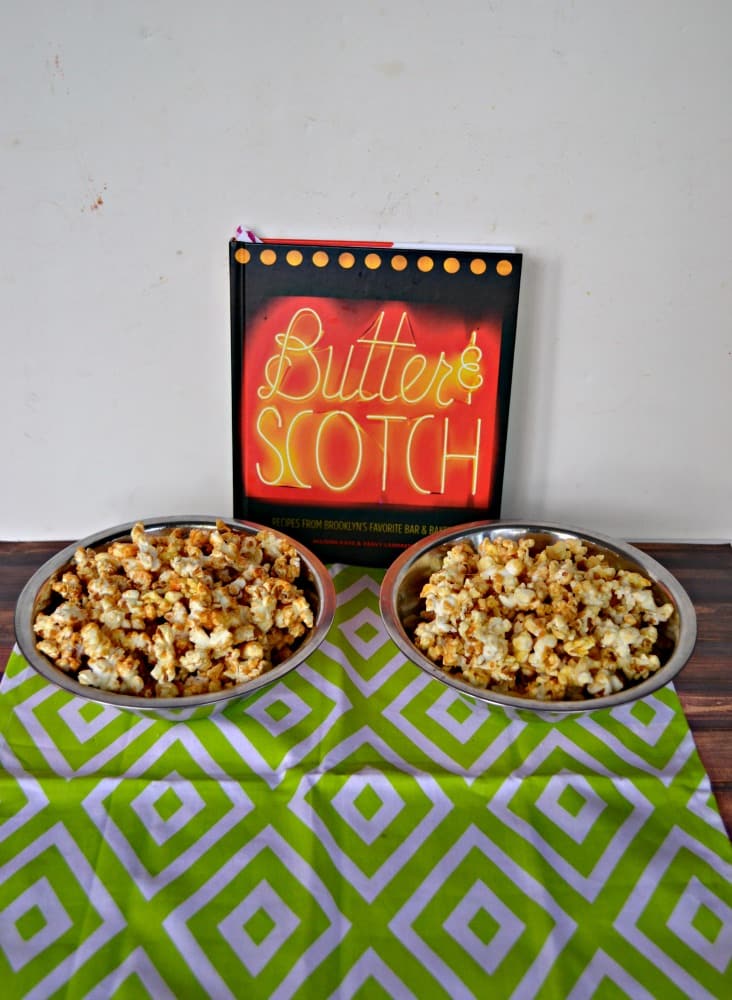 This would be a great recipe to make for the holidays or even to package and give as a homemade holiday gift! 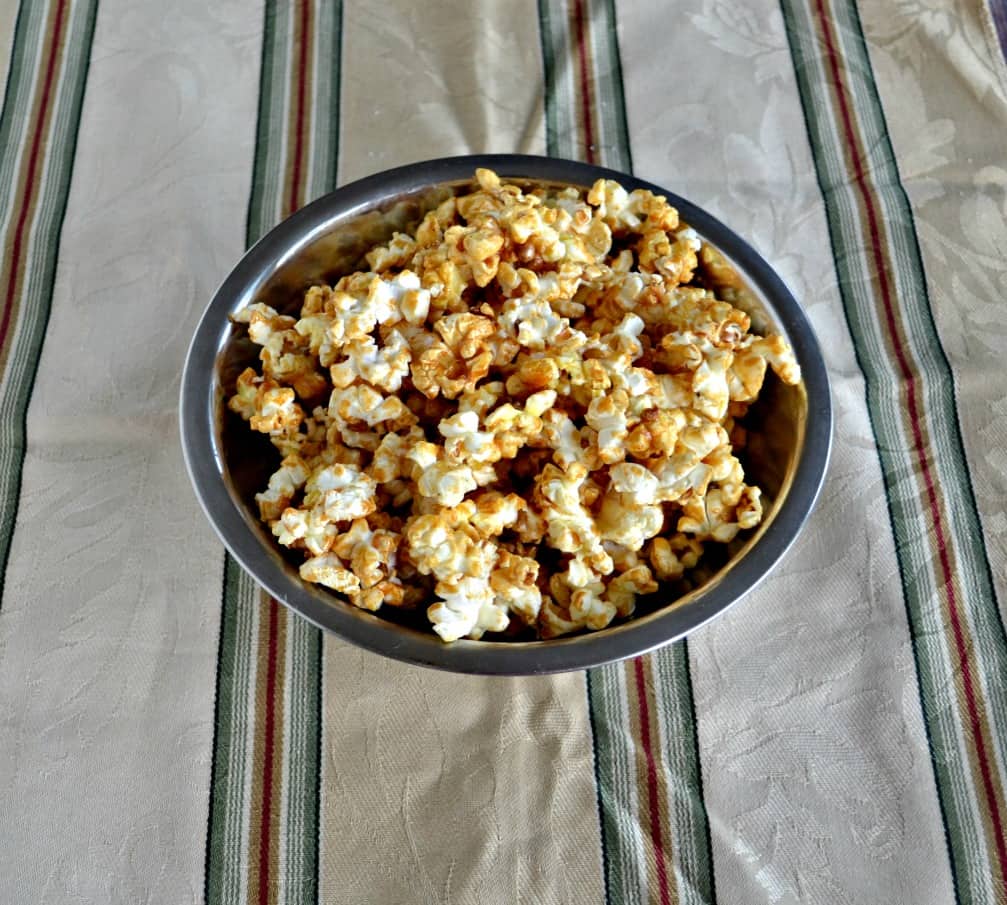