This Thursday is National Hummus Day!  On Thursday my favorite hummus brand, Sabra, will be giving away coupons to celebrate this awesome food holiday!   I wanted to celebrate by creating a dish using Sabra Hummus.   I headed out to the store and bought 2 containers of Sabra Classic Hummus to experiment with and one Roasted Red Pepper Hummus.   When I got back to my house the ideas started churning.   I had 3 ideas straight away and wrote them down quickly.  The first one I couldn't wait to try was a chicken dish. 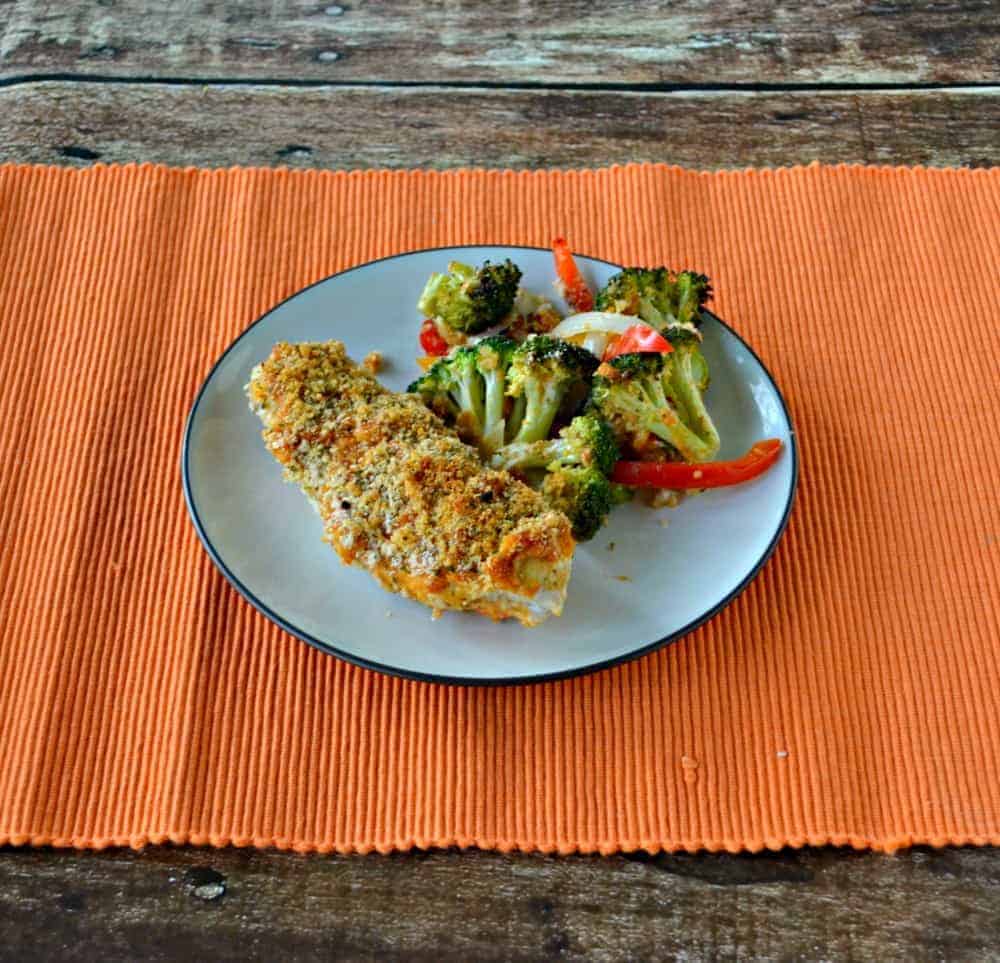 I started playing around with the idea of hummus coated chicken.   I wanted to really cover the chicken in the hummus but I thought it needed something to give it a little crisp as well.  I tossed some panko with some spices and seasonings and then ended up sprinkling it over top of the chicken once it was covered in the hummus. 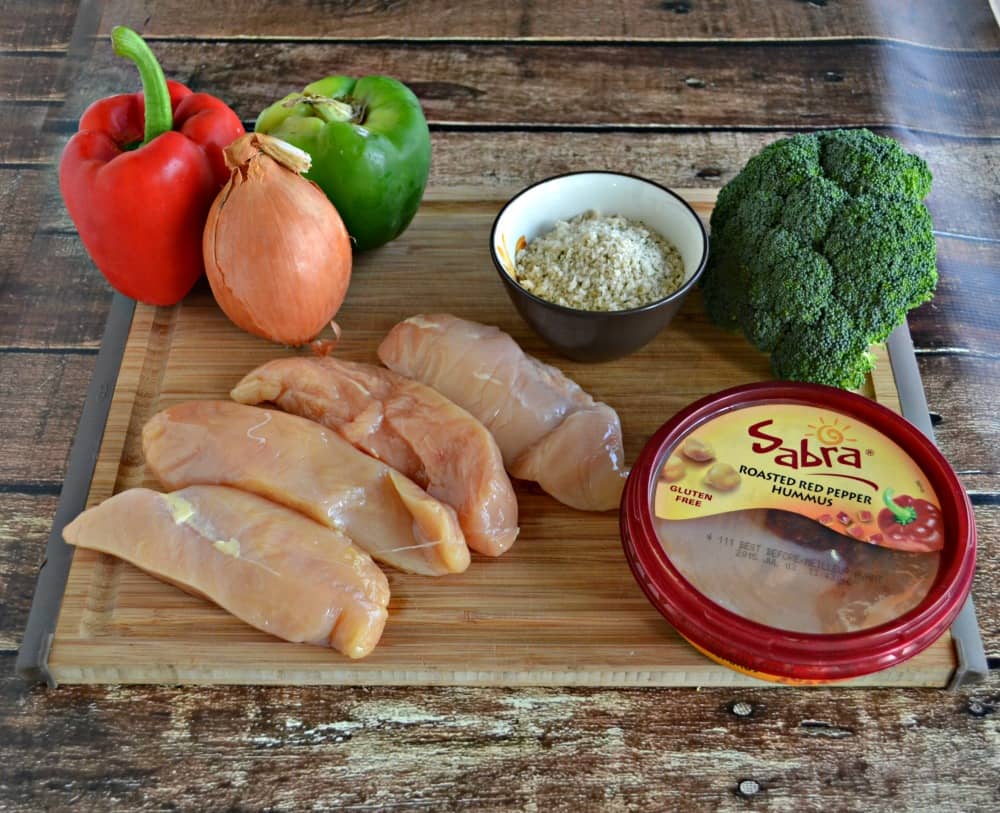 Then I needed some vegetables to go underneath the chicken.   At first I thought potatoes would be a good fit but then I was worried they would cook slower then the chicken and I didn't want it to dry out.   I went with broccoli and red peppers.  I tossed them with some olive oil, salt, and pepper.   I also let some of the leftover hummus drip over top of the vegetables. 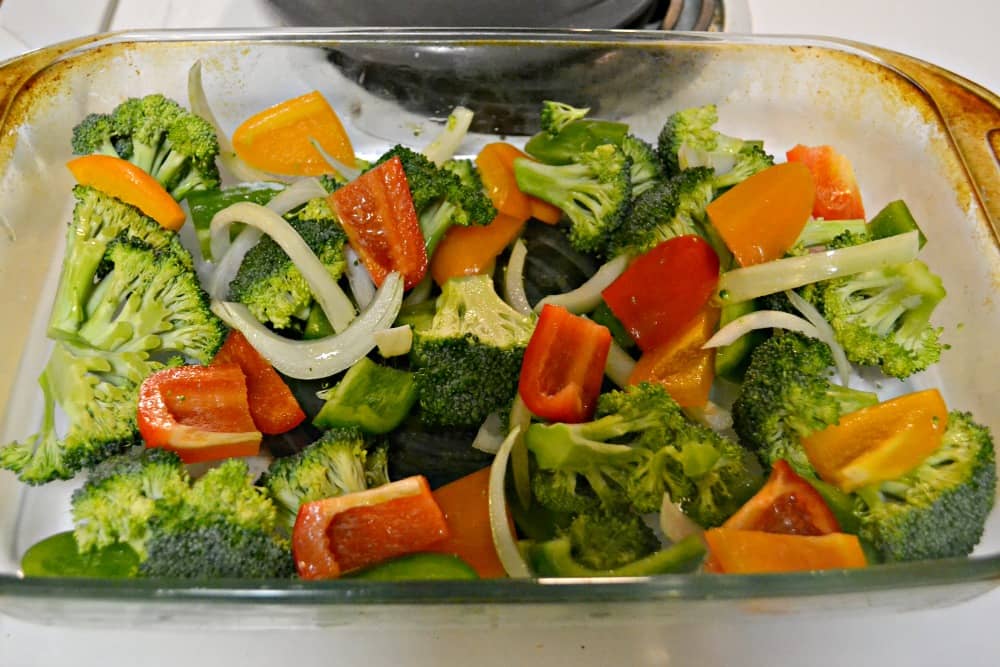 The chicken came out of the oven smelling amazing.   As I plated it my husband asked what it was.   I explained the dish to him and he looked pretty skeptical.   He took a bite and didn't say much.   When I took my first bite I was thrilled.  The hummus had managed to keep the chicken moist and it was incredibly tender.   The panko added a crunch on the top side of the chicken and tasted great.   Finally, the vegetables were tender and had a lot of flavor to them.  I particularly liked the vegetables that had the hummus on them.  Yum. 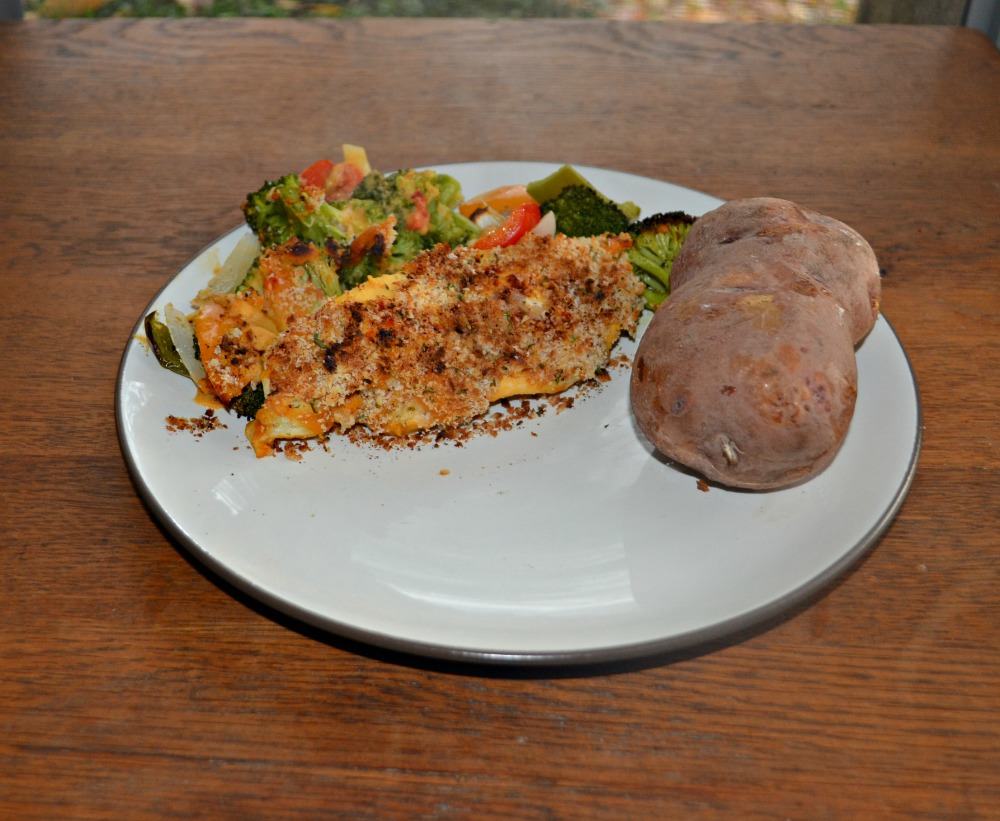 After dinner my husband asked where I found that recipe.  I told him I came up with it myself.   He thought for a minute and then told me it was really unusual but he really liked it.   He then wanted to know how I came up with it so I told him how it came about.   It ended up being a very tasty dish and one that we will have over and over again.   If you are looking for a great one dish meal to make for hummus day, this one is a winner! 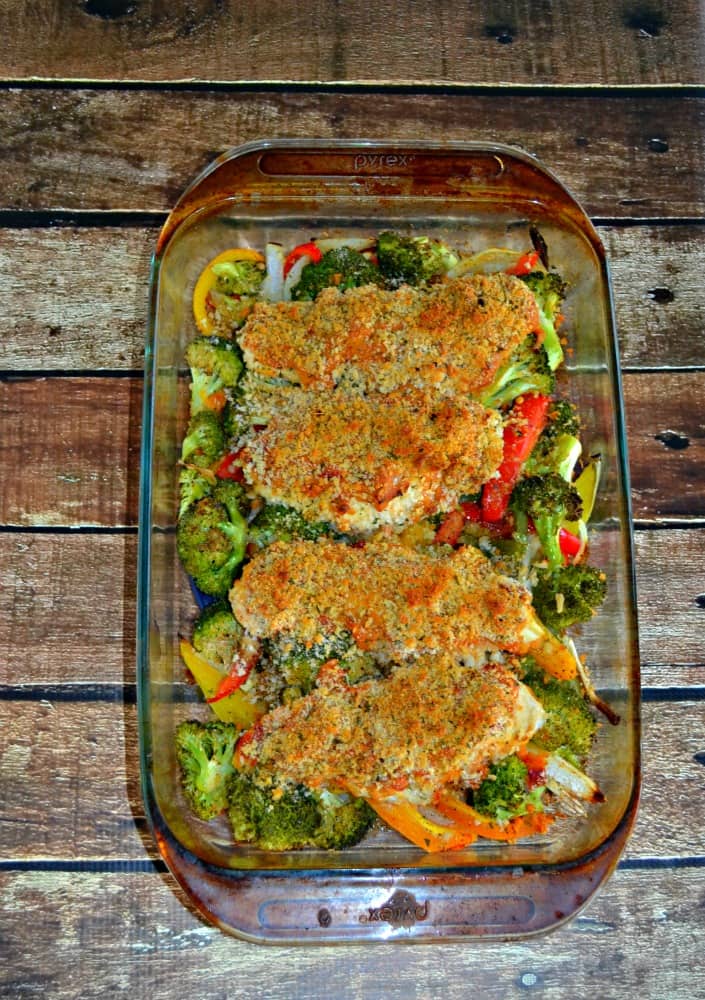 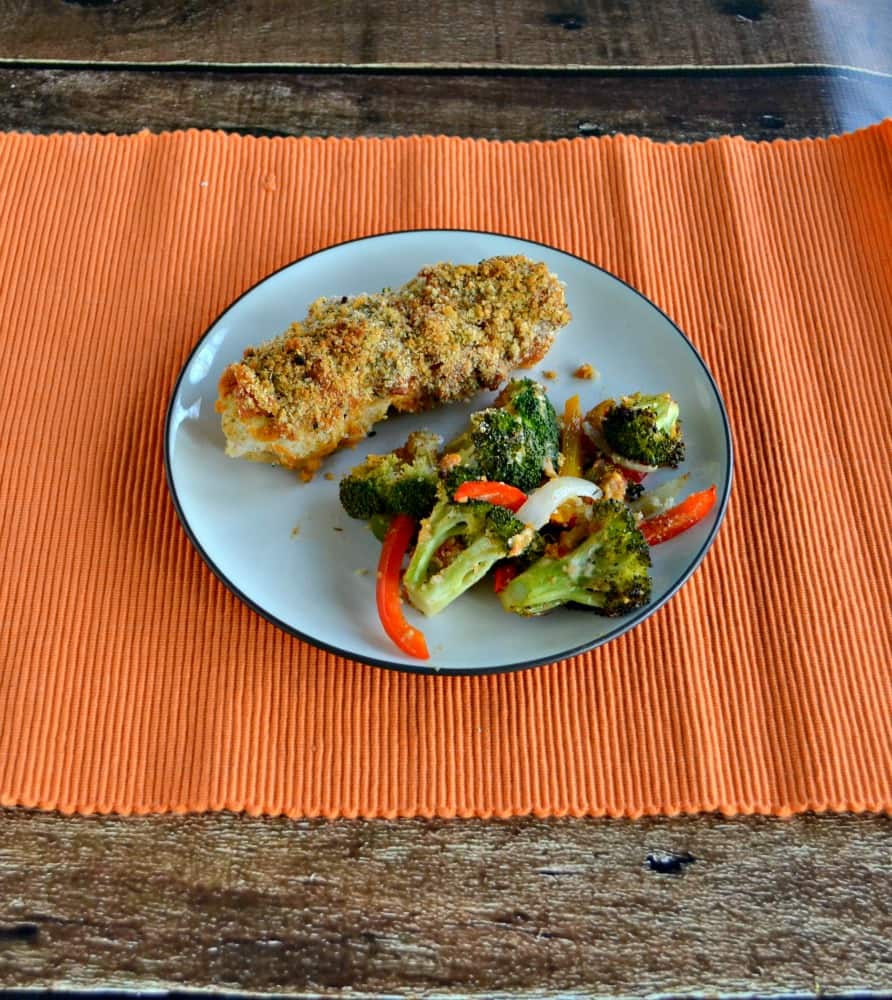 I am a Sabra Tastemaker and have been compensated for this post and recipe but all opinions, ideas, and photos are 100% my own.