In a world crawling with vampires, Romania is the safest place left on earth. Thanks to the Little Council, there hasn't been a vampire on Romanian ground in over five centuries, until one day when Liana Cantacuzino is ordered to bring one in, covertly.

Enter Maximilien Hess, a thousand-year-old vampire determined to ruin the existing order of things. When all is revealed, Hess's secret changes everything, and a reluctant alliance is formed because the alternative is much worse.  (-synopsis)

The Impaler Legacy Omnibus, a vampire saga like no other, includes:

A Victory that Counts (novella) 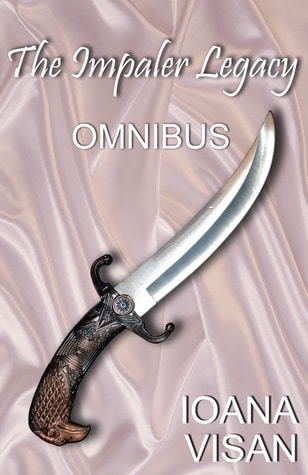 The world is full of vampires.   Every country has them except one.   Romania has closed its' borders to vampires and has not had one cross its border in hundreds of years.  In order to protect the country The Little Council and their guards have kept them out.

Then the President asks for a vampire to be brought to the country on a secret assignment.  His name is Max and he is a very old vampire who is able to control himself.  Liana, one of The Little Council, is tasked with keeping Max alive and well.  The two have a love hate relationship as Liana has been raised to hate all vampires.  But when a new species of vampires rises up, Liana and Max must join forces to try and defeat them.

Add to this Doctor Jesse, a doctor who gets mixed up in the middle of it all.  Jesse and Liana soon become intimate and are quite the pair.  They travel to New Zealand where all of the new vampires are breeding to try and stop them.  Liana is in charge of the guards, Max is in charge of the vampires, and Jesse takes care of the injured.  Together the trio embark on the fight of their lives.

I like how strong Liana is in this story.  She takes charge and knows how to take care of herself.  There are moments where she loses herself in Jesse which shows her softer side.  Jesse is a kind, caring, and strong male doctor who wants to help in the war against the new vampires.  Then there's Max.  He wants to stop the new breed of vampires but he's keeping a secret as well.

This is a great book for those that enjoy vampire novels.

About the Author Ioana Visan:

Award-winning writer Ioana Visan has always dreamed about reaching the stars, but since she can't, she writes about it.

After fighting the apocalypse aftermath in "Human Instincts", she played with shapeshifters in “Blue Moon Café Series: Where Shifters Meet for Drinks”, and then she dealt with vampires in “The Impaler Legacy” series, before tackling longer works like a fantasy trilogy and a science fiction series.

Aside from publishing short stories in various Romanian magazines and anthologies, she published a short story collection "Efectul de nautil" and the Romanian edition of "Human Instincts".

She was awarded the Encouragement Award by The European Science Fiction Society at Eurocon 2013.

Connect with the Author:

Buy The Impaler Legacy Omnibus  on: