I haven't been using my Instant Pot as much as I used to and I'm not really sure why.  I like how easy and convenient it is to use.  Food gets really tender in the Instant Pot and it does it much quicker than in a slow cooker. It's just not something I've been using regularly. 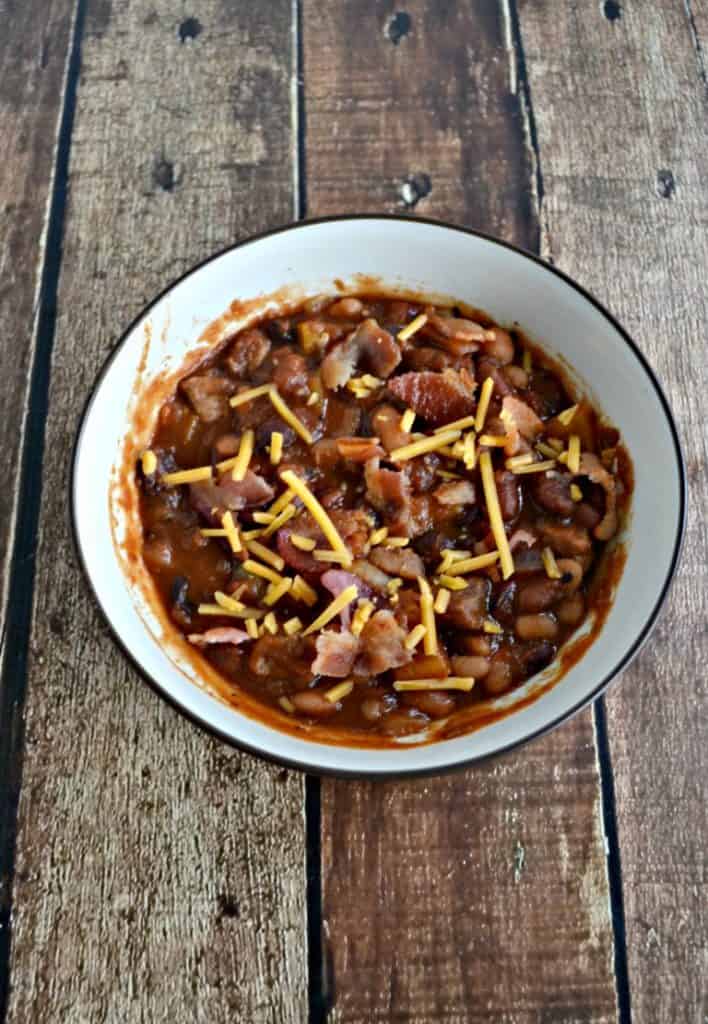 Last week I had Cowboy Steak and Beans on the menu.  The high temperature was supposed to be 63 degrees and I thought it would be easy to cook this on the stove top or oven.   Once the day rolled around it was 75 degrees which is a little warm to cook in the kitchen all day.  In addition to that I didn't read the instructions thoroughly that said I had to cook the dried beans for hours.  I was pretty sure I had ruined our dinner.

I ended up cooking the beans, tomatoes, and beef broth in the Instant Pot for 40 minutes.  Next time I make this I'll add in the celery as well because it needs time to get tender.  After that I basically tossed in all the other ingredients and cooked them for another 20 minutes.   That was it!  Instead of taking hours and hours this recipe ended up taking about an hour and a half and I didn't have to do much except throw in the ingredients. 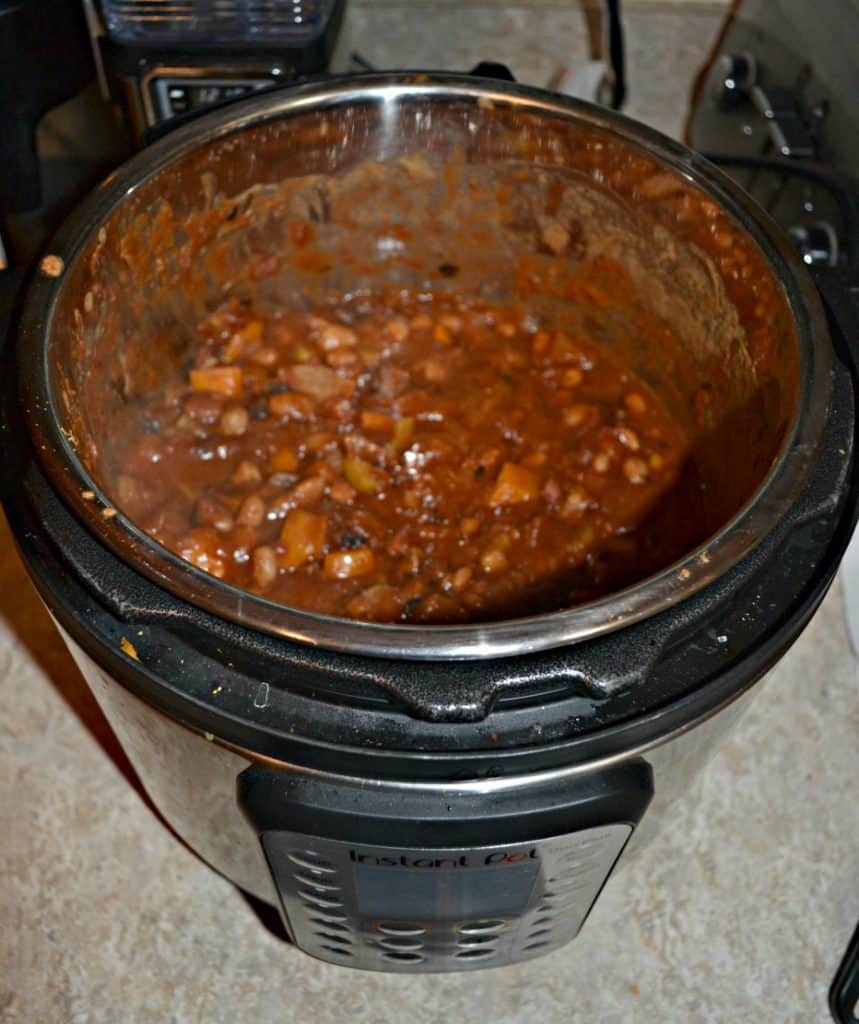 I wasn't sure what the end result of this recipe would be.   I thought maybe it would be similar to chili or maybe a thick stew but I really wasn't sure.   It did end up being thick and similar to chili but with a different flavor.  It had a much tangier and a little sweeter flavor then chili and this had steak in it instead of ground beef. 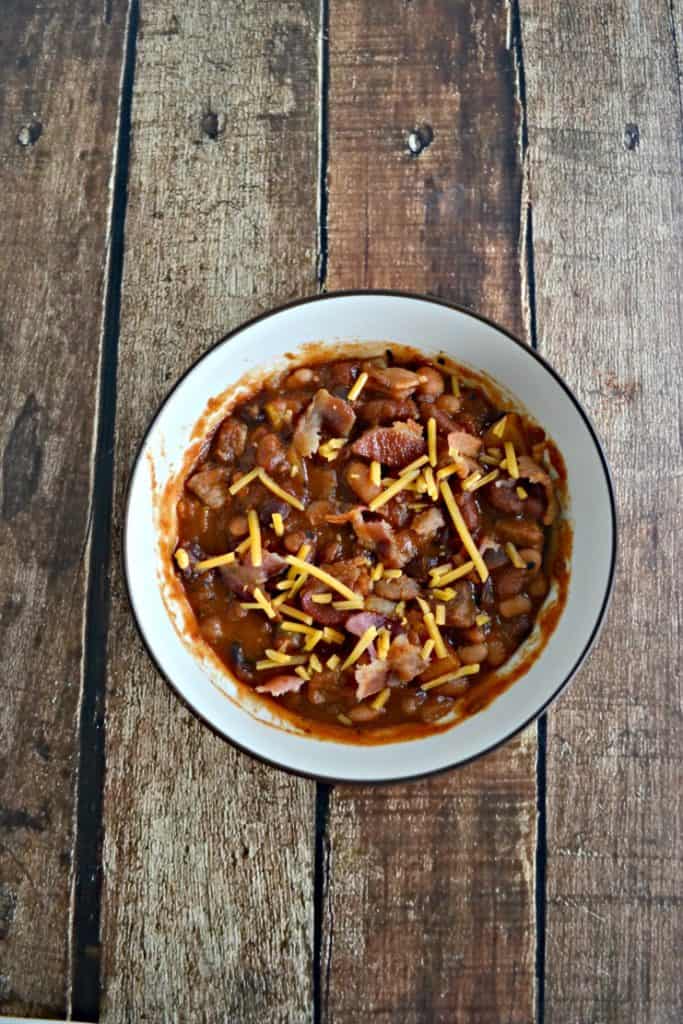 Since I was using the Instant Pot and not cooking the steak for all that long I went with Certified Angus Beef Sirloin steaks and cut them into 1 inch cubes.  They ended up pretty tender with this Instant Pot Cowboy Steak and Beans.   This makes a ton so you will have plenty of leftovers.  We ended up eating it with a side of bread the first night.  The second night we served it over top of baked potatoes along with sour cream and cheese and it was awesome.   It would also be good over nachos.  This is one of those cook once, each two or three times recipes. 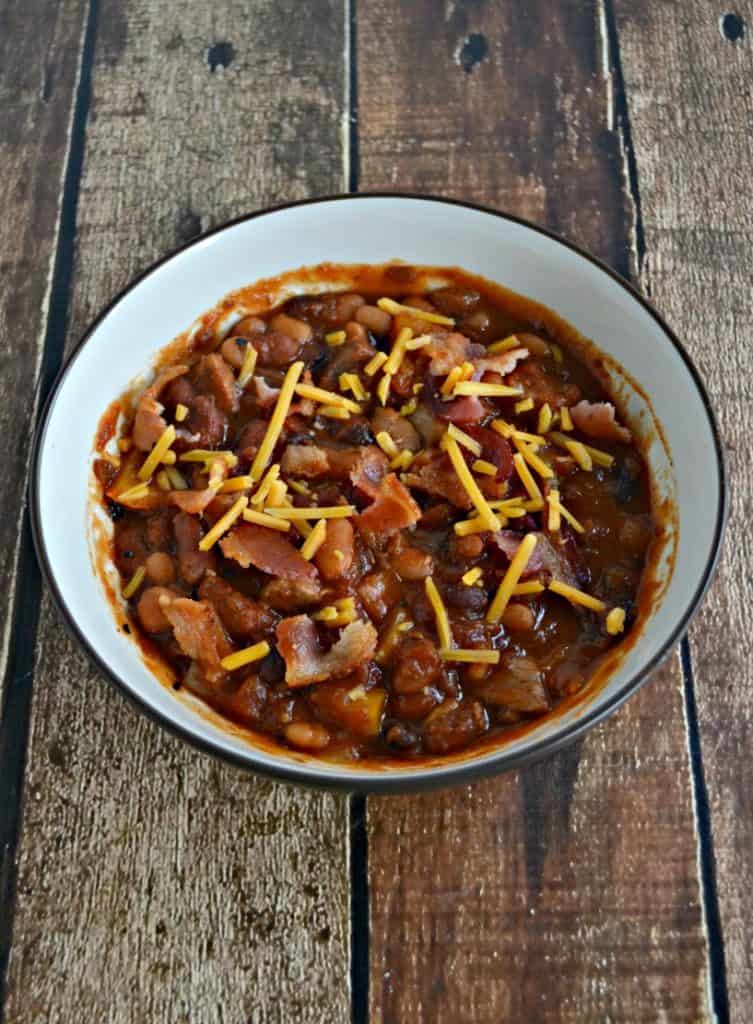