I first heard of the Mississippi Roast about five years ago.  There were several things that I really liked about this recipe.  The first is that there are only a handful of ingredients so that it's easy to make.  The second is that it was a slow cooker recipe so I could make it before work and come home to an awesome dinner.  The last thing I liked was that it had a ton of flavor without using a ton of ingredients. 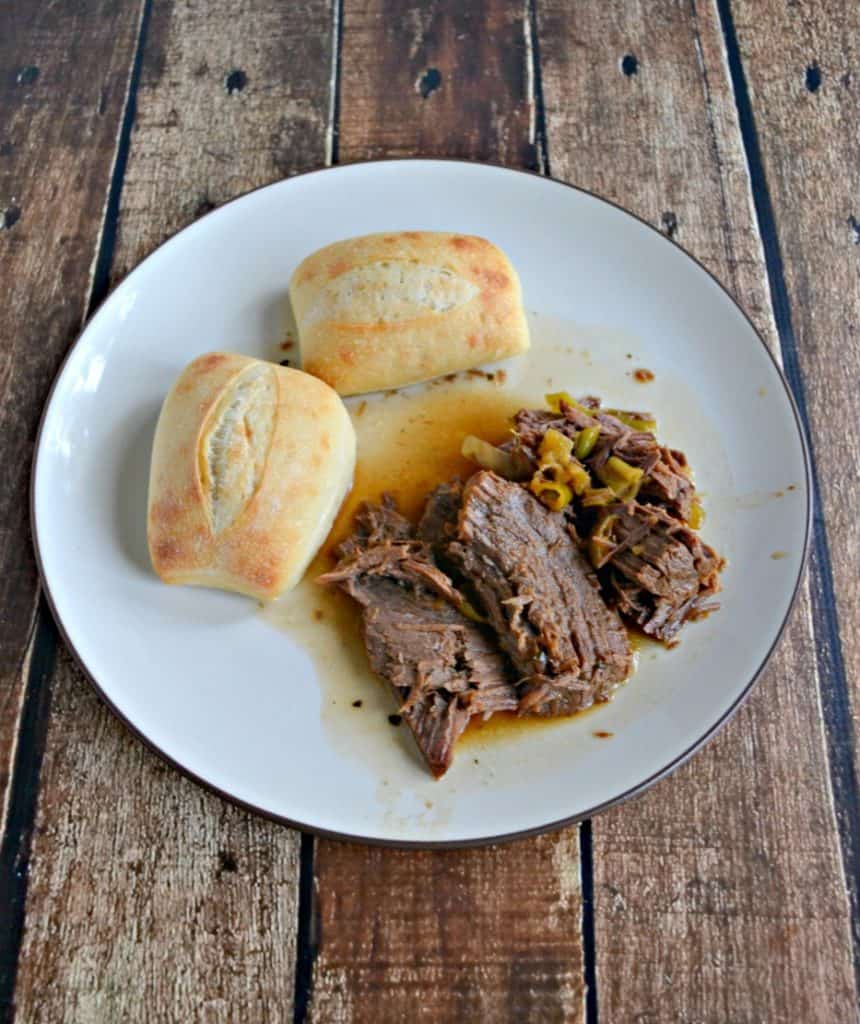 Fast forward several years and I've made a few tweaks to my recipe and am sharing my Instant Pot Mississippi Roast.   I now will only use Certified Angus Beef brand beef roasts because it makes such a huge difference.  You can use a rump roast or a chuck roast or really your favorite type of roast in this recipe.  Another thing I've tweaked is the amount of pepperoncini's and their juice.  The first time I made this I put in an entire jar and while it was good, it was a little too spicy.  Now I use about a half jar and half the juice as well.  Then I add in a little butter and some beef broth to give the juice some body.

While the slow cooker version is great I've been trying out and Instant Pot recipe because it's so much faster. Also, if I forget to take the roast out of the freezer the night before I can cook it in about the same amount of time in the Instant Pot if it's still half frozen.  That's a big plus since I don't always remember to take the roast out and thaw it in the refrigerator.

So I dumped everything in the Instant Pot and set it to high pressure cook for an hour.   Once it was finished I let the steam release naturally for 20 minutes then released the remaining pressure.   It smelled so amazing!  I quickly shredded it and put it in a dish. 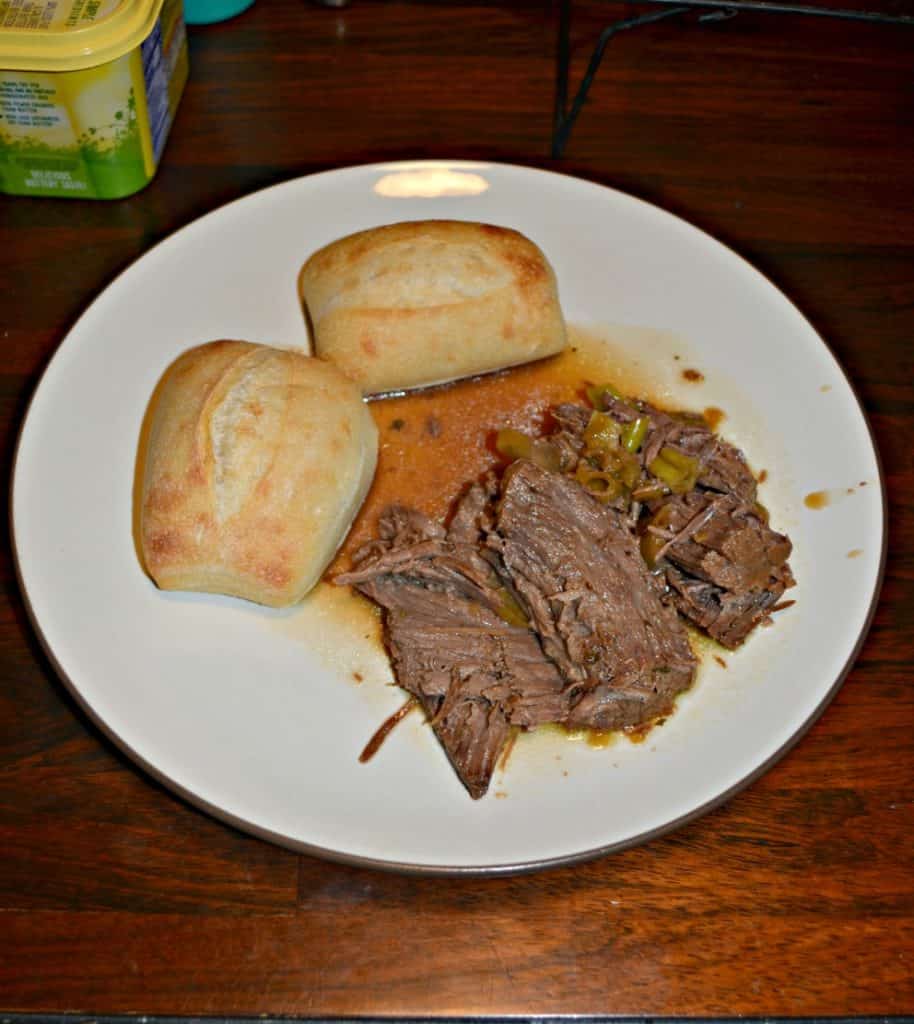 This beef is so tender and flavorful..   It has a tangy and slightly spicy flavor from the pepperoncinis and then the ranch and au jus really come out as well.   I like serving this over top of mashed potatoes or making them into a sandwich.  I also think you could make some killer nachos with this beef. 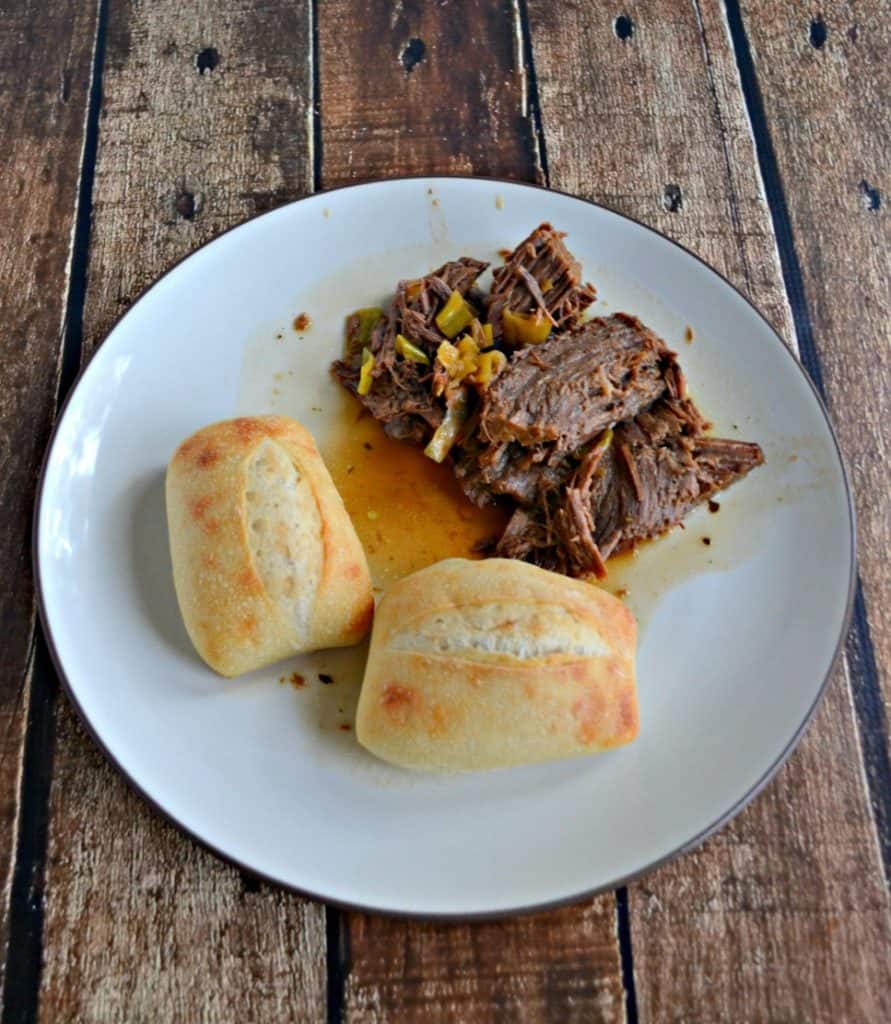