I've been trying to make more of an effort to use my Instant Pot.   It makes quick work of soups and big pieces of meat.  Things that I have to cook all day in a slow cooker are ready in an hour or less in the Instant Pot.   I figure it's in my pantry so I might as well use it. 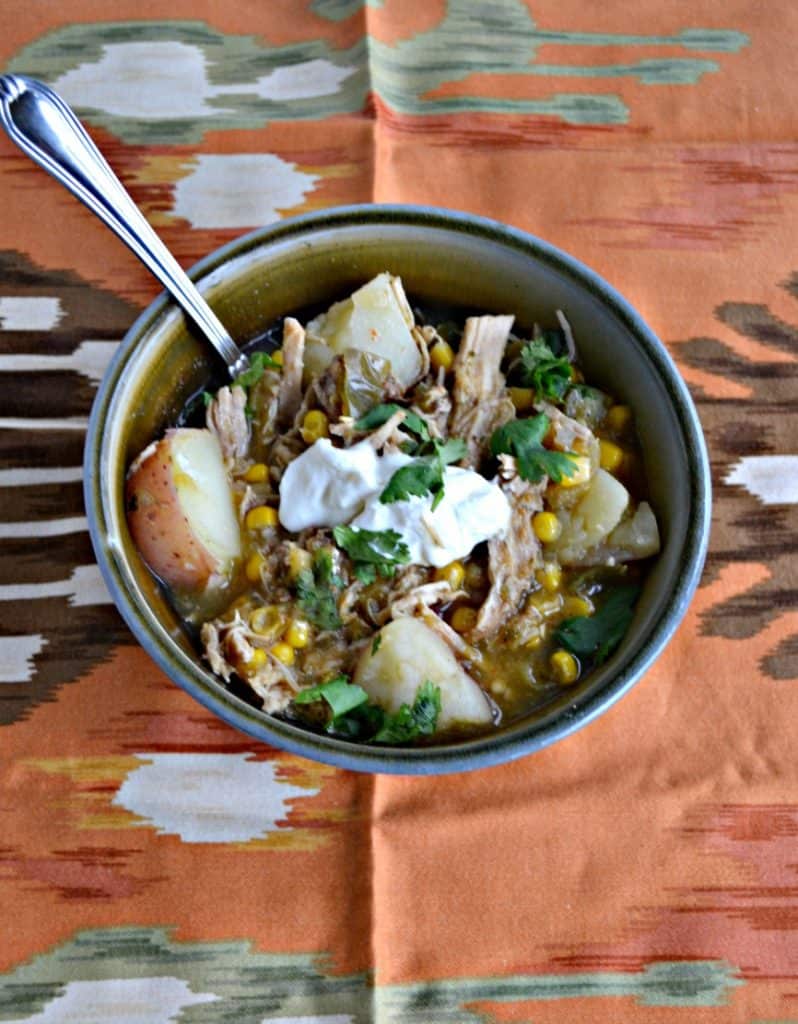 I recently came across a recipe for Slow Cooker Pork and Green Chile Stew and decided to change it into an Instant Pot recipe instead.  I put the pork loin, salsa verde, and spices in the Instant Pot and cooked them on high until the pork was tender enough to shred.

After shredding the pork I returned it to the Instant Pot and added in the potatoes, corn, jalapenos, and broth then cooked for just a few more minutes.  The result was an amazing stew that tasted like it had been simmering on the stove top all day long. 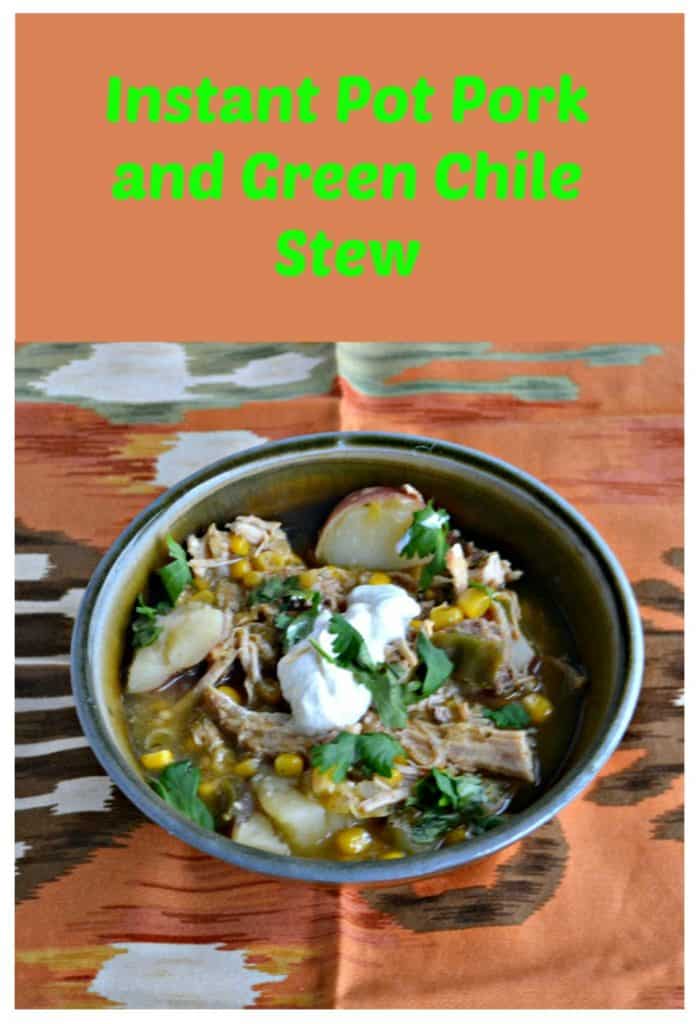 A word to the wise; both the salsa verde and the jalapenos add heat to the stew so if you don't want it too spicy you can cut both of those in half.   After the stew is ready you can put a dollop of sour cream on top, a sprinkle of fresh cilantro, and either toss in a few strips of fresh corn tortillas or a handful of tortilla chips.

This Instant Pot Pork and Green Chile Stew is super flavorful.   The salsa verde has a very distinct taste and while the soup is spicy, you can still taste the cumin, coriander, corn, and other flavors.   The potatoes add both flavor and a heartiness to the stew. 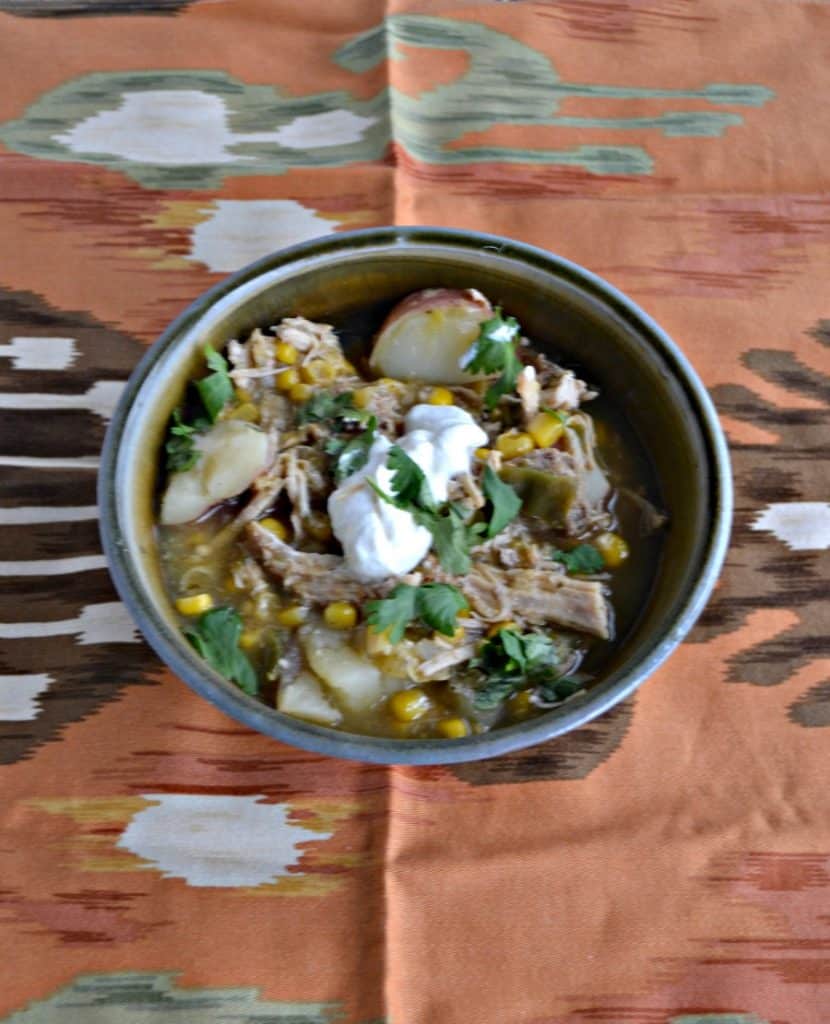 I think that if you left out the potatoes and went with just one cup of broth you could totally put this over top of nachos and it would be amazing as well.  In fact, I'm going to put the leftovers on top of nachos and sprinkle with cheddar cheese and see how it goes.  I totally love when I can make just one meal but eat it in two different ways.