Take your chicken, pork, or steak to a new level with this sweet, tangy, and slightly spicy Jack Daniel's Sauce. You'll be putting it on everything! 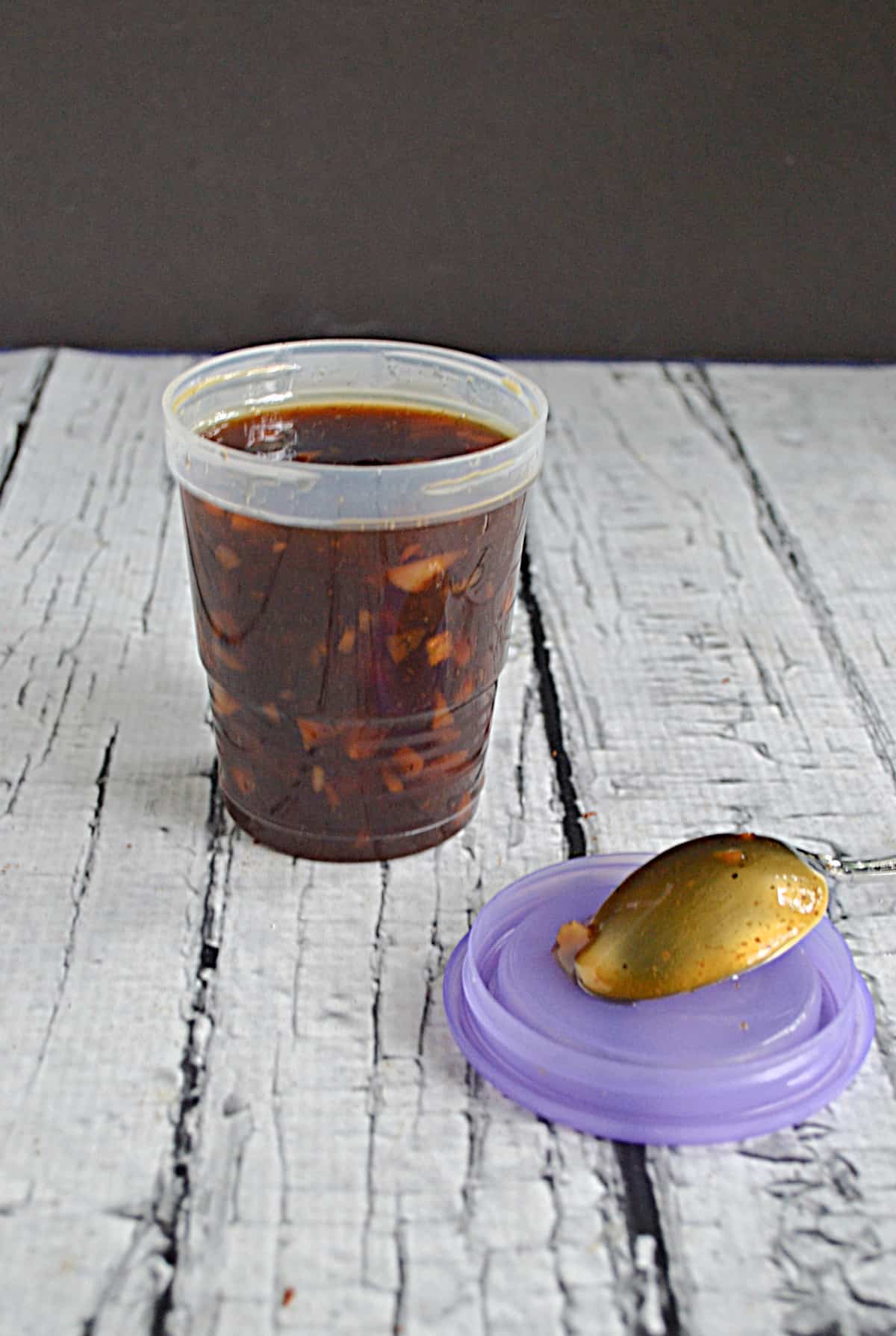 Back when I lived in Pittsburgh I loved going to TGI Friday's.   It was one of those places we went to when no one could decide on a restaurant because they had a little bit of everything.

My cousin introduced to the Jack Daniel's sesame chicken strips.  The sauce was sweet, a little tart, and rich with flavor.

The sauce was totally addicting.  Between the two of us we could have easily eaten a jar of Jack Daniel's glaze.  I don't know what they put in it, but it's amazing.

To Make the Sauce:  The first thing you need to do is roast the garlic.  Then combine the water, pineapple juice, soy sauce, and brown sugar in a medium saucepan over medium high heat. Bring to a boil, stirring occasionally. Boil for 1 minute then reduce head to medium low.  Squeeze roasted garlic into the pan along with lemon juice, onion, whiskey, pineapple, ginger, and pepper.  Simmer for 1 hour or until liquid has reduced by half. 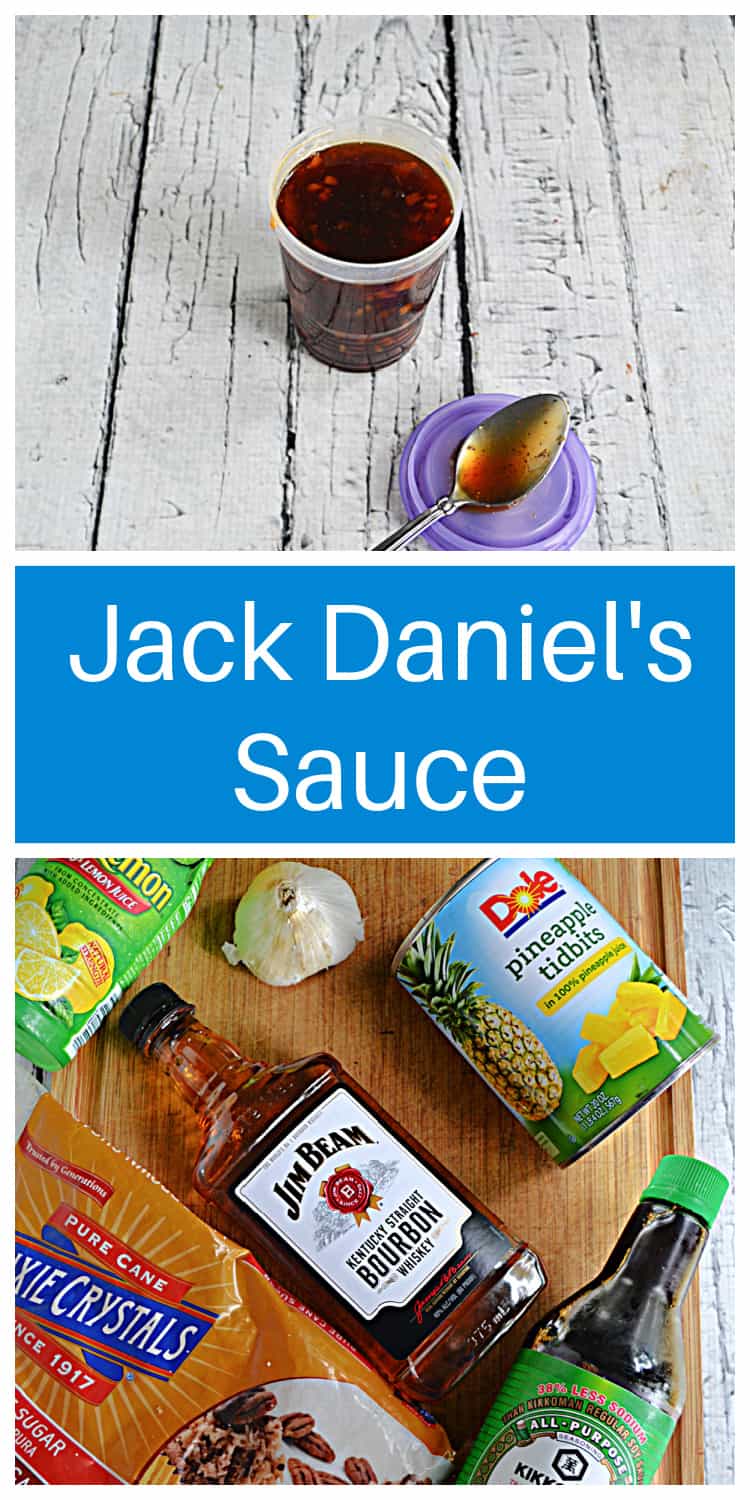 A few months ago I saw a copycat recipe for the Jack Daniel's glaze and was stoked.  I wanted to make it and try it on chicken strips to see if it tasted the same as it did at the restaurant.

I didn't end up making it right away because I could never remember to buy pineapple juice at the store.  I finally bought the juice and made the sauce the day before I was going to use it.

Just the smell of it cooking on the stove was enough to make my mouth water.  I quickly tasted it before I put it in the jar and I practically swooned.

Can I roast a head of garlic in an air fryer?

You use the same method as described below.   Clean off the papery part of the garlic, cut off the top, drizzle with olive oil, and wrap in foil.  Put the air fryer on 375 degrees, make sure the garlic is at least 2-3 inches from the top of the air fryer, and roast for 25-30 minutes.

Can I use the juice from a can of pineapple?

Yes!  I often just use the juice from the pineapple can since you need pineapple anyhow.  I usually have a little less than a cup so you can just add water to make up the difference.

Can I use a different whiskey?

You can.   It's called Jack Daniel's Sauce because that's what is used at the restaurant but any whiskey will work.  I've actually used Jim Bean bourbon in place of the whiskey as well and it works just fine as well.

How do I store the sauce?

Keep the sauce in a mason jar or other air tight container in the refrigerator.  It will last  for up to 3 weeks. 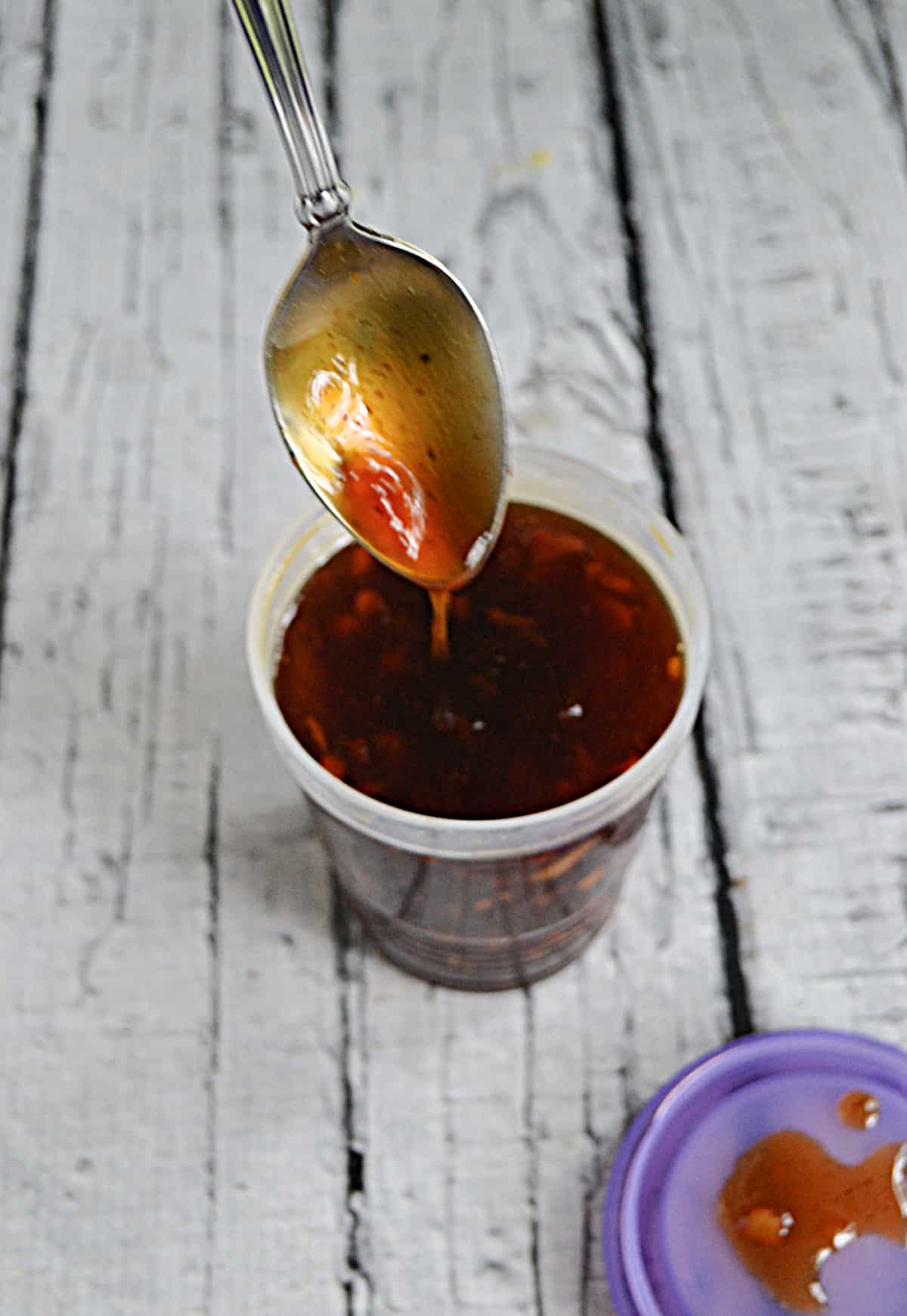 I ended up using the sauce as both a glaze for the chicken strips and as a dipping sauce. I think it would work well with shrimp, steak, or ribs as well.

My husband wasn't sure if he would like it because of the amount of brown sugar in the recipe but he ended up saying how good it was and how he'd like to have it on shrimp next time.  The recipe is easily doubled and can be kept in the refrigerator.

If you’ve tried my Jack Daniel's Sauce or any other recipe on Hezzi-D’s Books and Cooks please take a minute to rate the recipe and leave a comment letting me know how you liked it. I love hearing from you! You can FOLLOW ME on: 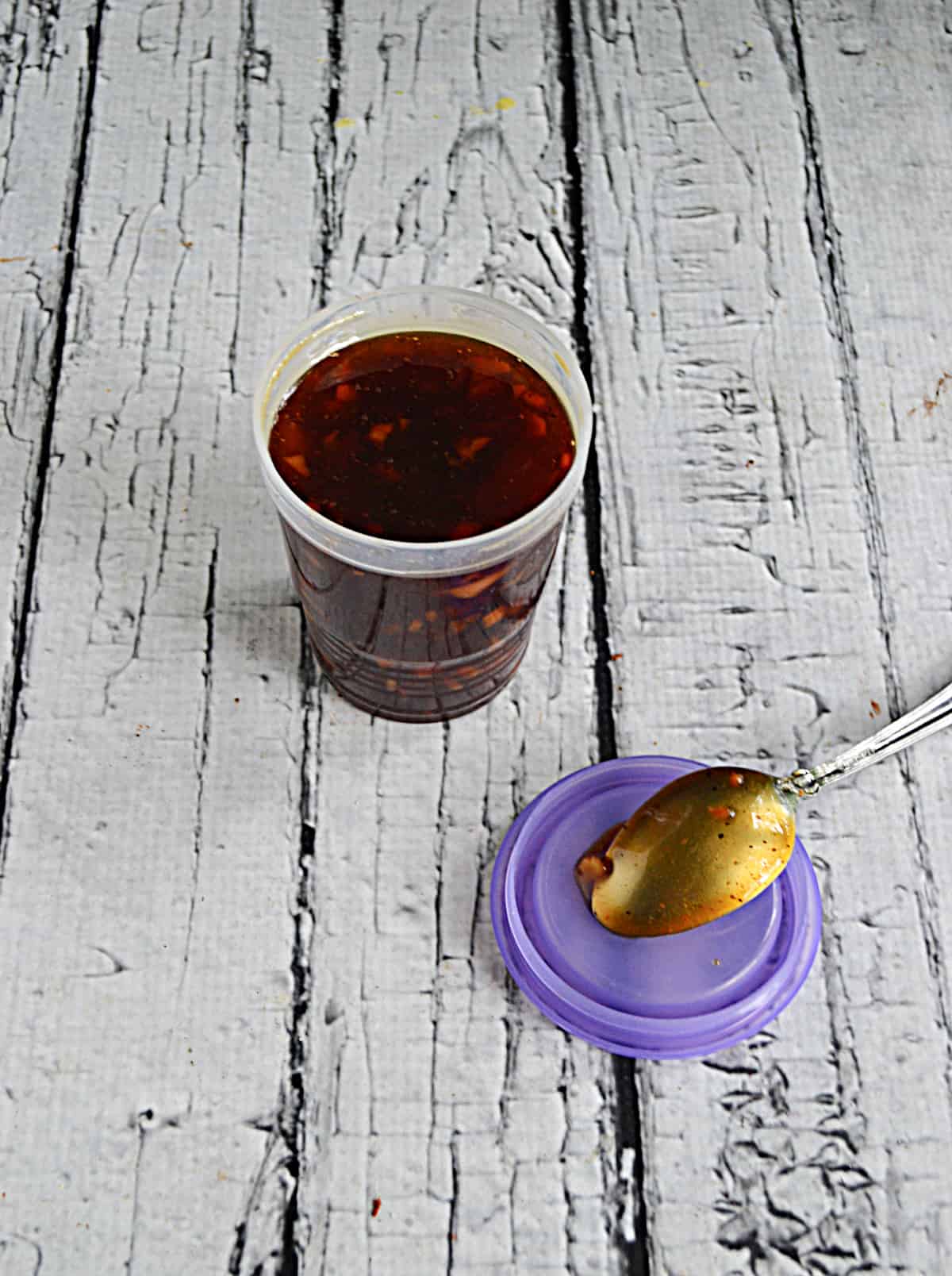 Recipe from Sunny Side Up blog 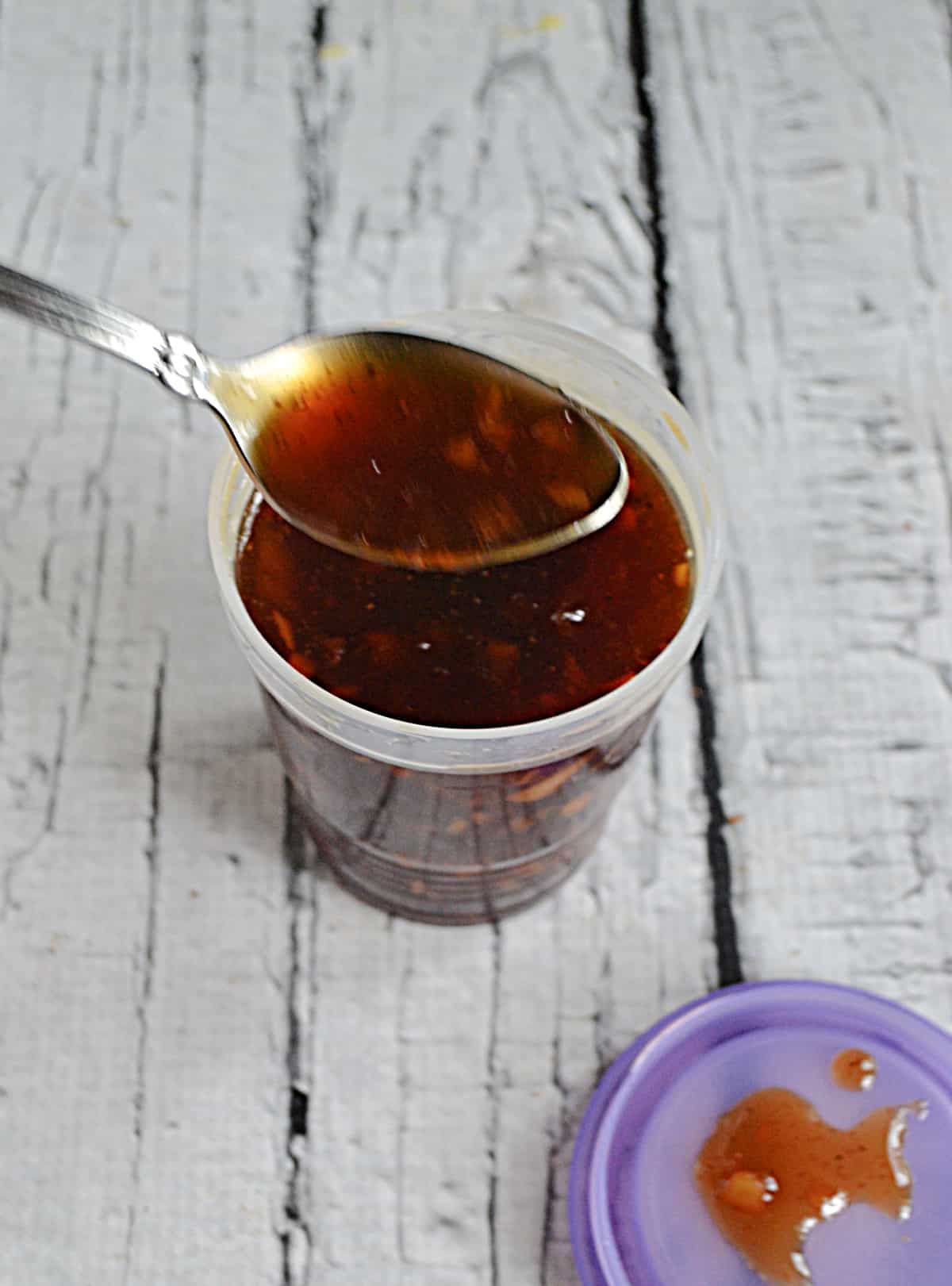