Mardi Gras is right around the corner and you know what that means!  Mardi Gras is celebrated on the day before Lent and is generally a day where people eat and drink whatever they want before starting the Lenten season.

While I don't really celebrate Mardi Gras I do think it's a fun holiday and I do like to make a little something in celebration. 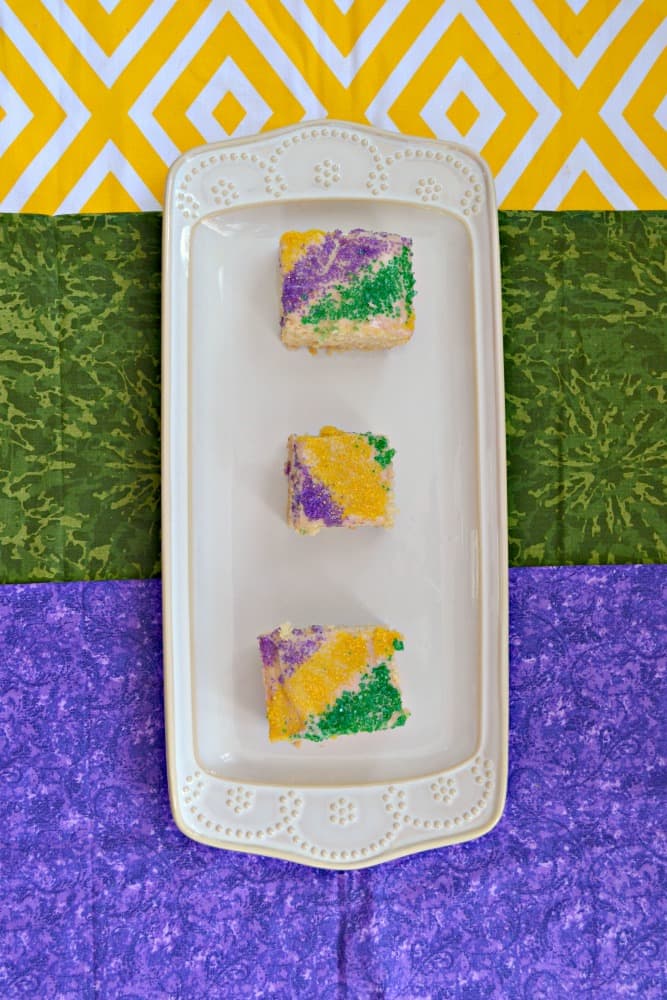 In previous years I've made a King Cake, tri-colored cupcakes, and a King Cake Cocktail.   One thing I haven't made are Mardi Gras cookies but that is about to change.

This months Creative Cookie Exchange theme is Mardi Gras Cookies.   Not that I needed an excuse but this definitely gave me the motivation I needed to make a delicious cookie!

I looked high and low for a King Cake Cookie recipe.   I found many different ones but nothing sounded like something I wanted to make.

So I took matters into my own hands and basically took elements from 3 different recipes as well as some of my own ideas and I came up with these awesome King Cake Cookie Bars.

I wanted to make a bar cookie because they are easy to make.   It's one pan, in the oven, and then it's done.

Now whenever I think of a King Cake I think of cinnamon, a powdered sugar glaze, and colored sprinkles in the Mardi Gras colors of purple, green, and gold. 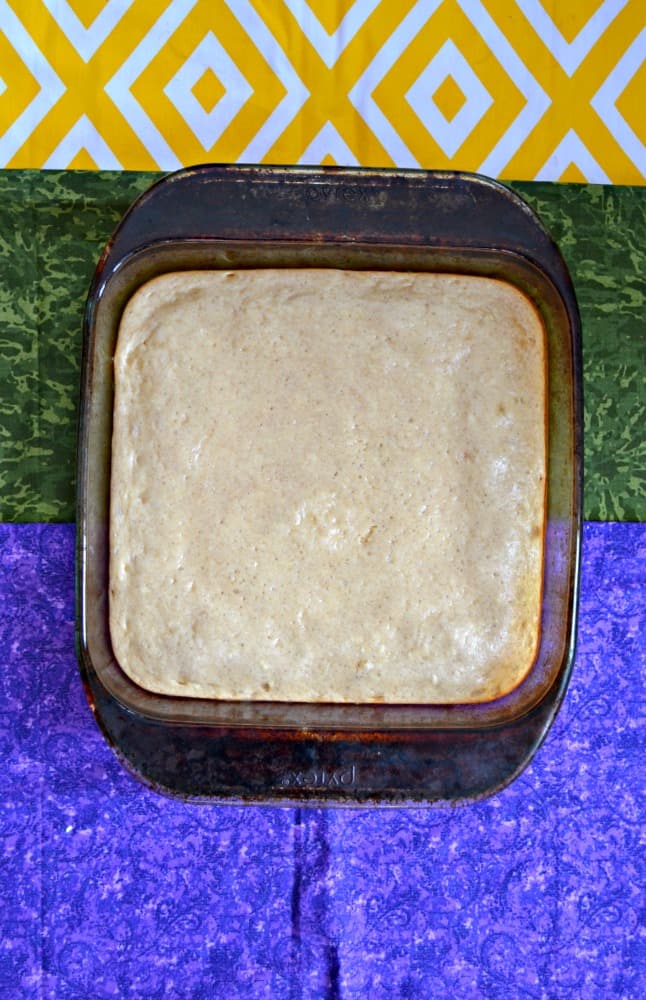 The base of my cookies is my favorite sugar cookie dough with the addition of cinnamon.  I think the cinnamon gave the sugar cookies a nice kick of spice.  While I baked the base in the oven I started on the top layer of the cookies.

The top layer is similar to a spiced cheesecake.  There aren't too many ingredients but it's a basic cheesecake mixed with cinnamon and nutmeg.  This is poured over top of the cookie layer and then it's all baked in the oven. 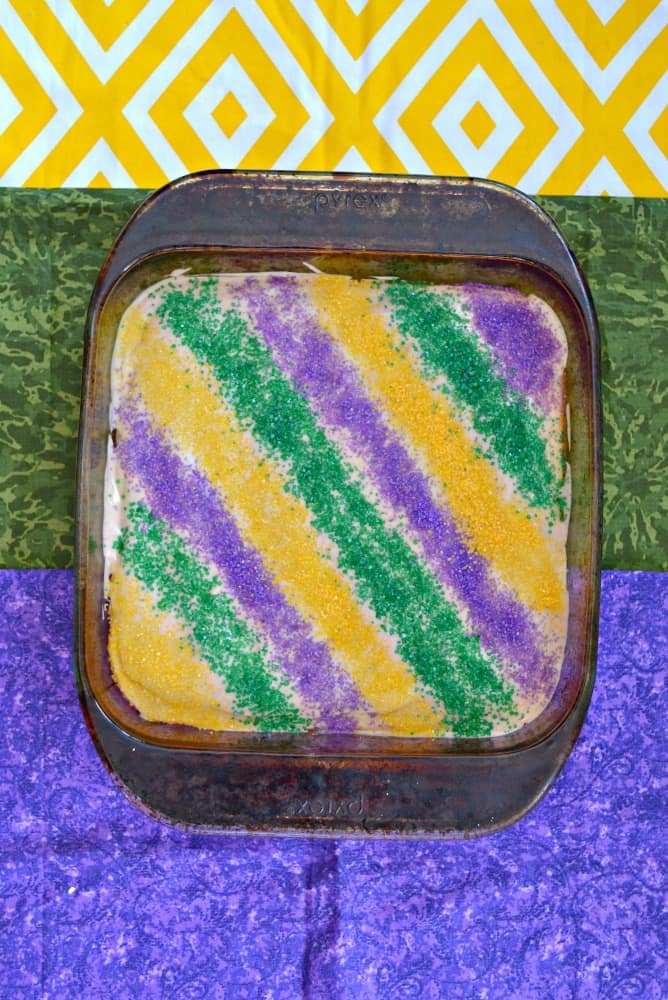 But that was only the beginning.  I then whipped up a quick powdered sugar glaze and poured it over top of the cooled cookies.

Then I took my sprinkles and made a pretty diagonal pattern with them.   They looked great in the pan and when I cut them into cookies they looked really fun!

These cookies are awesome!   It's basically 3 desserts in one and it tastes similar to a King Cake.  With the glaze and sprinkles on top it's definitely an awesome Mardi Gras dessert.  It's fun, it's festive, and it tastes delicious!

For the cheesecake layer: 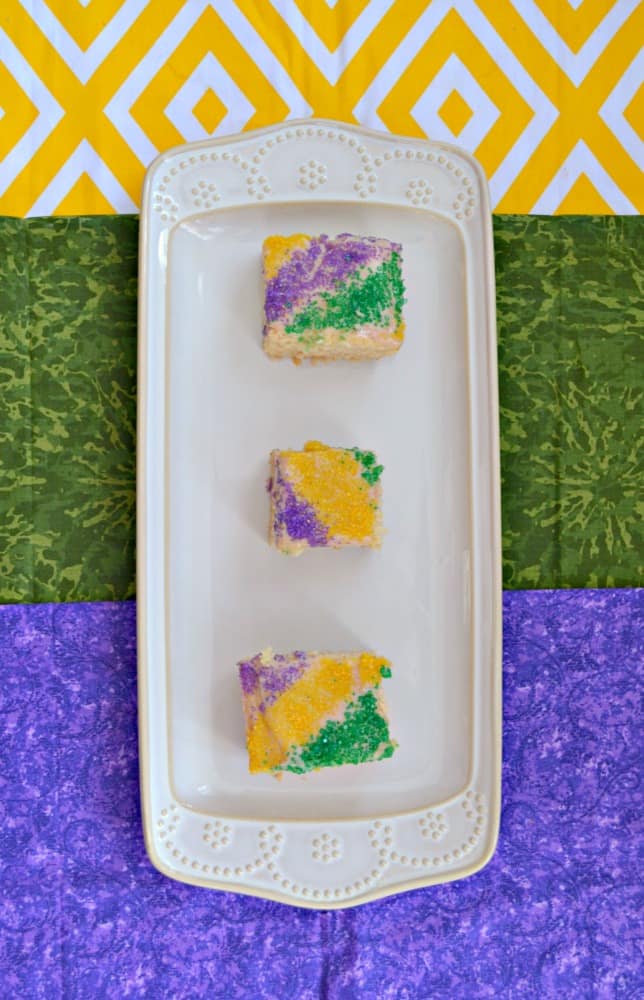