WHEN THE FEDS CAME FOR MICKEY SCANLON, THEY CAME HARD.

Hard-hitting crime photographer Mara Cunningham is back on the streets of Boston.

The FBI scooped up the city's most notorious real estate developer without warning, and they're not saying why.

As Mara digs into Mickey Scanlon's arrest, every clue she uncovers turns up more trouble: gun-toting militias, corrupt bankers, and psycho arsonists. All of them have a score to settle with Mickey, and they'll run over anything--or anyone--who gets in their way.

They have no idea what they're in for.

TOO LATE TO RUN is the third book in the Mara Cunningham series. It follows Boston's most dangerous photographer as she solves mysteries, uncovers secrets, and busts some heads. It's dark, gritty, and action-packed.  (-synopsis) 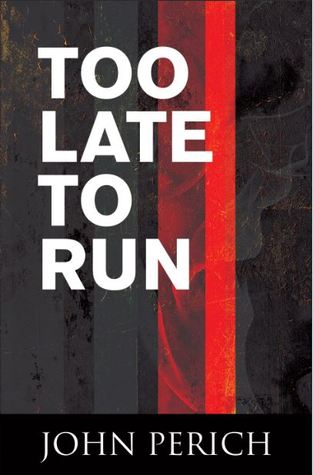 This book starts out fast with the feds coming for Mickey Scanlon is his office.   As he hears them coming, he sets fire to his filing cabinets and kills the hard drive on his computer.  Nothing is left except Mickey himself by the time they reach him.

The Feds show up at Mara's place of work the next day wanting to know what she knows about him.   She hasn't heard from him in a long time but apparently he called her cell phone right before the police entered his office.  Mara swears she knows nothing about it and the feds leave.

Later that day one of Mickey's associates shows up.  He wants to hire her to dig a little deeper into what is going on.  Mara only agrees after getting a very nice paycheck but the work is dangerous.   Everywhere she goes she is in danger.  She finds more and more unsettling evidence against Mickey and his associates.  The more she digs, the worse it looks.

I found this book to be interesting but a little slow moving.  I was really into it in the beginning and enjoyed the ending but I felt like the middle dragged a little.  It's a good book for anyone who enjoys thrillers.