All About Flour » Lemonade Cake

So the other day we went to my future sister-in-laws parents house for a BBQ.  It was our first time going to their house and I wanted to make a really great dessert to take up with me.  I asked my brother what he thought I should make and he promptly asked if I could send him a link to my Pinterest page so he could pick something for me to make. 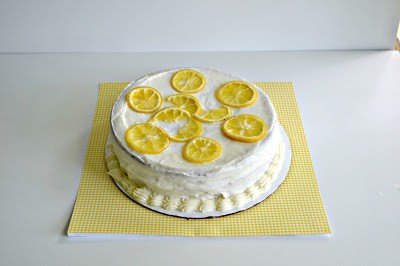 He came back with mini black bottom cheesecakes and a savory flan or else just a lemonade cake.  I'm not big of flan and I knew he couldn't eat the cheesecake (he can't eat chocolate due to migraines) so I opted for the lemonade cake.  Unfortunately I was also having brunch for my book club that same day so I ended up spending several hours in the kitchen Friday night baking desserts.

I decided to take a chance with the cake and use King Arthur Self-Rising Flour.  I've never used self-rising flour before but after reading about the flour it seemed easy enough to use.  You can use it in any recipe that calls for it or it can be used in recipes that have both flour and baking powder.  Simply eliminate the baking powder and salt and add one more tablespoon of flour then the recipe calls for. 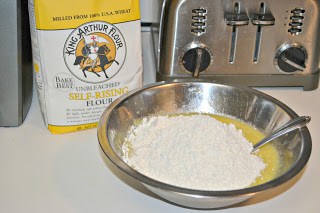 I mixed up the batter and loved the super lemony smell.  Once it was mixed together it began bubbling a bit which made me nervous.  Into the oven it went and the cakes that cake out were just fabulous!  They rose just fine in the oven and turned golden brown on the edges.

The cake was firm and easy to layer.  The frosting has lemonade concentrate in it so the entire cake has a bright lemon flavor.  I decided to decorate it with candied lemon slices which added the perfect sour but sweet topping.  The cake was a huge hit at the BBQ!

1.  Preheat the oven to 350 degrees.  Line two 9 inch cake pans with parchment paper on the bottoms and spray the sides with cooking spray.  Set aside.

4.  In a small bowl combine the flour and baking soda.  Add half of the flour mixture to the butter mixture and stir until combined.  Slowly stir in the milk, mixing until it is incorporated into the batter.  Add the remaining flour and mix well.

5.  Divide the batter into the two prepared pans.  Bake for 20 minutes or until the edges are golden brown and a toothpick inserted into the middle comes out clean.  Remove from oven and allow to cool for 5 minutes.  Run a knife around the edges and remove from the pans.  Peel off the parchment paper and cool completely on wire racks.

6.  Increase the temperature of the oven to 400 degrees.  Take the lemon slices and totally coat them in the sugar.  Place on a baking sheet and bake for 10-15 minutes.  Remove from oven and cool completely.

7.  To make the frosting combine the butter, lemon peel, lemonade concentrate, and vanilla.  Mix with a hand mixer at medium speed or until the mixture is smooth.  Add the powdered sugar in half cup intervals until your frosting is the desired consistency.

8.  To assemble the cake place one layer on a cake board and spread ½ cup of frosting on top.  Top with the second cake layer and spread the remaining frosting over the sides and top of the cake.  Before serving top with the candied lemon slices. 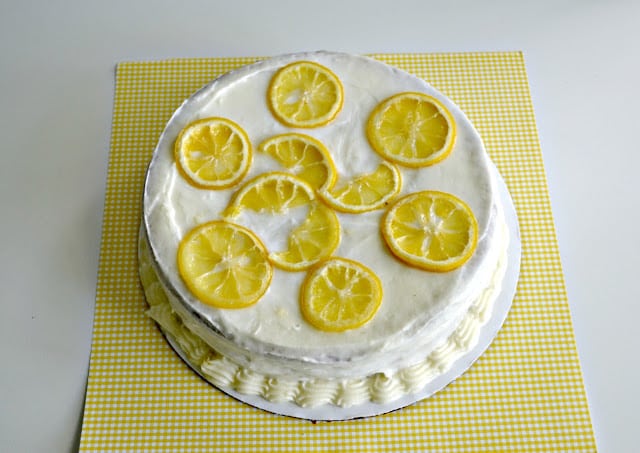